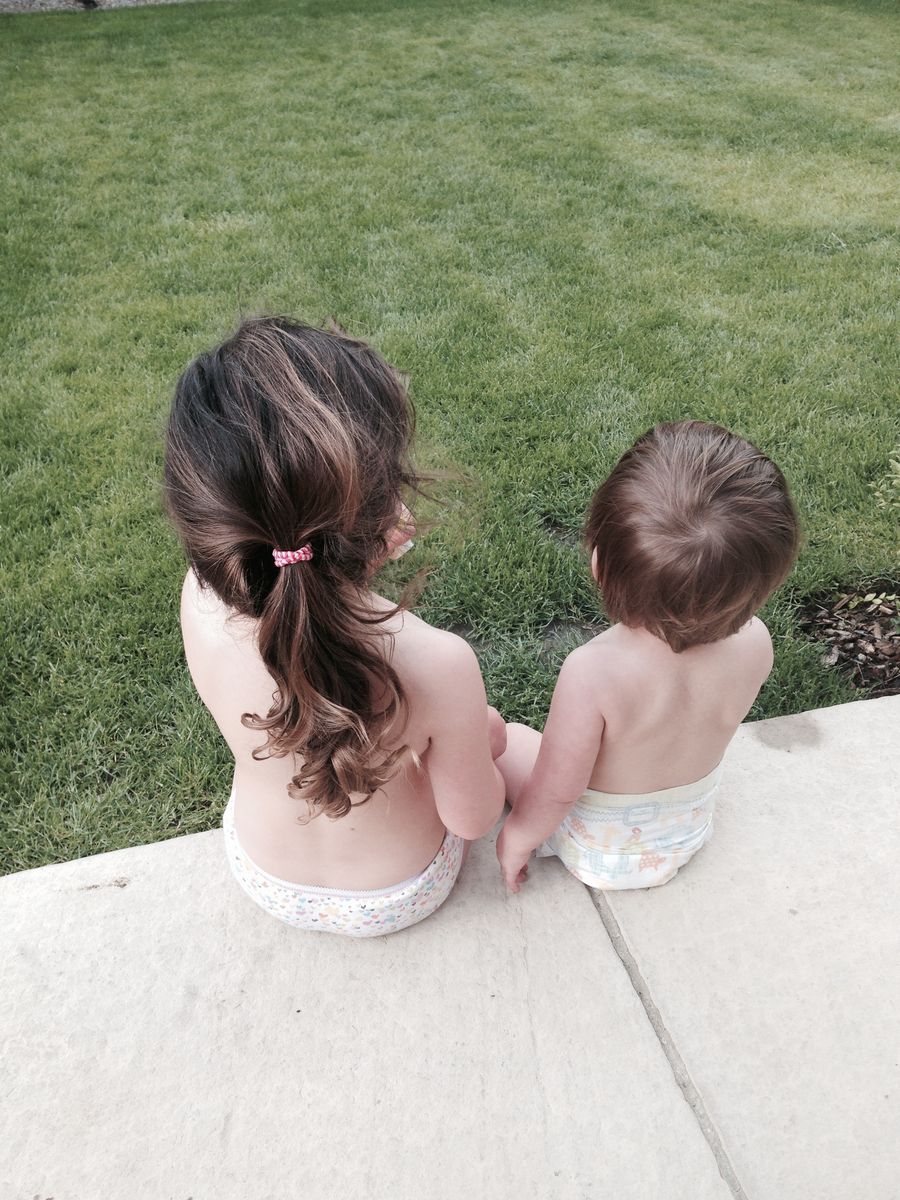 We had a lovely little weekend, although far too short, I must say!

I started a permanent position at work this week and think this will be the first full weeks work I would have done since joining as a temp a month or so ago, especially with all the lovely bank holidays, and I was getting rather used to being able to have unpaid days as and when I could!!

I think it has been the perfect transition from being a stay at home mummy for over a year to working full time again though. A sort of toe in the water approach! So I can’t complain.

Oh yes I can, I’d much rather win the lottery and not have to work at all! There we go!

Why can’t we have five day long weekends and just work two days a week instead!!

AlthoughI suppose this is more than possible – and it would be called part time!

So with the weather on Saturday morning looking rather on the glum and murky dismal side, I didn’t have high hopes for the weekend at all!

I took H off to her weekly Saturday morning dance class (although I call it ‘prance’ class as, I love her and everything, but you can hardly call it dancing!!)

On the drive back home the heavens well and truly opened! Poor H was trying to talk to me and ask me questions from the seat behind and I couldn’t hear a thing!

Once I’d parked the car up in the driveway – I sprinted round to the other side of the car to unclick H from her car seat – and sod’s law – the fastener got stuck, and I got drenched!! H thought this was hilarious!

Literally two strides from the car and we were safely back in the house though – two bedraggled little wet heaps!!

To Mr B and I it was just another storm, and part and parcel of nature’s wonderful weather, but to H it was so exciting. Ok – so it wasn’t the first that she’s seen, but often beforehand they’ve been at night whilst she’s been tucked up all warm and snug in her bed, so didn’t have a clue as to what was happening outside. We quickly kicked off our shoes and went straight into the living room and sat on the coffee table in the bay window to just watch the rain. I was going to say pitter pattering down the window – but it wasn’t. Rather more it was hammering down onto my little car and thudding on the window panes. The gutter (note to self: which we really must fix) was gushing with a torrent of water down onto to driveway below.

H was mesmerized – only for those few minutes until the storm passed and the torrential rain cleared away into drizzle, where we just sat there, close and cuddling, a mummy and daughter moment, where we were both silent but immersed in what we were watching…together.

The rest of Saturday was spent busying ourselves round the house again, much as it is every weekend which is rather boring!

I read other blogs where there seems to be endless amounts of fun things that people have been up to, and really feel quite sorry for my poor kids that mummy and daddy are just doing the boring chores all the time, like catching up on the basket loads of washing  and ironing or trying to tidy up from the general mess that has accumulated over the week.

This I do find lots harder now that I’m back at work – at least while I was a stay at home mummy I could keep the daily housework and chores up together, but now there just doesn’t seem to be enough hours in the day!

Sunday was another earlyish start with more loads of washing being rushed out on to the line to make the most of the beautiful sunny morning and to get hung up quickly before we had to head off back to church again!

This time it was for my niece’s first Holy Communion.

The service was lovely – I think – we didn’t really get to see any of it as the church was totally packed out and we were huddled in a little group around the corner, seated on makeshift put-you up seats rather than the pews.

As with last week’s service, this was quite a long one too – and trying to keep your kids occupied and quiet – age range of 5 months to 4 years in our little group – was rather tricky!

A girlfriend of mine had cleverly come armed with stickers, much to her delight I’m sure; as while she was busy bottle feeding her baby, her husband, their older son and my older daughter decided it would be fun to decorate her with said stickers!

Lots and lots of them!!

But hey – at least we were keeping them busy rather than letting them run wild in the aisles!!

And also rather unfortunately – as soon as the priest asked everyone to be silent for prayers – their older son shouted out ‘uh-oh’ at the top of his voice! Obviously not meaning anything by it as he’s only two, but the timing couldn’t have been more perfect and cringe worthy for his mummy at the same time!

After the service we all headed off to a local pub where they had catering and drinks.

It was lovely to catch up with people I’d not seen in a while and its always great to let H and E run amok with the other kids!!

Another friend of mine headed off into another room to find her husband, and asked

‘has anyone seen my Nick?’

– to which H went running up to her from across the other side of the room, got on a stool and pointed to my friends neck, saying

Then it was time to return back home as E was in desperate need of a nap, so we said our goodbyes and headed off.

Naughtily, we then all had a family doze on the sofa, whilst E was down.

As soon as she woke up, we all went into the garden, to water the plants, get the washing in and just chilled out in the lovely sunshine.

I went and fetched the girls (and I!!) an ice lolly from the freezer and we just sat back on the steps and chatted (garbled/mumbled) about nothing whilst eating up our lollies!! 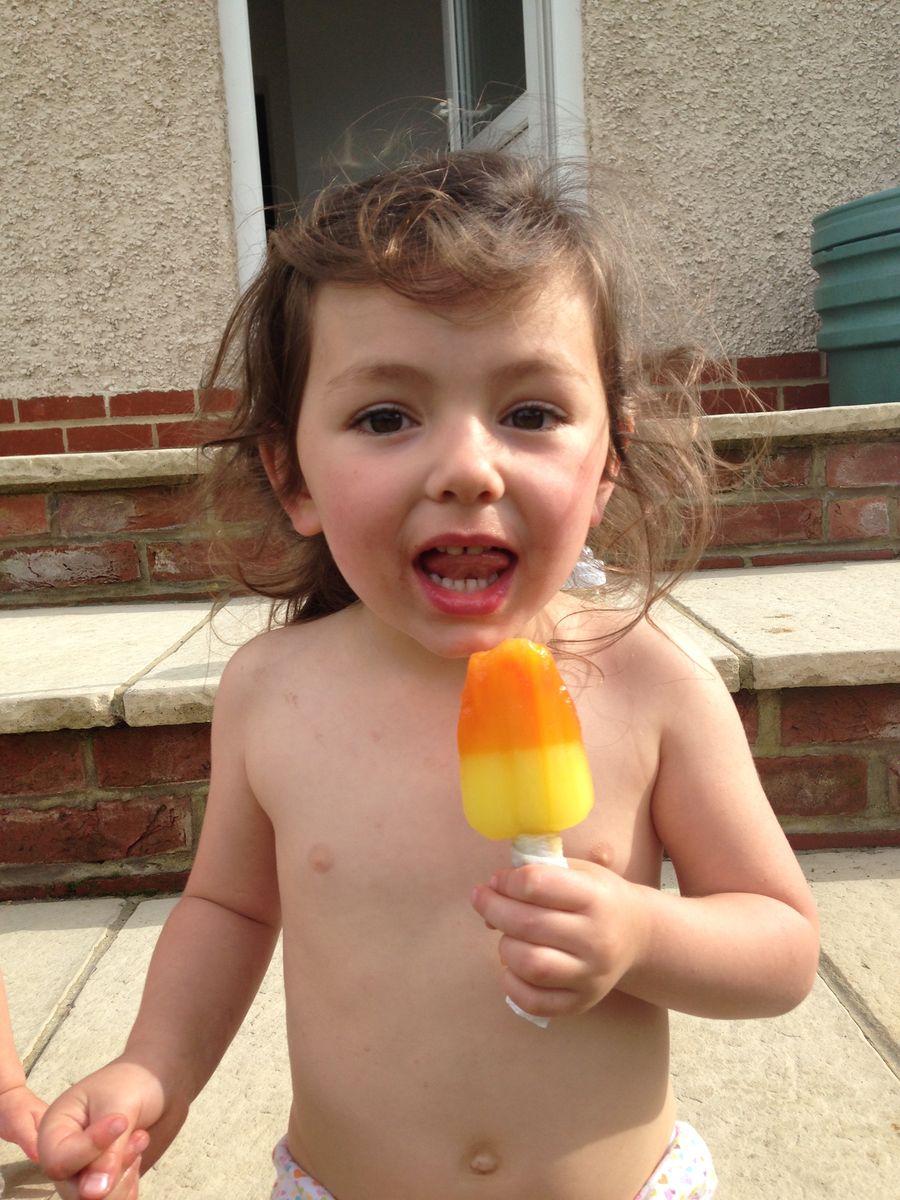 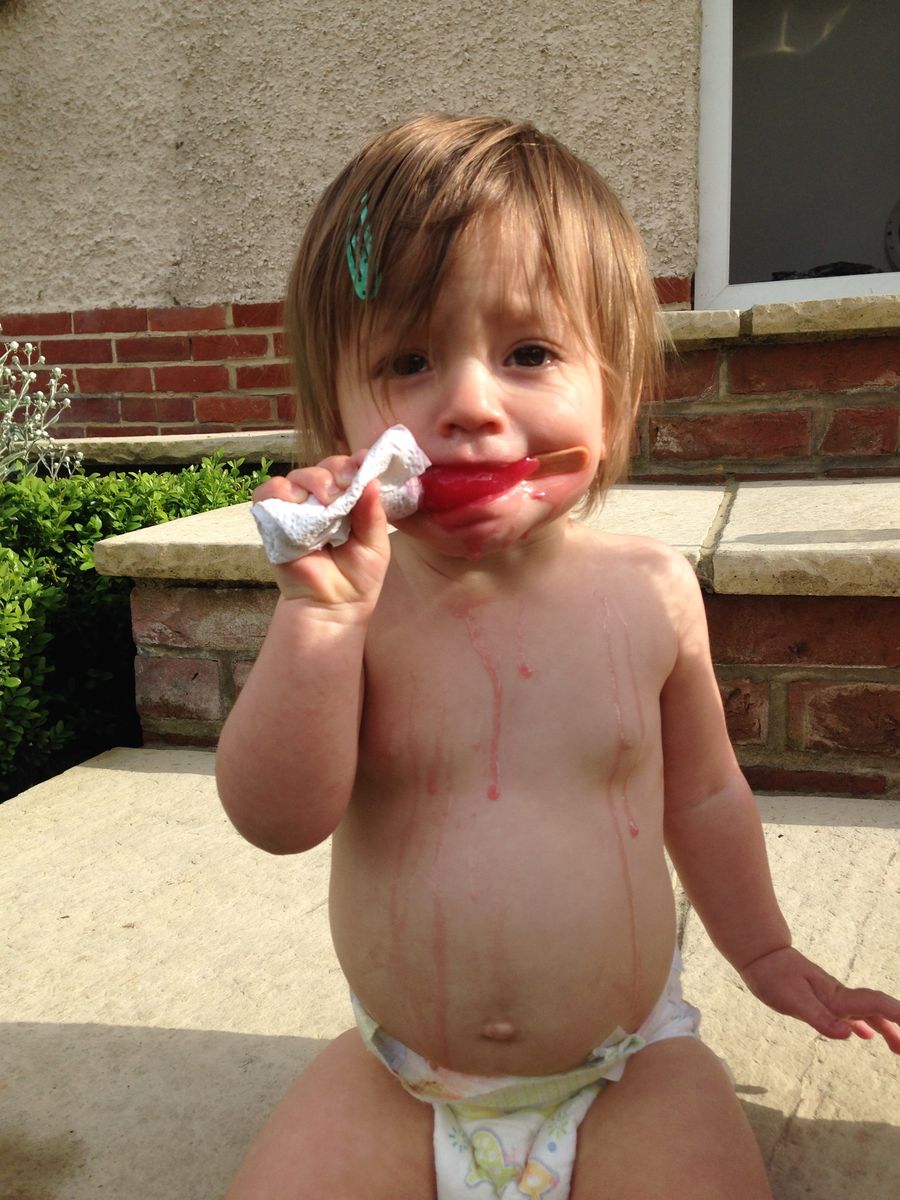 A lovely end to another lovely weekend.