This was H on Saturday…. 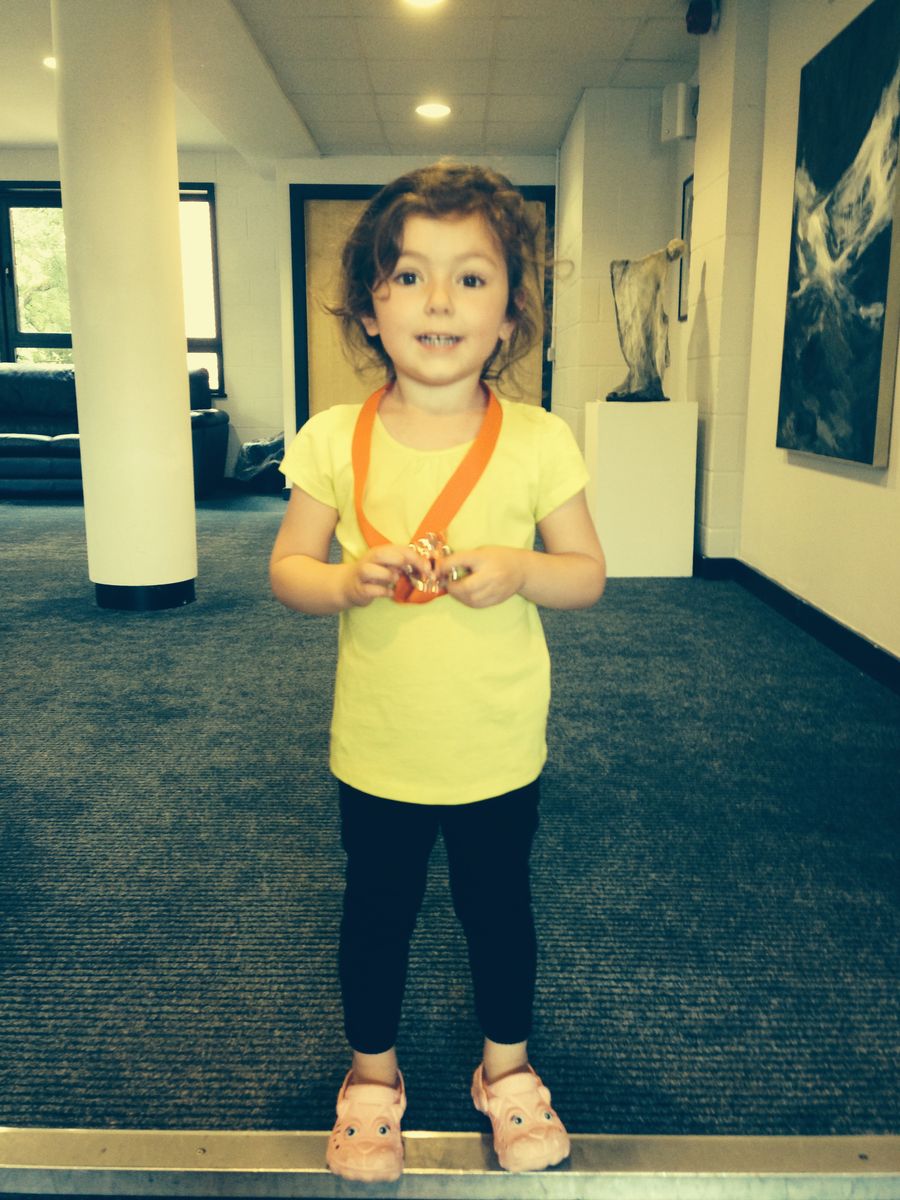 Since H turned three, she has religiously been attending a Saturday morning dance class along with her best friend and other little girls and boys around her age and a bit older (she’s one of the youngest).

At the beginning there was a little gentle persuasion to get her actually into the class itself though. She would be all excited and raring to go, right up until we stood outside the dance hall doors, where she tugged at my arm, whispering…

‘Mummy I don’t want to go to dance class!’

And although I can understand she might be a little afraid – god – I would be nowadays too, if it was me meeting a whole new group of people, but I still thought it would be good for her to have an activity such as dancing to do.  Something to take part in on a regular basis.
So, like I say, with some persuasion, a pep talk and the odd offer of a lollipop (all ready prepped in my bag for afterwards!!), in she went, hand in hand with her BFF!!

So then, for half an hour, I would chat with the other mummies and put the world to rights.

So, off we trot to the loo.

So the dance lesson only lasts half an hour, half of which is taken up with H sitting on a toilet seat, daydreaming, humming and watching herself in the mirror opposite!

Anyway, for all these weeks, they’ve been tirelessly learning two dance routines with the culmination of this being this weekend just gone when they performed their routines in a dance show.

Like a proper one! With a proper stage, and proper galleried seating for all the parents, carers and grandparents to watch from.

We could tell immediately as to when it was time for our little ones to venture out onto the stage, as all of a sudden over the loud speakers was Ant and Dec shouting ‘Let’s Get Ready To Rumble’.

So, in filed our little munchkins; the older ones full of beaming smiles and enthusiasm, others squinting at the very bright stage lights, and the remainder facing the wrong direction!!

How cute they were!!

H immediately spotted us in the front row (it wasn’t hard – we were only about six feet away!!) and started grinning and waving frantically at us. We quickly waved back and signed for her to start dancing and concentrate. So off she went.

To be honest, I didn’t really think she would do much of the actual routine, and rather thought she’d just stand there, so I was rather shocked but pleased to see that she was really following it.

It was the sweetest thing.

They all then filed out as the bigger kids took their turn on the stage.

Our little angels then came out for their second and final dance routine all dressed in black with bright red capes and red pants over their black leggings!

Eat your heart out Superman!

Again, she was perfect and really impressed us with what she had learnt. Ok, so it wasn’t ‘on point’ as they may say on certain televised dance competitions, or even ‘in time’, but we didn’t care.

It was our little girl, up there on the stage.

Our pride and joy having such a wonderful time

She was even awarded a certificate for hard work and enthusiasm and a medal for all her efforts.

We were so thrilled for her.

So as I said – an extremely proud mummy moment!!