For quite a while now our eldest daughter, H (well, actually the only one who can talk seeing as the other is only one!) has been experiencing some problems with the fluency of her speech. 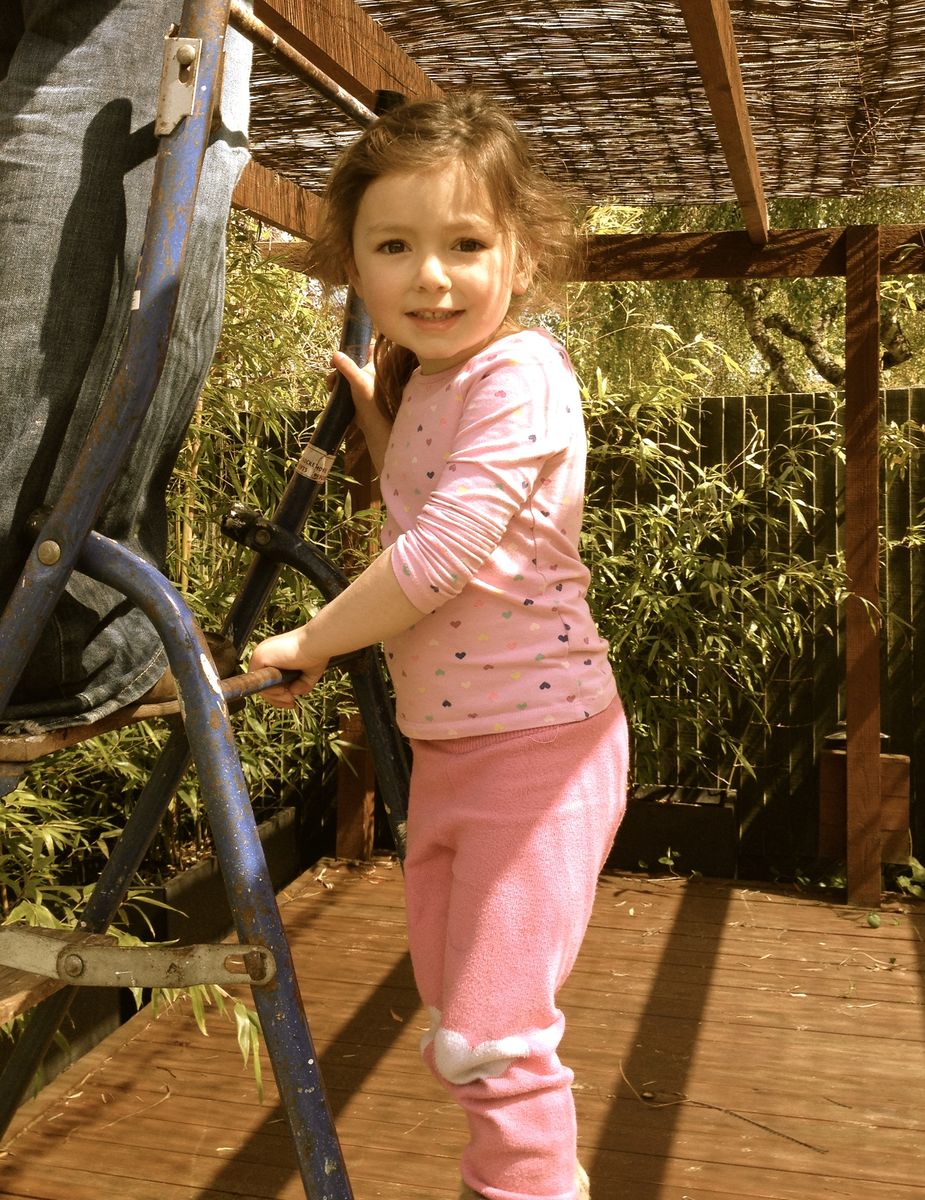 We had noticed that this was the case, but really didn’t think too much of it, let alone to think to actually class it as a stammer.

We just thought it was part of her growing up.

As far as we were concerned, she was still learning so much and taking in vast quantities of new and wondrous information on a daily basis and had just too many new and exciting words she wanted to use all at once, which just meant they came out as either a big jumble or in a type of stammer/stutter

It wasn’t until one of H’s beloved nursery staff members (who’s looked after H from when she was first in nursery aged just one), just took me to one side and asked if we’d noticed h had a stammer.

At first I suppose I was a bit taken aback.

I agreed that we had noticed this at home, but thought it’d just been part of her growing up, and having no one to compare her against made it even harder in a way for us to notice.

It hurt that someone else was pointing out that my baby girl might have something wrong too, that someone had noticed. Though a relief at the same time as it meant that something had to be done.

And then I became upset (though I hid it well from the staff member).

It just dawned on me that for all this time, where we’ve just assumed all is ok and that she’ll grow out of it, there really has been a problem

A problem that as loving, doting, caring and responsible parents – we really should have picked up on and addressed, a long time ago.

I came away feeling like a very bad parent indeed.

My little girl obviously had some sort of problem with her speech and both Mr B and I were too bloody naive and stupid to recognise it might actually need looking into and dealing with.

I was so very angry at myself.

The very next day I phoned up the doctors, made appointments and had her put on the referral list for our local speech clinic.

So exactly what is stammering?

The easiest way I can explain this is to write out some examples taken from the information we’ve now been given from the clinic in her assessment.

So the ones we have found most prevalent with H are:

Other ways a stammer may be noticed are: 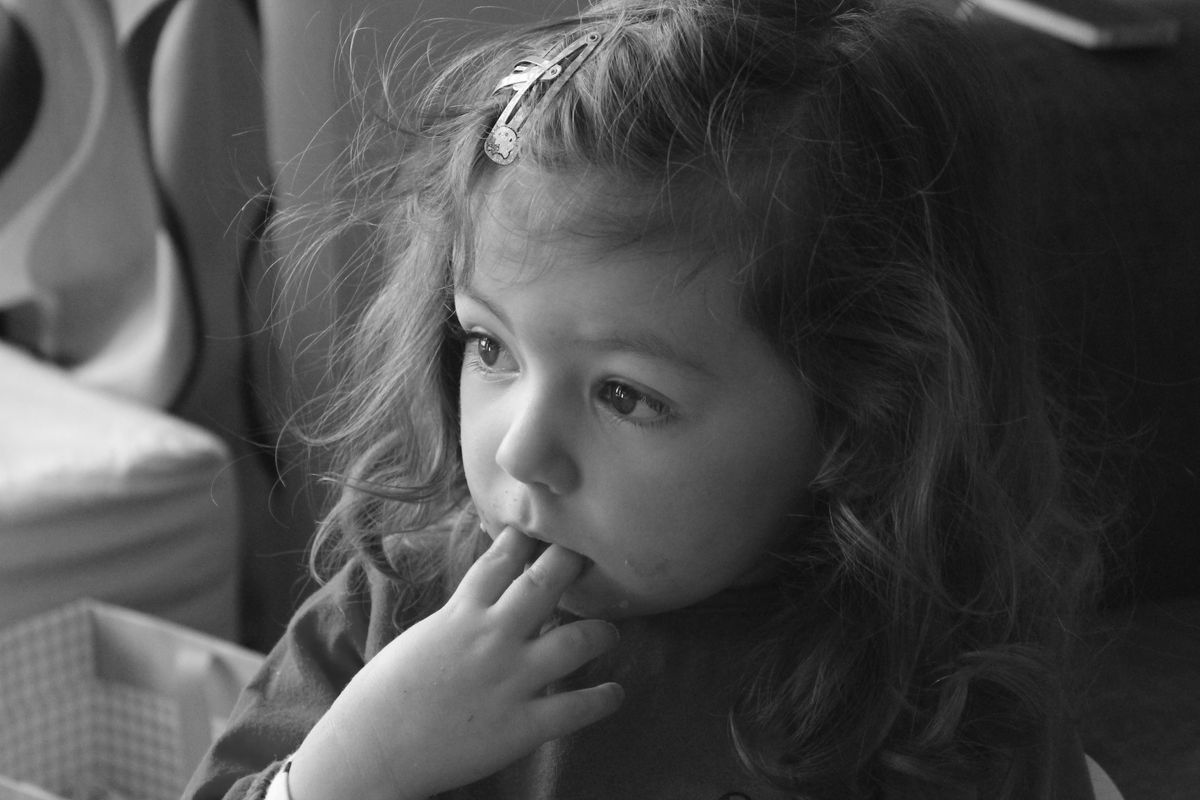 Back to Little H…

We’re still very much learning about this condition, more and more so each time we attend the sessions, though we’ve only been to two now, but have our third booked in a few weeks.

And I believe in my heart that we’ve hopefully discovered it early enough to do something about it and really make a difference.

All in all, her therapist was pretty positive about the condition where H was concerned, though did highlight that because there was rather a severe case of stammering in our family history, this adds to a score count that puts her at a higher risk of developing a stammer further or of not really growing out of it. In which case, we would adapt the therapy sessions and step them up a bit to the next level.

Also at the moment we are very lucky, in that H is totally unaware of it.

I think she is too young really to understand it.

If in actual fact she is aware of it, there is absolutely no sign of it holding her back currently.

Though obviously, this may all change when she goes up to pre-school in September, where the more educational and academic syllabus kicks in.

I suppose we will just have to watch this space.

A lot of the time, Mr B and I have become very used to her speech, and it is just an everyday thing to us now, but other times it gets to me.

I was just sat with her this evening and we were watching Mickey Mouse clubhouse together. Well, she was watching it, whilst I was getting irate over trying to ‘pop’ out the fuzzy felt pieces from her new pack.

She got so excited at one point that she turned to me and tried her hardest to tell me what was happening with Minnie Mouse in the story. As she was trying to tell me, I found my heart just melting. I could feel tears whelming behind my eyes and I just squeezed her tight.

She just couldn’t get the sentence out. I felt so hurt on her behalf.

And I felt bad

Yes it could have been a number of reasons why she was talking like this, it can be caused from over excitement, tiredness, lack of complete concentration, all manner of reasons that we are still learning about.

As parents, the therapist has given us certain instructions and action sheets etc with which to help her. We’re to each spend only five minutes with her about three times a week where we’re to turn off the TV, get rid of all other distractions, and have one to one playtime with her where she is free and easy to express herself, in a safe, comfortable and most importantly for H, and unrushed, unhurried environment.

The idea is that we concentrate together on a single task, be that a jigsaw puzzle, a story book, a board game, where I make a concerted effort to speak slower than I do in my everyday life, make lots of eye contact, listen carefully and give her uninterrupted, time where she is free to express herself as she pleases and at the rate she pleases..

And do you know what, on the times we’ve done this, it’s worked.

It makes me wonder when this all started to happen in the first place, and I wonder now if it coincided with the birth of Ella. Is it an attention thing? Is it that she is now having to fight to get my attention so is having more difficulty getting her words out.

I then feel awful about this and feel guilty that I may have perhaps neglected her needs.

Which if I have; I am devastated.

And although this sounds ridiculous, sometimes I find it really hard to find time to spend just that five minutes with her.

If Mr B is out, and I have both girls to deal with, by the time we’ve had tea, baths, milk and struggled to get the little one to bed, I’m knackered, exhausted and to be honest, I pretty much forget that I need to do this.

I also feel guilty if I write a blog post. Is it taking the precious time that I should really be dedicating to H?

Though, if I was to try make myself feel a little better, in the whole grand scheme of things, five minutes really isn’t that long a time, and if I think about it, we generally spend this time with her as a rule anyway, just not noticeably I suppose as the advised ‘special time’.

Oh I don’t know. I’m very upset, confused, riddled with guilt, scared for her as I don’t want her to be picked on or bullied later down the line and as I suppose with every mother/father out there – we just want the very best for our children.

I love her with all my heart and the last thing I want is for her to be affected by something.

Perhaps even something that with time and help from us, can easily be fixed.

There seems to be a whole host of emotions just whizzing around in my head.

I’m afraid I’ve just used this post as a bit of a sounding board, and I apologise.

I will write again about this when I have more information, or just to report back with Holly’s progress as she heads into her third session and to pre-school.

In the meantime, if any of you other lovely mummy’s or daddy’s have any experience of this I would dearly love to hear from you.