So I’m afraid I don’t really have any actual photo evidence to back this up (which you’ll be pleased about I’m sure!), so instead I’ve just added a lovely one of the girl in question. 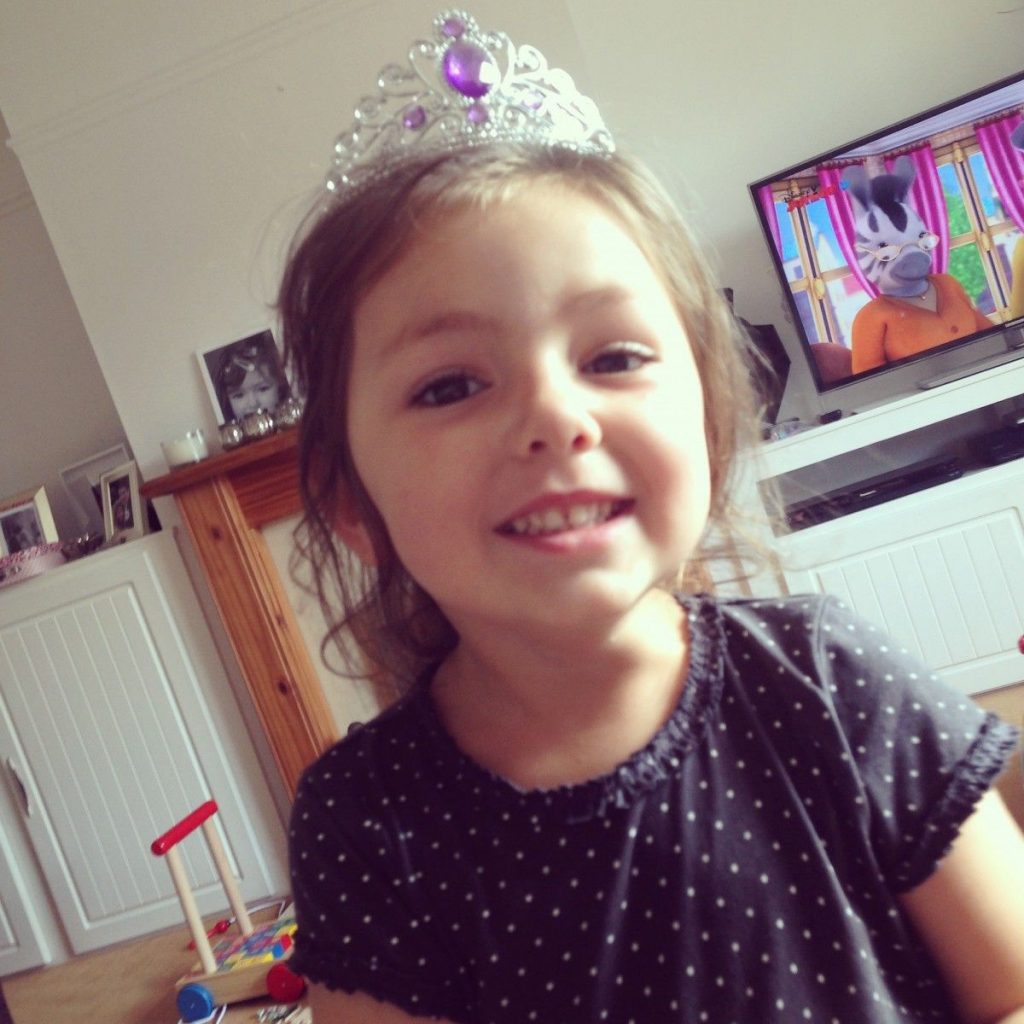 Basically it’s more what she said than did……..

It was Sunday morning and whilst I was downstairs tapping away on the keyboard, being all organised for once and getting all my linkys in for the day, Mr B was upstairs with the kids.

H suddenly comes rushing down the stairs like a little whirlwind, bounces over to me and excitedly says..

I was almost excited along with her for a split second there!

But then something twigged in my head and I asked her to repeat her sentence.

I pretty much wet myself laughing as I realised what was actually going on.

So up the stairs we traipsed and, lo and behold my suspicions were confirmed.

Mr B was in the bathroom!

I shouted in at him….

Did you say to H that you are going to have a poo and then we’d have breakfast?

Yup!!
Poor little H.
Realisation that she was in fact not going anywhere exciting for breakfast finally dawned on her.