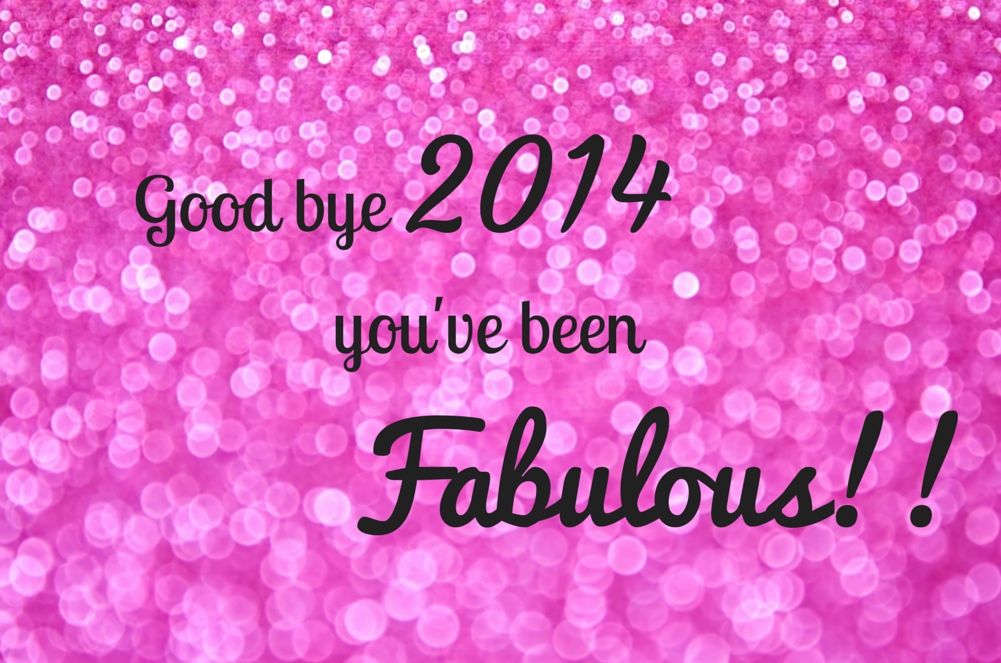 Christmas is over and all the pressies have been ripped open, the tree is starting to wilt a little on the sad side (Phoebe would be mightily upset!) and the kids are already complaining that they’ve not got anything to do, even though there is a huge mound of toys in their new playroom (well – dining room which we’ve given up on finally!!).

Its been full of everything you would expect a year to bring really.

There have been good times and bad times; happy times and ever so sad times, busy times and more leisurely times. But throughout it all, I’ve spent it with fabulous friends and family who I love very much, and without whom, some of the trickier times I would have struggled through if on my own.

But a 2014 review? Well that’s tricky! It’s so hard to sum up a whole year in just a few sentences or photos – especially as my Mac is practically shouting at me to cull a few of the many thousands of photos I seem to have accumulated over the years in total.

The year has been a full one – though has disappeared in the blink of an eye.

Firstly I suppose the biggie here was that ‘Diary of a Midlife Mummy’ was born. Yep – my newest baby started here, which is something, nearly a year on – which has come to mean the world to me.

Other than that, it was a month with no major events or activities – which is sometimes, exactly as we would choose it to be. More so a month of playing and interacting together as a family, for discovery and parties. 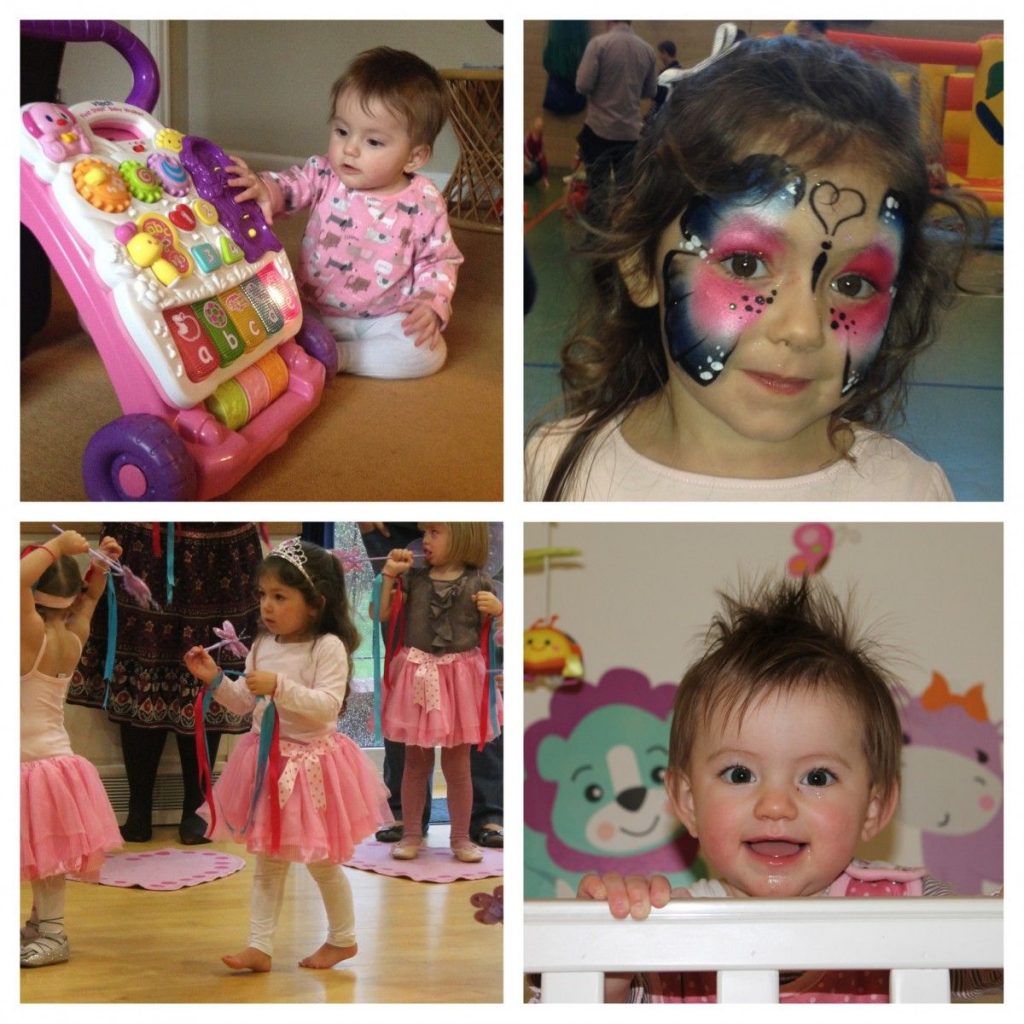 More family time with a bit of rough and tumble thrown into the mix for good measure!

Read here for a holiday review. 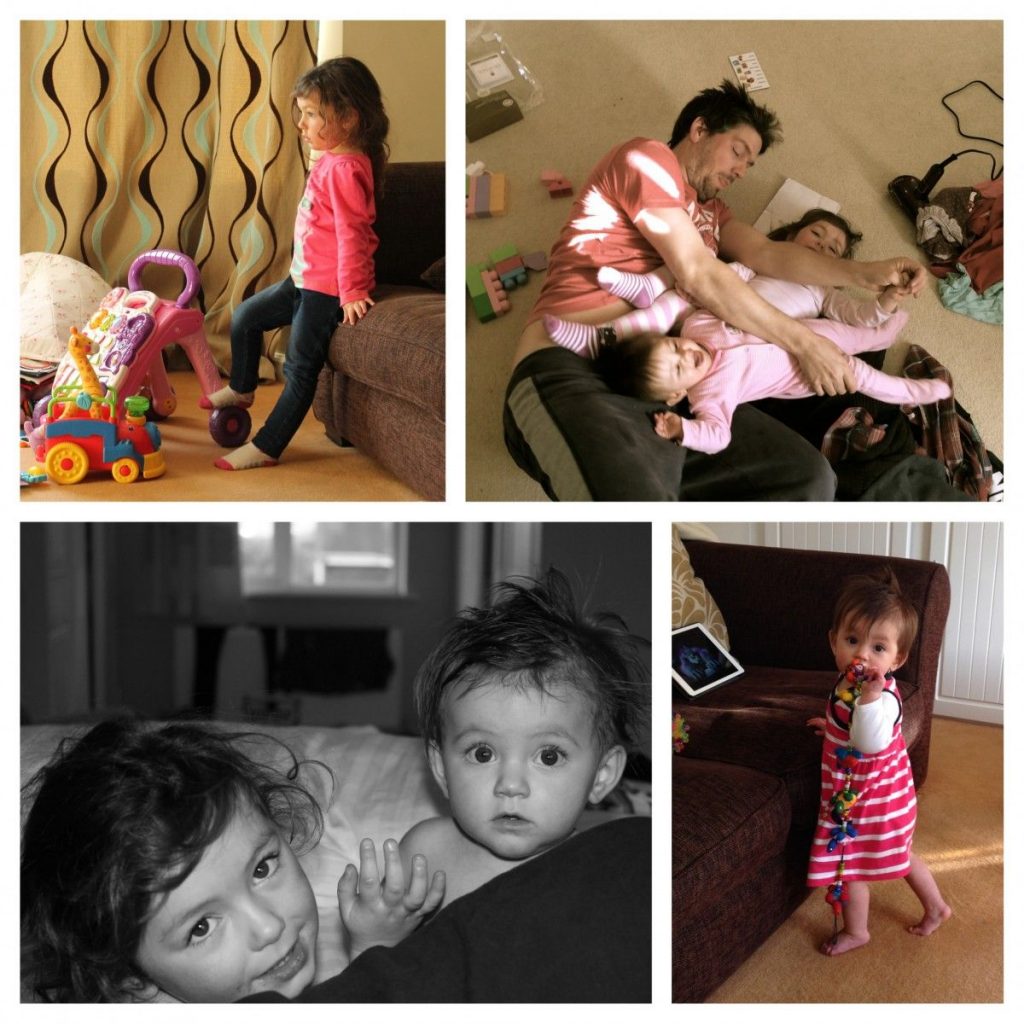 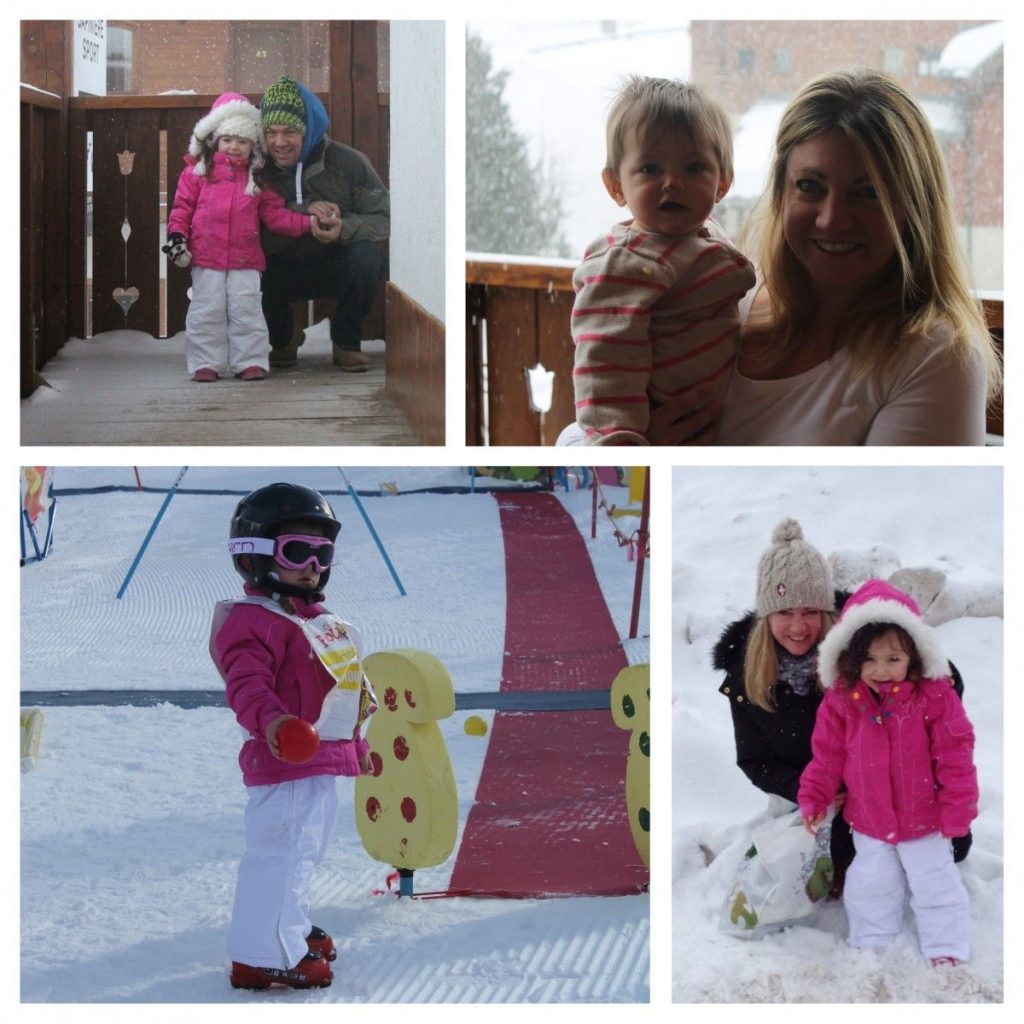 This was a milestone for us.

Our Little E turned one.  We had a lovely little tea party for her with close friends and family.

It was also a time (actually much like any other month in our household) for the kids to turn the house into a tip!

We also had a brilliant trip to Legoland for a best friends birthday party. 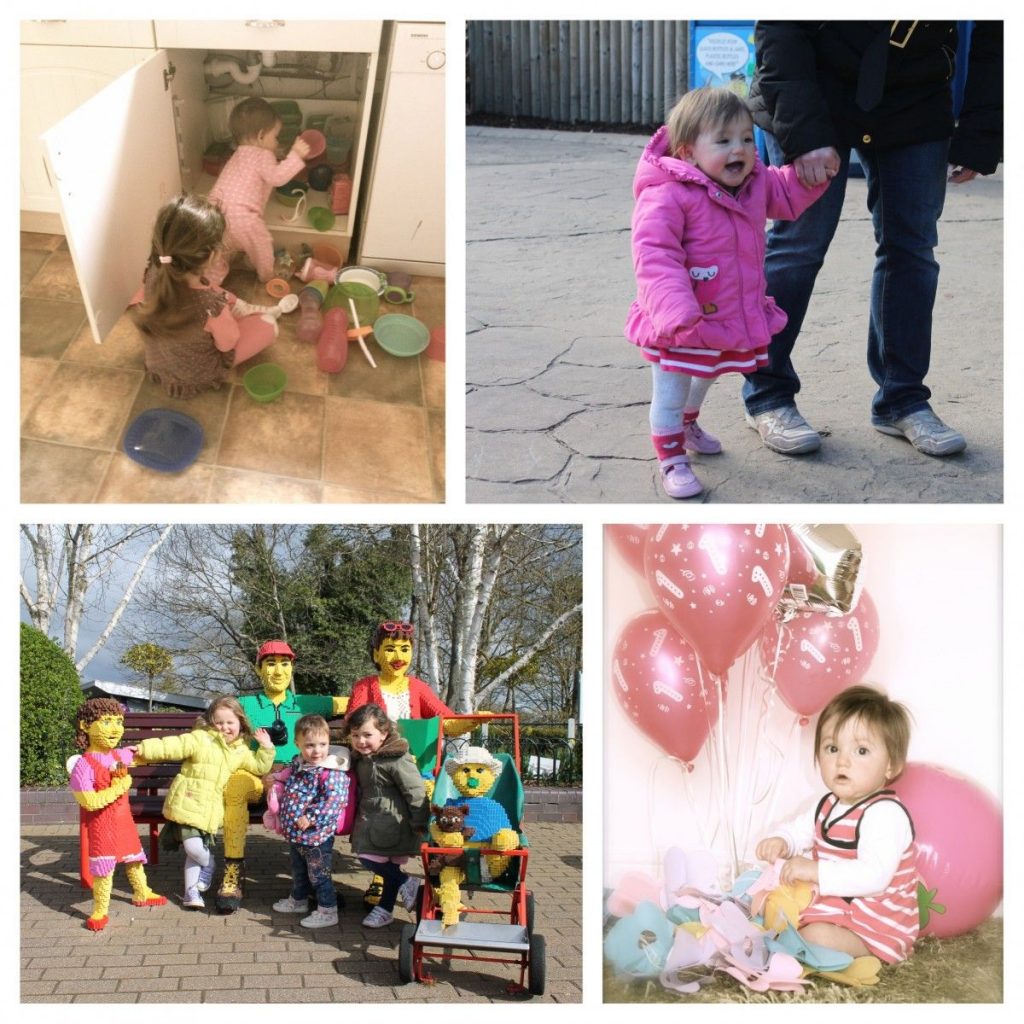 We had great fun at Easter with an indoor egg hunt as the weather was a little bit wet outset.

But on other days, luckily the weather was much better and we got the chance to take a day trip to our local Bucklebury Farm Park.  A lovely place to spend time with family, and for little friends to play together. Read it here. 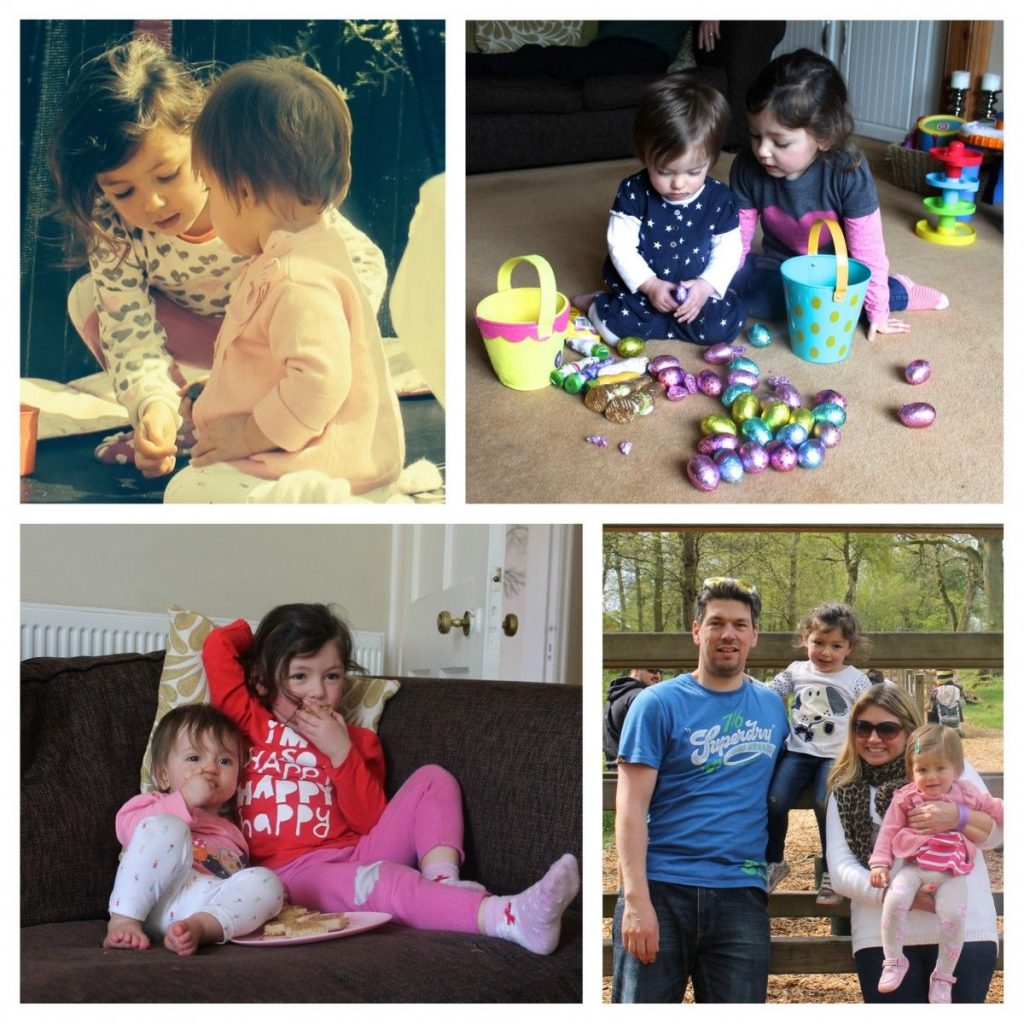 As the weather began to warm up, we started to venture outside a little more often.  It was time for playtime in the garden and trips to local fairs.

May also held a very special occasion for us – both our girls Christening. Long story as to why we were so late to Christen H, but you can take a peek why here. 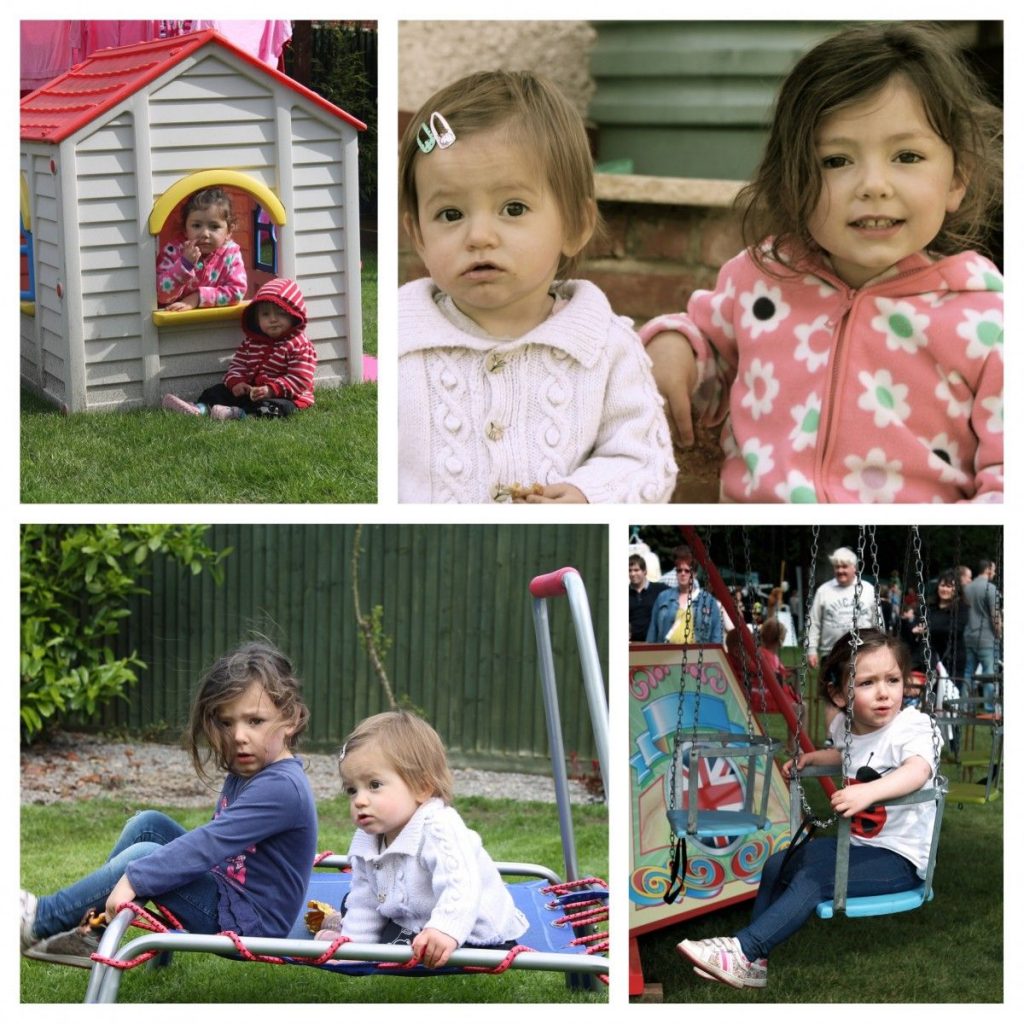 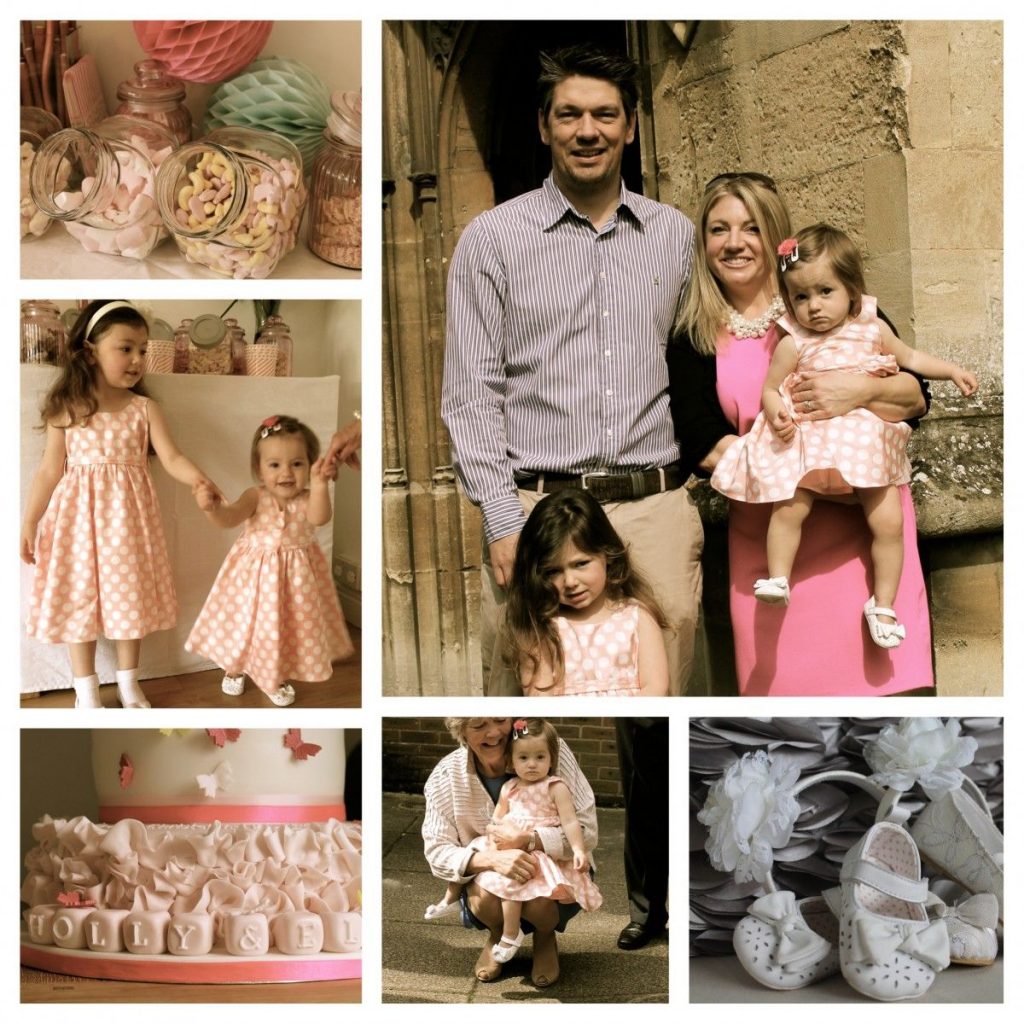 Long woodland walks, playtime in the park and exploration in the garden.

It was also the culmination of H’s dance classes – the final show that was put on for the parents and families of the children. It was so adorable to watch our little girl perform on stage.

She even received a medal and certificate – for which she was very proud!

Unfortunately there was also a fancy dress party – where Mr B and I dressed up as Top Gun characters! 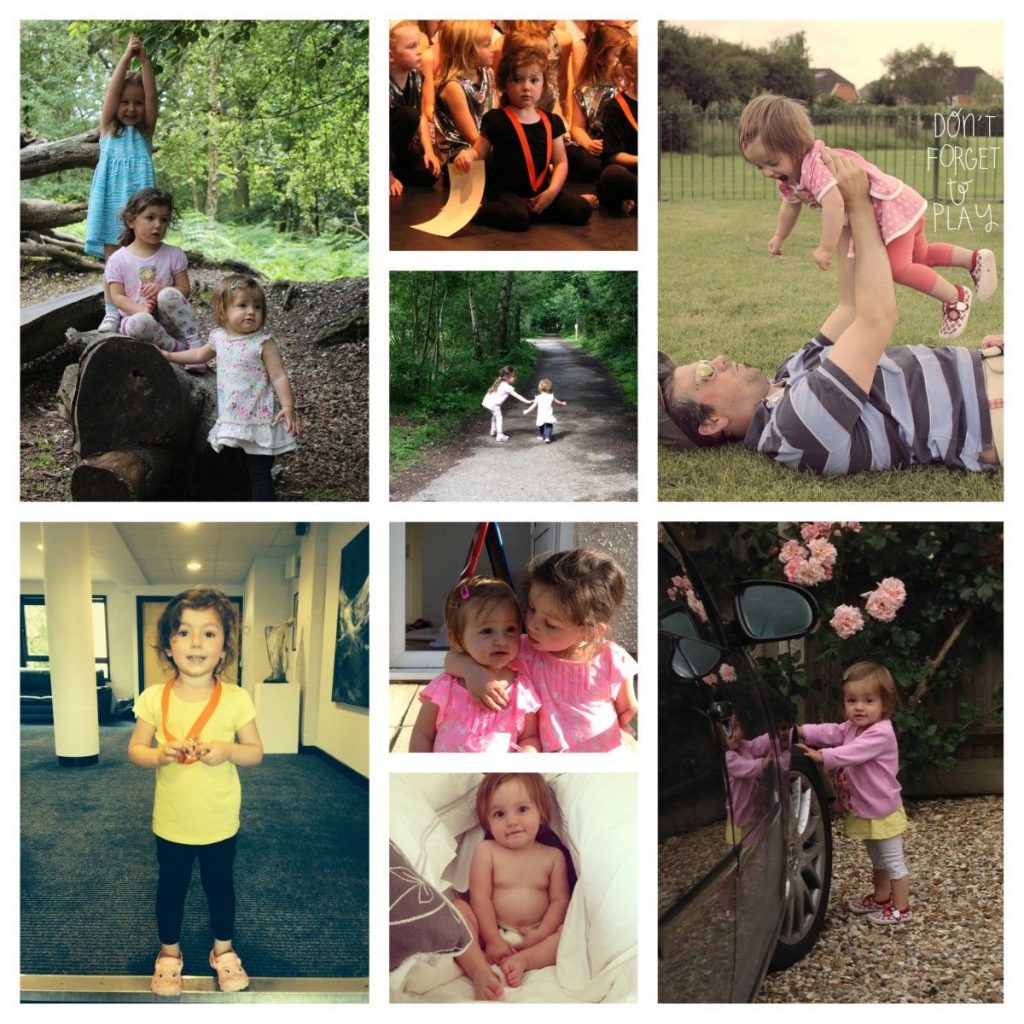 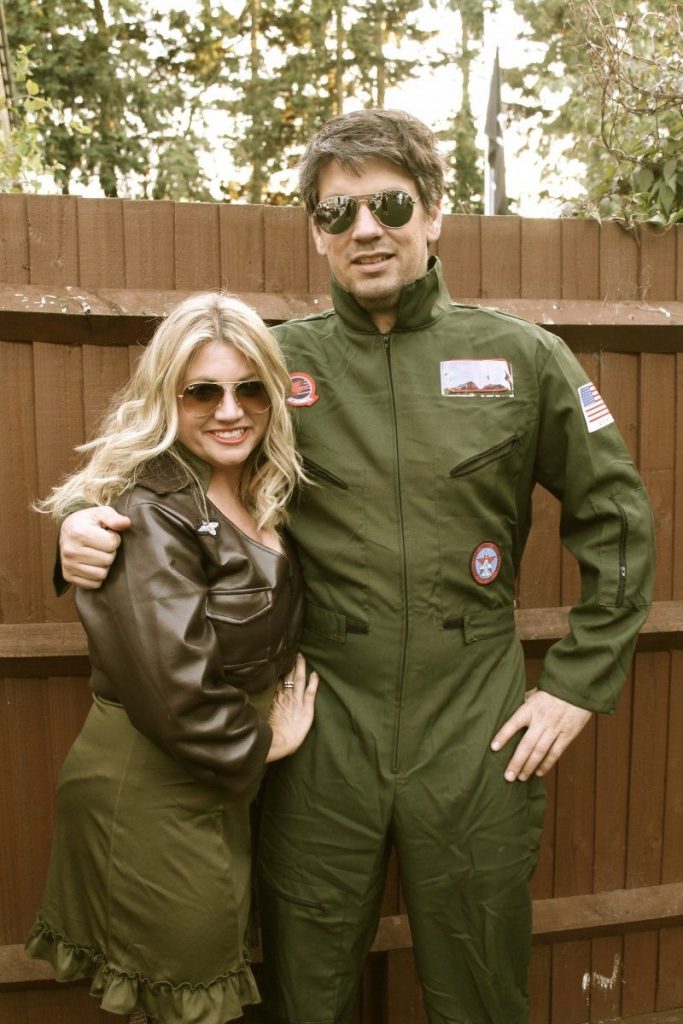 Well this was rather a busy month.

Lots and lots of the usual fun times in the garden for the girls but also a month where I took two trips to Centreparcs!!

The first was a well deserved and long awaited girlie trip, which was great; but as we loved it so much, we returned home and a couple of us booked to return within just a couple of weeks with our families in tow.  It was a brilliant break and I would go again tomorrow if I could!!

It was also the month where I had a little mishap with the fake tan!!! 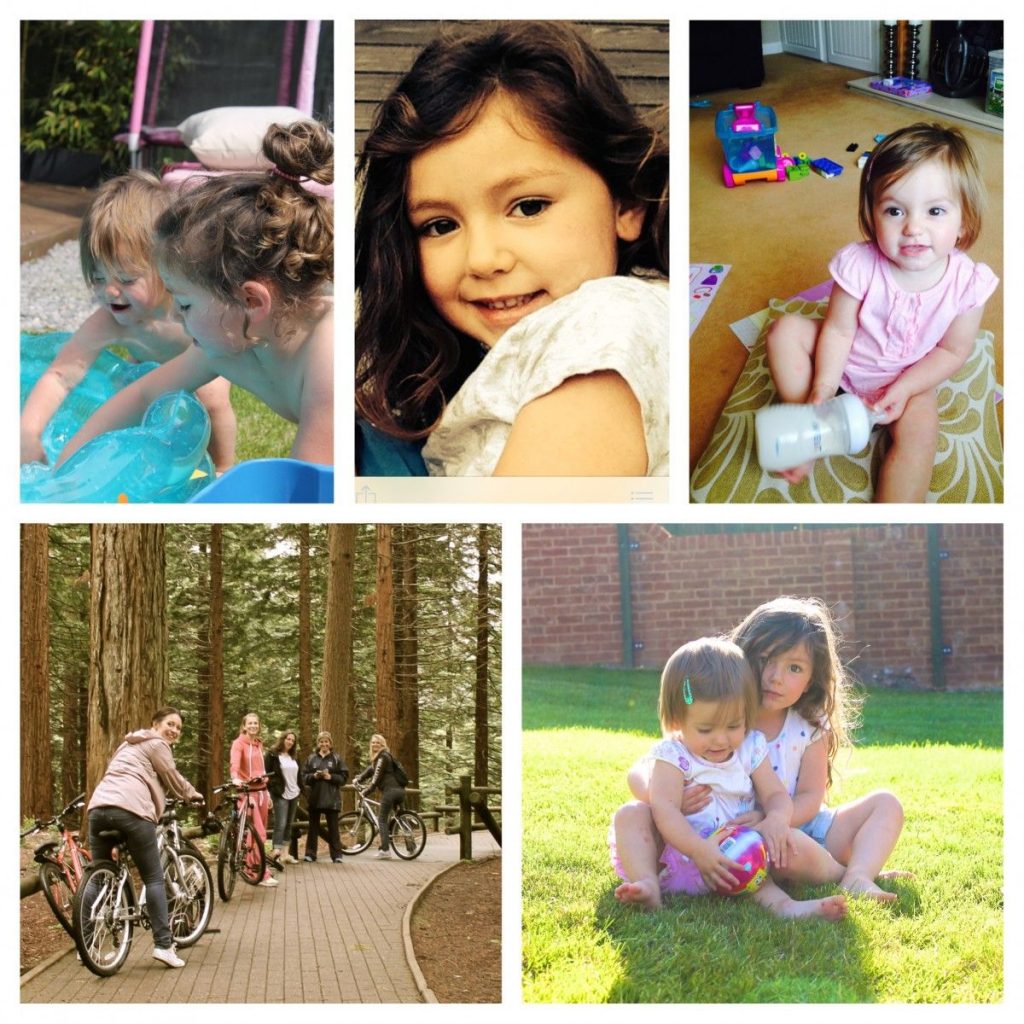 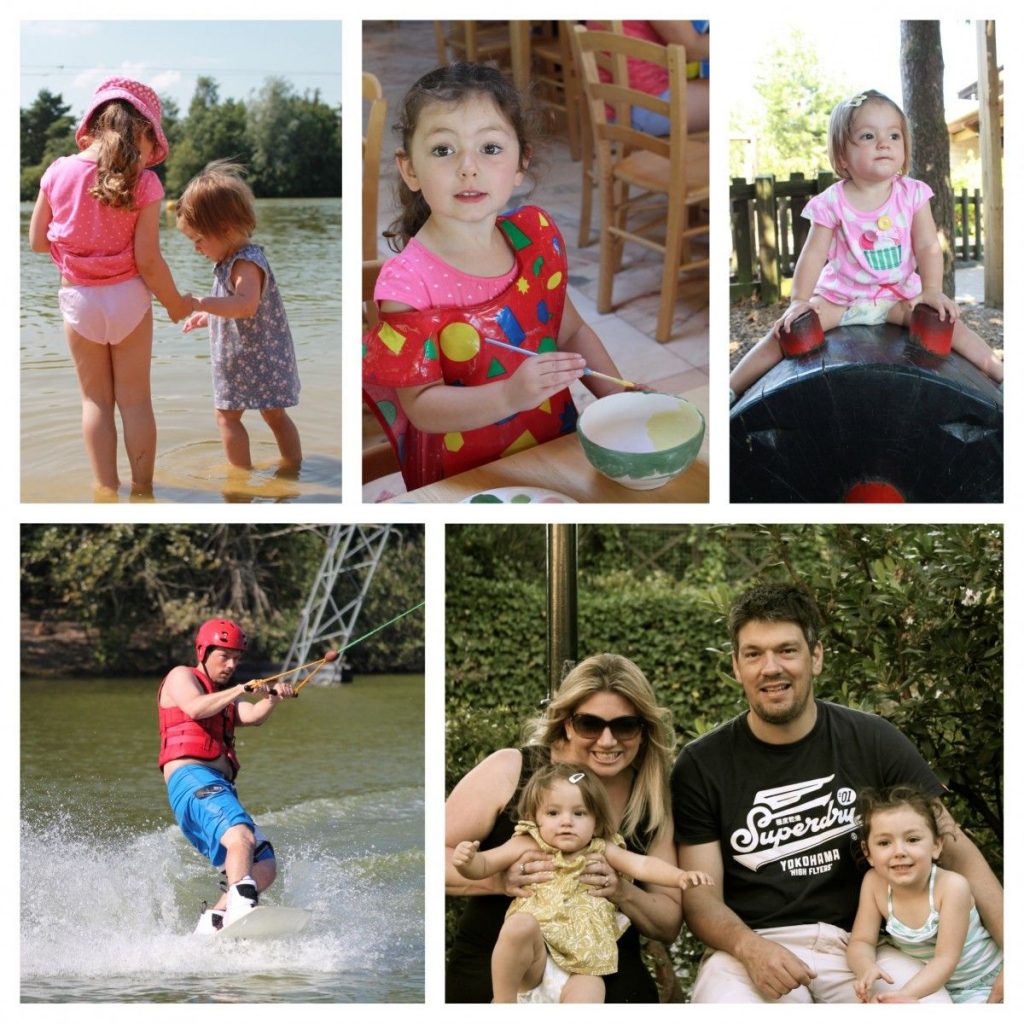 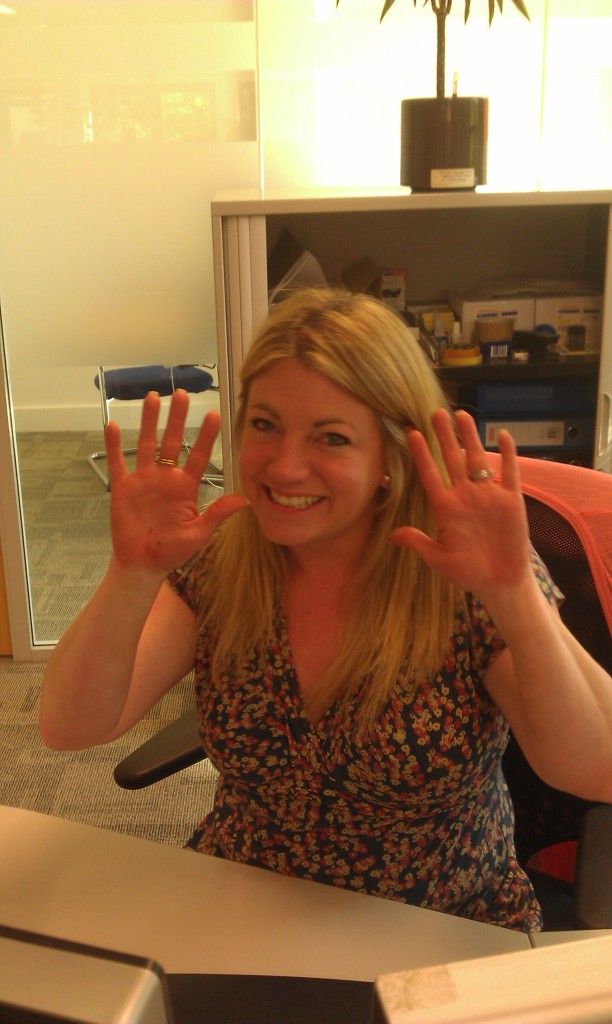 More family fun times – are you beginning to see a pattern emerging here??

Trips to the park, with one of the most amazing and highly entertaining tantrums from Little E that I have ever seen in my life!

We also visited Highclere Castle, home of Downton Abbey, for the superb and fitting ‘Heroes of Highclere’ event to commemorate the centenary of WW1. 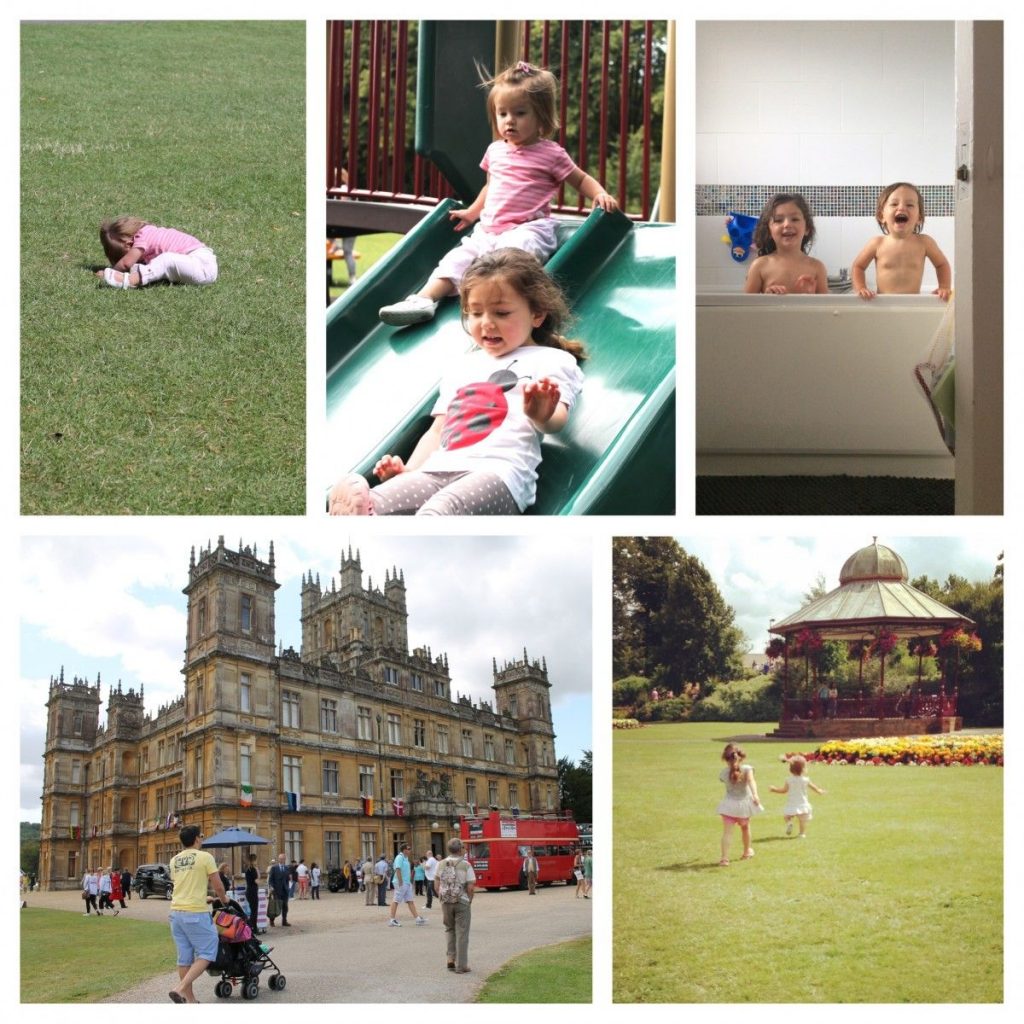 A milestone for H-Pops with her starting pre-school – complete with big girl uniform and gym kit.

I got to have a gilrie night out – something which doesn’t happen very often anymore.

Sometimes it’s nice to get dressed up a little.

We also finally took my parents for a tour of the Harry Potter studios.  This was outstanding as day trips go, and both us and my parents had the most amazing time!

And then, as if that wasn’t enough already, we spent 10 days in Rhodes, Greece on a holiday with friends.

This was brilliant too, though it did have both its up and downs!

But I suppose, it was a great holiday none the less! 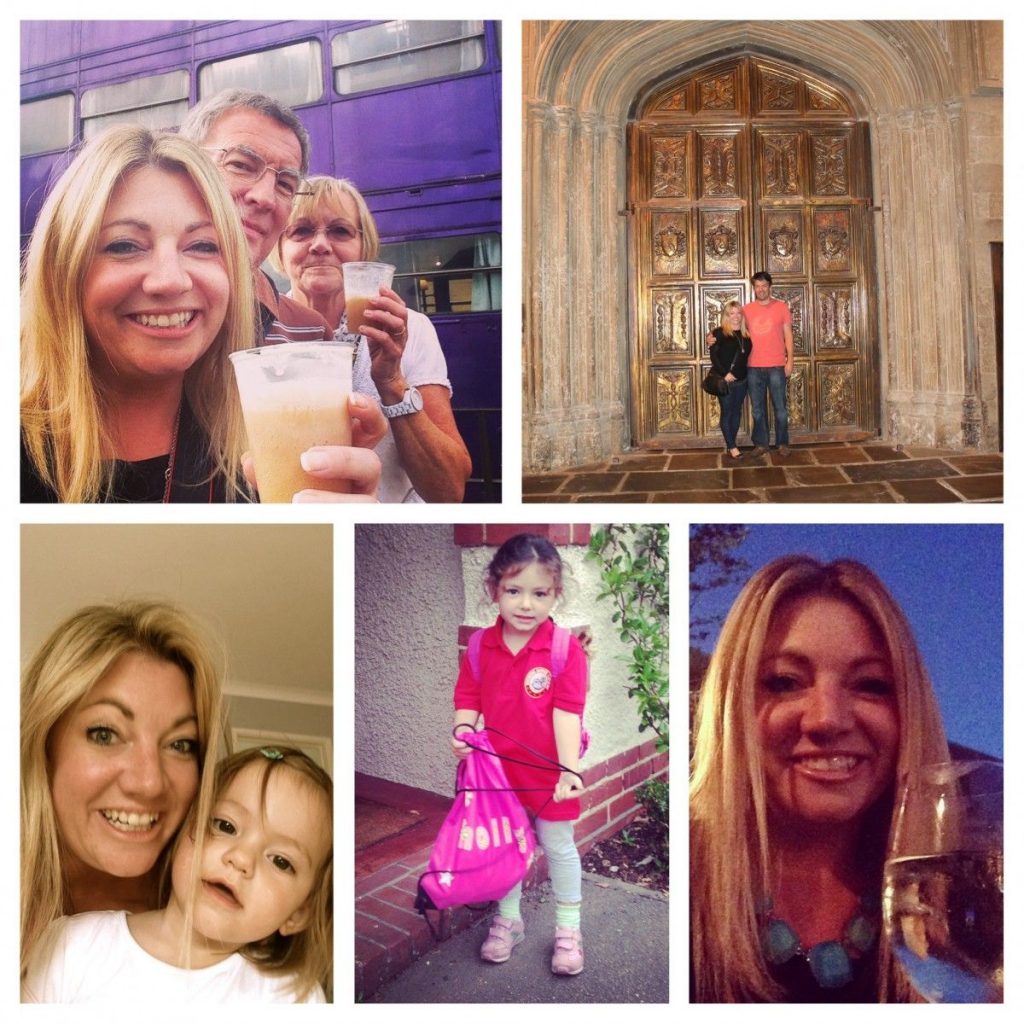 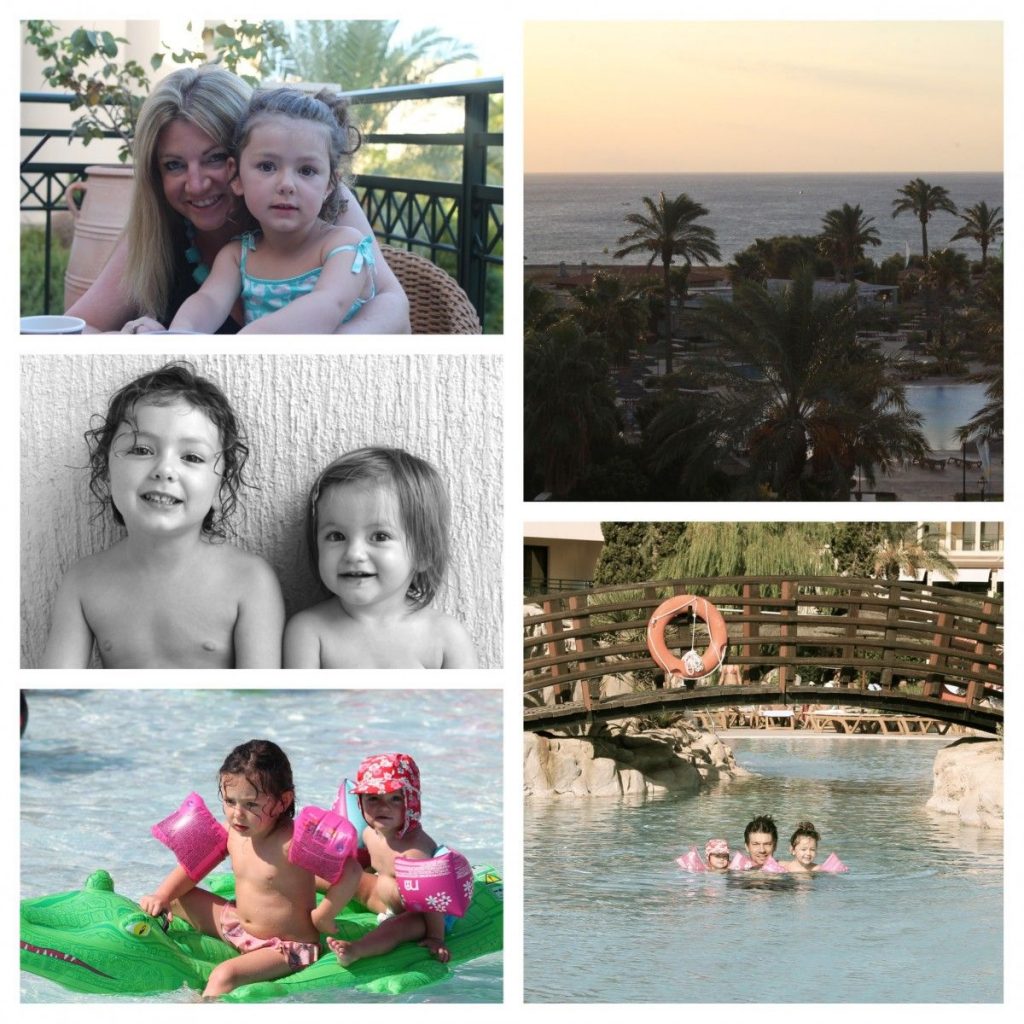 H tuned a whole ‘big-girl’ four!!  Though because I was a bit slack, we didn’t do a party as such, and instead invited some close friends for a day trip to Longleat.

Then there were once again the fun times at home, with more country walks and lots of sticker fun!!! 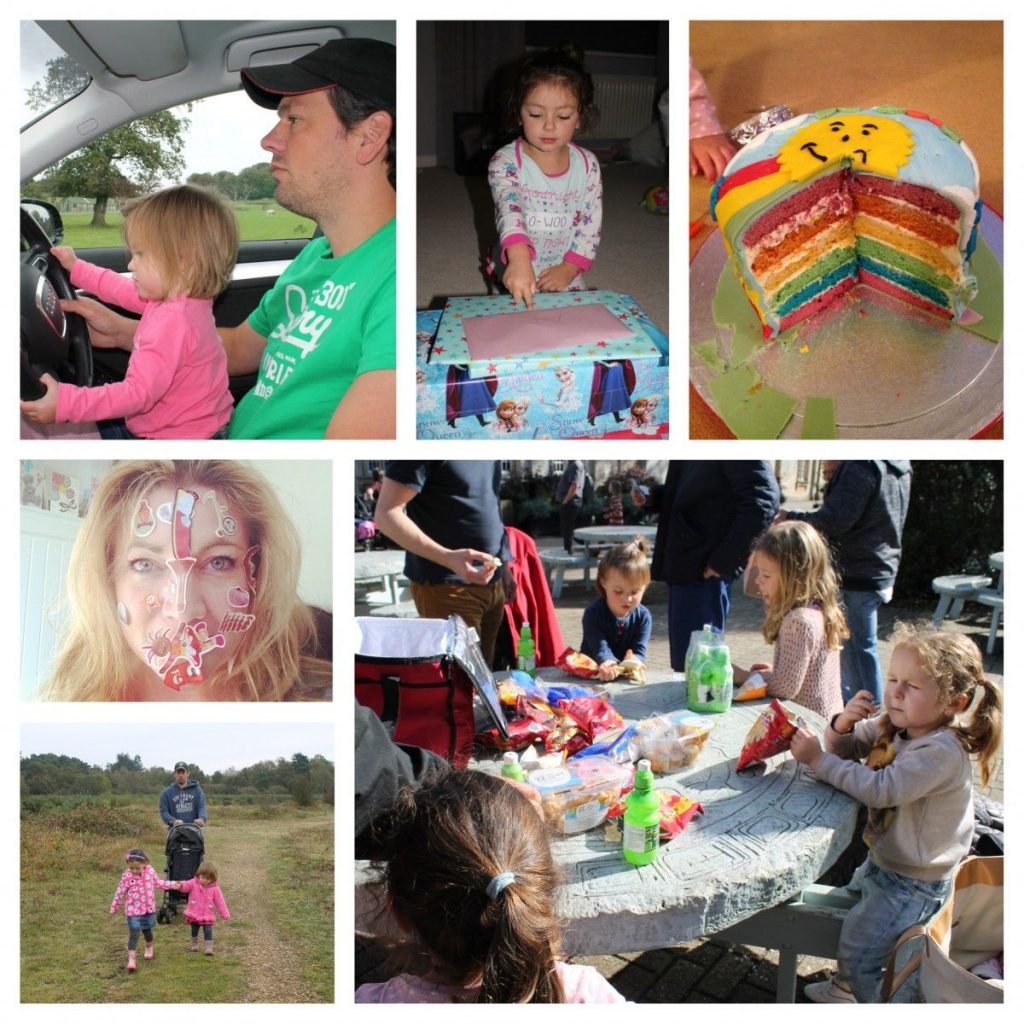 Some fiends of ours threw a brilliant Halloween party, which the girls enjoyed immensely as they got to dress up as witches and pumpkins!

Yet more fancy dress fun with Pyjama Day for nursery and pre-school in aid of Children in Need.

And then of course getting a little bit excited about the looming month of December and testing out that the present sacks worked ok!! 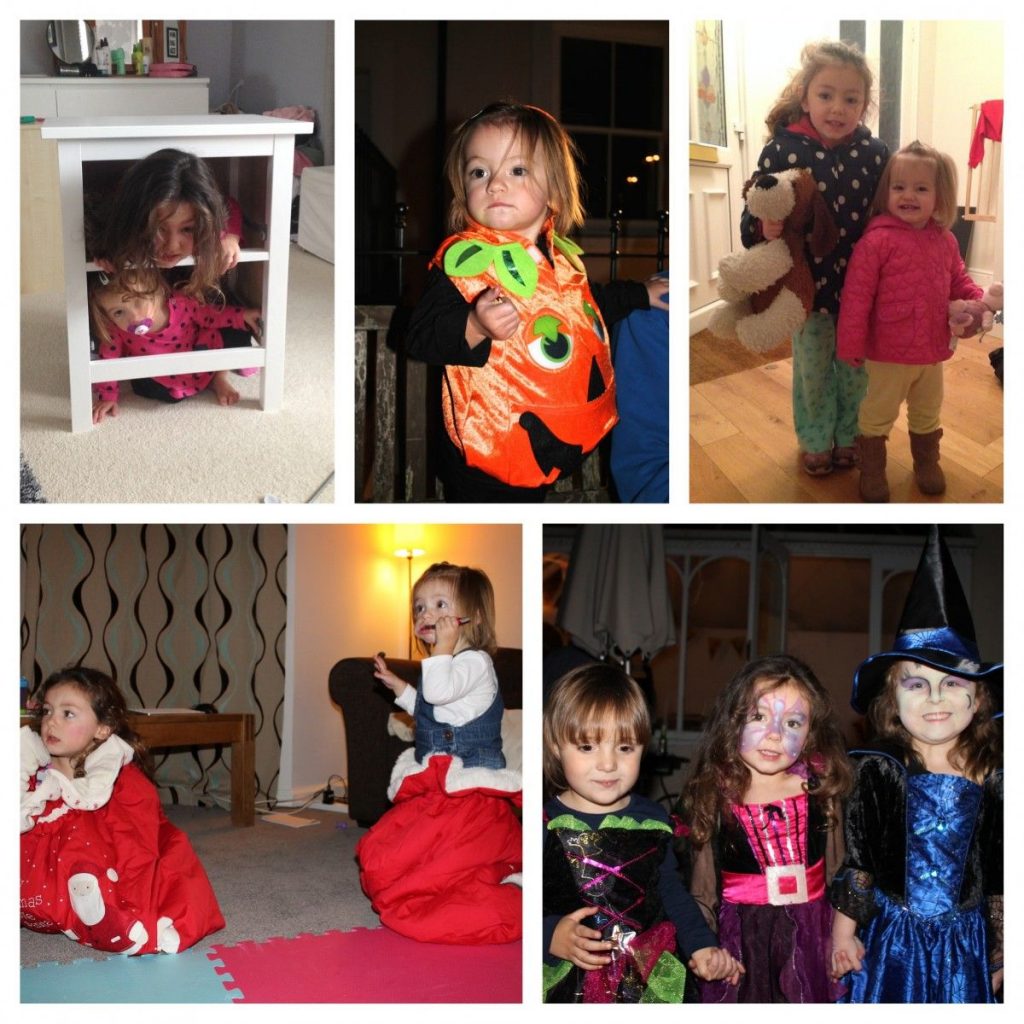 And then last but by no means least we’re on to December.

This was a busy little month full of festive local activities and outings.

A christmas boat trip, a visit to the pantomime to see Aladdin, watching the Christmas lights get turned on by Father Christmas in the town centre, and attending the Festival of Lanterns parade in the Market Place.

We also watched proudly on as little H-Pops took the star role of Mary in the pre-school nativity.

And obviously choosing the tree was pretty good too!

Christmas hats on Christmas Day and an after dinner walk to test out the new bike!

Then, only this week, a trip to the racecourse to watch the horses. Still good even though we lost all our money! 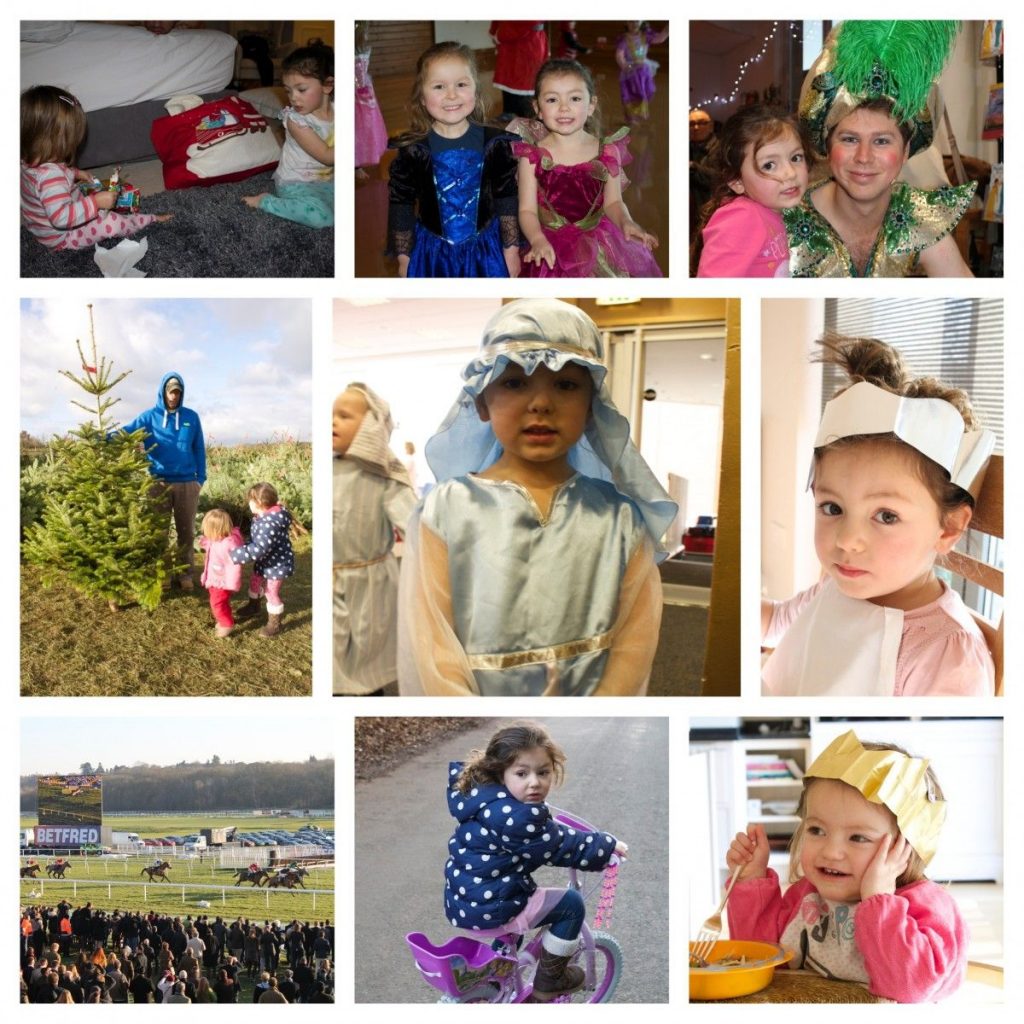 My year in just a few short sentences.

Blink and you miss it!

Over far too fast, but full to the brim with plenty of happy memories! It’s sad to say goodbye to such a fun year with the children of such cute and inquisitive and playful ages, though I suppose I just have to look forward to all the surprises which I’m sure will happen in 2015!!

The good ones and the less good ones!!

Wishing you all a fantastic 2015 too.

And a big PS: Thank you to the beautiful Ali at My Life.My Love. for this amazing tag!! I had such fun writing this!