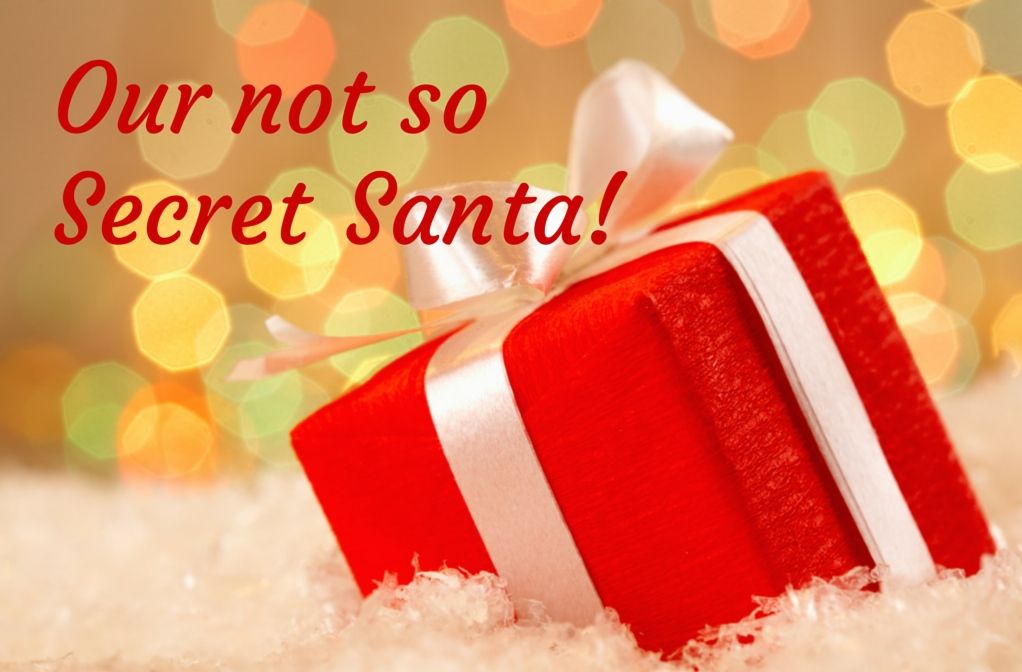 So we’ve all heard of Secret Santa?

Oh, so if you’re not so familiar with the concept here is a very brief description of how the game is played….

I suppose it’s usually played within a company among colleagues, or a perhaps between a group of friends.  The names of all the people taking part are put into a hat and pulled at random by each player.  That player then needs to buy a ‘Secret Santa’ present for the person who’s name they drew from the hat. And so on until everyone is choosing a gift for everyone else.  The gift is then wrapped and normally placed under a tree or in a large sack with only a tag saying ‘To such and such, from Santa’.

So its funny to see the faces when people open their gifts, with not a clue as to who has bought it for them!

I love it and have often played it before.

Anyway, a wee while back now, one of the fabulous blogging babes I now know rather well, decided it might be a good idea to try to play this with a group of fellow bloggers!!

Well, yes it could!

OK, so it was slightly different in that instead of handing over the pressie at a party or a do of some sort, we had to post the gift out to our selected fellow blogger. And then the way we actually ‘swap’ the gifts was to all write a post and publish it on the same day which is I suppose where we all reveal our gifts!

Well, we thought so; so without any further ado here is the gift I bought for the lovely Amy at Everything Mummy: 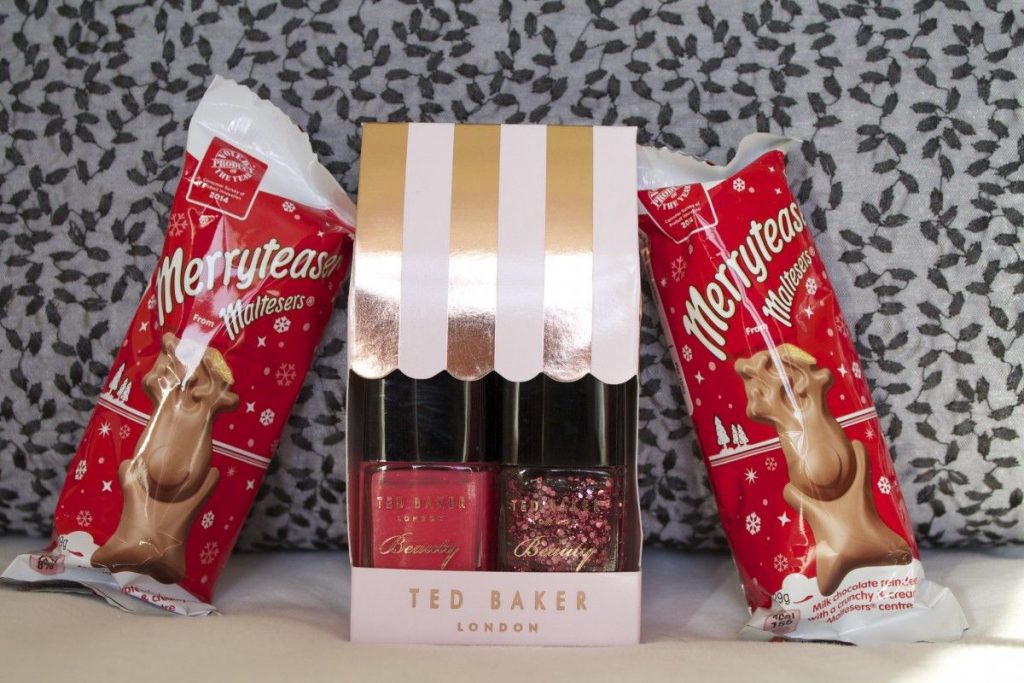 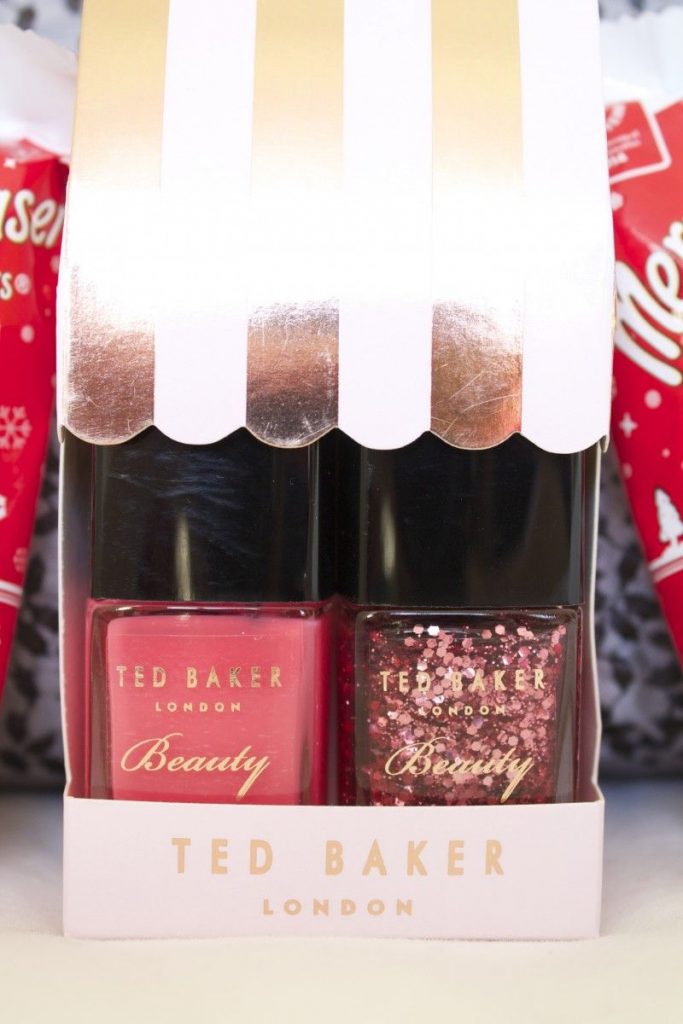 And this is how it looked before it went in the post, but not sure what state it would have turned up at Amy’s house in!! 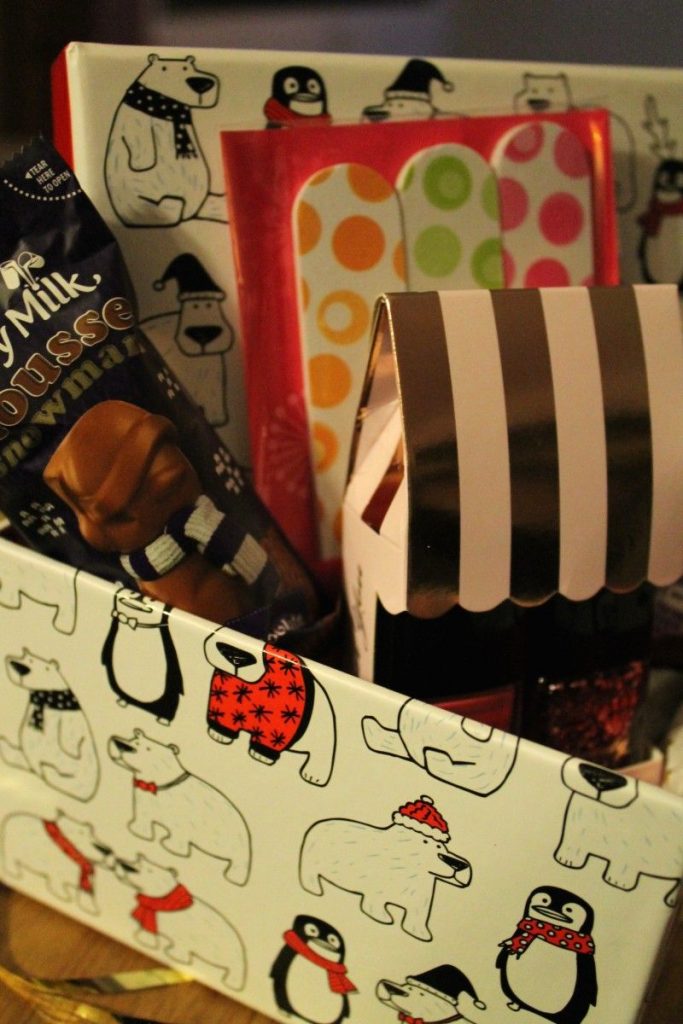 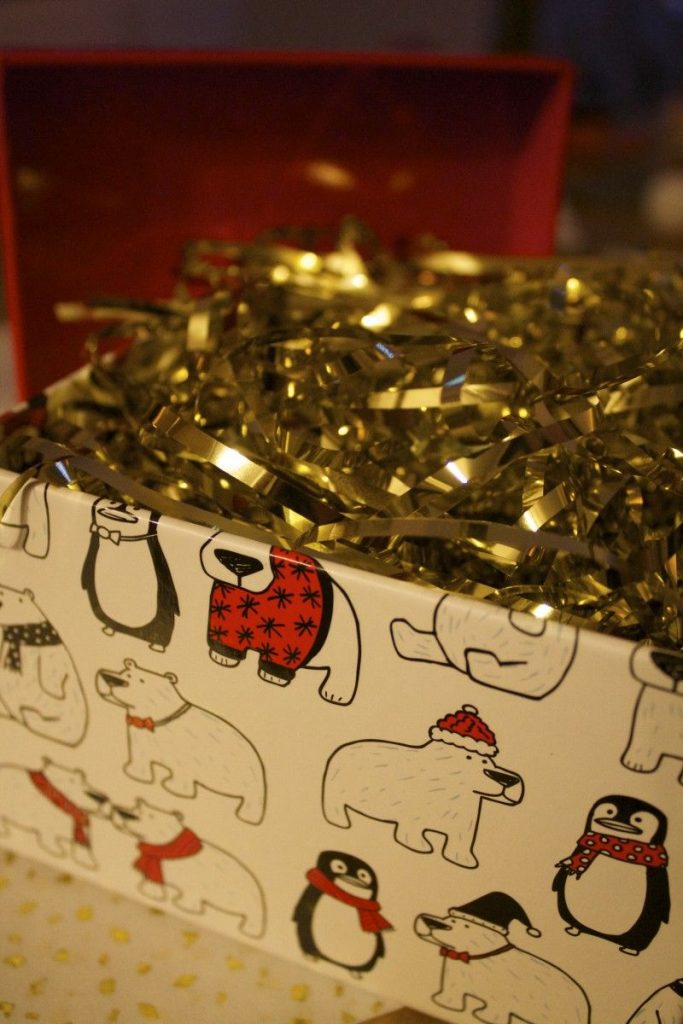 And then a bit of a festive postcard rather than a card….. I thought it was pretty! 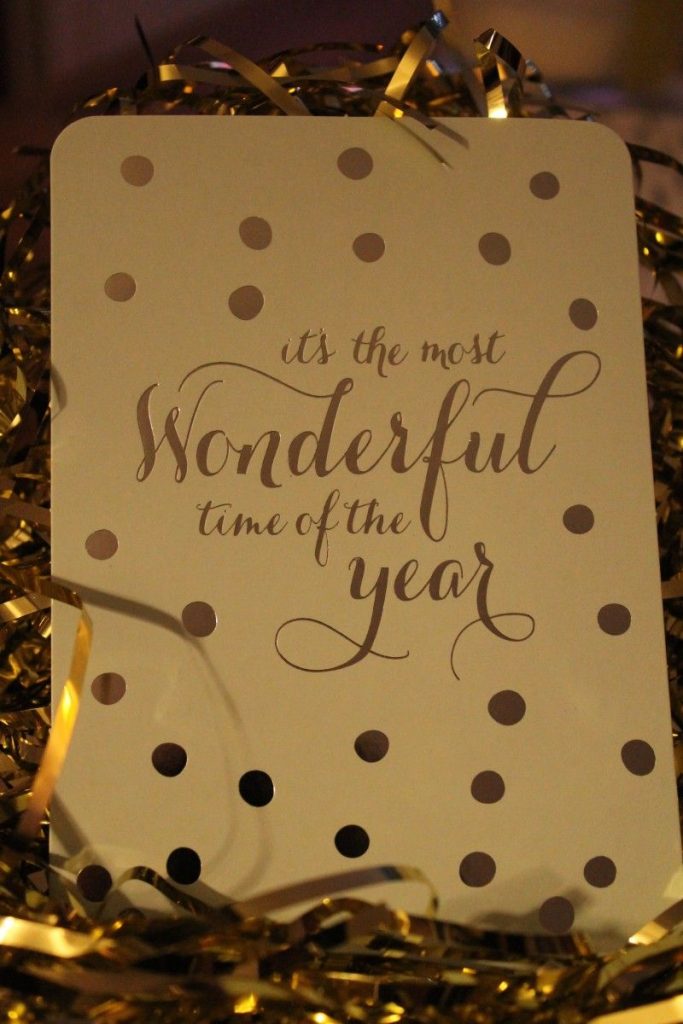 Having met Amy and from looking through her photos *ahem STALKER ahem*, she strikes me as a girly girl who likes to look after and pamper herself, obviously, when she can fit it in with a such a busy kiddy schedule!!

And I thought it’s party season, and who doesn’t love a bit of sparkle at Christmas time!  So lets sparkle up her nails too!!

And obviously, to have pretty polish worthy nails, you need some nail files too, so I added these for good measure!

And then, just to top the lot, some chocolate Santas!!  It’s totally THE LAW to have chocolate at Christmas!

And ok, ok, ok, so the more observant of you out there may have noticed a little teensy weeny discrepancy between the photos.

The chocolates are different.

Basically, I ate the Malteaser Rudolphs!

So I searched high and low to find a couple of tasty red nosed replacements, but with no luck!!

They were absolutely nowhere to be found!

So I’m afraid Amy was sent the choccie santas instead!!

Then onto my gift.  Woohoo!! Gotta love a gift!!

What did Secret Santa (Amy) send me??

This fabulous little lot, thats what!…. 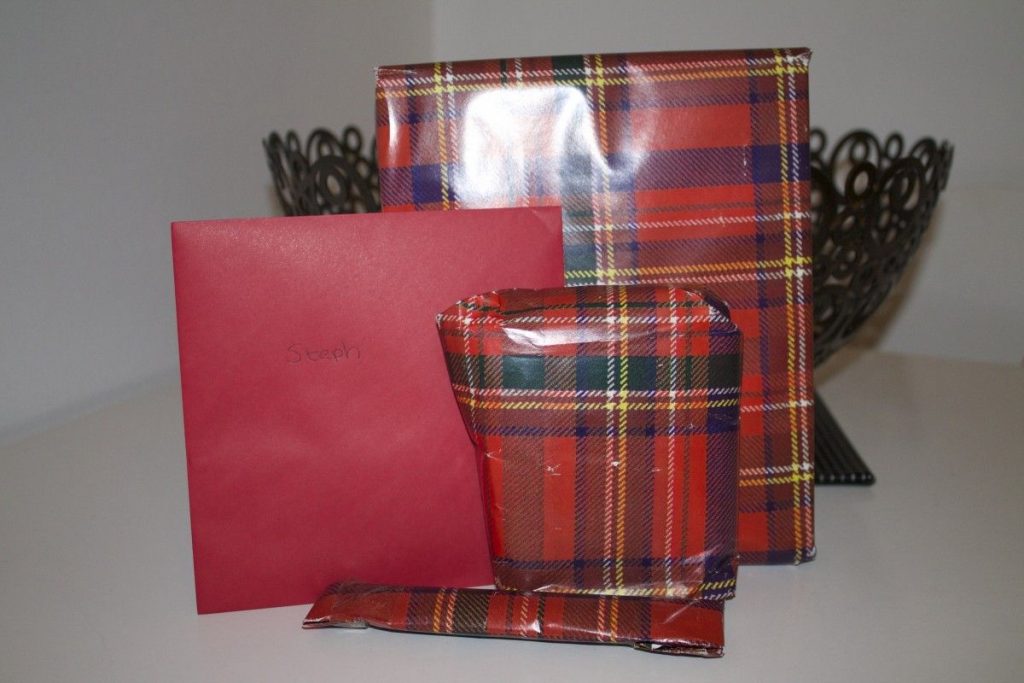 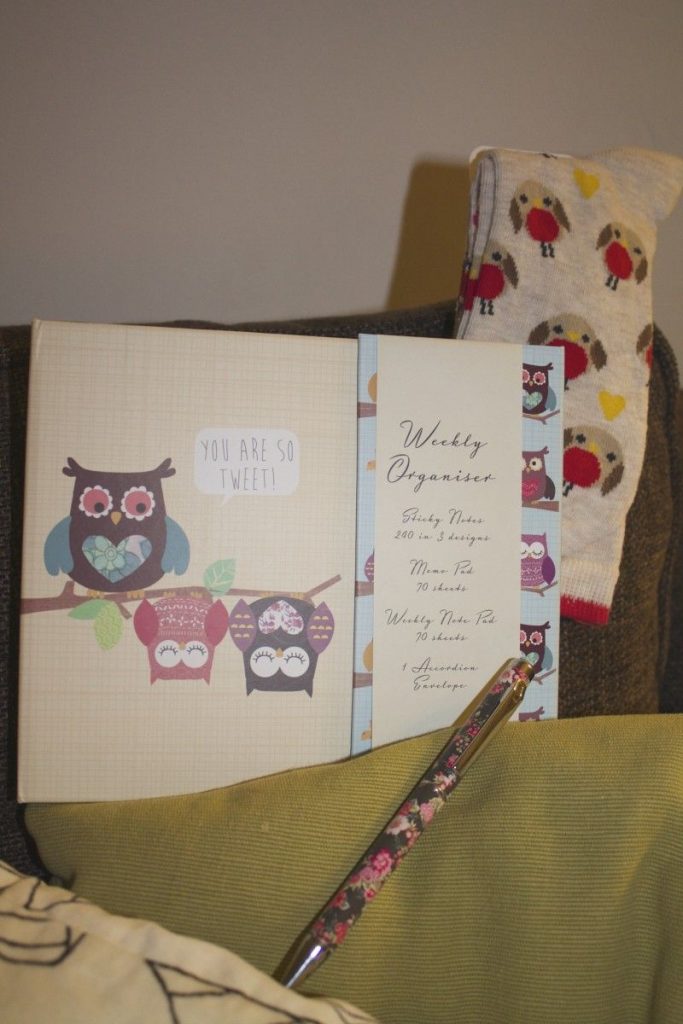 And I absolutely love ALL of it!!!

And I can be stylish while I’m being organised too in the totally cute festive socks to boot!!

Thank you so much Amy. You are a superstar and have picked perfectly!!!

I had such fun joining in with this little game.

I wonder what hair brained scheme we can come up with next! 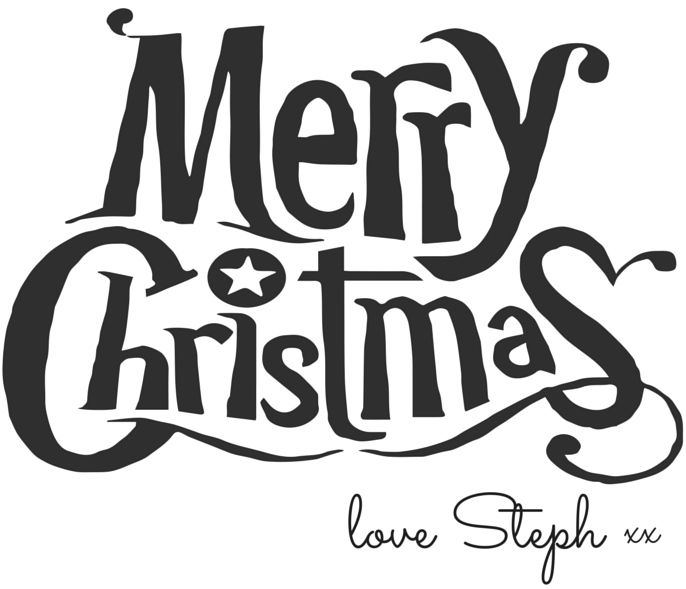