Yet another picture of Holly I’m afraid for this week’s My Captured Moment.

Although I adore the pretty and oh so sweet pictures I’ve perhaps added of Holly in the past weeks, this is just as special and as memorable a moment to me.

It was the end of August 2011. Holly was only eight months old, and we were on a family holiday cruising around the Mediterranean on the fabulous Independence of The Seas.

It was such an amazing holiday, as complete with the luxury and decadence of the ship itself, with all of its family friendly home comforts and the extra facilities to entertain the kids , it had the amazing added bonus that each day you’d get to visit some place new and exciting!

This was taken on one of our day trip excursions, on the beautiful island of Corsica. We found a lively little beach and set up camp for a couple of hours (plenty of time with a baby!!)

This was meant to have been Daddy’s ice cream, but some little miss had other ideas as you can tell!

So, as she was grabbing for the ice cream, I had to just grab for the camera! My little Holly as a mucky pup. Which has  pretty much been the same ever since.

And anyway,….. doesn’t every family have this token ice cream shot, complete with icky goo all around the mouth?? 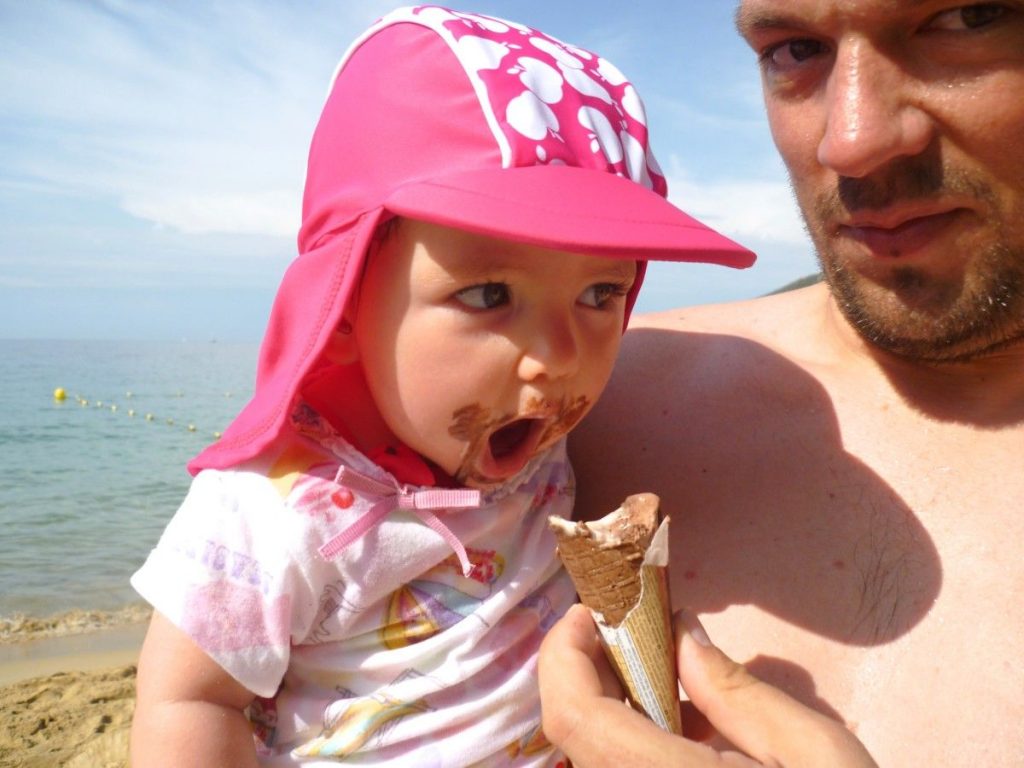