So – as it seems two years flies by in the blink of an eye!

To be honest I can’t believe I’ve actually coped with two children – it’s certainly had its moments!!

So a big ‘Hell Yeah’ to all you mums of more out there! 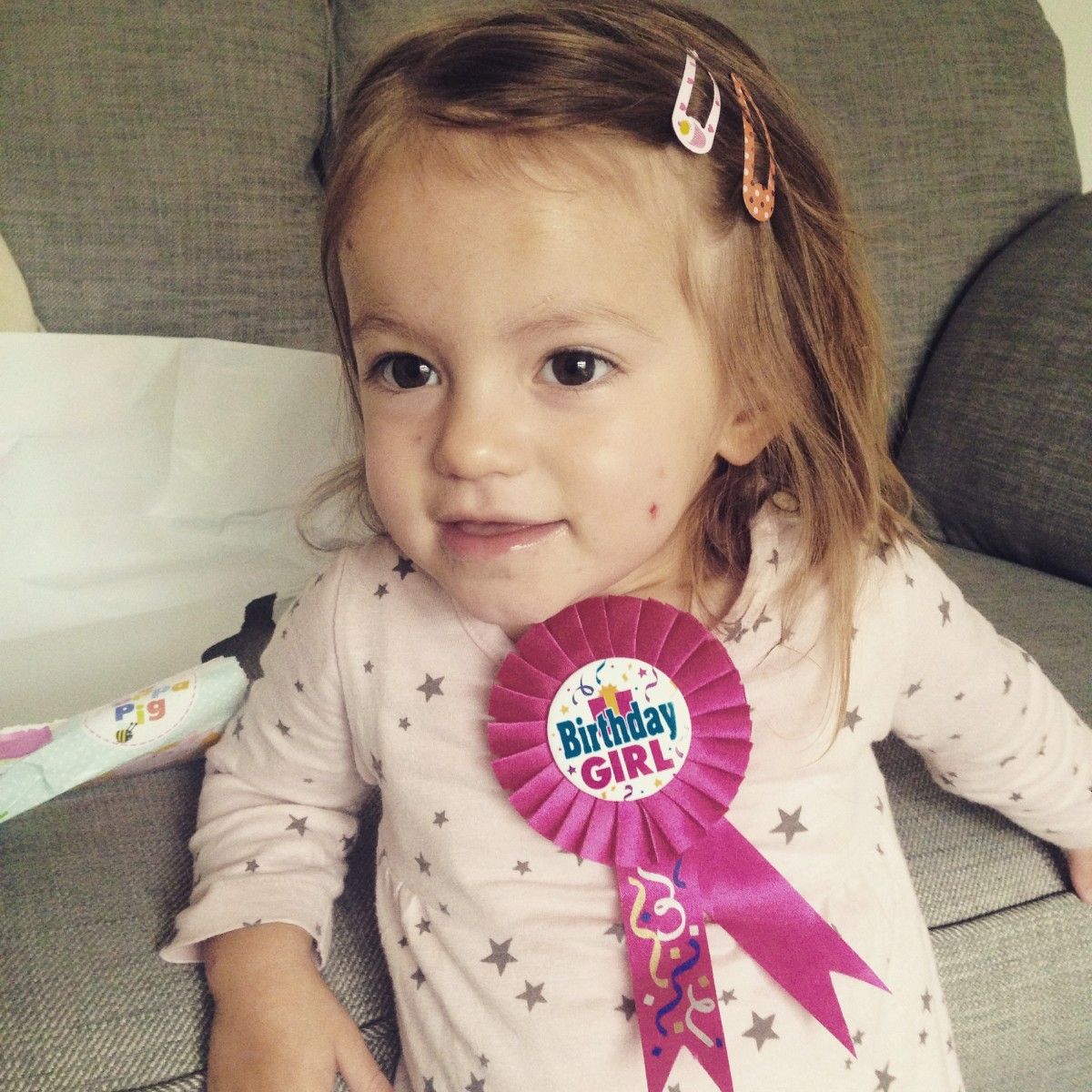 So much has changed in the two years she has been a part of our little family (or more so if you count all the wiggling and jiggling in my tummy before she actually made her appearance!)

From my teeny tiny little premature baby, who looked so delicate and needy and to this (still small!) ball of energy and attitude who we love and live with today!

She has especially changed so much and so scarily quickly in the last few months alone – I can’t actually believe it.

She is entirely different in nearly every way to her big sister Holly; in personality, appearance, character and temperaments which I think is a good thing.

Spices things up a bit in the family home!

It’s nice to have a cross section of everything! Though ask me again when they’re teenagers and I may beg to differ!

Ella is a little bit of a feisty fish really. Energetic, lively and spirited to say the least!

She certainly holds her own and stands up for herself, but whether this is because she’s the second child and has had to establish her place in the pecking order (climbing steadily to the top it sometimes seems!) I suppose we will never know. Perhaps she is just always going to be a bit of a force to be reckoned with!

She is so stubborn and tenacious too! Try as you might to get her to give her drink back (we still help her with a cup sometimes as she has a tendency to just tip it all over her front)- nope – no way – rather than sip it she is adamant that she finishes it.  All in one go!!  I’m sure she’ll be a hit in her university in years to come! 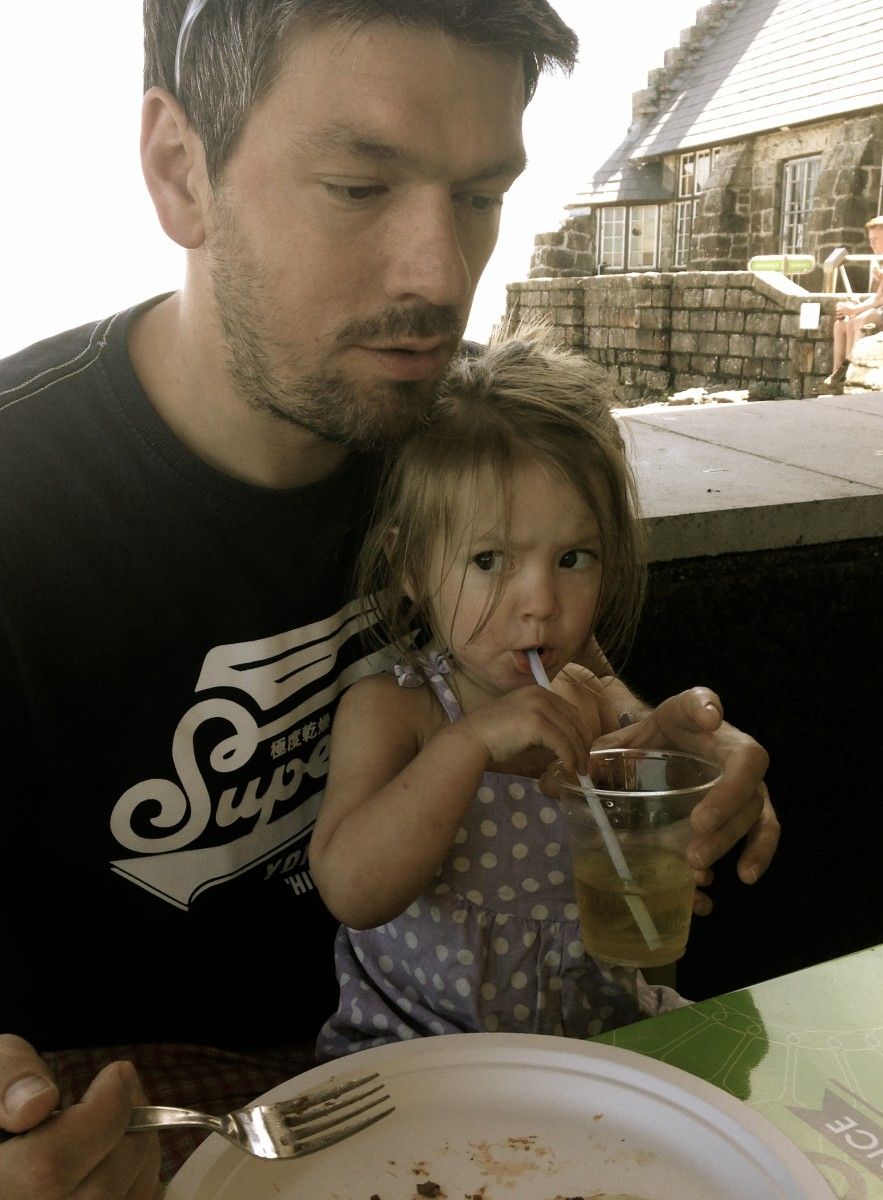 But, although she’s stubborn and can have the most enormous of hissy fits, she is also a very thoughtful, gentle and affectionate little girl. Every morning without fail we’ll practically be wearing her as either a backpack or a scarf where she is hugging us so tightly with her ‘death grip’ where she refuses to let go and you have to try and prise her off!

The other day I heard Holly shouting for help – so as we turned around all we could see was that poor little Holly had been sumo-wrestled to the floor for one of Ella’s ‘special cuddles’ and who was once again refusing to get off!!

She showers us all with kisses regularly and is quick to say sorry if she thinks she’s done something wrong. That is, unless you actually ask her to say sorry for something she has in fact done, as then all you get is a big cheeky grin as she turns her head away and just peeks at you from the corner of her eyes.

She’s also not really scared of much. She dives head first into almost all activities (sometimes scarily so!) and has a very gung-ho attitude towards her little life. 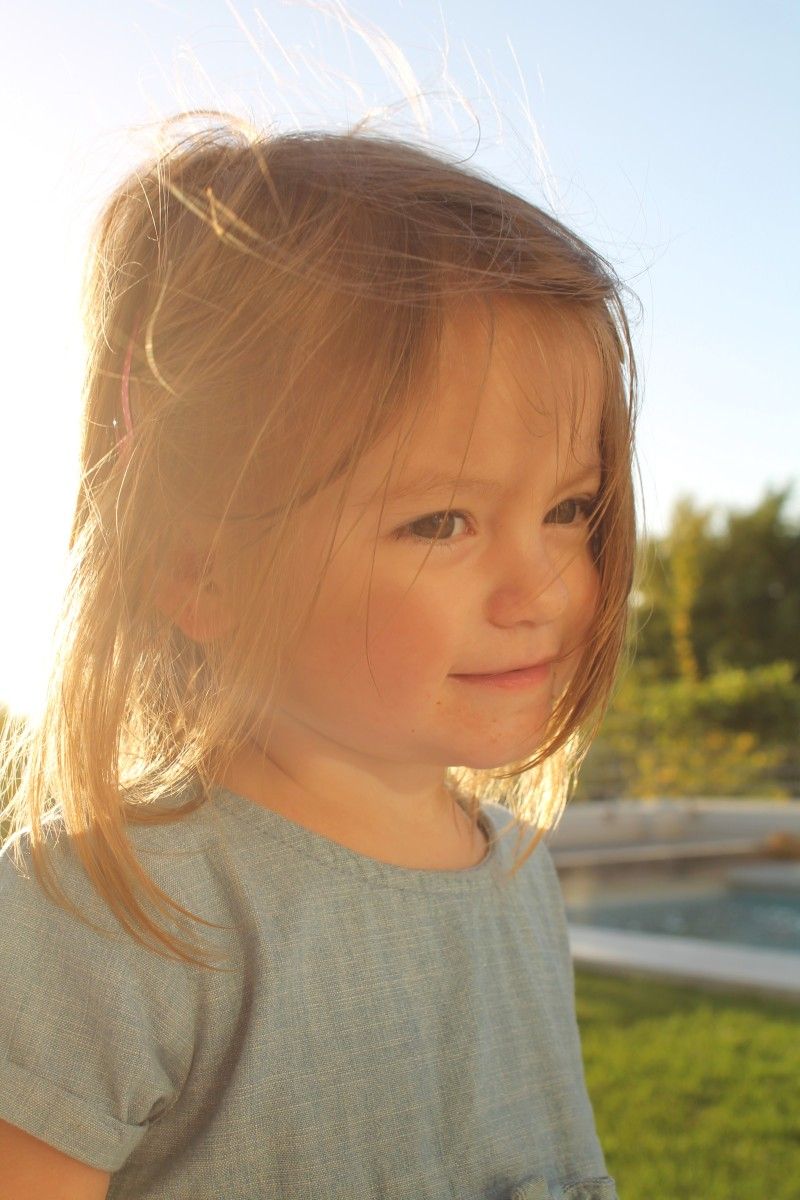 She really is quite a character.

And because she’s still rather dinky for her age (though I’m pretty sure neither of my girls will be very tall with me as their mummy!) she gets away with murder!!

Because she’s so darn cute!

For some reason, one of her current favourite things to do is count! She can count perfectly now to 12, and even pushes on through to 18 though gets a bit mixed up at the later numbers! This must have been picked up from her big sister. Seriously – everywhere she goes – she counts!

Actually it’s as as if she has verbal diarrhea as she is so seldom quiet!

She strings lots of really sweet sentences together now too which is lovely as we can communicate properly with her and fully understand what she needs or wants.

One of my favourite things she says now is:

‘Mummy – Are you coming’, Daddy – are you coming’ with the sweetest and most endearing rising intonation at the end of each question!

And we’re all relieved she can finally pronounce ‘Holly’ correctly too – which is one word she struggled so much with (rather hilariously I might say as we always found it rather amusing!)

I’ll leave you with the video….

Love from Mummy Daddy and Holly