Well, while the rest of you probably tiptoed merrily around gardens, with your little ones tightly gripping onto their little Easter baskets with big grins of anticipation and excitement – I was slaving away indoors trying to keep house on an Easter weekend I doubt we’ll forget in a hurry.

But just because this post is dotted with a pictures of happy, smiling faces – don’t be fooled…… as it was certainly one of those weekends where if you didn’t laugh, you’d cry! 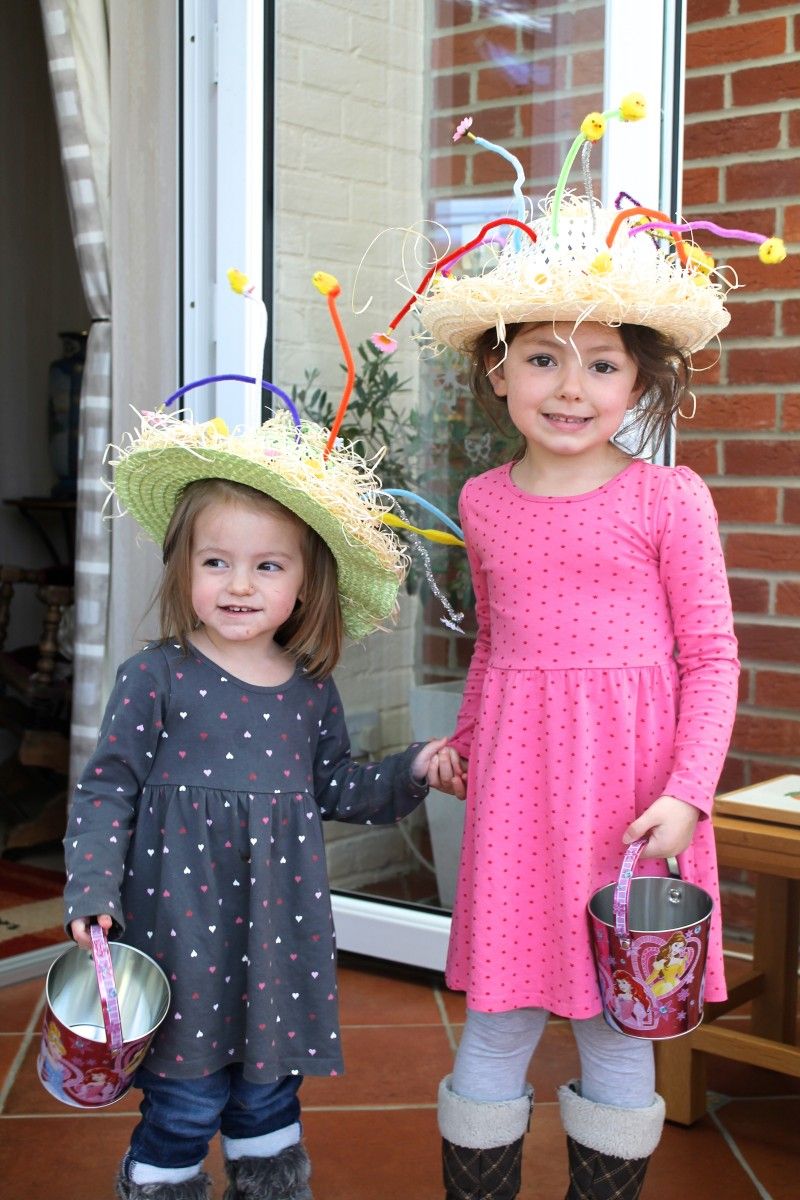 Though to be honest – it started out rather well.

As I picked the girls up from Nursery on Thursday even I actually fist pumped the air as Holly announced she had won the Easter Bonnet competition in her class. (So, obviously I was totally overwhelmed and almost speechless as that pretty much meant me didn’t it as head designer?!?!!!) I came over all funny and practically did a bow and a speech as if I was accepting an Oscar or something! Then I went to fetch Ella from just along the corridor where we didn’t win (I only sulked a bit – I promise!!) and was told how she’d been a bit grumbly and had a sore bum. Nothing new there then I thought!

Anyway, that evening was pretty non-eventful, as I continued to clean up the house as much as I could with two little terrors running wildly around my feet and a husband on crutches after a knee op who is using the kids pram to get from A to B!

Once the decks were clear and the kids were silently in bed, I was able to snuggle onto the sofa in the nice tidy sitting room, watch the next episode of The Blacklist (love it!) on TV and just smile at myself at the thought of the lovely long weekend I was going to have. 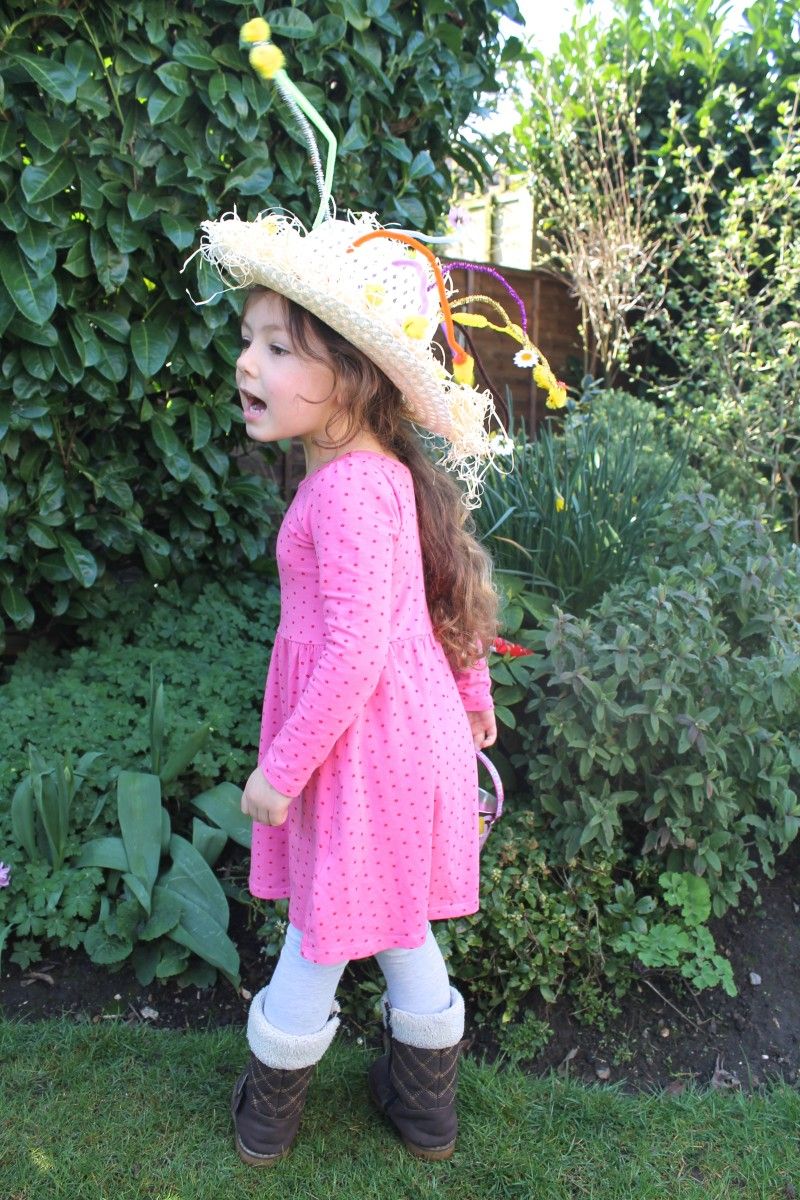 Ella stirred a little through the night – which again is not uncommon so I just shrugged it off and went back to bed.

The next morning, as we were sat playing in the living room around midday and after Ella had had some milk after a nap, she asked for a cuddle as was still acting a little clingy and unsettled.

As I picked her up to give her a cuddle she let loose – projectile vomit all over my whole left arm and past me down onto the new carpet with a loud splat!

Panic mode pretty much set in – with Mikey on crutches unable to walk or pretty much do anything else, which do I deal with first?!?!? The screaming toddler who’s obviously not a happy bunny and has sick running out of her nose, me – who is literally covered and feeling very ‘moist’, or the carpet…the new, rather expensive carpet!!!!

So, as the good mummy that I am – I pottered quickly out to the hall (which has a wooden floor!) and stripped both Ella and I of our sick dripping clothing and went upstairs to run her a bath. All the meanwhile, Mikey (bless him) was led on the carpet (as he obviously can’t kneel) wiping up the sick as best he could with kitchen roll and 1001!! 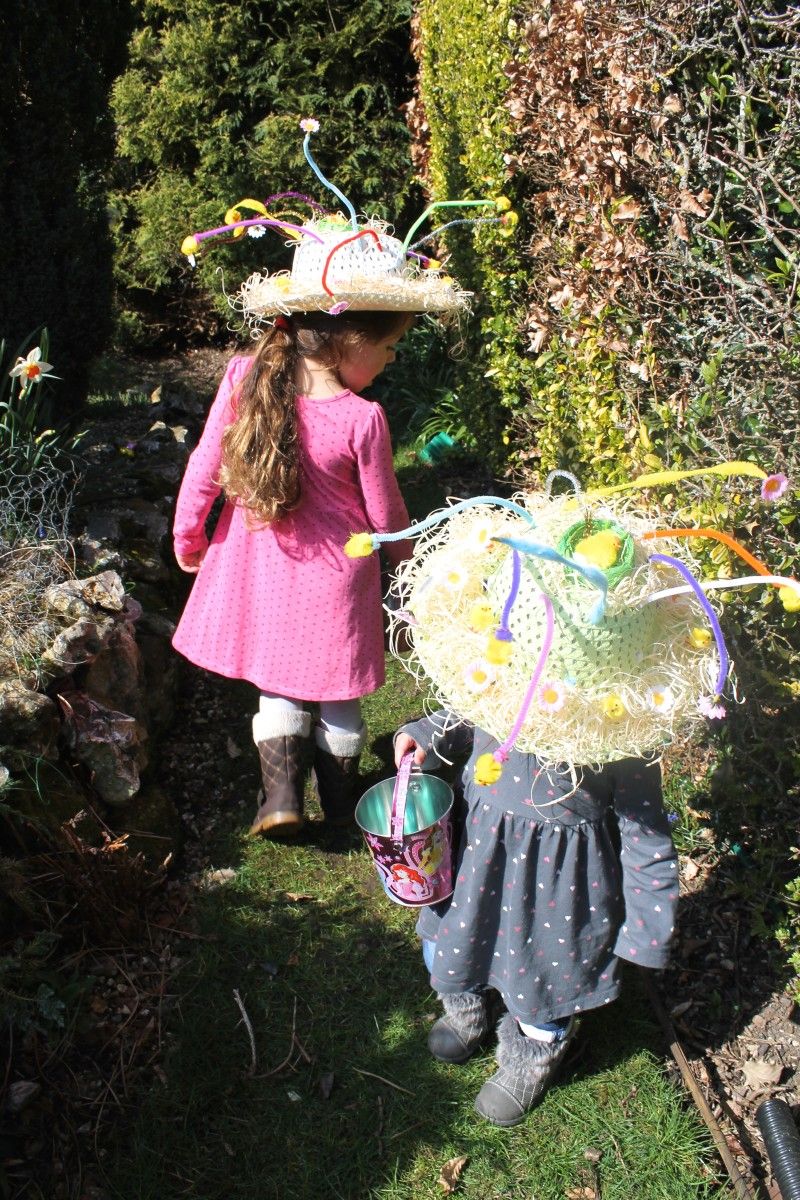 Once we were all bathed and dry, and the carpet as clean as it was going to get for the time being all went back to normal. Ella seemed loads perkier as she continued to ask for Malt Loaf and Smarties!!!

So obviously we assumed it was just something that had disagreed with her and carried on as normal.

So that evening we trundled around to our friends house for a takeaway so we could have a catch up after returning from our holiday and so that Holly could see her best friend. The three girls careered around the kitchen island like mad people so we could sit back and natter.

We’d not been there long when Ella got a little sleepy and asked for her milk and then a cuddle. And lo and behold…….

She projectile vomited all over my clean white jumper, their hallway and through into their downstairs loo! 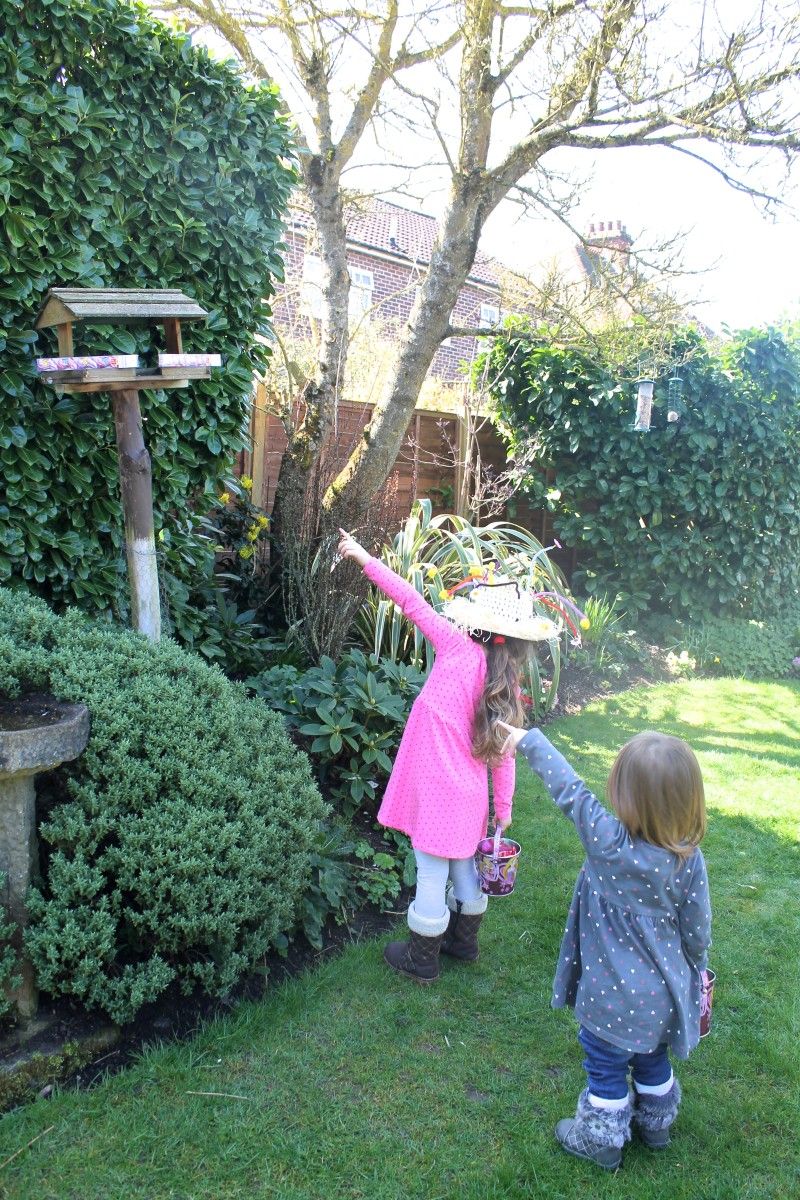 I didn’t know quite what to say!

Again, with Mikey out of action and unable to assist, and with a clingy child who we now realised obviously has a bug who wouldn’t let go of me, I just had to look on with horror as my poor friends had to clean up the floor, the wall and pick the chunks out from behind the radiator pipes! Mortified!

I couldn’t even strip off as I had no change of clothes and didn’t fancy being naked in their house!

So, after A LOT of apologizing and thanking and apologizing some more, we decided it was time to leave and get poor Ella to bed as soon as we could.

Gutted – as we hadn’t even had the takeaway too!! 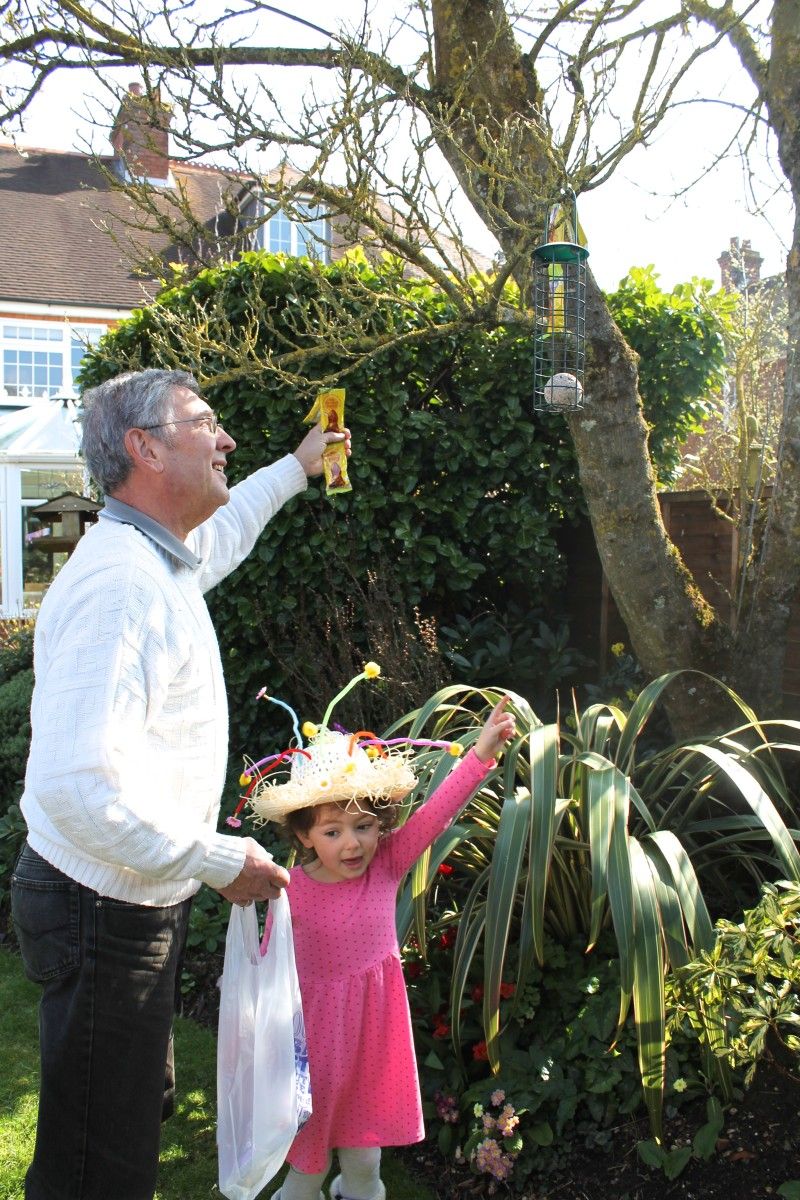 Luckily she fell asleep as soon as she was in her little sleeping bag – and Holly went to bed quickly too – which left good time to still order that naughty but nice Thai takeout. YUM!

Normally Mikey goes and gets these, but again, with him out of action, I just got them to deliver. Now my maths is pants! So when the man arrived I am embarrassed to say that there was a little more to-ing and fro-ing of how much it cost vs how much I’d paid for my liking, and in the end I think the man just gave up as I didn’t have change so we now owe 15p!!

Time for bed after a pretty eventful (and smelly) day.

Then at around midnight Holly shouted out

Not only was there sick on her bed, but  there was sick in her hair over her pillows, up the wall and on her carpet too!

Poor old Mikey came hobbling out of bed to see what on earth was going on. I took Holly to the bathroom to calm her down and clean her up and then legged it downstairs to fetch the cleaning stuff. Mikey then set about clearing up the mounds of sick as I sponged her down and redressed her in a fresh pair of pyjamas.

She then spent the night with us. 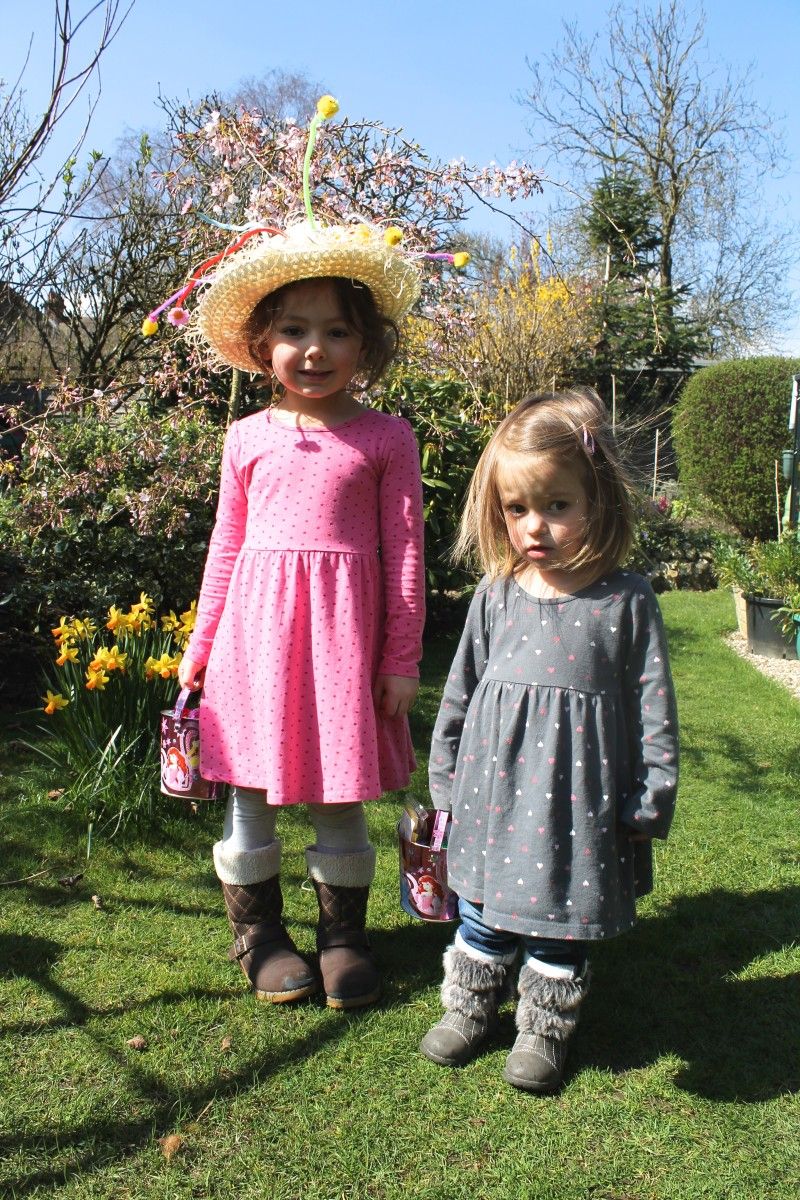 But then, at around 2am, Mikey sprinted (well, as well as he could do!) to the bathroom and was sick too!!

Could this seriously be happening!!

The next day all seemed ok really.  Mikey started in bed for a long lie in and rest, while I took the girls downstairs.  They both seemed quite perky!

So much so that, when I was in the utility putting on ANOTHER load of washing, they were happily playing on the stairs! Yes I know, not ideal, but I thought Mikey had half an eye on things. I was wrong!

Anyway, it turned out that Ella didn’t have any leggings on whilst doing so, and unfortunately had a rather dirty nappy!  Lo and behold, we ended up with nice poo marks all the way down the cream stair carpet!

Then the next day, Holly was ill again!  And the poor thing had the most awful stomach cramps and needed to sleep with us again, with towels covering the bed a big bucket being held by me, whilst Dora played on the TV just to keep her mind occupied elsewhere slightly! 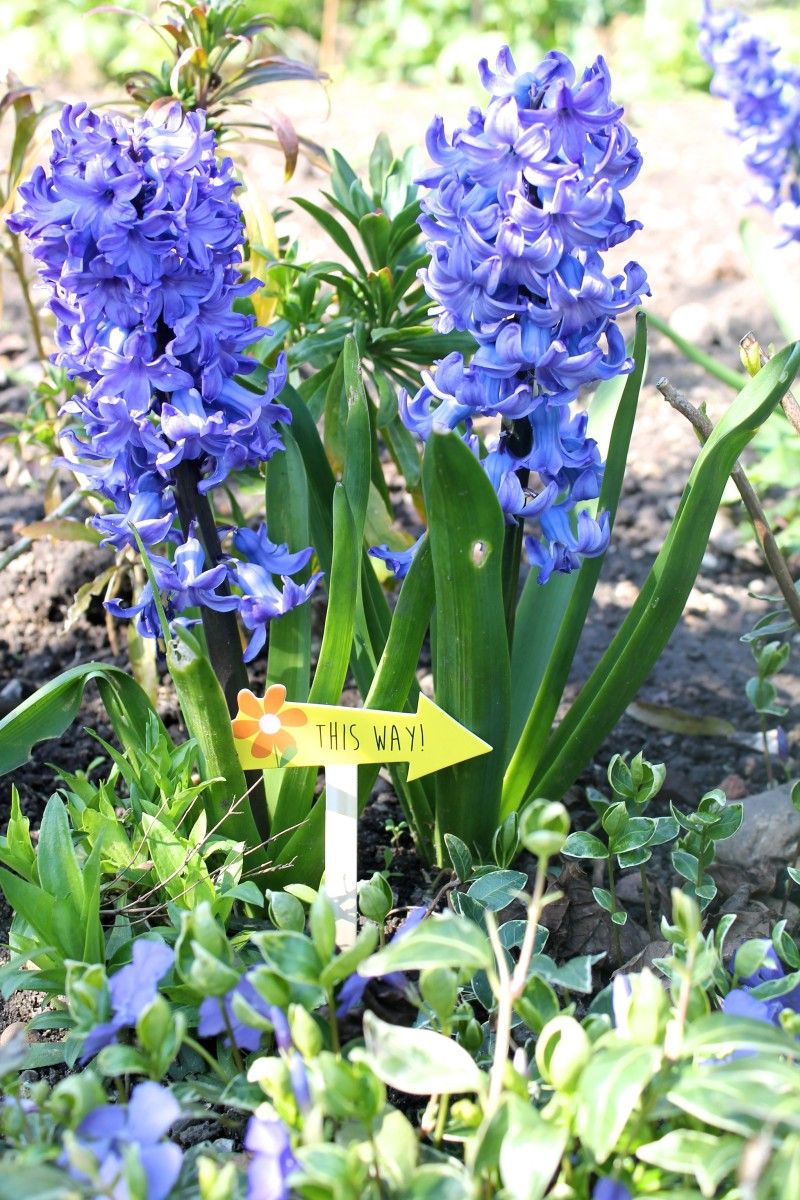 Luckily, Monday was pretty good in comparison to the previous days!

And we even managed a very last-minute Easter egg hunt in my parents back garden, which they thoroughly enjoyed.

PS: That evening – Ella surprised us with a very nasty and rather runny poo in the bath!

Holly thought it was hilarious!  I didn’t – as I still had to fish out the toys!

You couldn’t make it up! 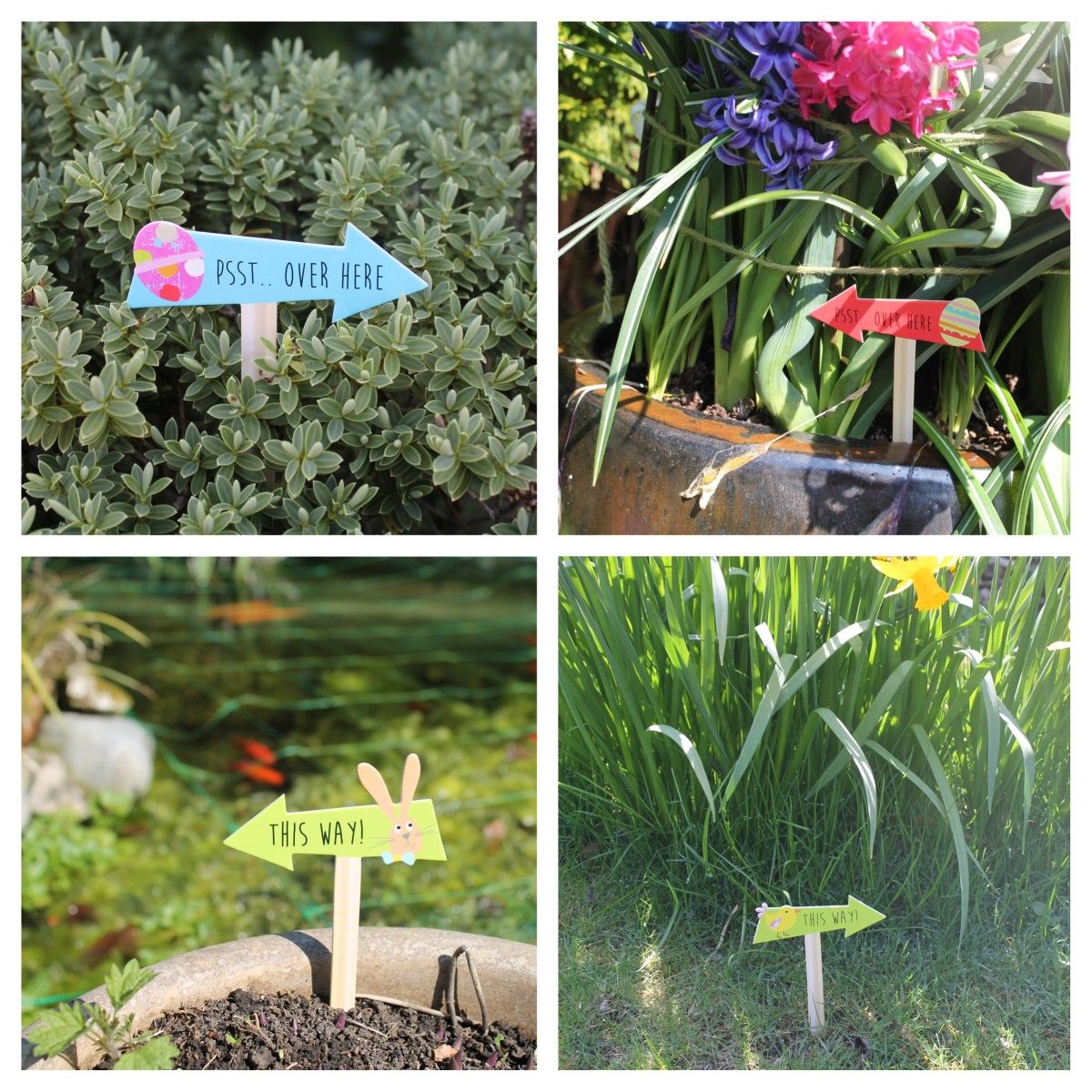 But all’s well that ends well, and they still managed a pretty good Easter haul………

Hope your weekend was better than ours! 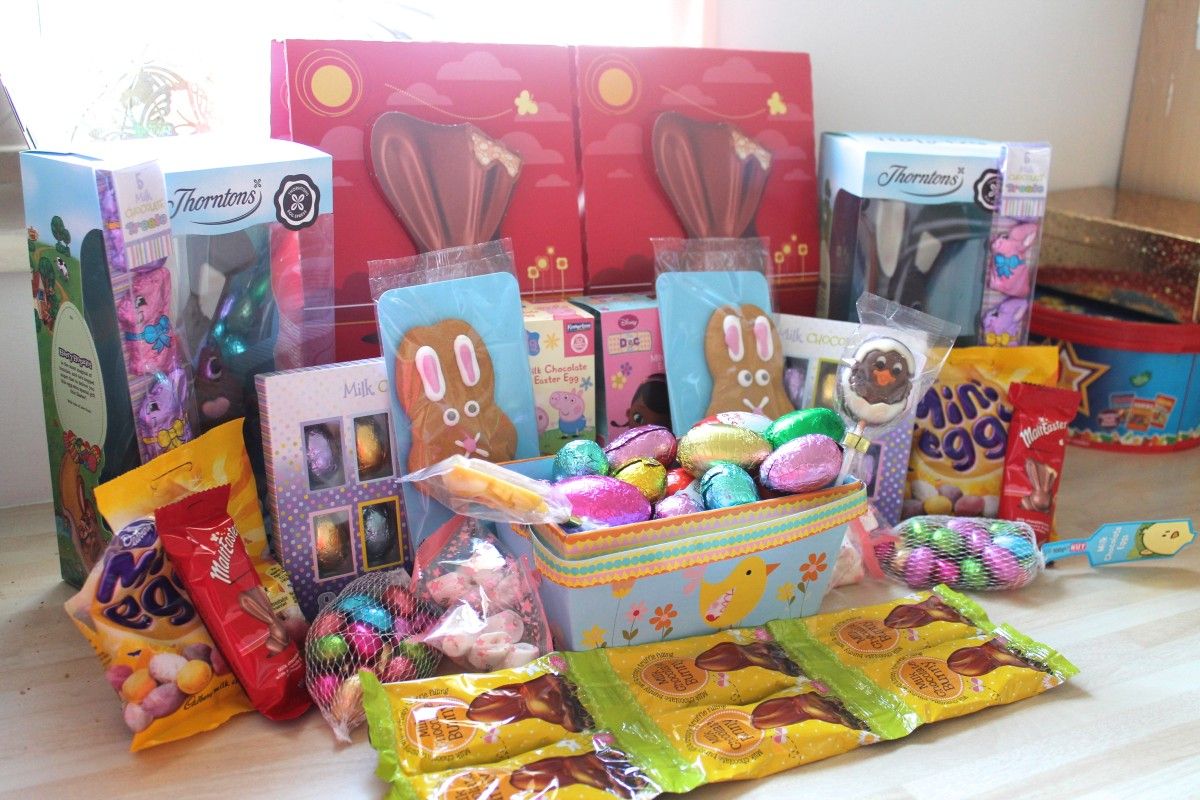