Linking up to ‘My Captured Moment’ with the fabulous Heledd at Running In Lavender.

So, it turned out that I was a little bit ill while I attended Britmum’s Live this year. And after returning home on the Saturday evening, feeling exhausted and with what felt like a throat full of razor blades, all I could manage on Sunday, was to stay in bed.

It was a bit of a shame really, because it was such a beautiful day outside.

As I lay there, dozing or watching some silly film on the tv, I heard a bit of a commotion going on in the back garden. Lots of shouting from Mikey and lots of giggles from Holly and Ella.

Obviously I had to take a peek, so I crept out of bed, pushed open the bedroom window a little more so as not to be heard, just so that I could have a nose as to what was going on without disturbing it.

There below, was my poor husband, knackered from a day of dealing with the girls on his own, trying his hardest to water the garden using the hose pipe.

And there, on the other end of the hose pipe was Holly and Ella playing tug of war!

Much to the dissatisfaction of Mikey of course, who was slowly losing the plot!

From the safety of my bedroom I had to chuckle to myself as I looked down at the events taking place.

I love my family. 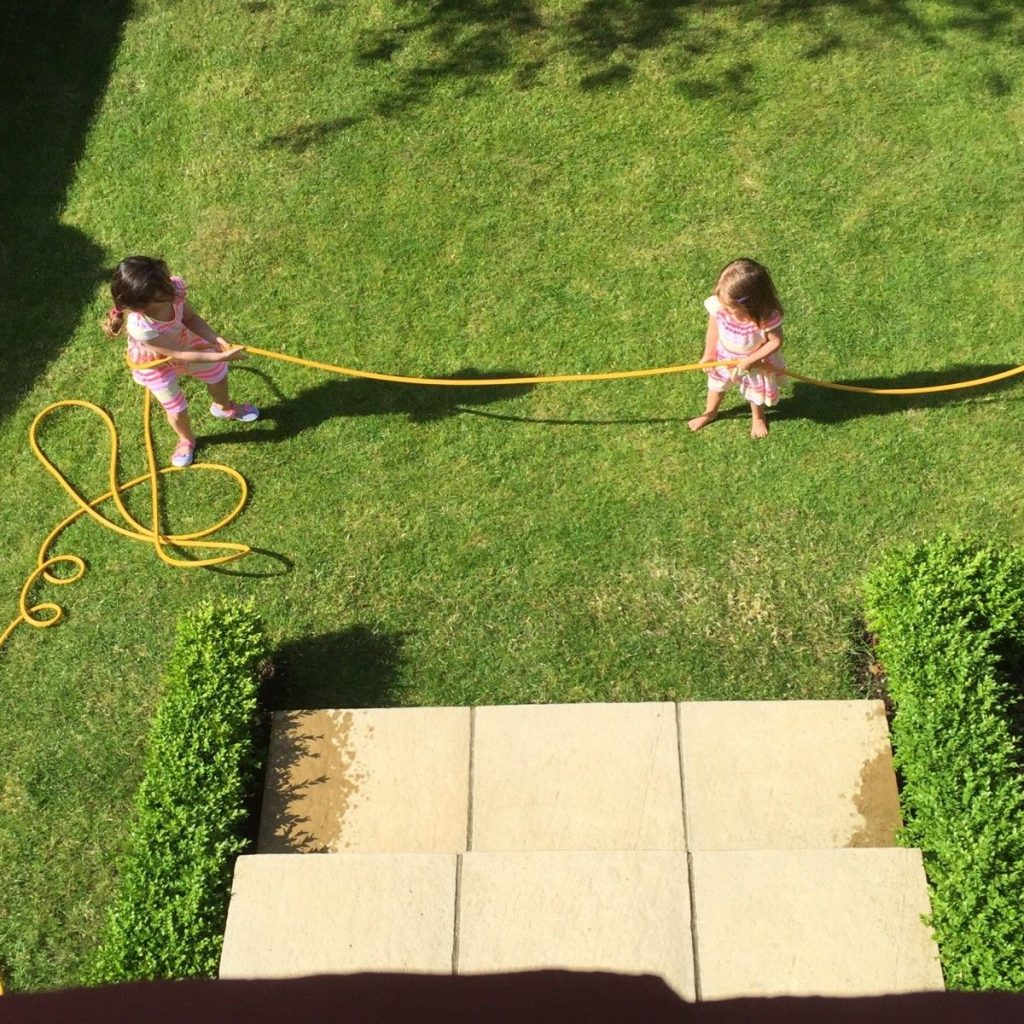