This week I’ve loved spending some fun time together as a family.

Over the last year, the Newbury Racecourse has been undergoing some major refurbishment and improvements, which have excitingly included the development of an entirely new nursery and this afternoon, we were invited along to watch as Holly and her class buried a time capsule in the new grounds to mark the occasion.

I’m not entirely sure whether other classes have done something similar to this previously, as a kind of tradition on leaving to go to big school, or whether this year was special to mark the end of the nursery we’ve grown to know and love.

But nevertheless, it was lovely as her mummy to have been invited along to this too, it was rather a special and momentous occasion and a mixture of happiness and blues as it rather ceremoniously marked the end of an era if you like. 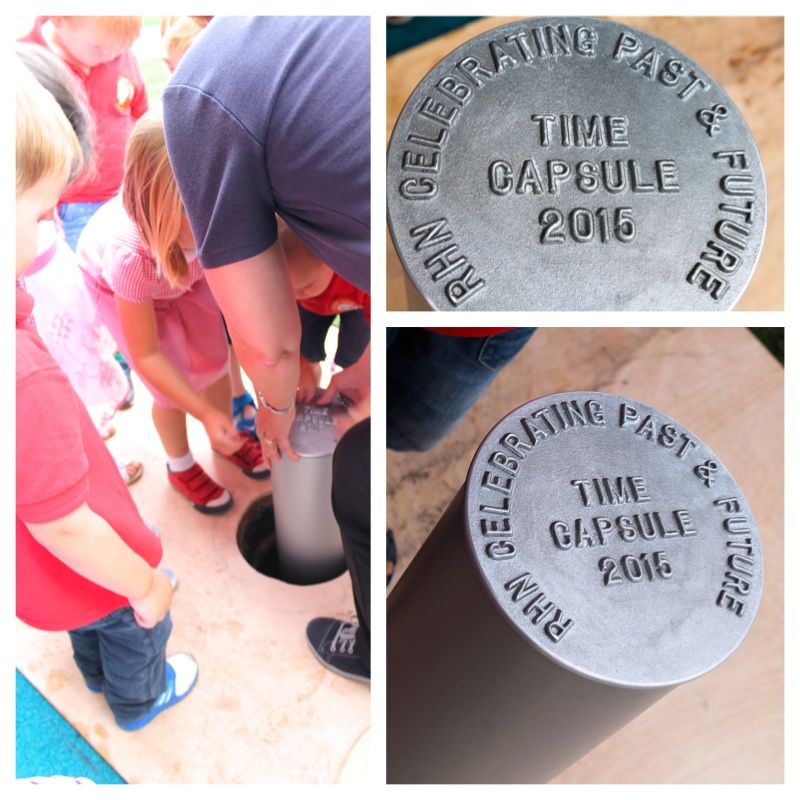 Mikey and I often go to the races with our friends – it’s quite a lot of fun to dress up a bit, and sit in the sun together chatting with a few cheeky glasses of Pimms!

I suppose the reason we go quite as frequently as we do is because it’s basically on our doorstep and therefore so easily and readily available to us as something fun to do. Plus there are a couple of race events through the racing calendar where it’s really geared toward families, with pony rides, fairground stalls and rides etc, so we try to take the girls along too to enjoy the races with us. To be honest though – they are not exactly new to the whole affair.

As I mentioned before, our girls’ nursery/pre-school is owned by and housed in the grounds of Newbury Racecourse, so they often walk the course or go on nature trails or picnics on non-racedays, and on the race days themselves, they are taken to go and see the horses in the parade ring. They absolutely love it too!

Once the capsule had been placed into the ground, (with a helping hand from a man in a horse costume which didn’t go down that well with some of the children! Our own included!) we were all then invited to continue the celebrations just over the little walkway and in the racecourse itself, to enjoy a spot of evening races from the warmth and comfort of one of the boxes, with a rather nice spread of food and drinks laid on to boot! 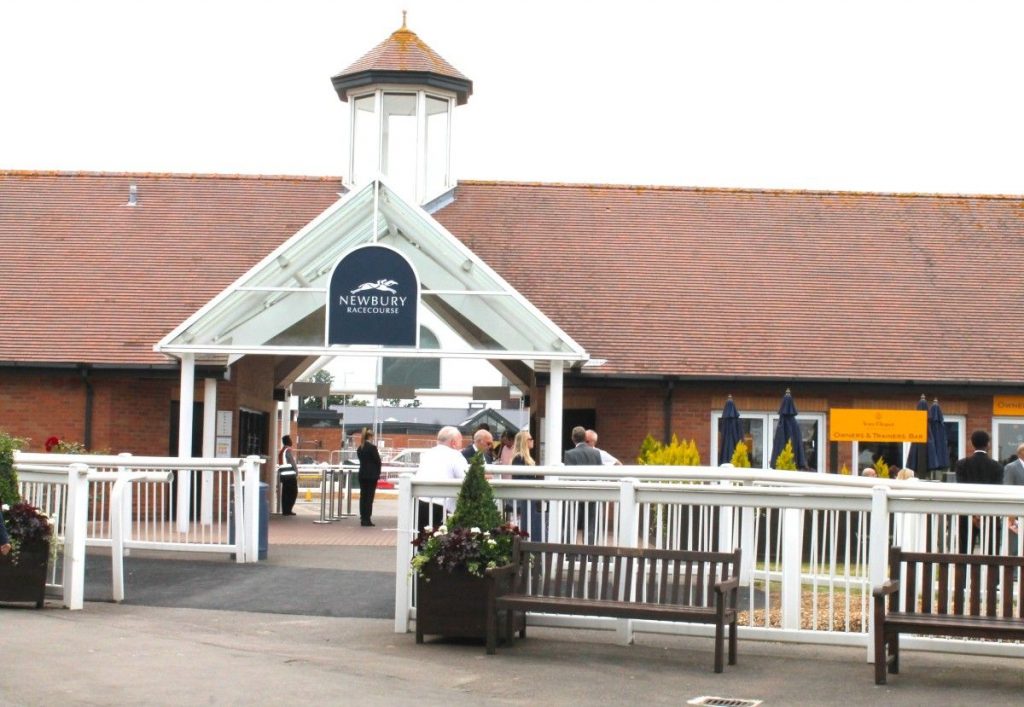 Throughout the evening, tours took place to take the parents back over to the nursery for a proper tour of the new facilities which are due to open at the end of this year.

The facilities were wonderful, rather a stark contrast to the old building they are currently been based in, with all the glistening new rooms, facilities and apparatus and a really well equipped new sensory room too.

One of the main attractions though was a race track in the new garden, which went down extremely well with all the children, who spent the entire time running around in circles. 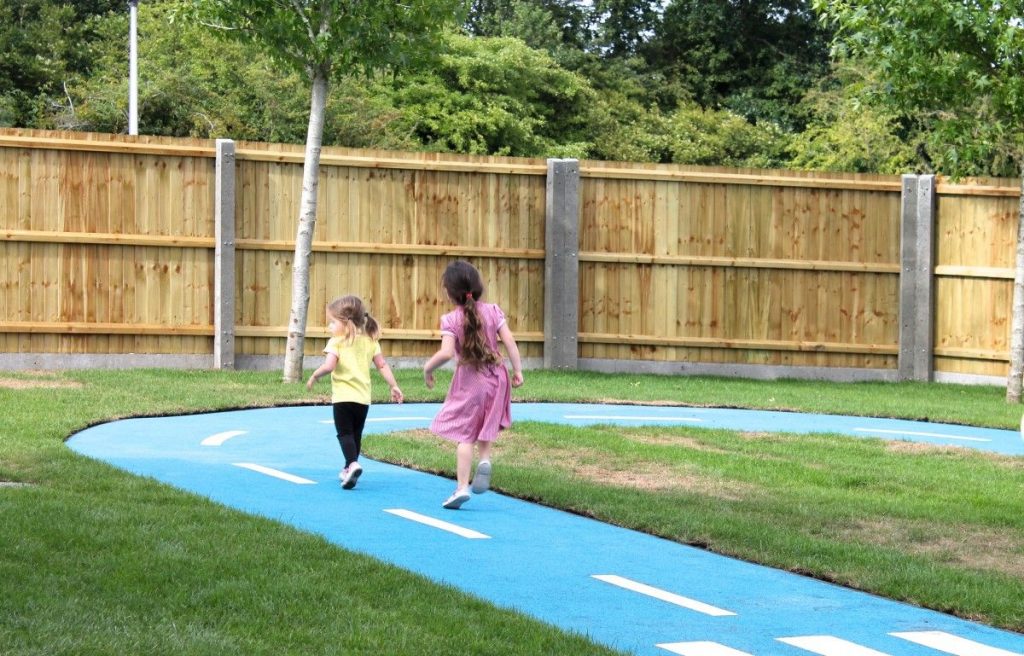 The girls had a fabulous time.

It was a social event for us all. We chatted to other parents about the recent school admissions, where their children were off to and were they ready etc, whilse the little ones, could all run around safely housed with the four walls of the box! Which they did! A lot!

Obviously though, we didn’t spend our entire time in there. We took the girls for a walk around to go and see the horses, and to watch them as they ran past the winning post. 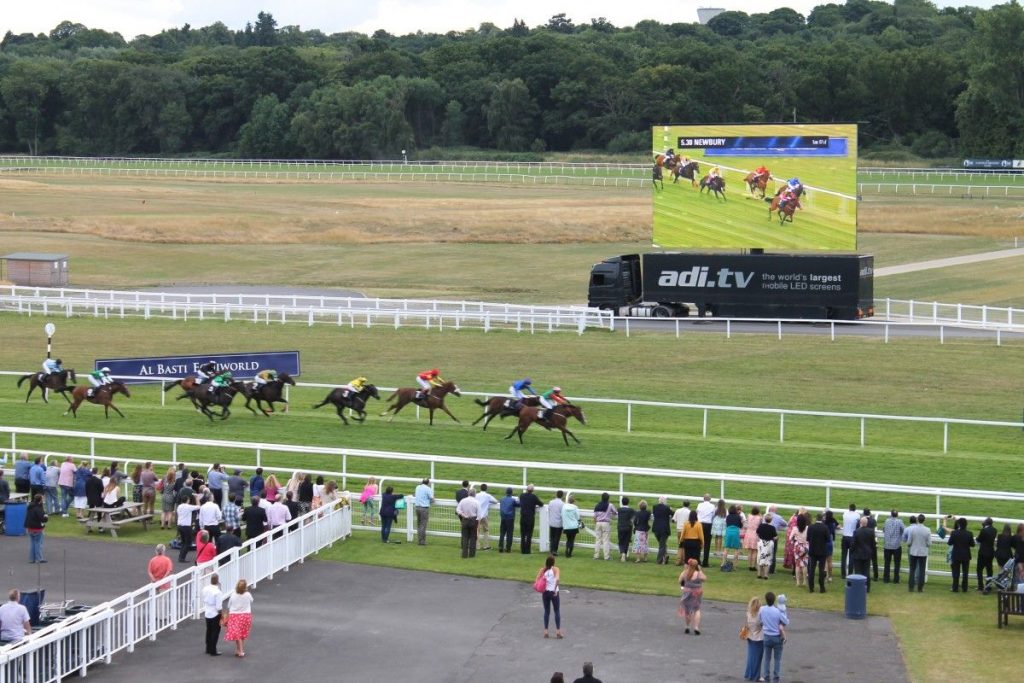 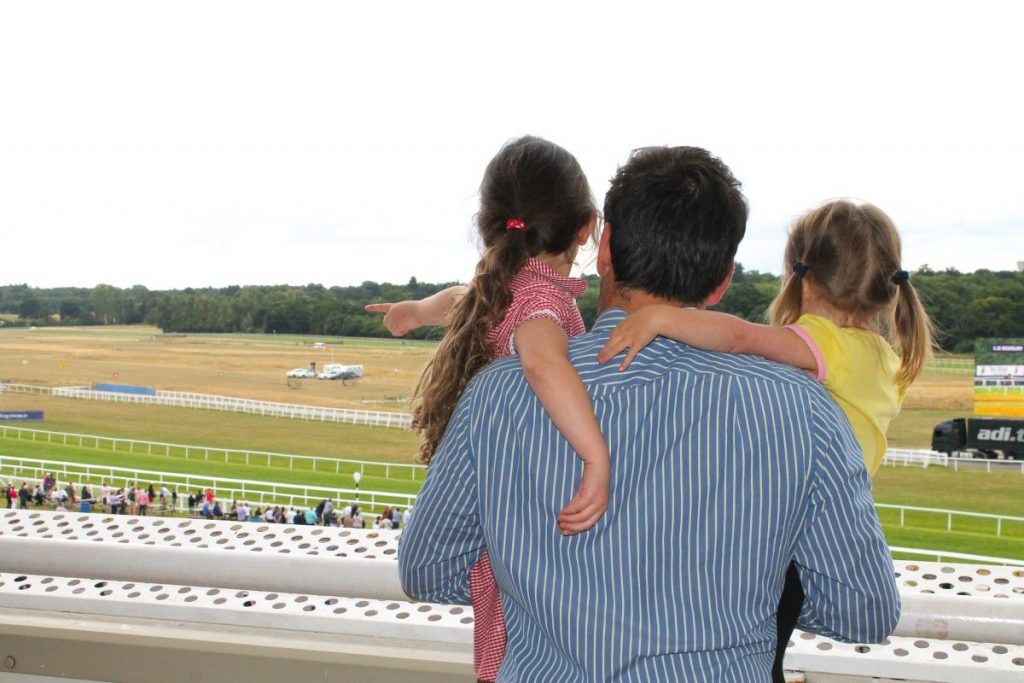 I think the plan is for the new nursery to open in September, so Holly will not get the chance to try it out for herself, but little Ella will be there with bells on!

It was a lovely occasion for them both. After all – this was a day marking the end of an era for Holly, but the start of a bright new one for Ella in the new nursery.

A complete mixture of emotions, but a lovely time had by all.