Though some of you may have already seen this photo this week via other social media – I just couldn’t let it pass without mentioning it as a captured moment.

There really is no point spending so much money on toys for kids these days when the thing they love the most is the box it comes in!!

I received some large items this week, but rather than binning the rather large box – I knew it would put a beaming smile across a certain couple of little peoples faces.

I had to do a little bit of manoeuvring with the help of Mikey in order to actually get it into the play room – but once I called the girls through – we knew why we’d gone to all the trouble.

Holly came bounding up to me and gave me the biggest bear hug saying….

It was just as if we’d spent a fortune on something they’d been wishing for, for years!

Then, they moved in and made it home.  I gave them some cushions and blankets and they played happily for ages!

You see – who needs toys eh?

I think I know what to get them for Christmas now too! 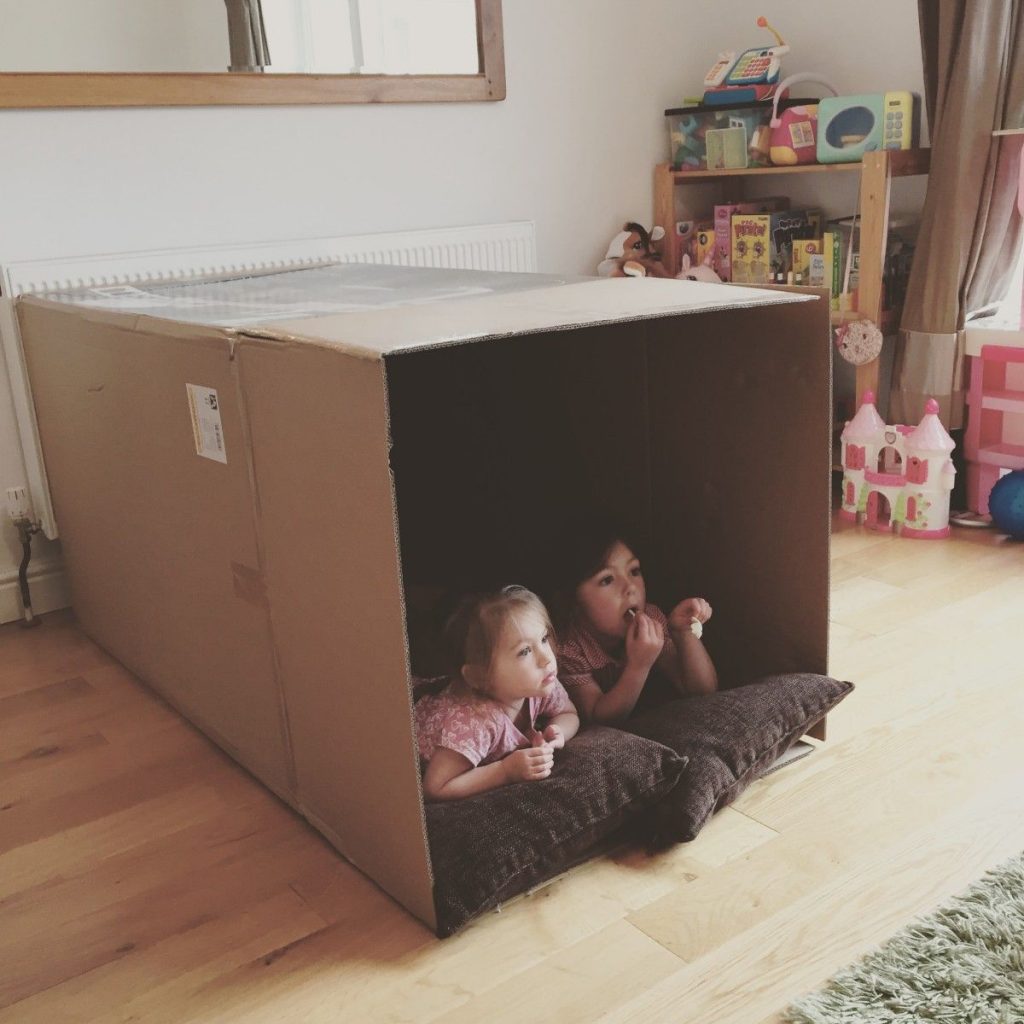