This, believe it or not, was Christmas Day just gone.

No snowy covered verges, no dull grey skies overhead, and what’s more, not too chilly either!

It was in fact a beautiful day.

Holly had received a sparkly brand new bike as her Christmas present, which she opened at her Grandparents house.  Obviously she was far too excited to have a go and couldn’t possibly wait, so we all donned our boots, gloves, coats and hats, wand trundled off up the road to let her have a go.

Luckily my parents in law live in the countryside, so that when added to the fact it was Christmas Day, meant the roads were pretty much clear of any traffic at all.

Which was pretty handy really as Holly was a little on the wobbly side – even with her stabilisers on!

Ella of course had to have turns too – though she was far to little for her feet to touch the pedals, so she just clung onto the handle bars as much as she could and screamed “Faster” at the top of her lungs, in amongst the giggling!

Or at least that’s what we think she was shouting!

Each of us took it in turns to either help steer Holly or to assist in pushing Ella, so at the end of the walk we were all pretty tired and our tummies were making some very loud rumbling noises!

We were most definitely ready for the fantastic warm and welcoming Christmas lunch!

This photo was taken as we got back to the house (the driveway is just here on the left) and both girls had had enough of the new bike!

So instead, they walked together, hand in hand, under the warm winter sunshine. 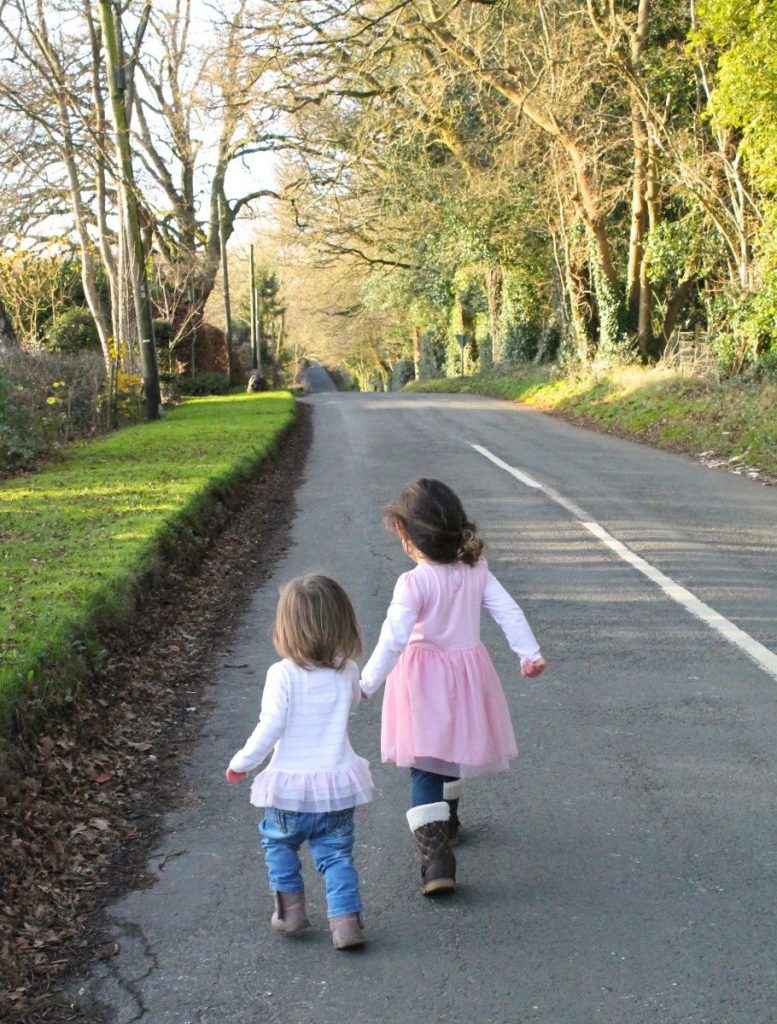