That REALLY is the question!

Well, it’s most definitely been a question myself and my husband have toyed with and mulled over for the last year or so.

We have a lovely four bedroom house, so obviously there is room for both girls to have their own bedrooms, but we do occasionally have guests to stay, so it would be nice to have the guest room remain.  Also, in an ideal world I would love to have a study, somewhere to call my Blog HQ and somewhere to keep all my thoughts, ideas, notes etc in one tidy space.

This being said, the most obvious option is therefore to put the two girls into the same room.

We’re both in two minds though.

I can see pro’s and con’s for each, and obviously want whats ultimately best for the girls.

So I’ve put together a little list to help me decide….

So you see, we’re a little undecided. But as I suppose I said above, it really doesn’t have to be forever. If we did it only for one year it would be a step in the right direction and would certainly solve a few of the space problems in the interim.

The next thing to consider would then be the type of beds we bought.

There are plenty of possibilities out there but each pose their difficulties.

The reason we are considering twin beds, is that they will, with no doubt be the most ‘transferable’ option. As the children grow up and get older, and want their freedom and space again, these beds will easily be moved into separate bedrooms.  So then if we bought these, we’d save money in the long run as wouldn’t have to buy beds again.

The thing is, tho is the option which takes up the most available floor space, leaving hardly any room for other large furniture items, let alone trying to fit in toys as well!! 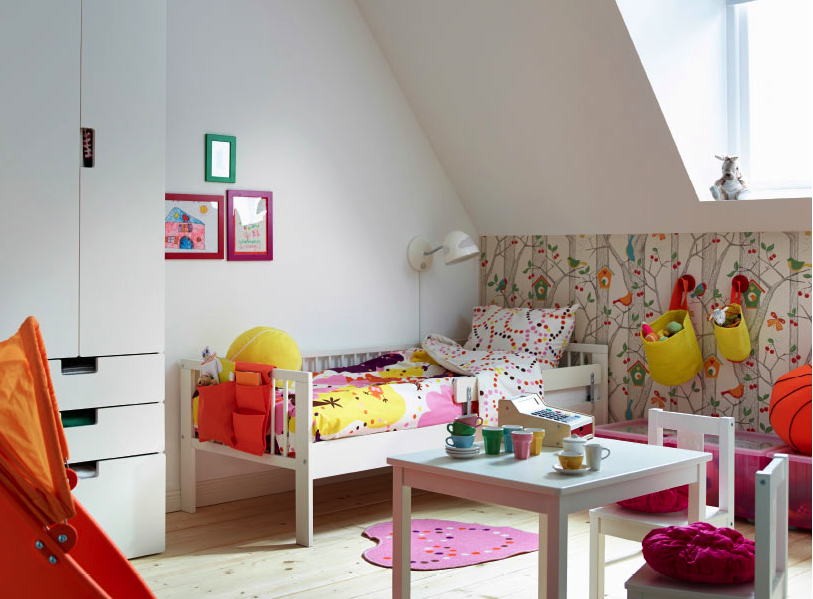 I love the idea of bunk beds because they’re good fun!  And of course, they would be the best ‘space saving’ solution.

But, although I can see them as fun, there’s that rather well known song that springs to mind too.

“There may be trouble ahead!”

I can see fights and bickers as to who has the top bunk, though we’d obviously give this to Holly as she’s the eldest and is far more capable of climbing the ladder. Which leads me perfectly on to my next point. Our little Ella is a bit of dare-devil, and as you may well know has broken her leg now, twice in the space of four months!  I’m really not sure that putting temptation in her way would be the best idea! As even if she does have the bottom bunk, she’s bound to go up and ‘visit’ big sister, and no doubt they’ll still try to use it as a trampoline! I really don’t need break number three!

Also, some bunk bed designs seem to have better steps options than others. I am really not a fan of the straight up and down ladder, only because my two are still young, so I’d feel much more at ease with the chunkier ones, which are slanted or the ones with actual steps!

Love, love, love the ones with drawers inside each step, but these are a bit more expensive.

But again, if the step are slanted out into the room, this may encroach onto the floor space also! 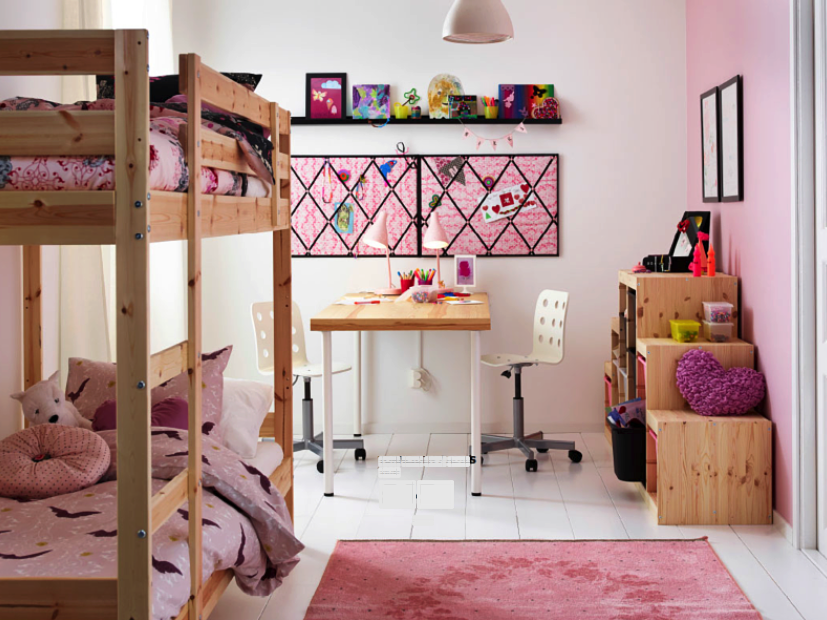 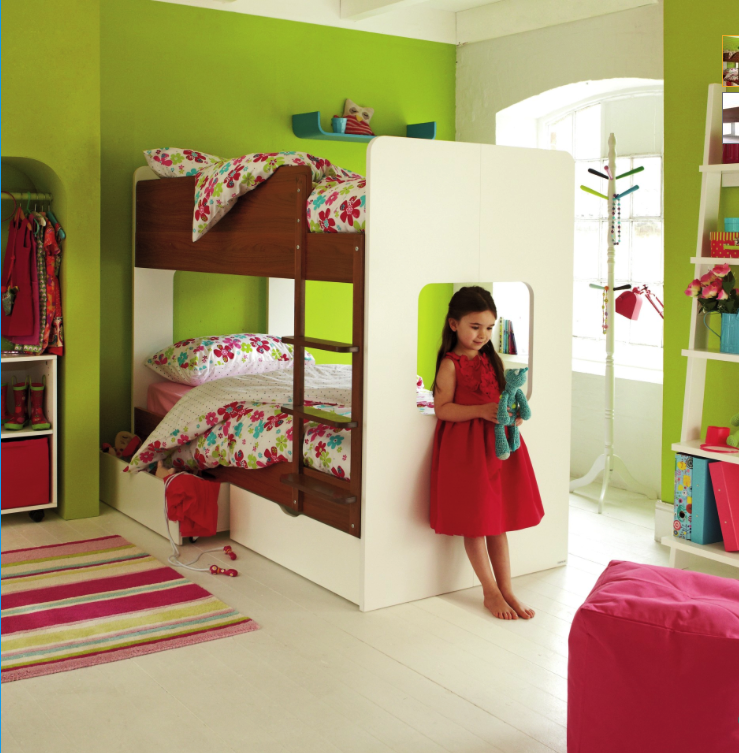 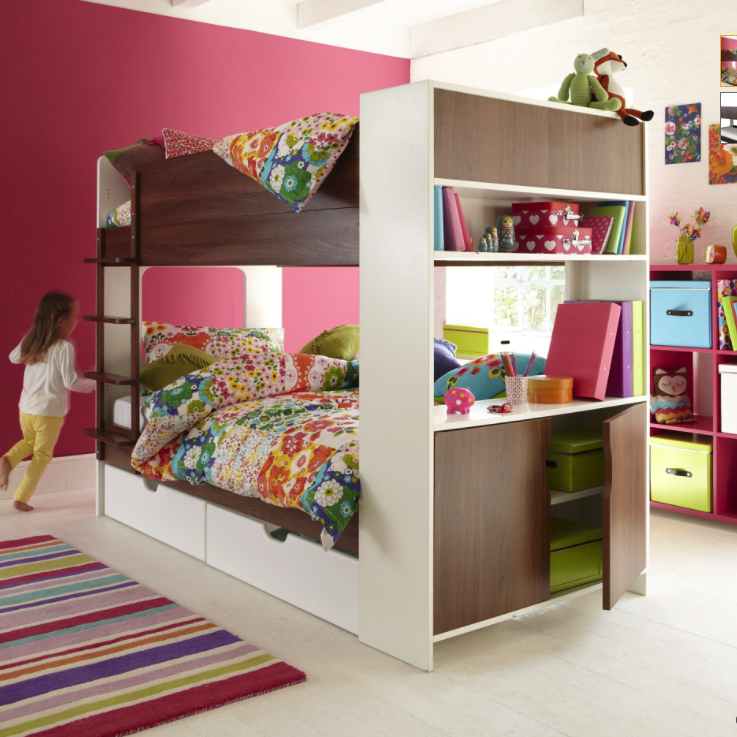 Now here we have the best of both worlds! A bunk bed which can be split up into two separate beds!

This could be a fantastic solution as for while we want the space, we want them to experience sharing a room together, we want it to be fun, they can share the bunks, bt once it’s time to move into their owns rooms – we just split them up!

Then just the normal row of who sleeps on the top!

I suppose the down side to this one would be the lack of storage space which comes with it. But those under bed storage boxes are fab for keeping little bits neat and tidy. 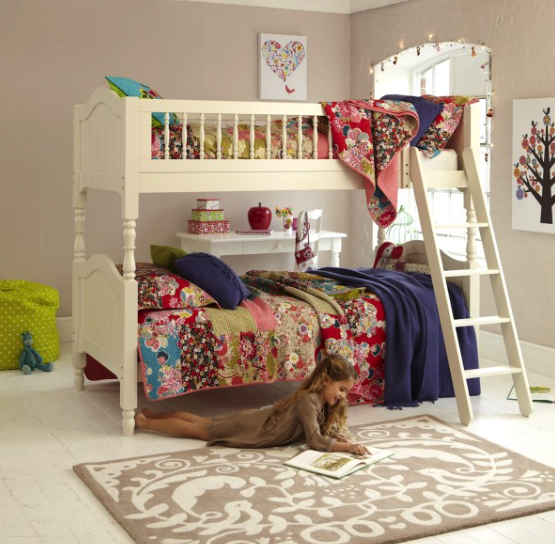 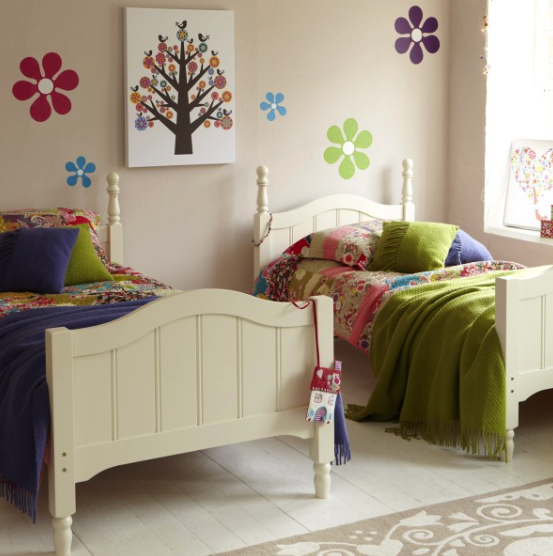 I really like these. I think they’re fun, they look safe, they appear sturdy and they come with a whole range of storage options and solutions.

The only thing is, with this, they’re obviously a bit bulkier if you have two in one room! But on the plus side, they could easily (well I think so!) be moved too.

I really like the shorter and stumpier steps, which makes me instantly feel this is a safer option, plus, there’s not the distance of the full on bunk beds to fall if a disaster was to happen.  Have you met my girls? Ella has two breaks on the same leg in the space of four months, and Holly is returning home daily with new plasters, gauze strips dotted all over her body!)

I also love the fact that I hide so many of the girls toys in something like this! Or incorporate the chest of drawers etc.  Lots of options! Yay! 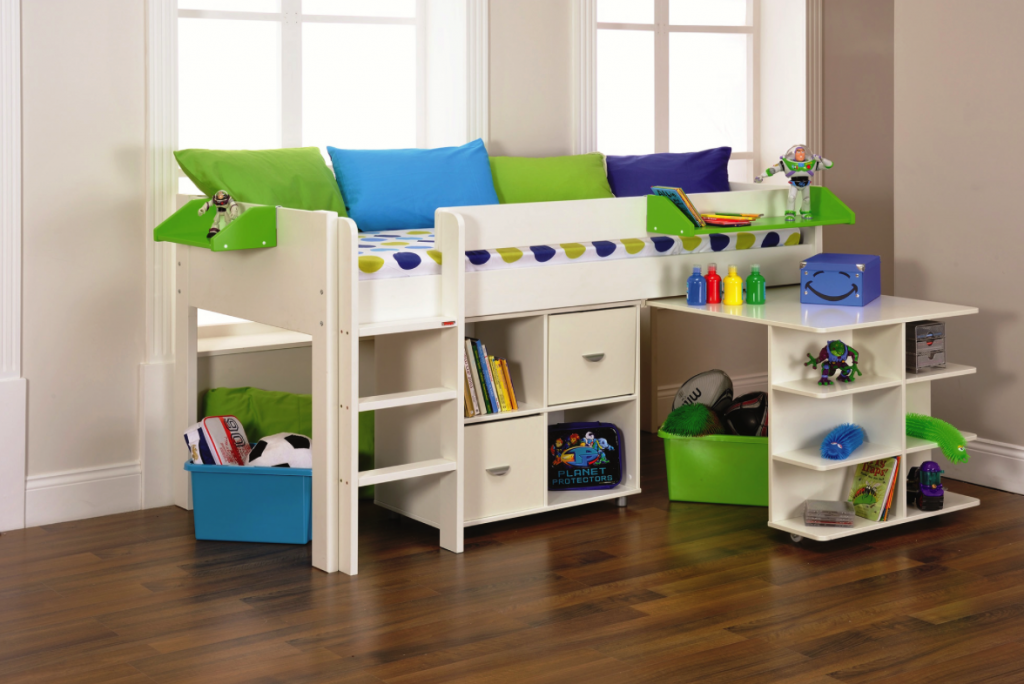 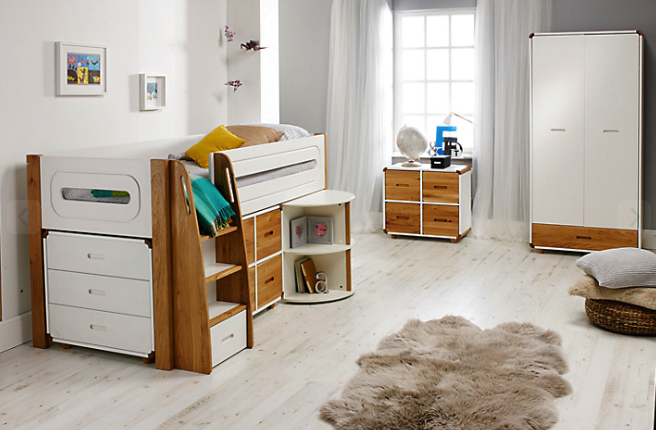 Again I like these. But probably more from the point of them being so much fun!

I would expect we would have one of these with a standard single bed in the one room, but because one was so much higher off the ground, it might give the illusion that less space is actually taken up.

I love that the kids could have play tents and dens, though how long the novelty would last for before it became a dumping ground with curtains we’d never know!

I think the extra day bed option would be fabulous for if they had friends over to stay, and the desk option would be brilliant for when they grow up a little more and the homework’s starts flooding in! 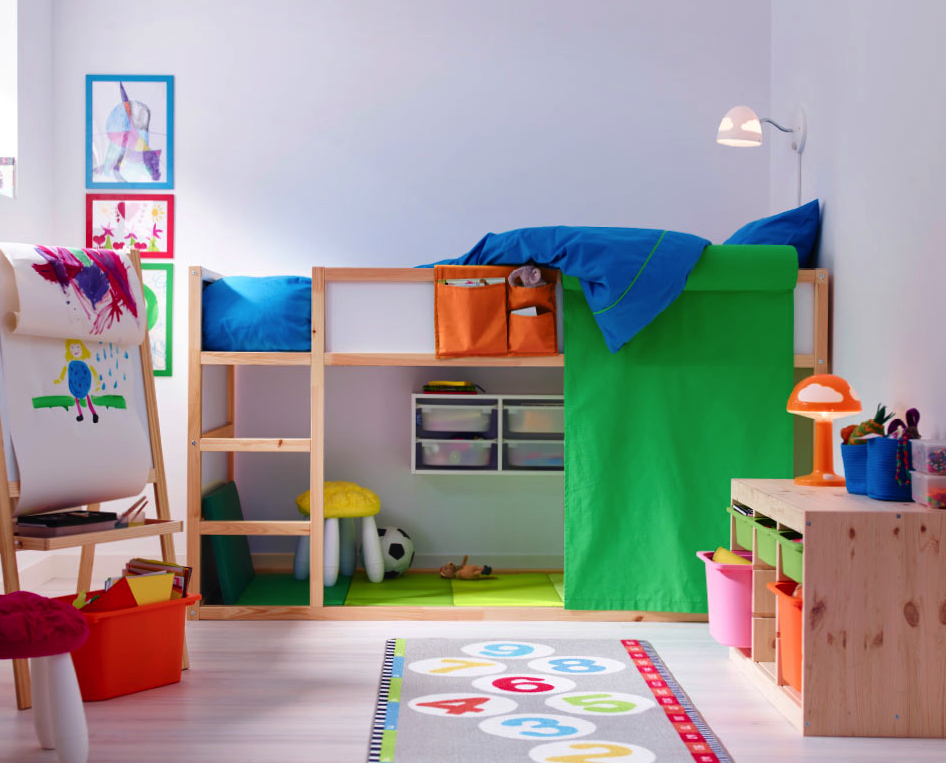 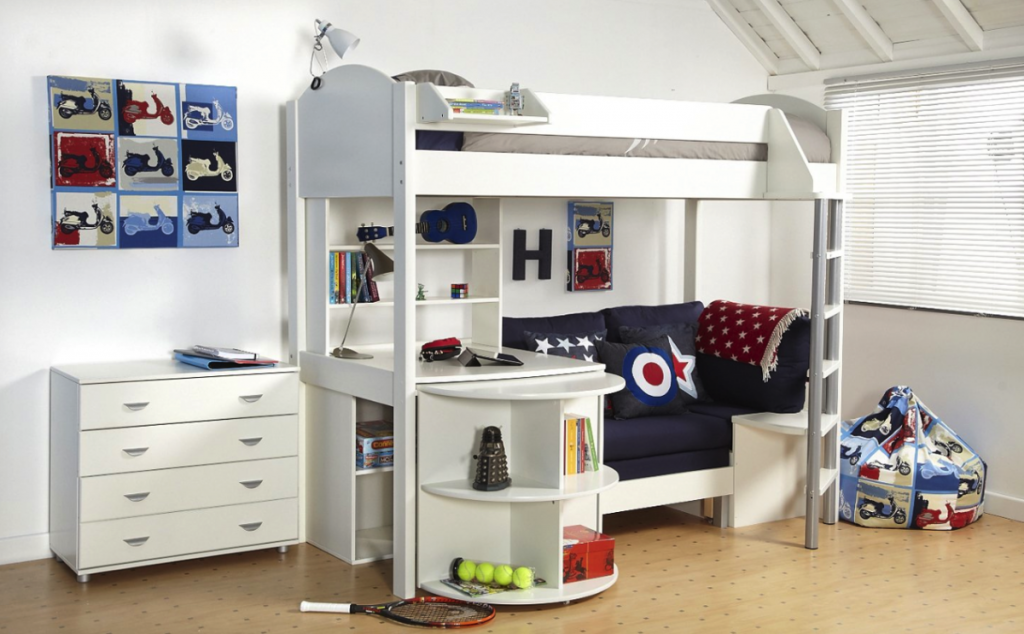 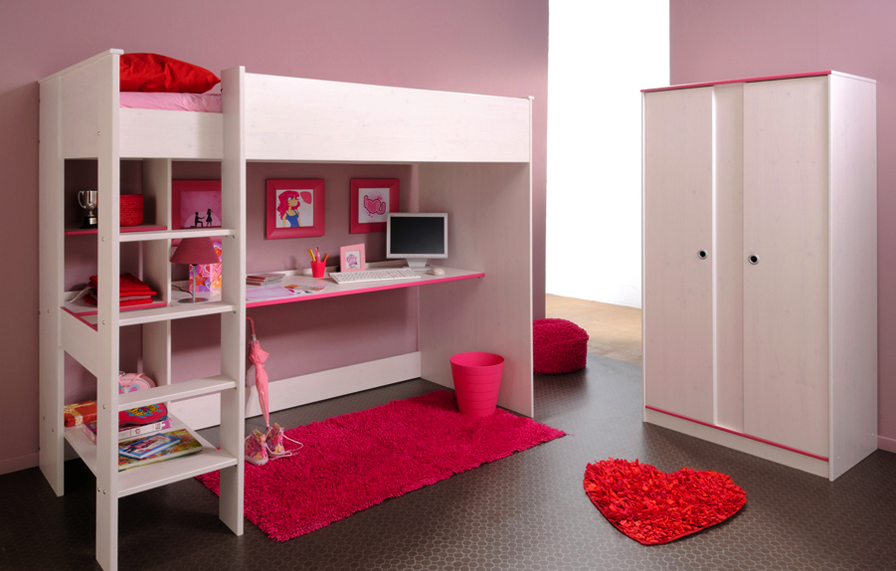 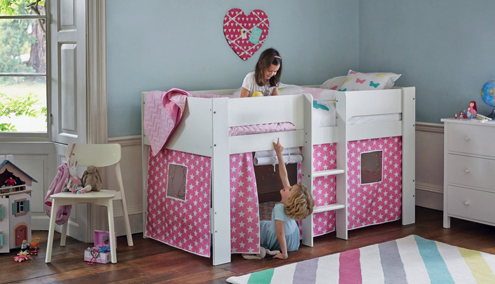 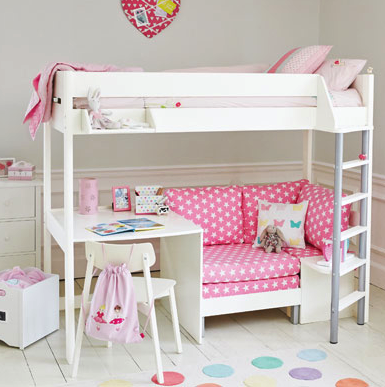 Or, perhaps we just push the boundries a little bit and go all out with one of these…..! 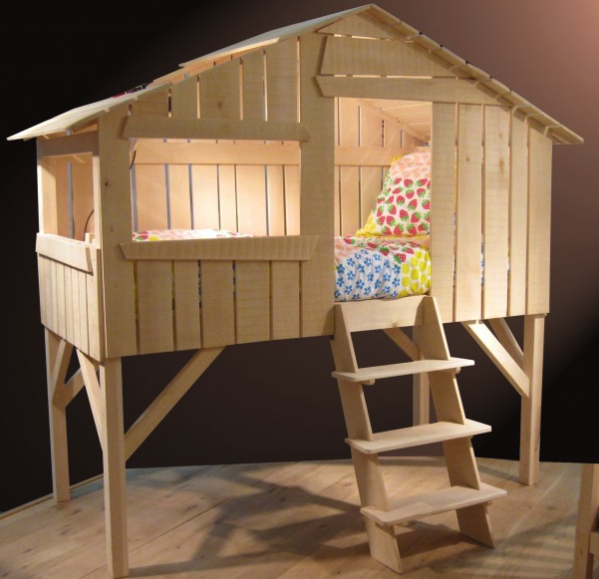 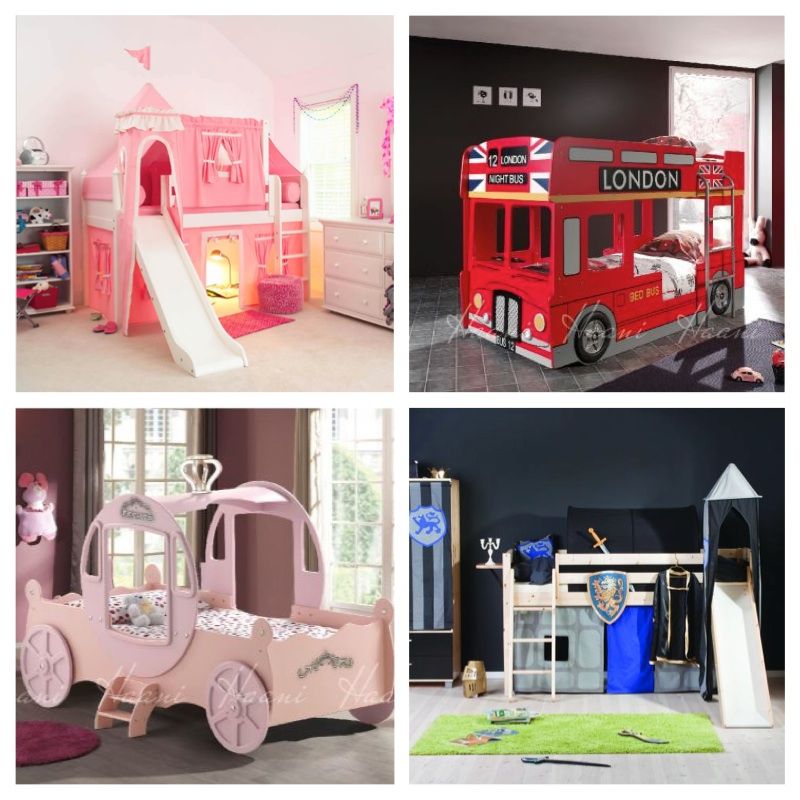 So there we have it, the run down that my head has been mulling over, and over for the past few months.

We’re still unsure if we’re doing the right thing, but I think after all of this, we will go ahead and let the girls have some fun in the same room for sure.

After all, they do say that it’s good to share!

Do your children share a room?  What type of bed setup do you have?