Sunday was an easy day.

You know the sort. The ones where there was nothing actually planned or scheduled into the diary that we had to be at. There were no parties that we had to frantically get Holly ready for or to have to quickly run to the shops to buy last minute presents for. We didn’t have to do anything other than just lazily get up at our own pace.

Which was fabulous, because the clocks had gone back in the early hours of the morning and to be honest I was a little lost with my timings!

Unfortunately my poor husband was feeling a little sorry for himself though, as he had just had to cancel his trip up to Twickenham to watch the second semi final of the Rugby World Cup, due to having tweaked his back and unable to move, so at least a calm and quiet Sunday was what he needed too.

In the afternoon, after spending the morning slowly trying to sort out the house but failing dismally with the kids running amok and leaving a trail of destruction in their wake, I though it would be a good idea to get them both out of the house for some much needed fresh air.

As it turned out – some friends were also thinking of the same plan for their little ones, so we all decided to meet up and go together into the woods for our own little mini adventure.

We also brought with us some bags for the children to collect leaves ready for a spot of craft once we’d returned from the walk, which they absolutely loved. Like magpies after shiny trinkets, they darted excitedly in all directions trying to spot the best or the biggest leaves, the most acorns, the largest ferns or anything else that took their fancy.

By the end of the walk, it was getting rather dark, especially under the dense covering of the tree tops above us. We hadn’t really factored in the time change, and hadn’t judged very well accordingly. But, eventually we found our way along the main trail out of the woodland and back onto the roads towards the house.

By this time, again most likely because of the pesky clocks, the younger children had had enough and were ready for tea or for their milk and bed! But the older ones did absolutley brilliantly and walked alongside us the whole way, which I must say was a bit of a distance for little legs! 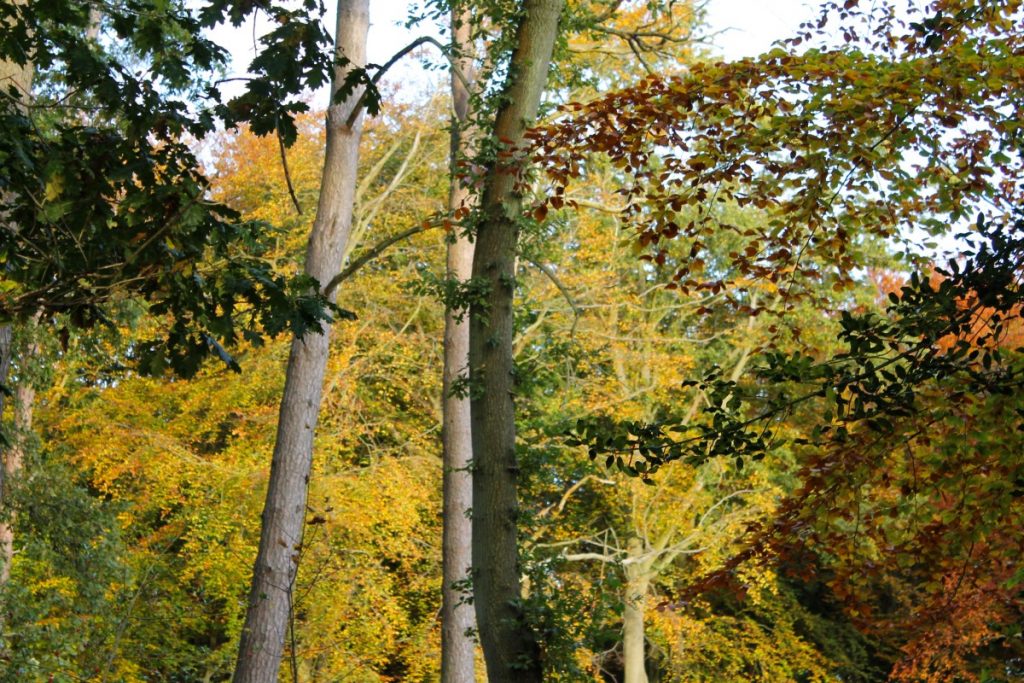 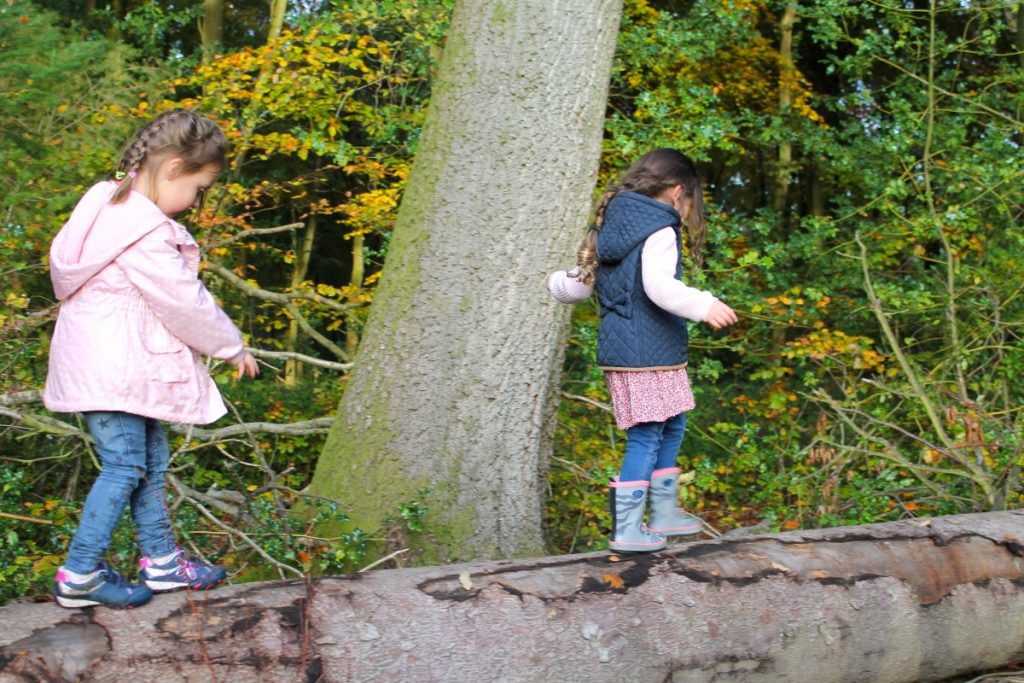 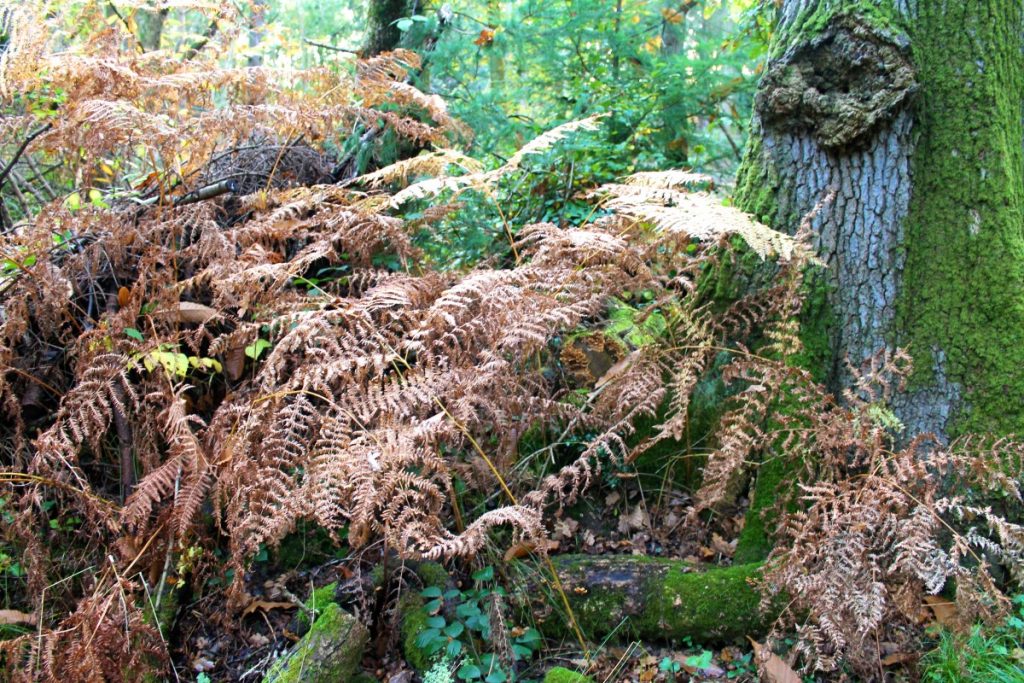 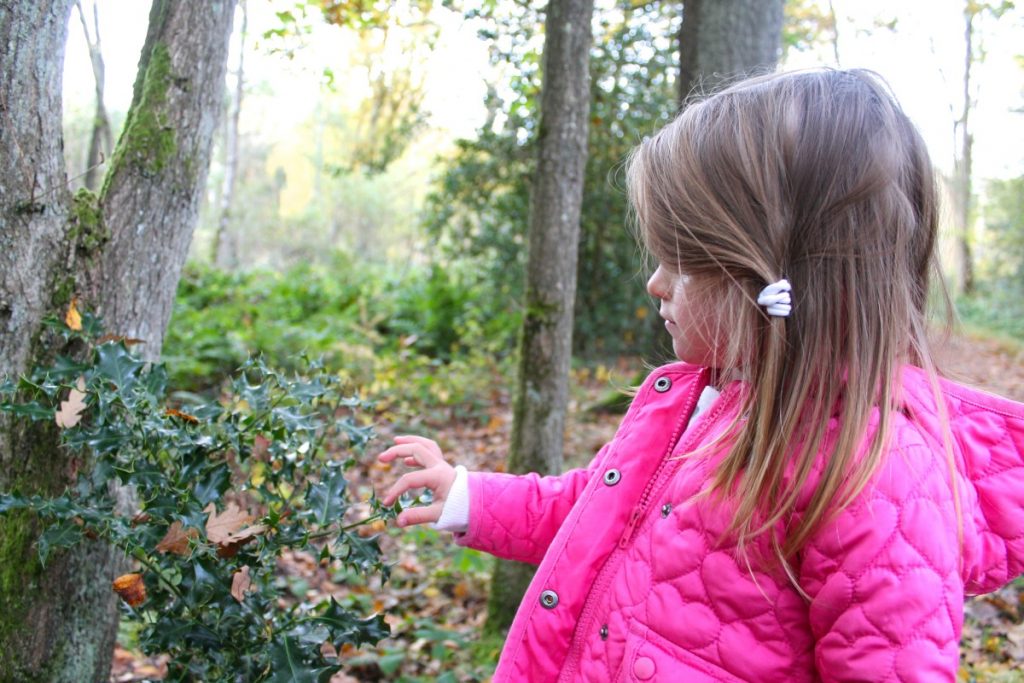 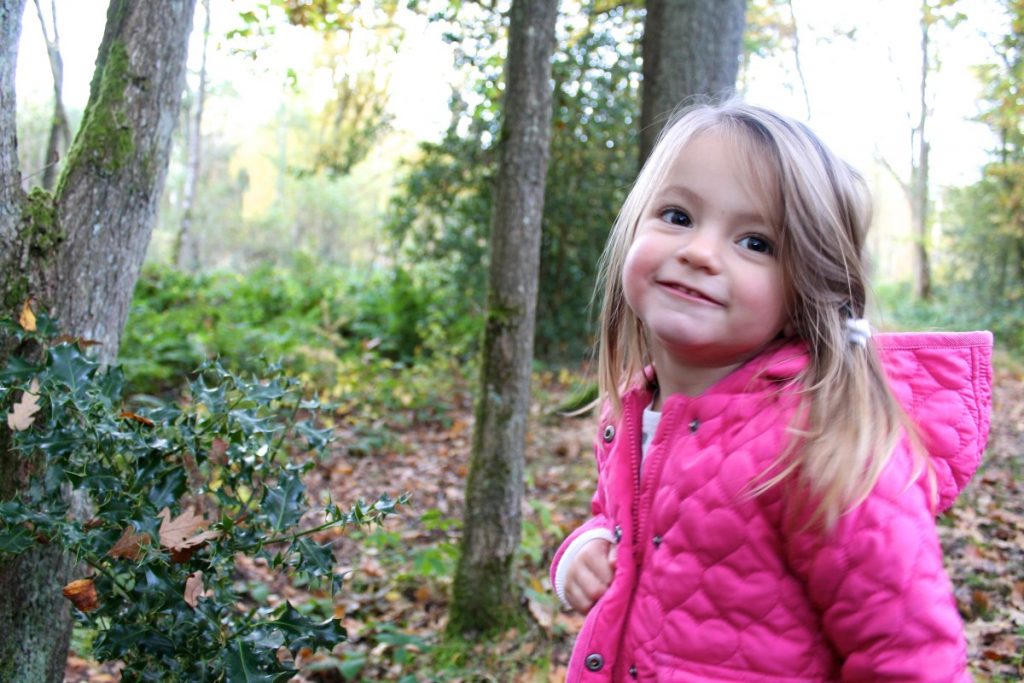 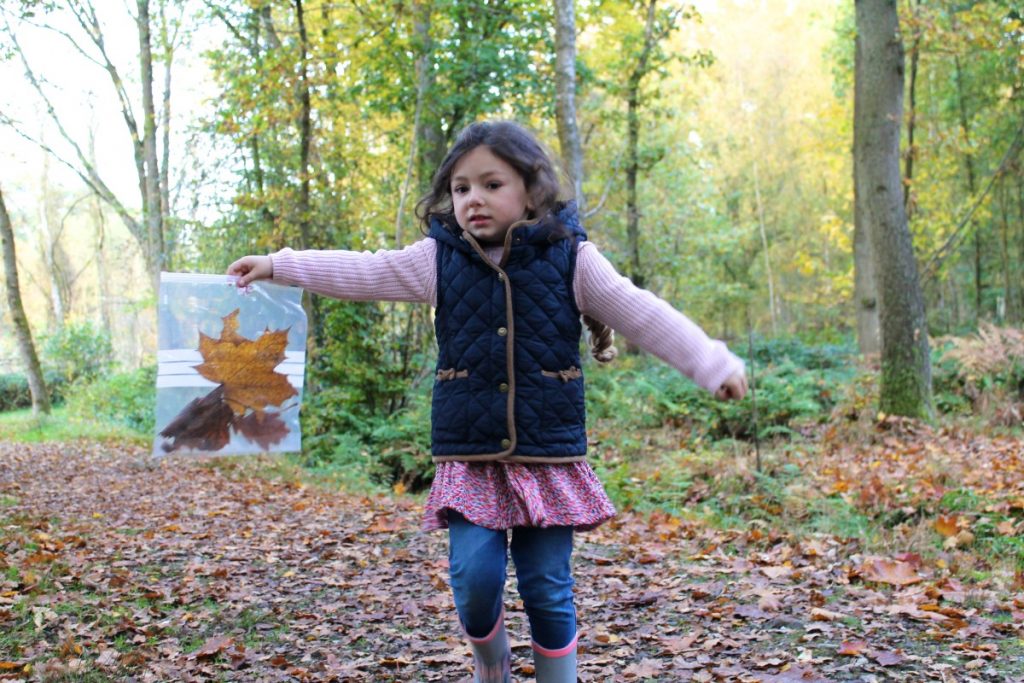 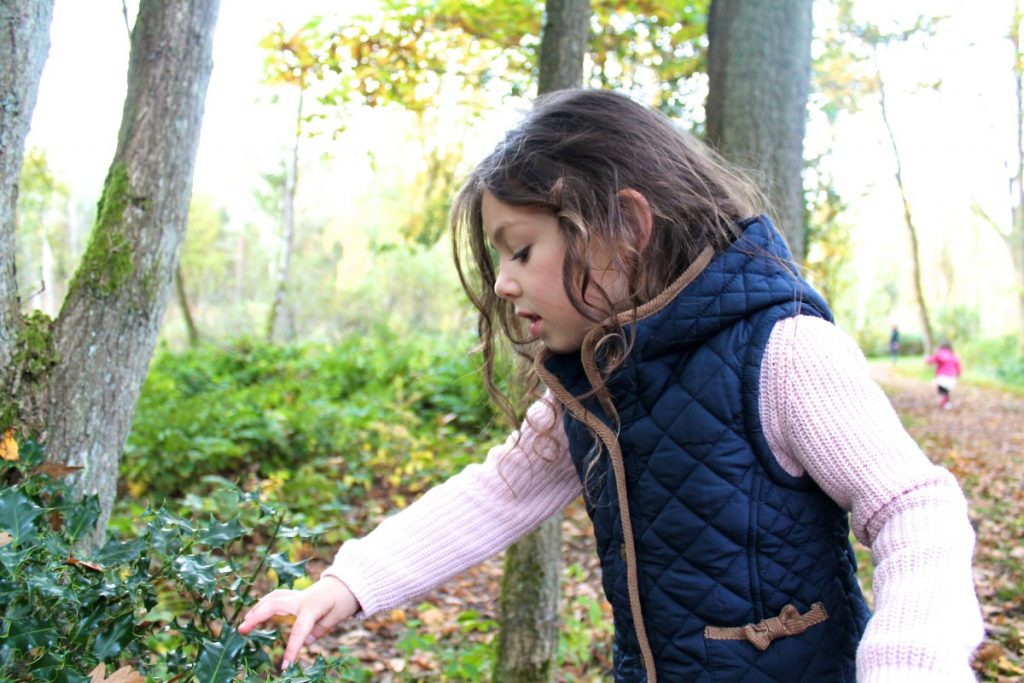 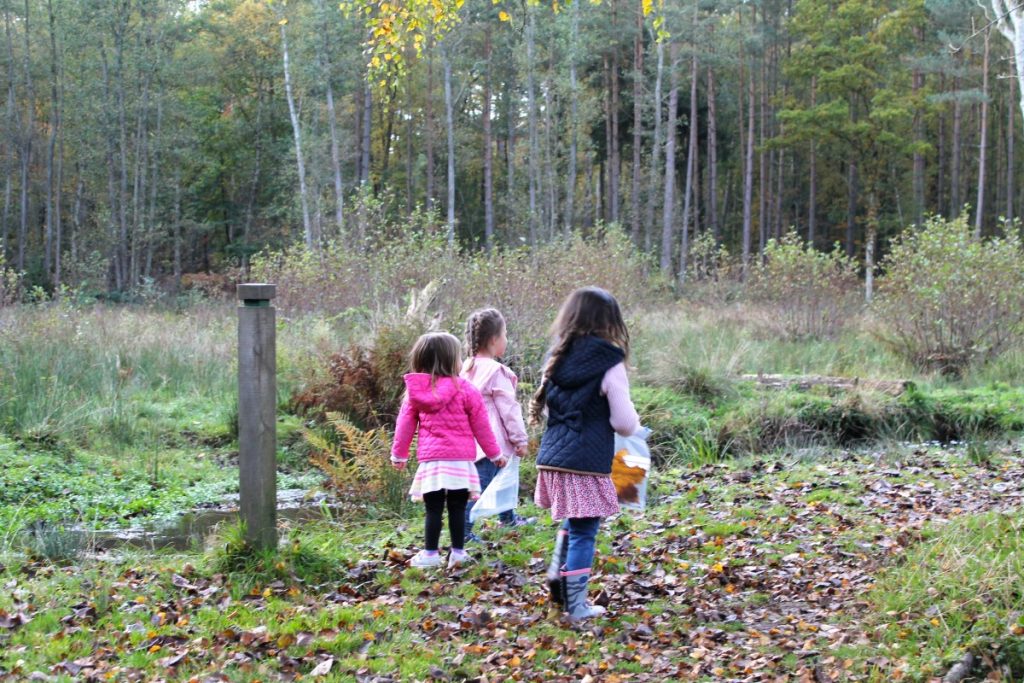 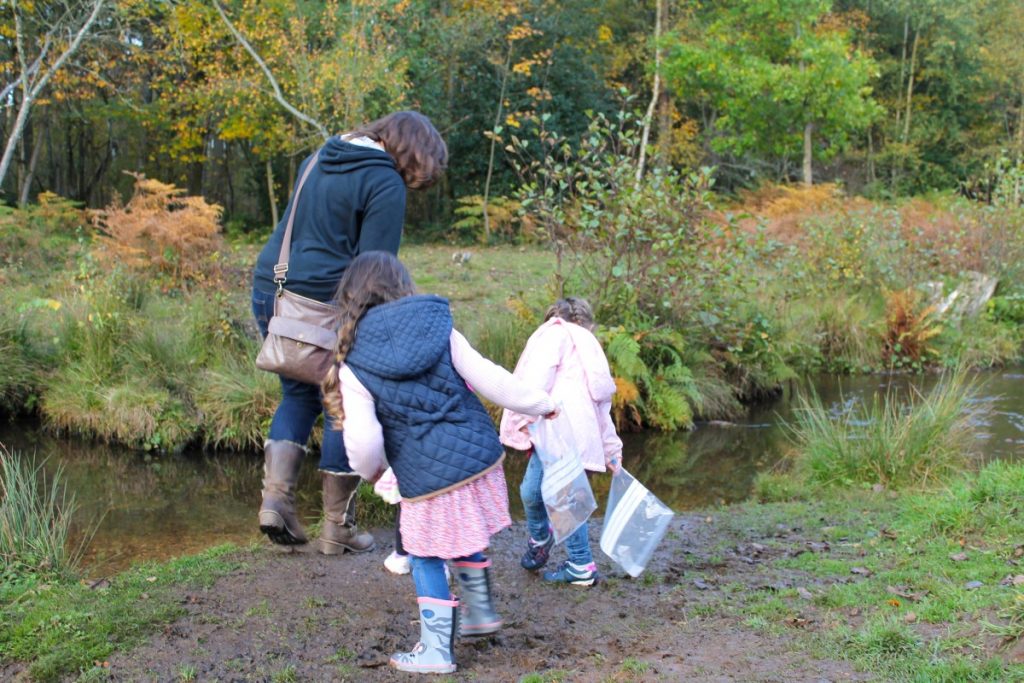 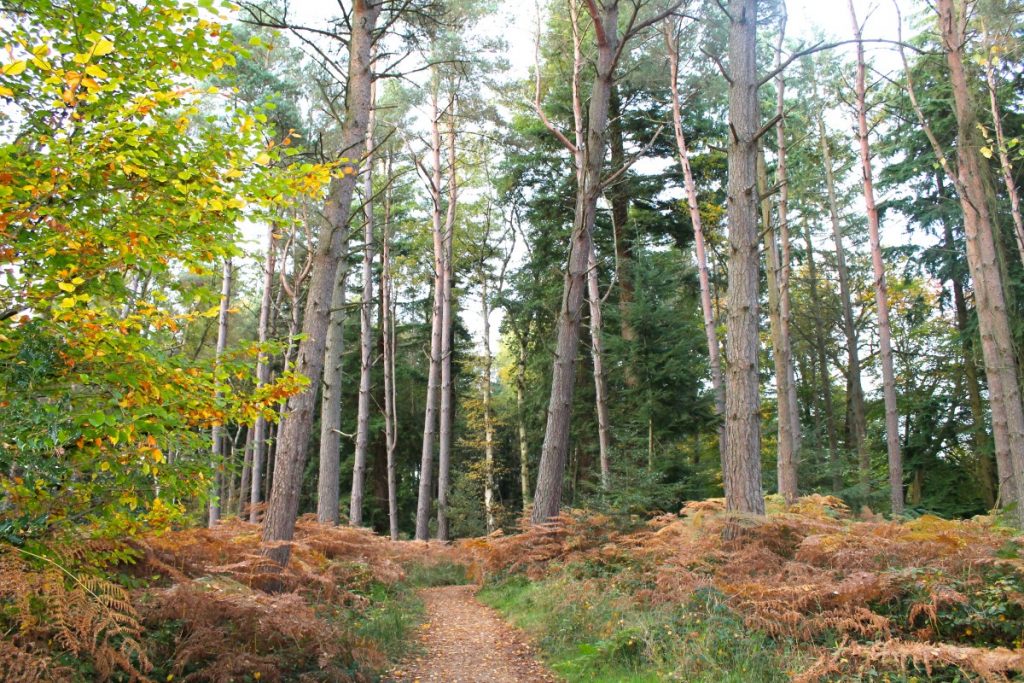 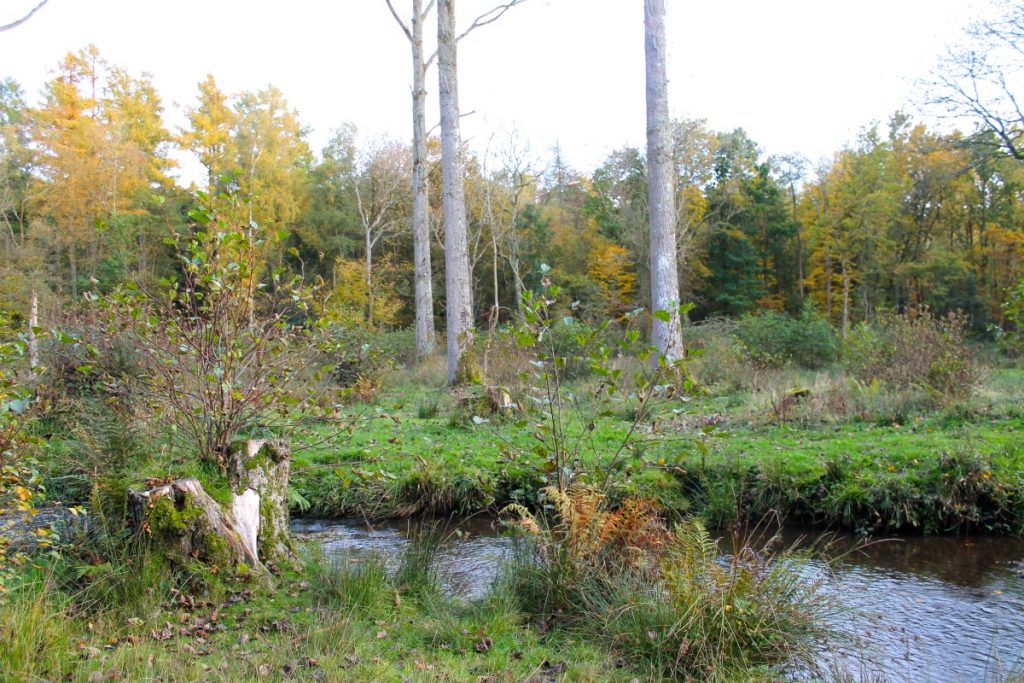 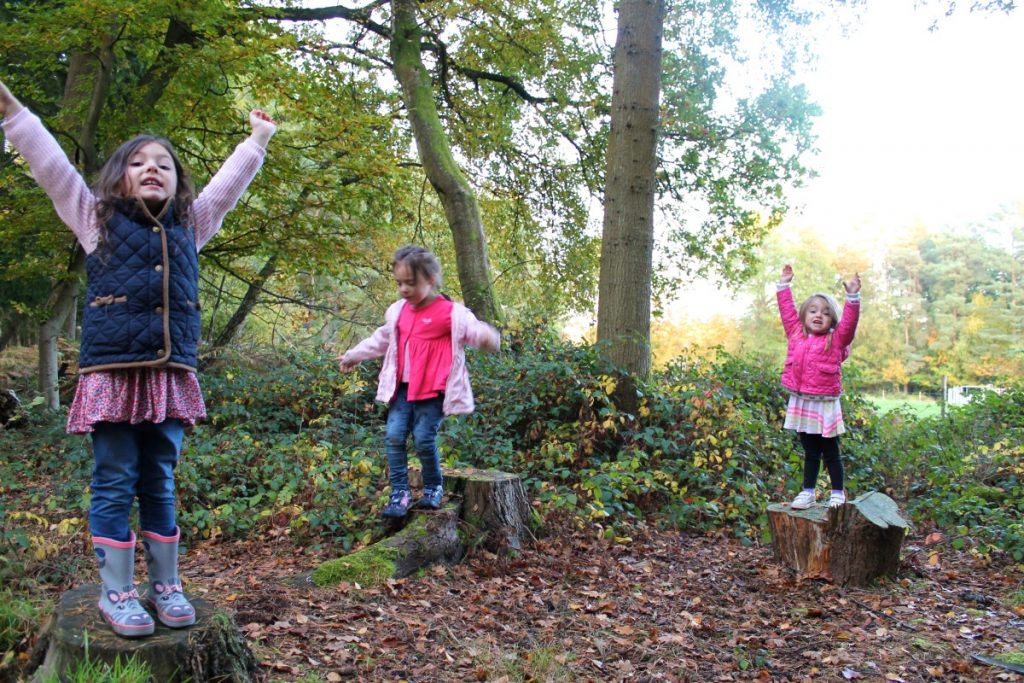