It seems that every week there is a new party for Holly to attend. It used to be bad enough – but now she’s at big school in a class with 29 other children, it’s practically doubled!

Last weekend though was a party for one of her old friends from pre-school, and to be honest it really was lovely for Holly to meet up with all her old friends, the majority of whom went to different schools, and for me to catch up with all the mums and dads I’ve got to know over the past years.

It was lovely to natter about what we’ve all been getting up to and how all our little ones are getting on at their new big schools.

It was also rather lovely as Ella was invited too. Because she goes to the same pre-school which Holly went to, she is sort of part and parcel of the place really. And with the goings on this year – she is pretty well known I’m afraid! But luckily for us, they still seem to rather love her, even if she is a bit of a clutz!

Holly was excited to wear her pretty party dress, but there was no such luck with Ella, who flatly refused to change and so remained in her wrinkled leggings and food spattered top, with her hair looking like she’d been dragged though a hedge backwards!

So, the girls had a brilliant time and were satisfactorally worn out by the end of the party, just ready for home time. 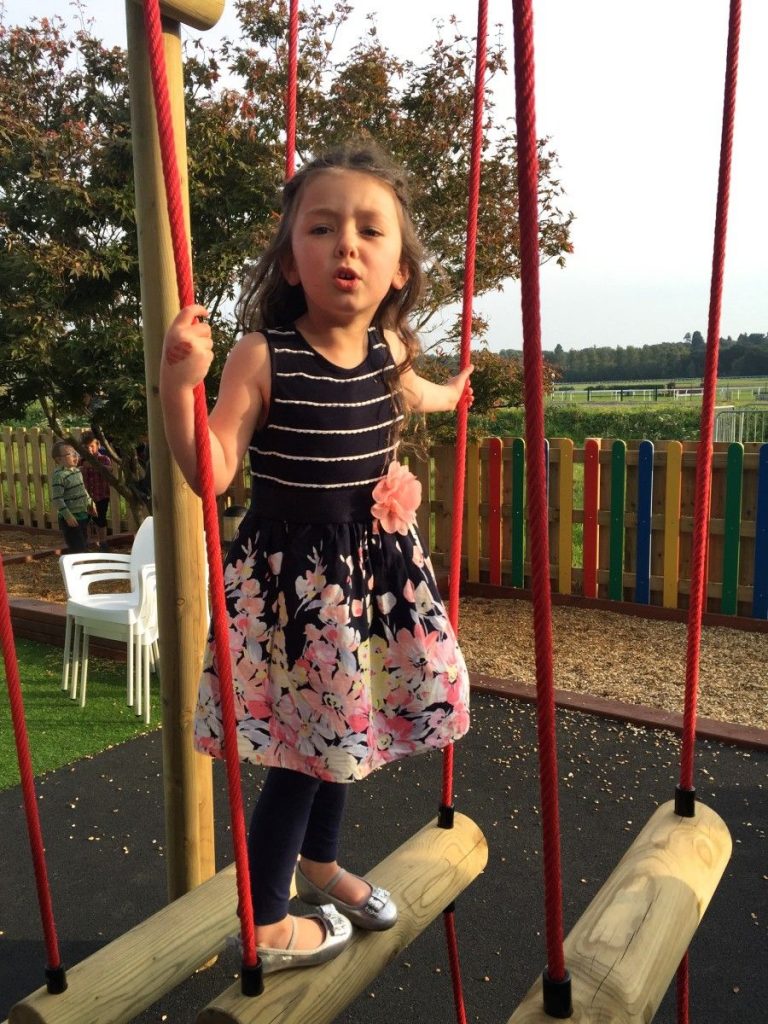 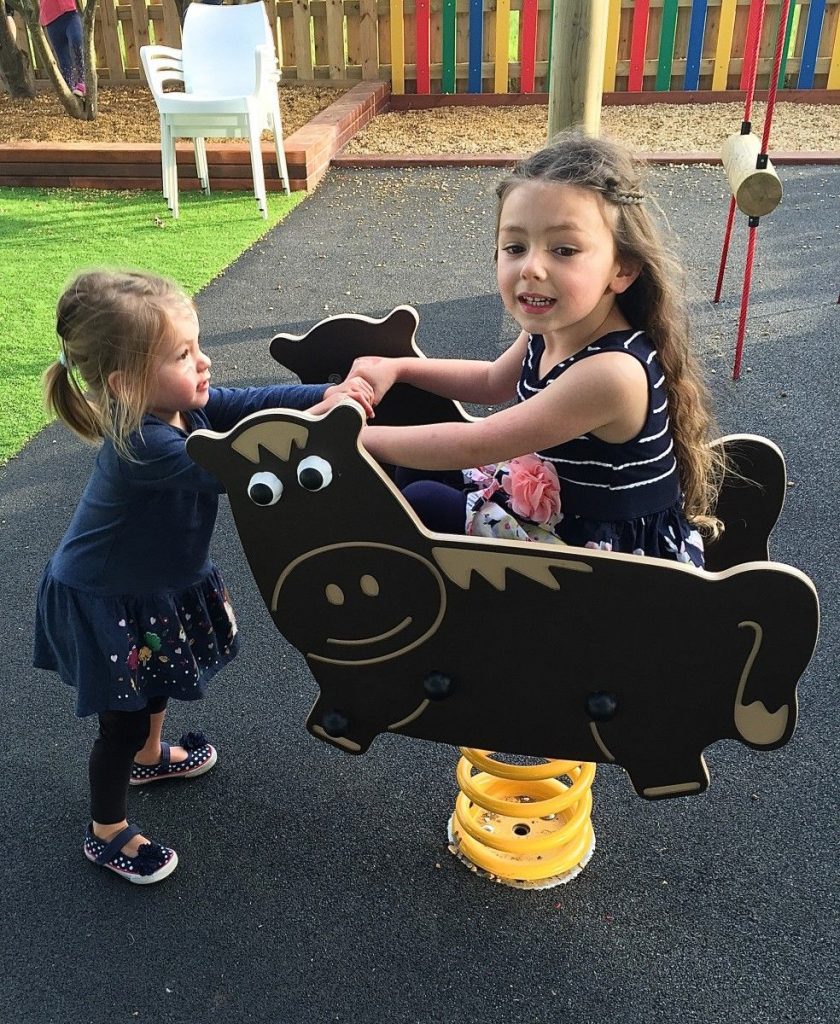 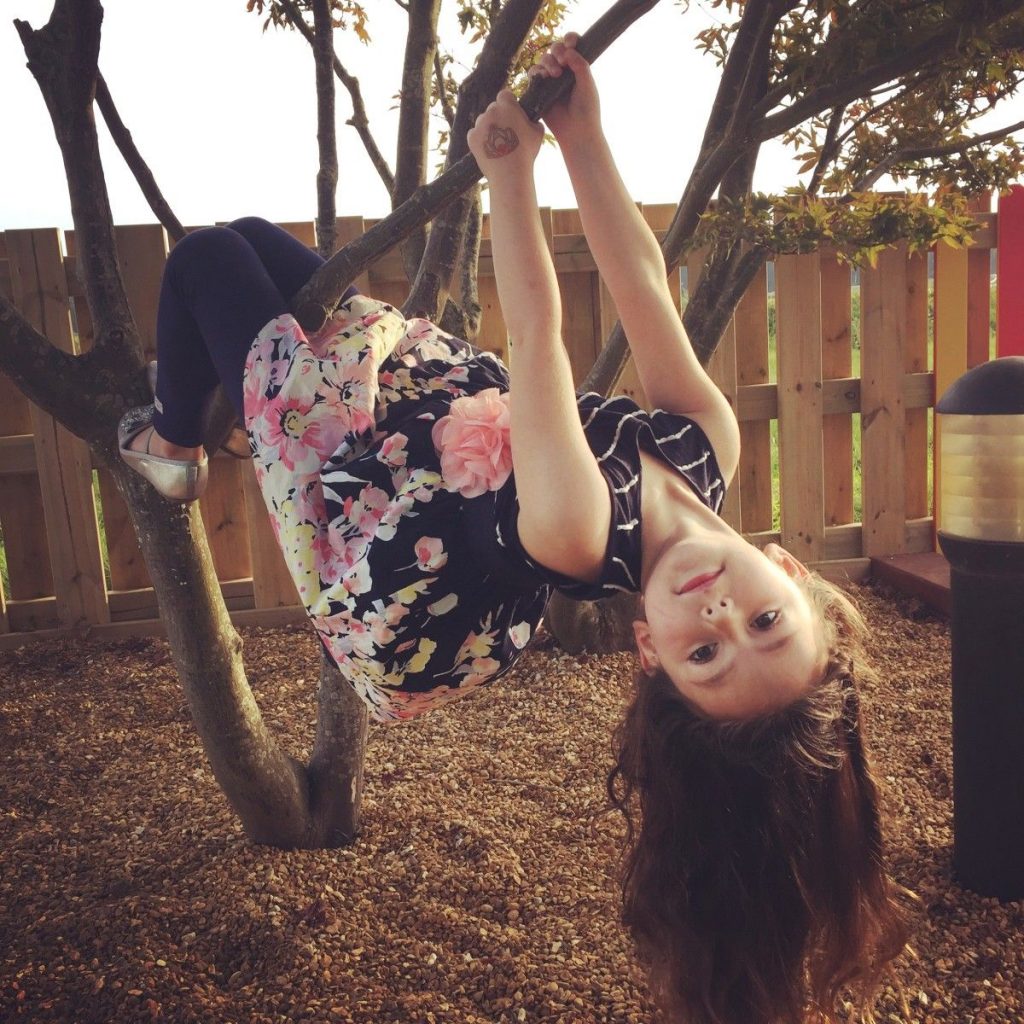 Then it was holly’s turn.  On Wednesday our big girl turned 5.

It’s funny to think how young that really is, yet it really does feel as though she’s been part of our lives for so much longer.

On the wednesday evening, once work and school were finished for the day, i threw a little tea party for our birthday girl. It was a small affair as it was midweek and a school night, so I just invited my parents, my sister and her cousins to join us for some drinks and nibbles, and of course to all sing the obligatory Happy Birthday when the cake, adorned with candles and sparkler was brought out!

It was a brief, but none the less a very lovely couple of hours, and was just enough for Holly to feel totally and utterly showered with love and overwhelmed by presents and attention galore.

We then threw her a proper kiddy party at the weekend, where she had all her friends to with too. But I’ve decided that’s a whole other post 🙂 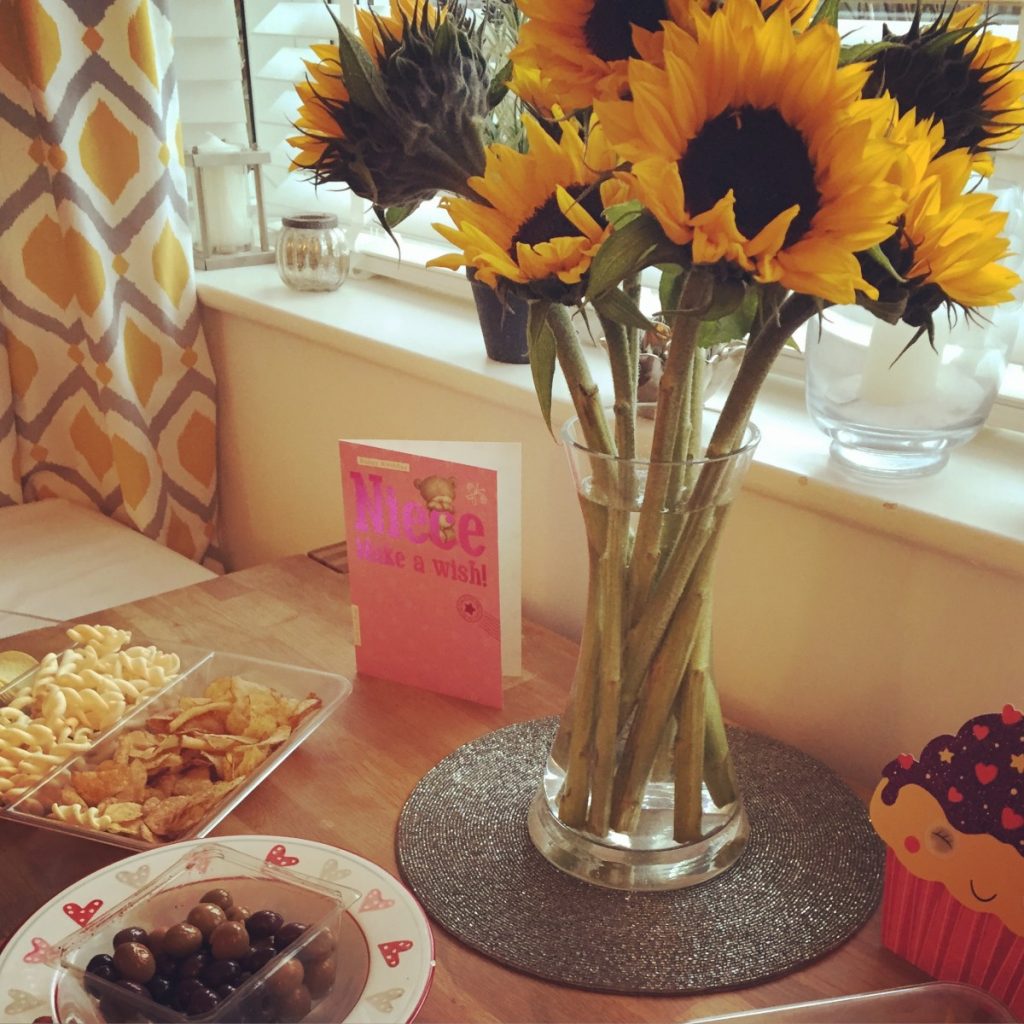 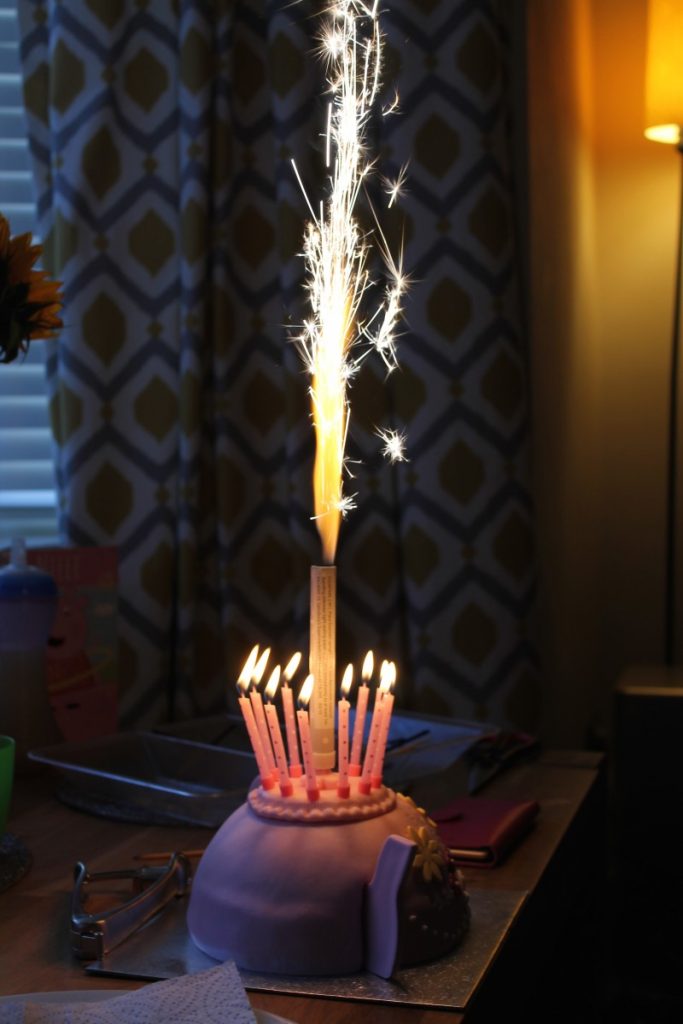 Then on the Sunday it was time for yet more celebrations.

First up we headed over to the stunningly beautiful Lainston House Hotel, North Winchester for a fabulous afternoon tea with family on Mikey’s side for his Gran’s 90th birthday.

It was lovely as we never really get to spend time with the extended family, especially as many of them live in Australia, so these occasions are always very special.  And obviously, it goes without saying that someone turning 90, needs a little celebratory shindig to commemorate and look back over their years.

We were served with the classic afternoon tea spread, of a selection of finger sandwiches including the staple salmon or cucumber fillings, pretty petit fours, and scrumptious home baked scones with clotted cream and jam.

Unfortunately I wasn’t able to eat anything other than the cucumber sandwiches which I had to squash even flatter, as I was having some wisdom tooth issues!  But it was yummy none the less, and everyone thoroughly enjoyed themselves, and loved reminiscing with one another over a slide show of old photographs, cups of tea and the odd glass of bubbly.

Then once the festivities had come to an end at the hotel, it was time to nip off to my Dad’s to give him his birthday cards and presses too, as it was his birthday the same day! Though regrettably we weren’t able to stay long at all as I was in so much pain by then I just needed my pillow and some pain killers!

But it was just enough time to have hugs, a quick catch up, to rip open presents and to have the girls get all the toys and books out and scatter them over the floor! 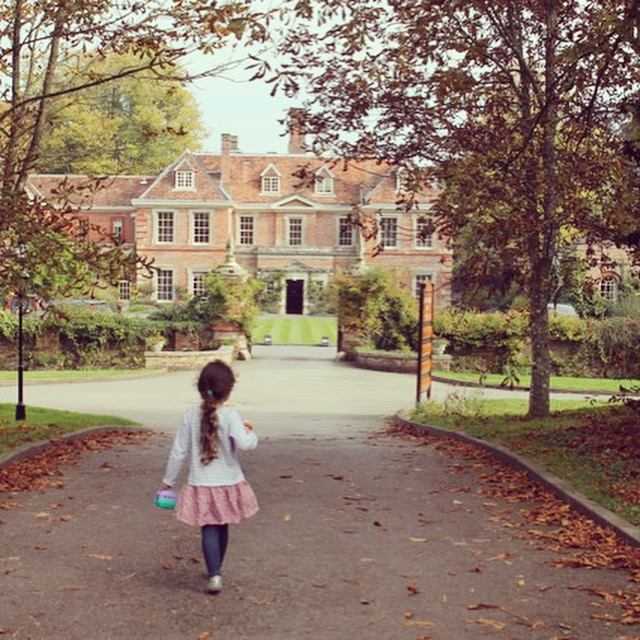 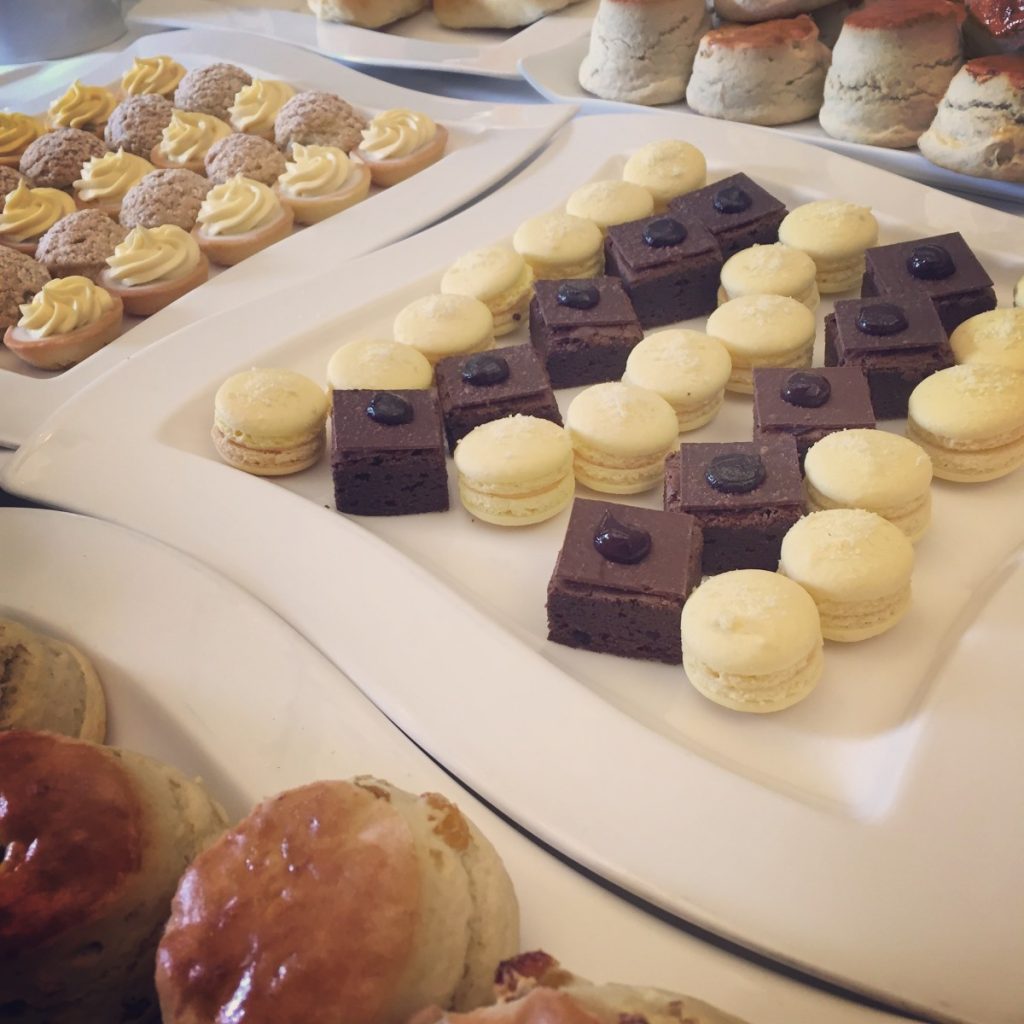 So there you go – our fabulous weekend of festivities.

And it doesn’t finish there either – it’s my birthday on Saturday and my mums a few days after that! October really is a full on month for us!