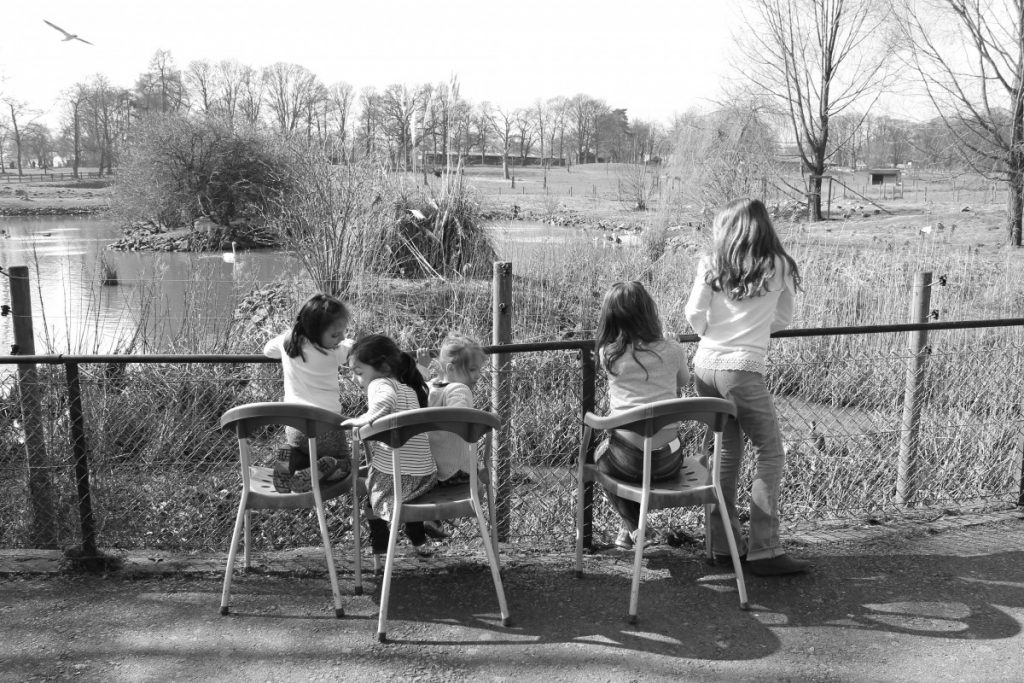 At the weekend, I received a very last minute text message from a friend asking a group of us if we had plans for the Sunday. Unfortunely some of my friends had prior engagements, but as we were free and already twiddling our thumbs thinking we must do something to get out and about for the kids, we were ever so happy to help plan a little day trip.

Initially, lots of day trip options were banded about, but in the end, after a glowing report from my husband and I, we chose to visit ZSL Whipsnade Zoo.

So, after only deciding to go on the Saturday night, there was just enough time to let the girls know they were going to the zoo, and getting them all excited and hyped up, before it wad time to tuck them down into their little duvets, and tell them to dream of all the lovely animals they think they might see the following day.

We left pretty early on the Sunday morning, around 8:30, as it was a good hour and a half’s drive along the M4 and up the M25 towards Dunstable and Luton.

Being a Sunday though, this worked pretty perfectly as the traffic was reasonably clear. All good when you have children to entertain en route! 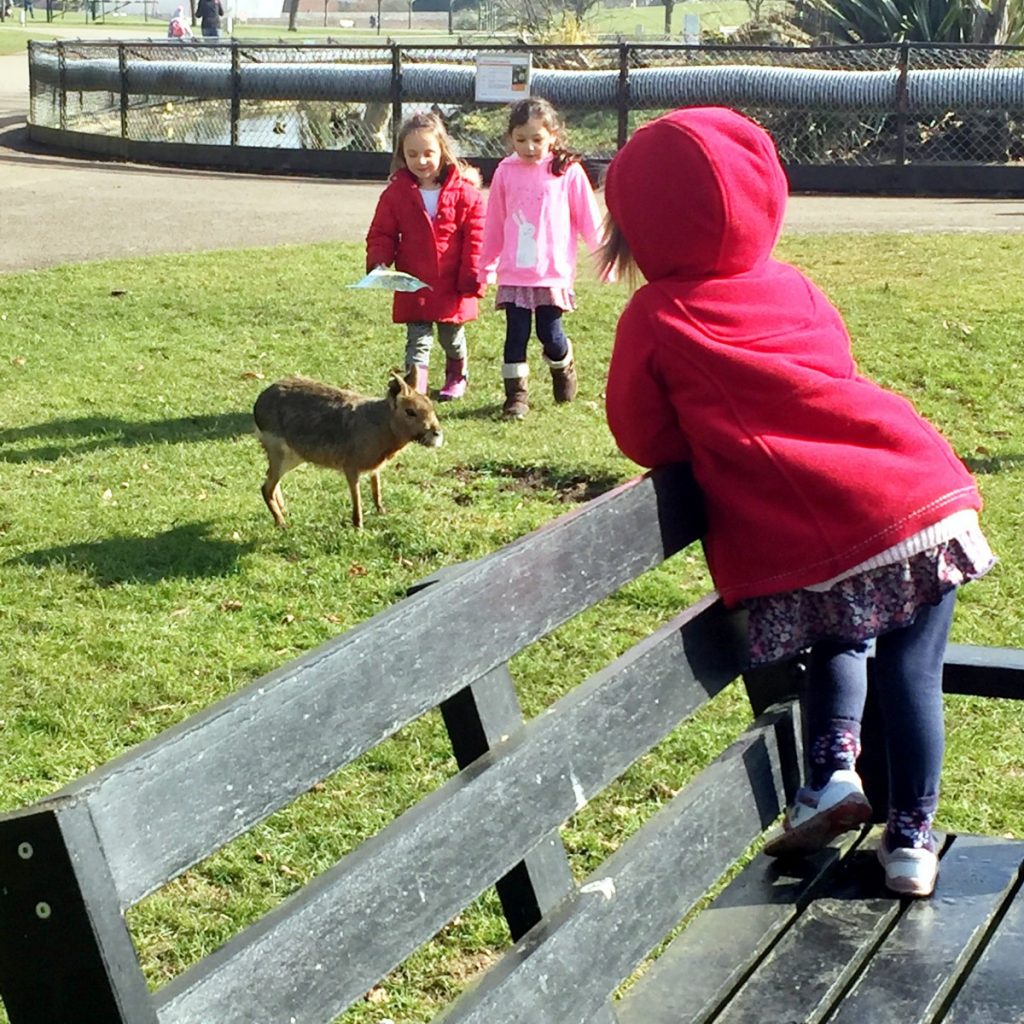 Some of the animals are allowed the freedom of the entire park to roam around in which was fabulously exciting for the kids!

We arrived at ZSL Whipsnade, just as the sun started to make its appearance out from behind the cloud and fog that had made the morning so dreary looking.

So, although the day was quite bitterly cold at times, it was a perfectly bright and sunny early Spring day.  And one that we were pleased to be making the most of.

ZSL Whipsnade is vast in comparison to other zoos and wildlife parks I’ve previously visited.  There is a fair bit of walking, which for little legs can be a bit much at times, but we knew this so took along our buggy, even though Ella very rarely uses it anymore.

Anyway, it makes for a pretty good portable coat and bag stand too! 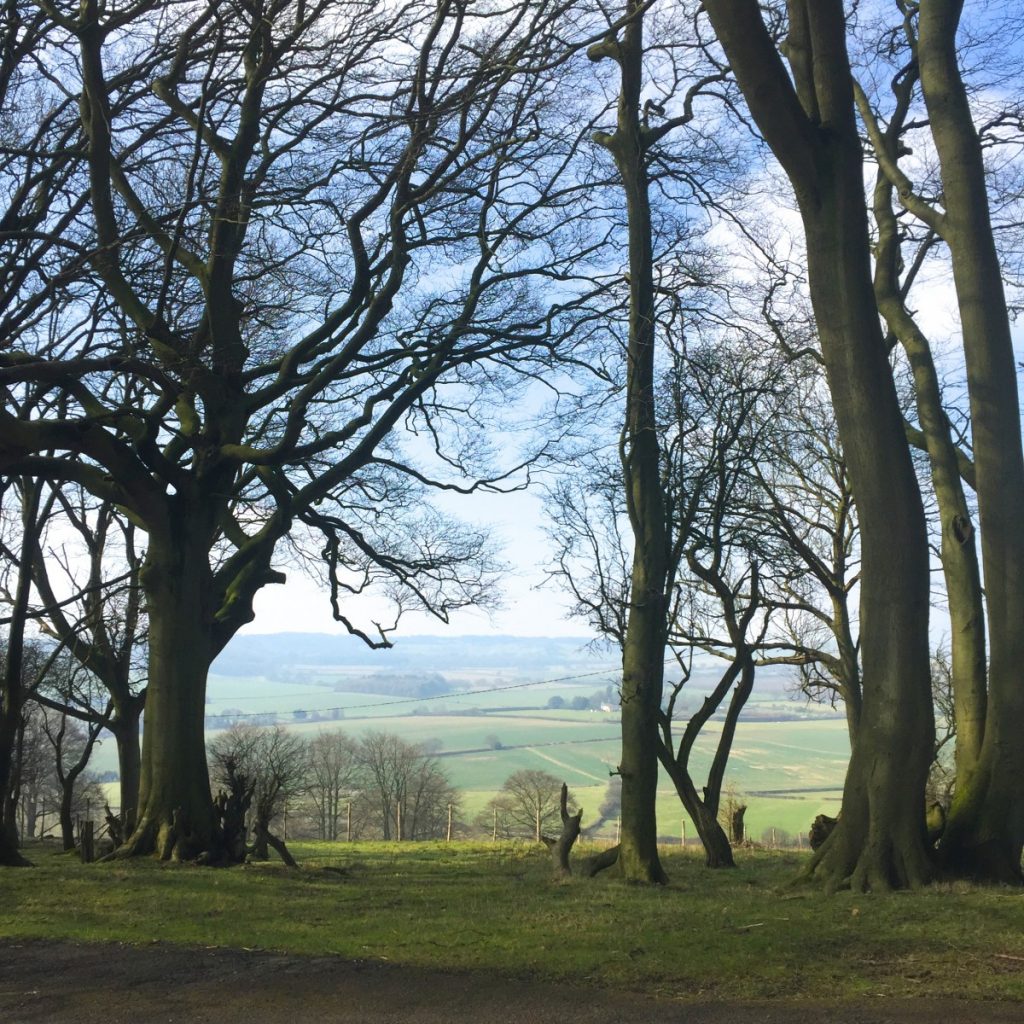 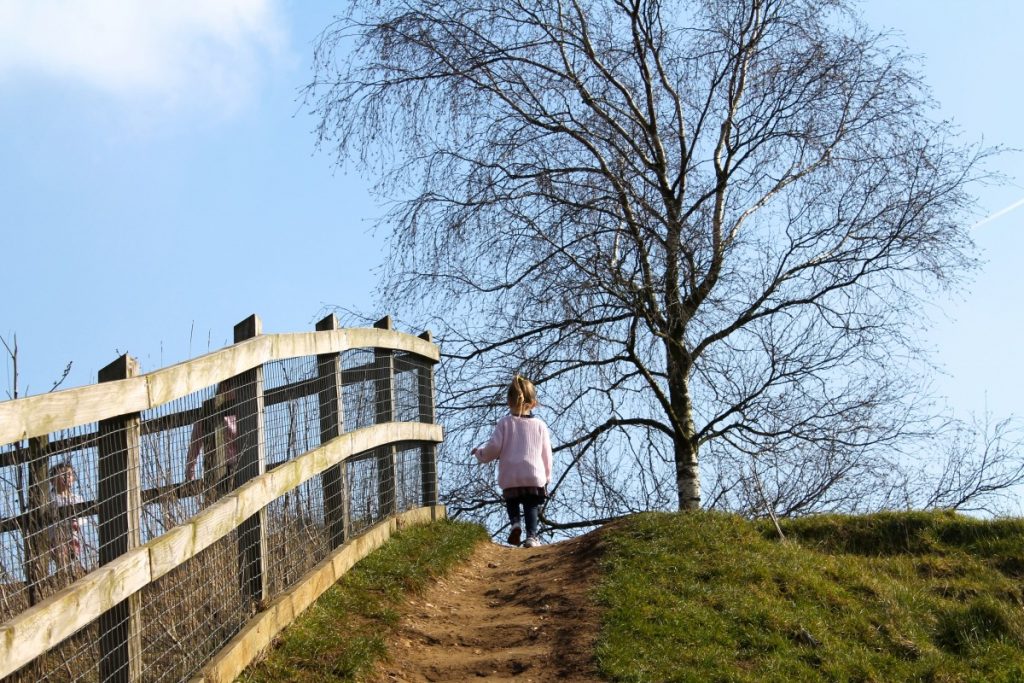 I think you can also pay a bit extra (I’m not sure how much) to gain vehicle access into the park too, so if you are on foot, you must keep in mind that cars (though not many) are likely to be travelling along the routes too.

As far as the animals are concerned, there is a lovely variety to see and watch as they go about their daily business. The cages or pens are of a really good size for them too, some even so large and densly vegetated that it’s a bit tricky to even spot the animals. But this is much the way I’d prefer things. For example, on our last visit we didn’t get to see the Brown Bear as he was off minding his own business in the bushes, but luckily we spotted him this time around, sunning himself in the dappled light poking its way through the leaves. 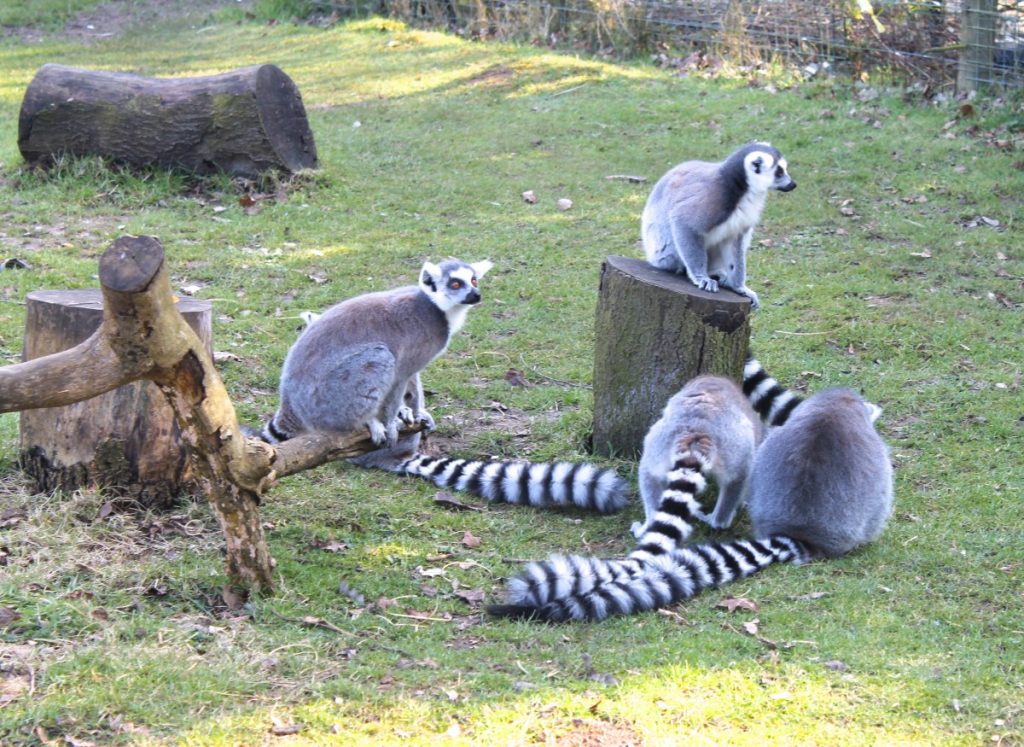 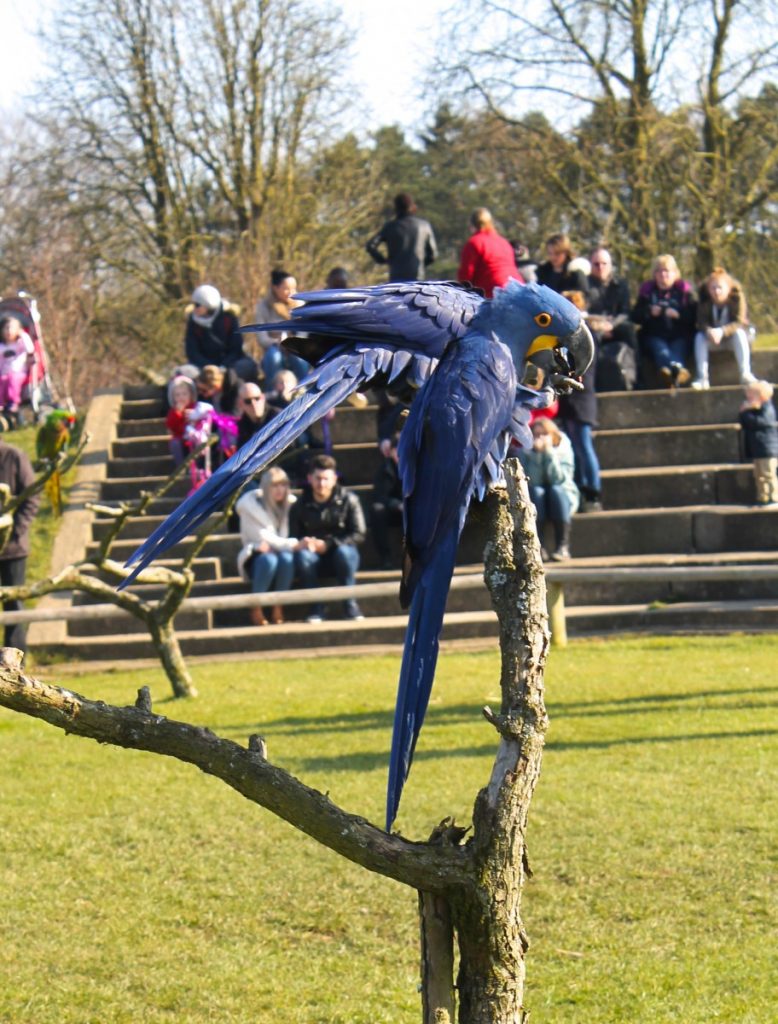 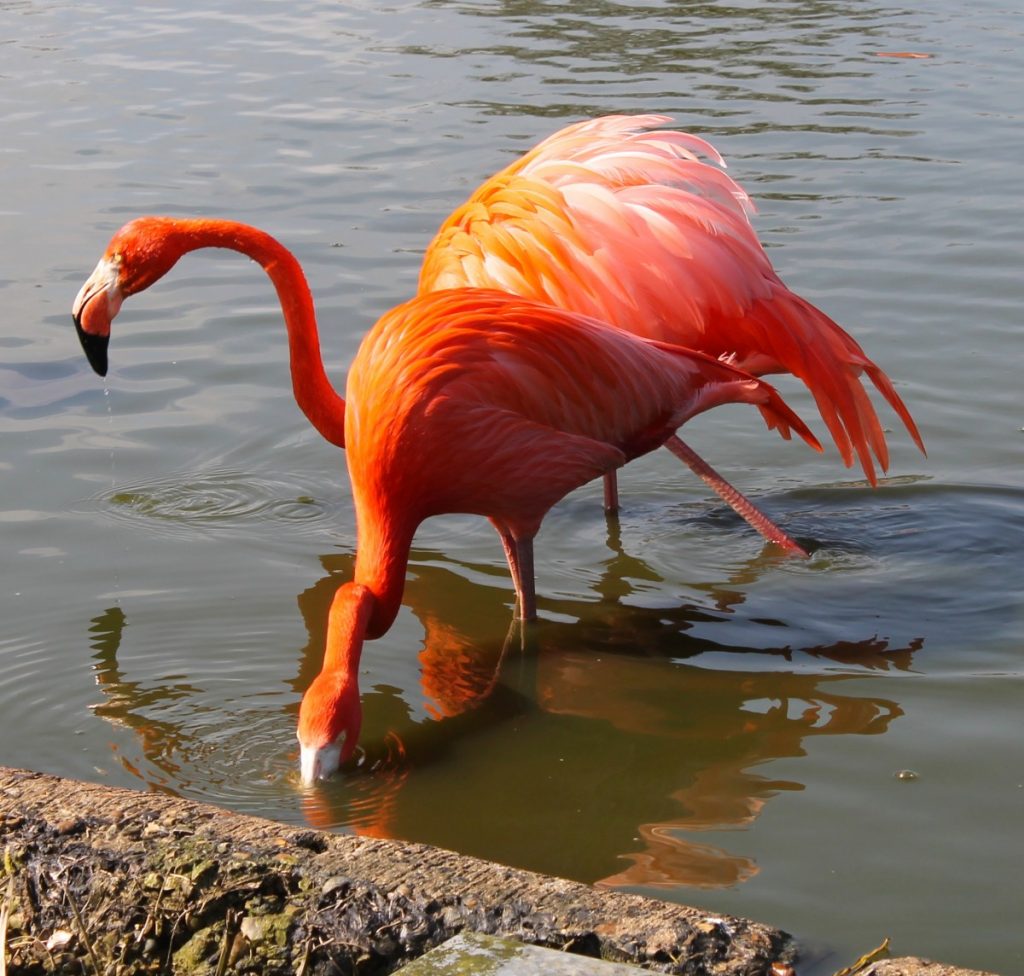 We were ever so lucky to have timed our visit just perfectly too as, being the beginning of Spring, we saw just a few of the first signs of new life in the animal world. We spotted tiny but curious joey’s poking their little heads out from the warm safety of their mothers pouch, but the highlight for me had to be the baby giraffe named Nuru, the Swahili word for light, who was born only on the 24th February, just in time for Mother’s Day.  She was super cute, and when she came close you could see that her fur still looked velvety new and wrinkled where she’s been in her mother’s womb for all those months. 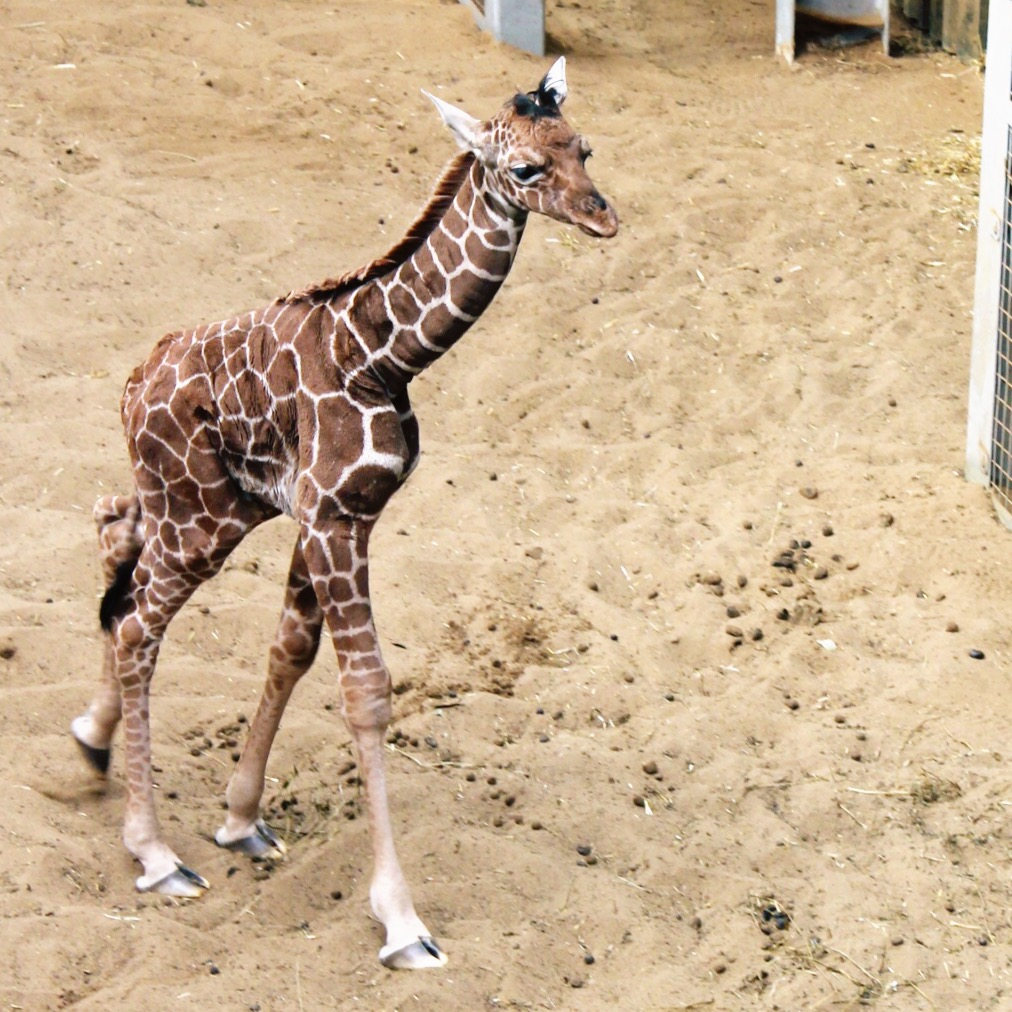 The other highlights were the sea-lions which the children absolutely loved, I personally loved seeing the macaws fly, as this is something I’d desperately love to see in the wild, and we all absolutely loved the new butterfly house.

Honestly, we could have spent an entire day just in there.

Even if we did all have to strip off as the temperature and humidity went up a bit! So much so, my camera misted over!

But the butterflies were just so delicately beautiful.

And there was obviously much added excitement if they chose to land on you! 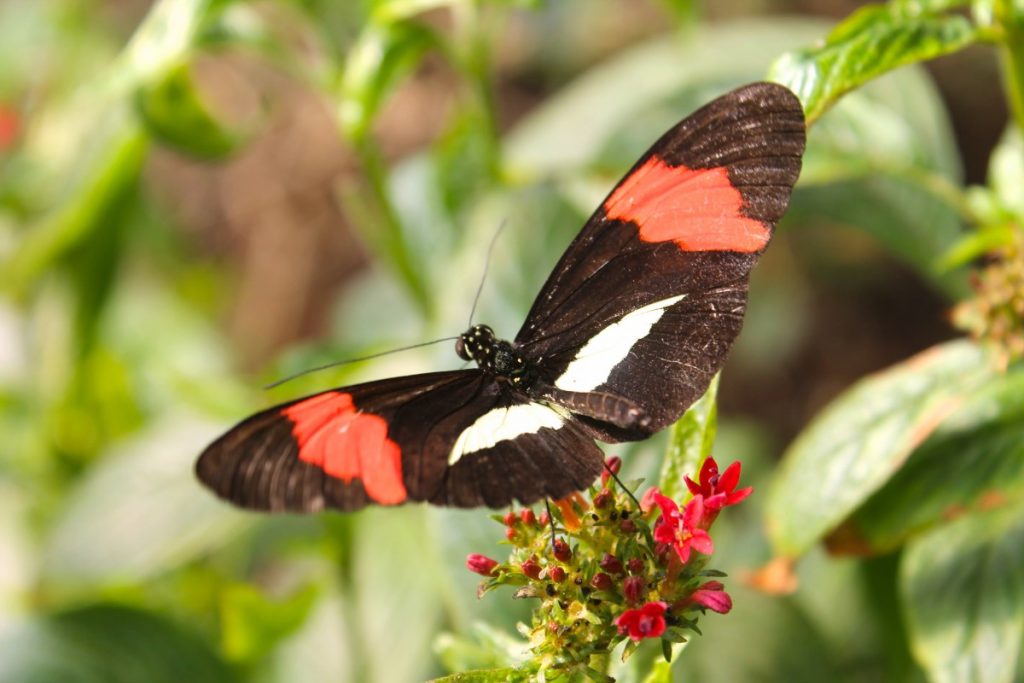 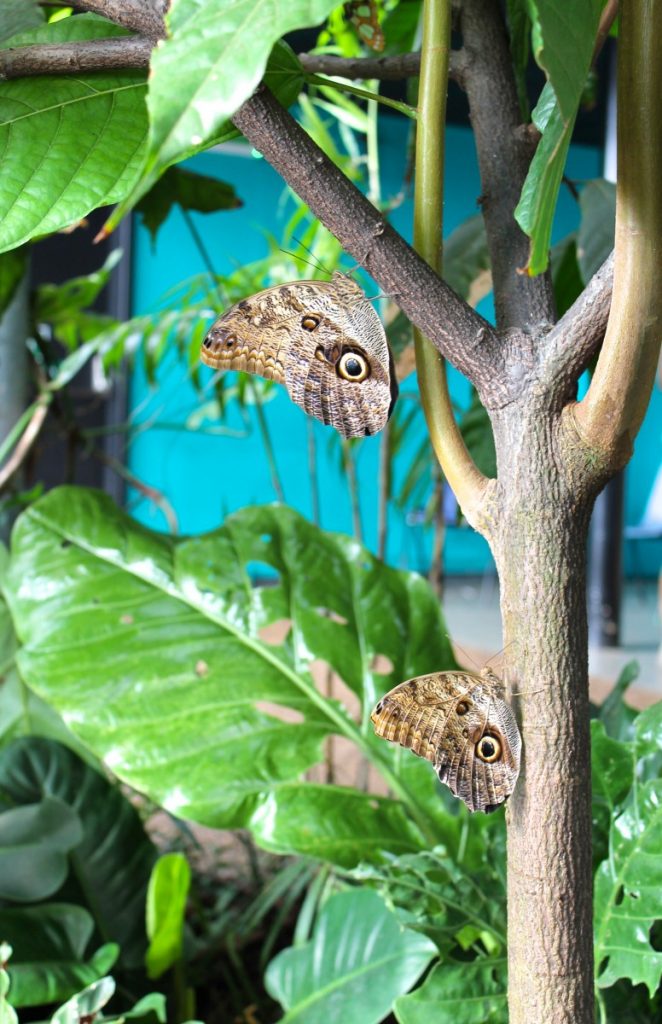 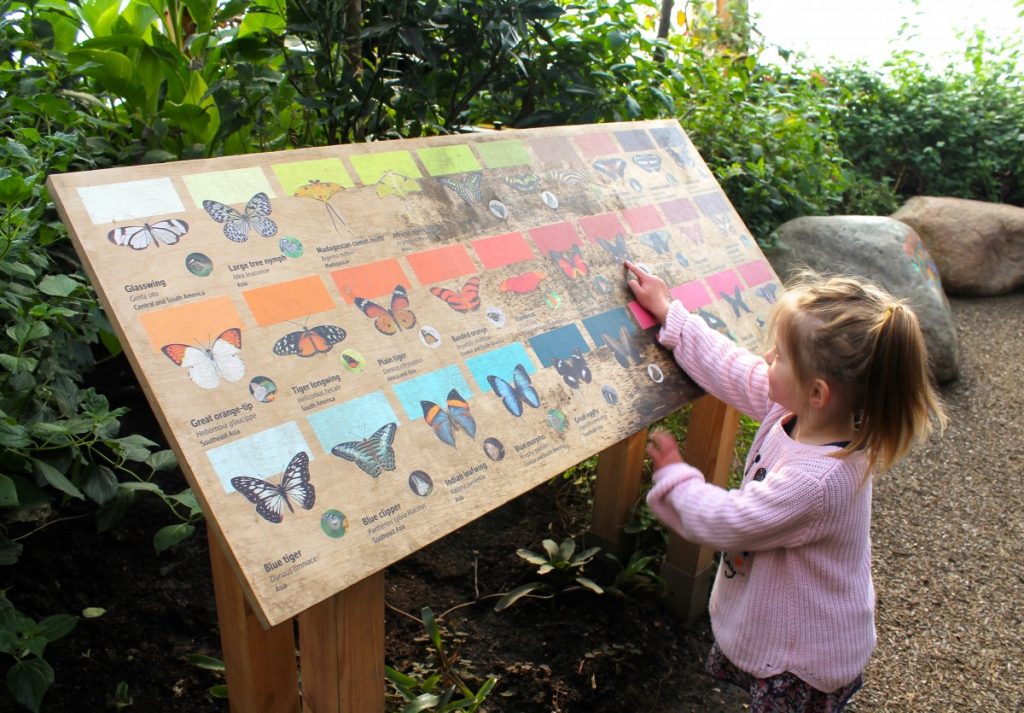 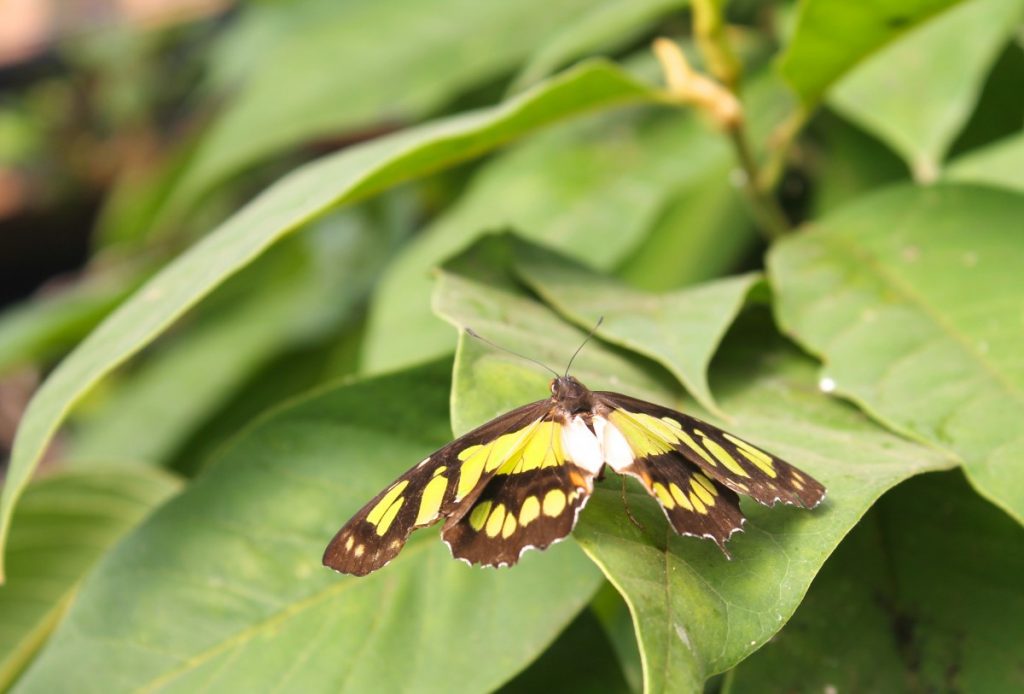 It was also just wonderful to be able to take a long leisurely lunch, whilst sat outside enjoying the sunshine, albeit wrapped in coats or jumpers, whilst watching the kids all run about playing with each other. 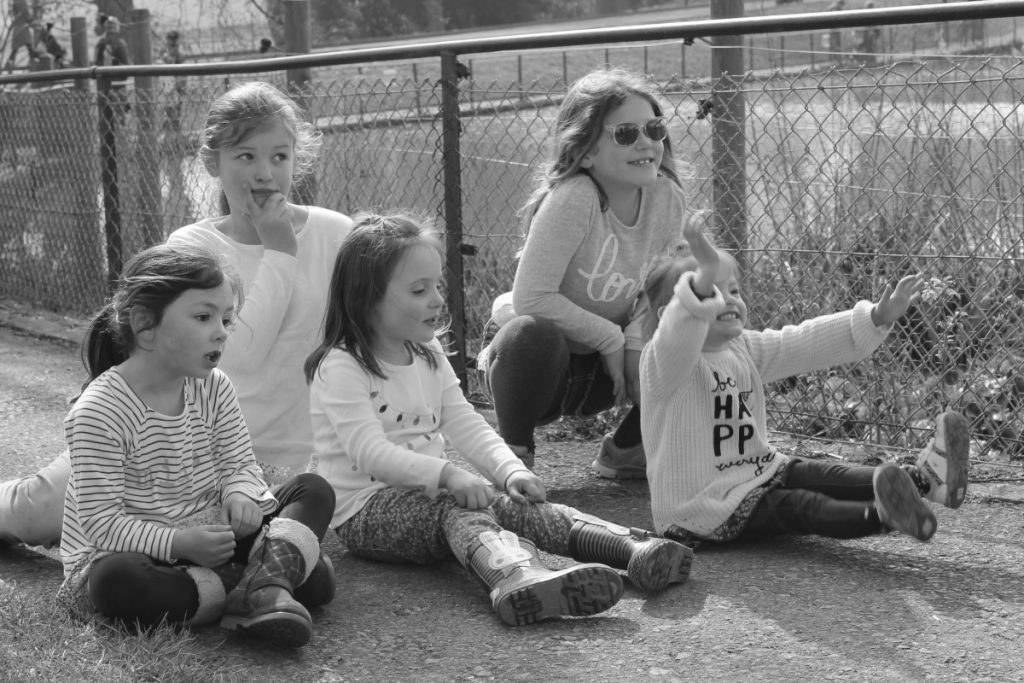 And that is another thing I’d say about Whipsnade, being so huge, there is so much free space for kids to do what they do best.

Running around and having oodles of fun! 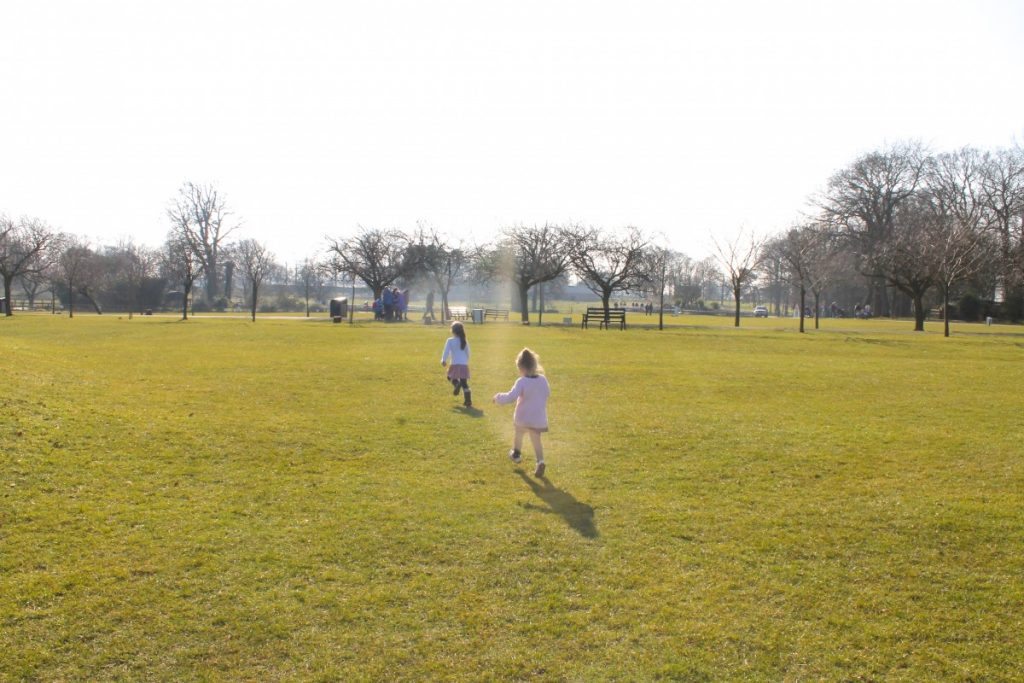 And the kids were ever so pleased they got to ride on the real-life steam train!

It was a real life Thomas The Tank Engine, except it was green! 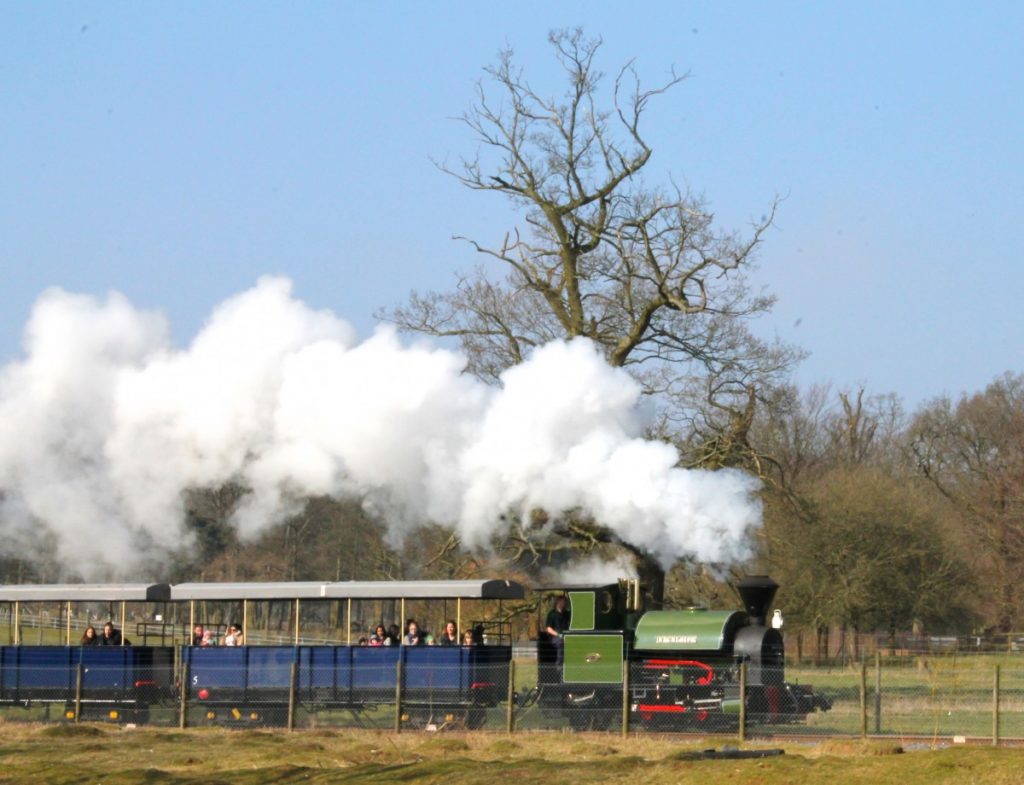 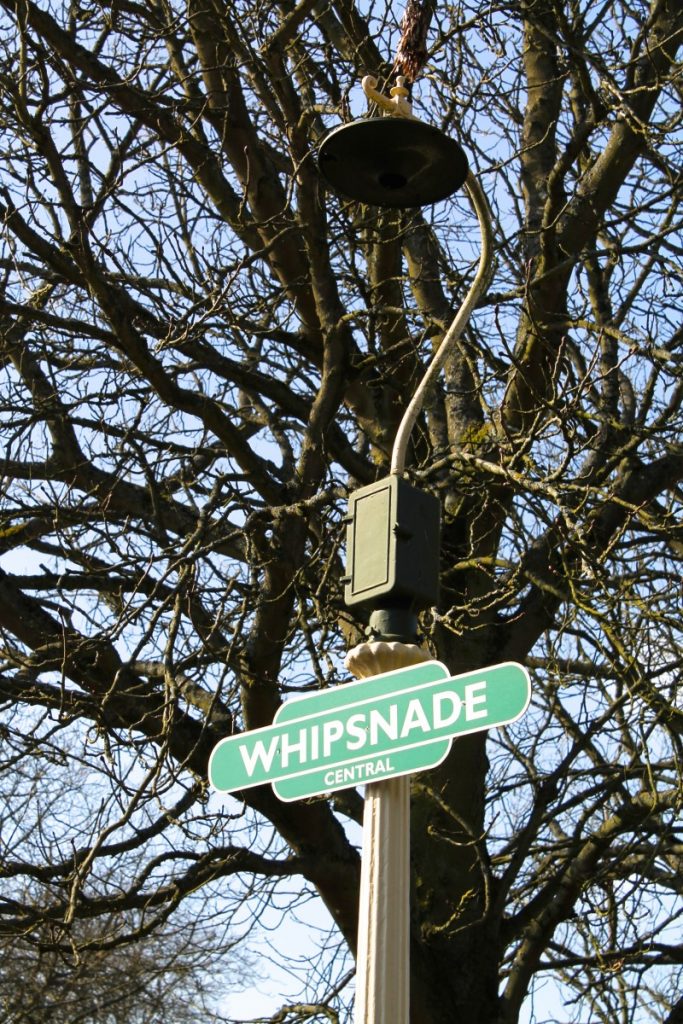 So, even though we stayed the entire day at the park, we still didn’t have enough time to see or do everything we wanted to.

Things we missed were the bugs, the sea lion show, the bird shows, the wolves and much to the disgust of the children, we just didn’t have the time to visit the Hullabazoo and for them to play in the pretty awesome looking play park, which of course means only one thing.

We’ll just have to plan a return visit.

With all of us in tow this time! 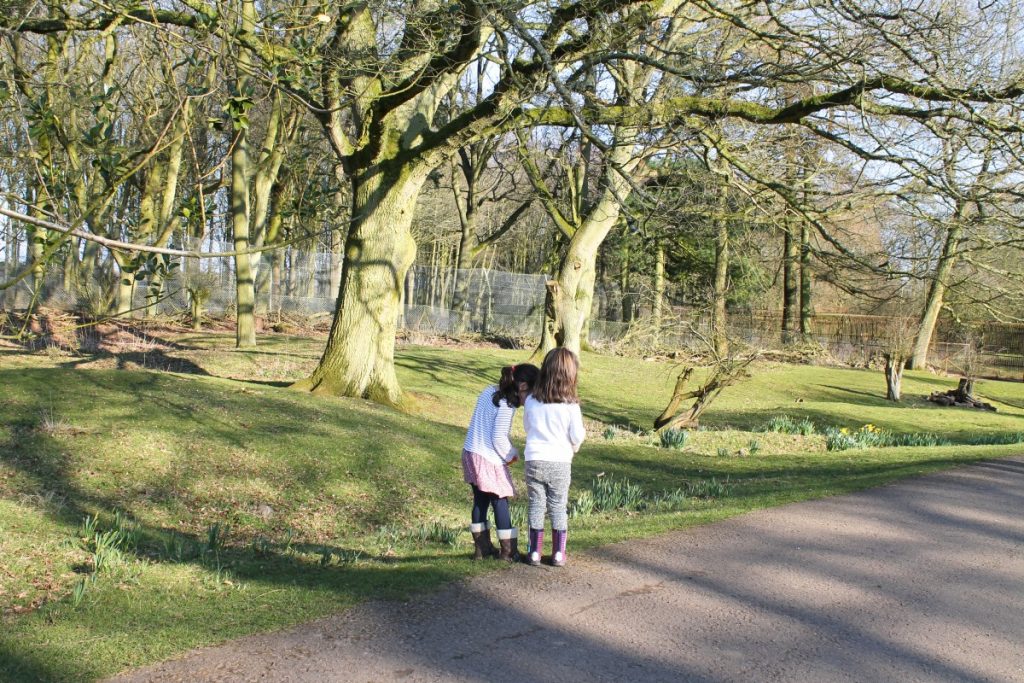