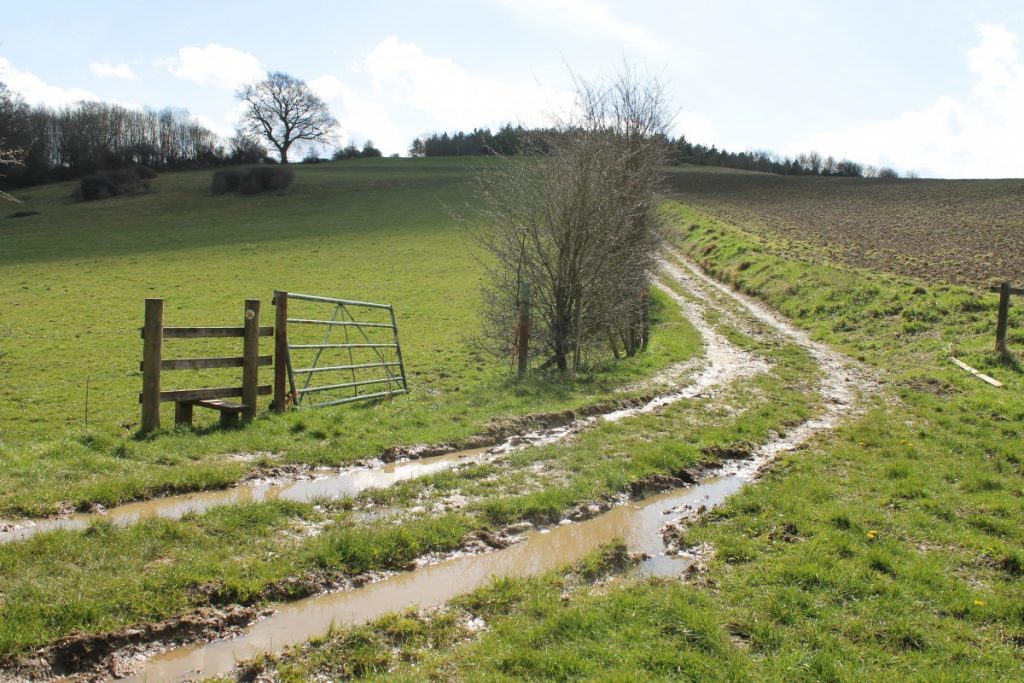 I’m beginning to get used to this. A lovely long weekend walk.

We’ve not long started the wonderful Spring season, but already I feel we’ve been trying to make the most of being out and about with the girls at weekends.

Even though we are both busy, trying to juggle all the usual stuff which working parents have to try and cram in at the weekends, we’ve been making a concerted effort to get out into the fresh air at least once per weekend, weather permitting obviously, as I’m not sure even the girls would have liked being out in our recent storms.

And already this weekend has been no different.

No sooner had we really carted ourselves out of bed this morning, after having a pretty amazing and much needed Saturday lie in, did we get a text from friends asking if we’d like to go for a walk.

The morning outside was beautiful. Bright, with sunny blue skies and only a slight chill in the air.

Perfect for a morning’s stroll!

We headed off to a nearby village, for a route my friend had wanted to walk for some time, as it was the same route she walked with her parents when her and her sister were young girls.

It took a little logistical discussion before we set off, as it wasn’t a circular route. Instead, we drove in two cars and then the boys dropped us off first with all  the children at the start of the pathway, and then took one of the cars to the other end of the route to meet us at the end.

We started off by following a tiny and very narrow pathway as it would its way across two empty fields. The first field was just covered in wintered grass, whereas the second field had very recently been ploughed and was therefore a little more tricky to walk on. Especially for little legs.  I can’t remember exactly how many times Ella tripped over the large clumps of earth as she tried to run and catch up with Holly and Mollie, ahead of her.

And I must add, it wasn’t exactly ‘buggy terrain’ either! So instead, to make it across with as few disasters as possible, the boys carried the buggy the entire width of the field! 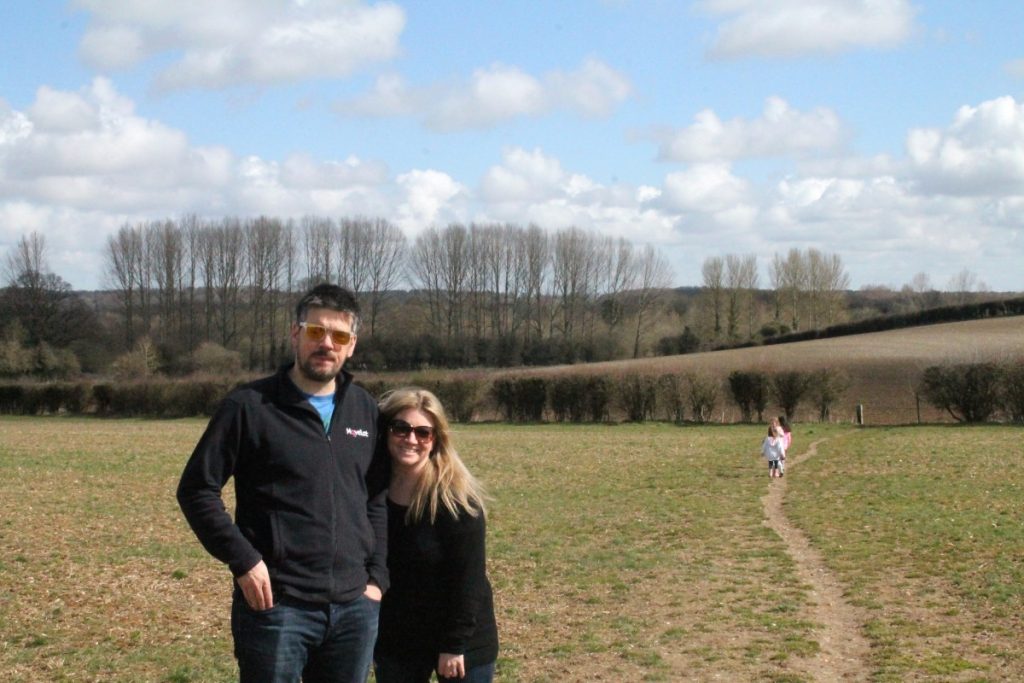 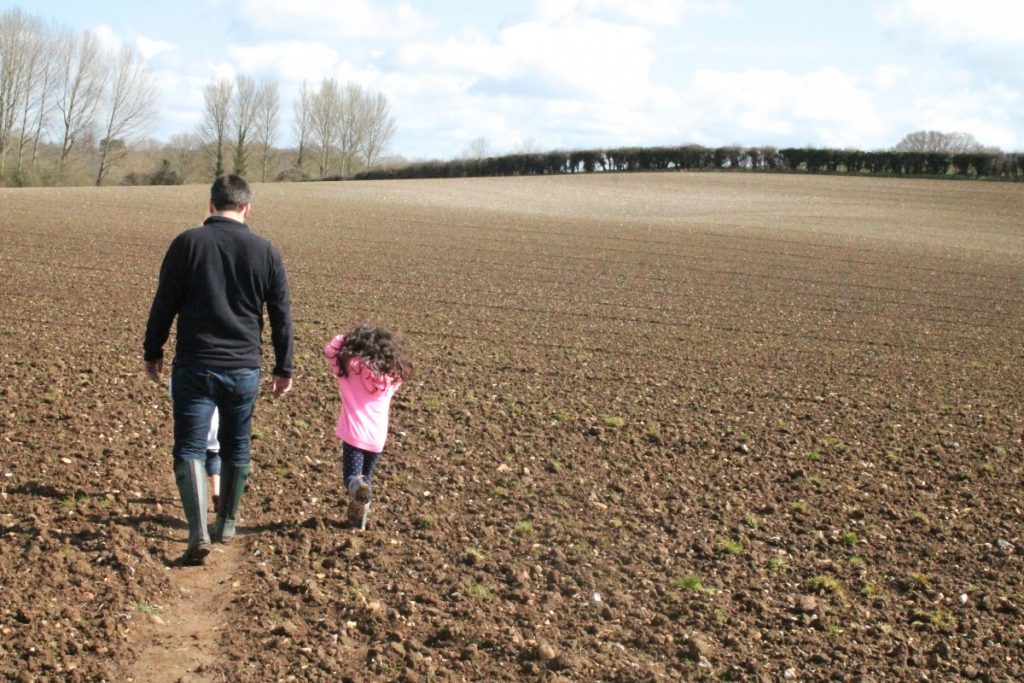 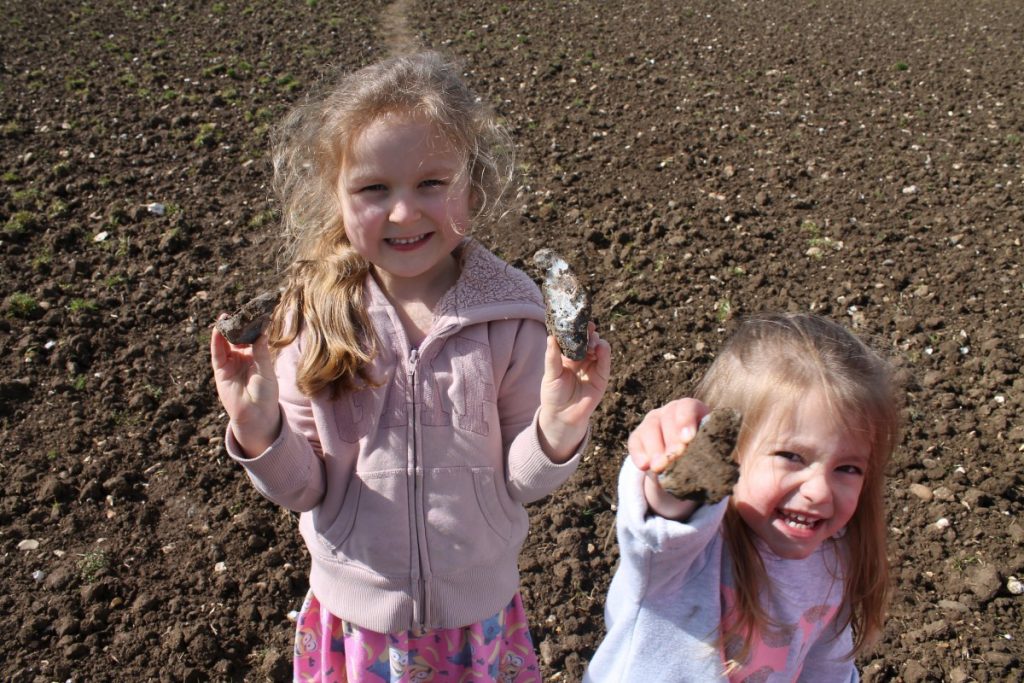 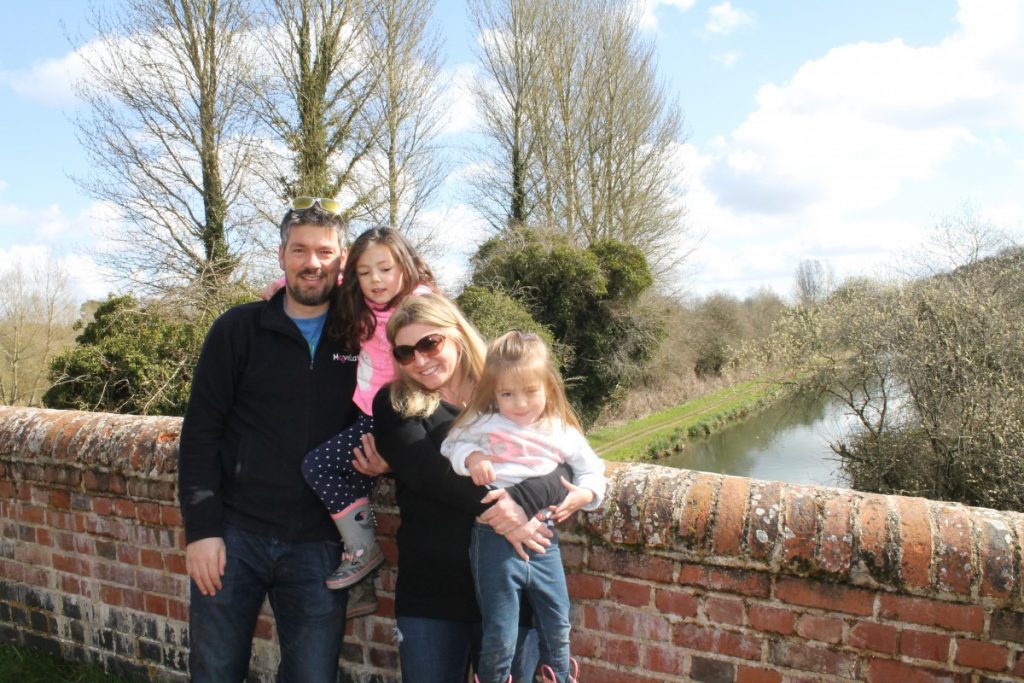 The riverside walk was beautiful. The dappled sun was steaming down through the canopy of tree branches, and the peace and quiet was breathtaking. There was only the sound of the rustling trees, the flow of the river and a woodpecker hard at work in the distance. Oh, and of course the kids! It’s quite a rarity nowadays, in such a fast paced working world to find so much tranquility, so I really think it makes you appreciate how delightful it is when you make the effort to get out and find it.

As we walked along, the girls searched for sticks, stones, flowers, branches and other other ‘treasures’, as we tried our hardest to herd them up and keep them from falling into the canal. 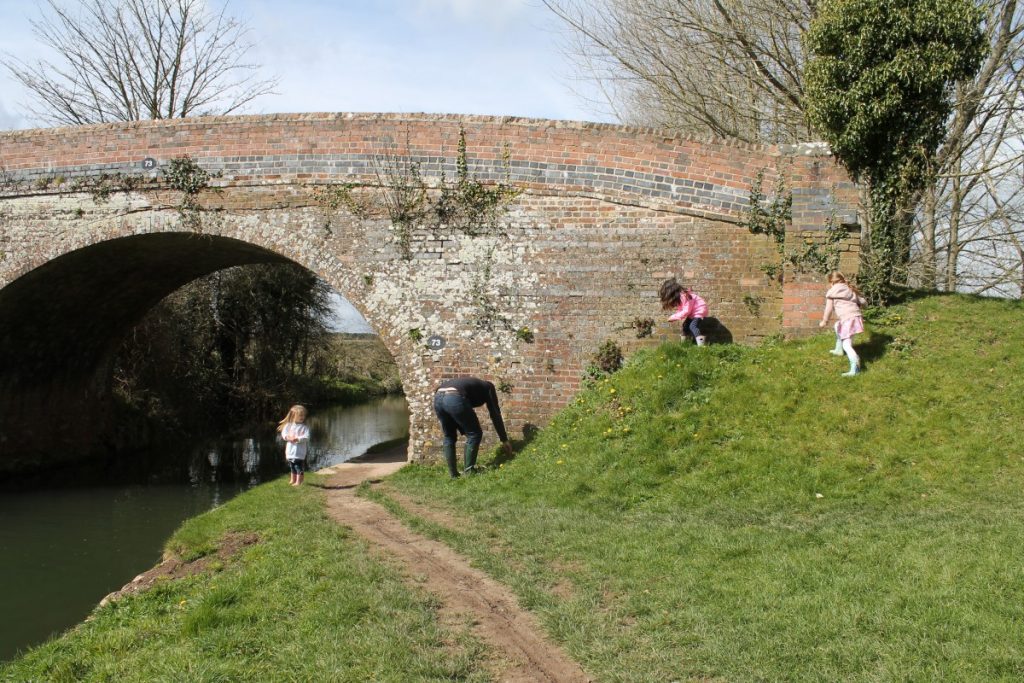 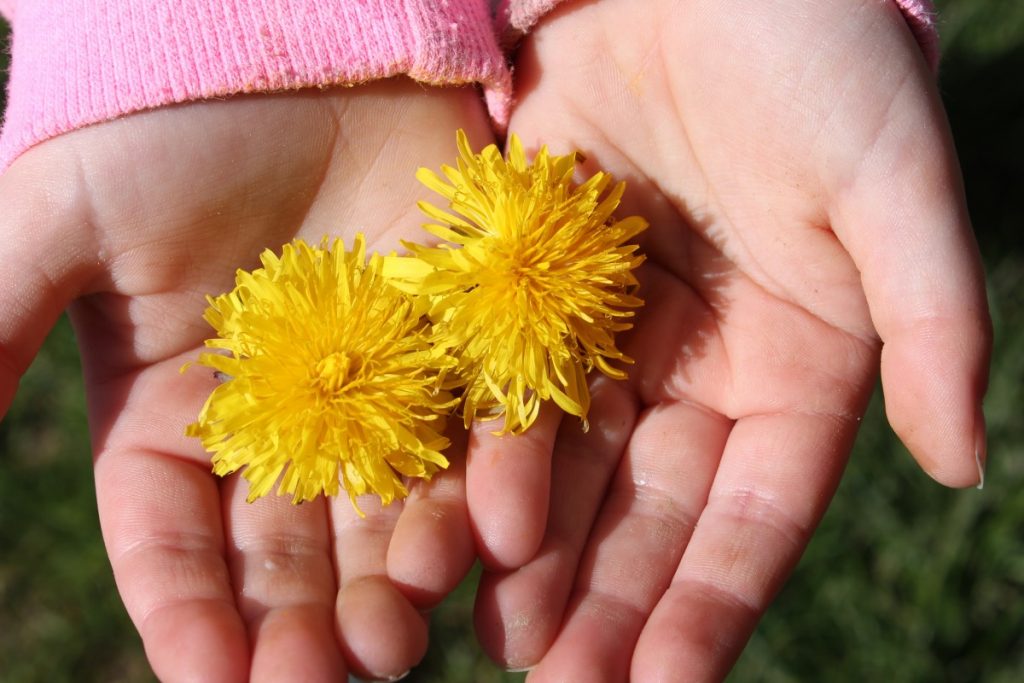 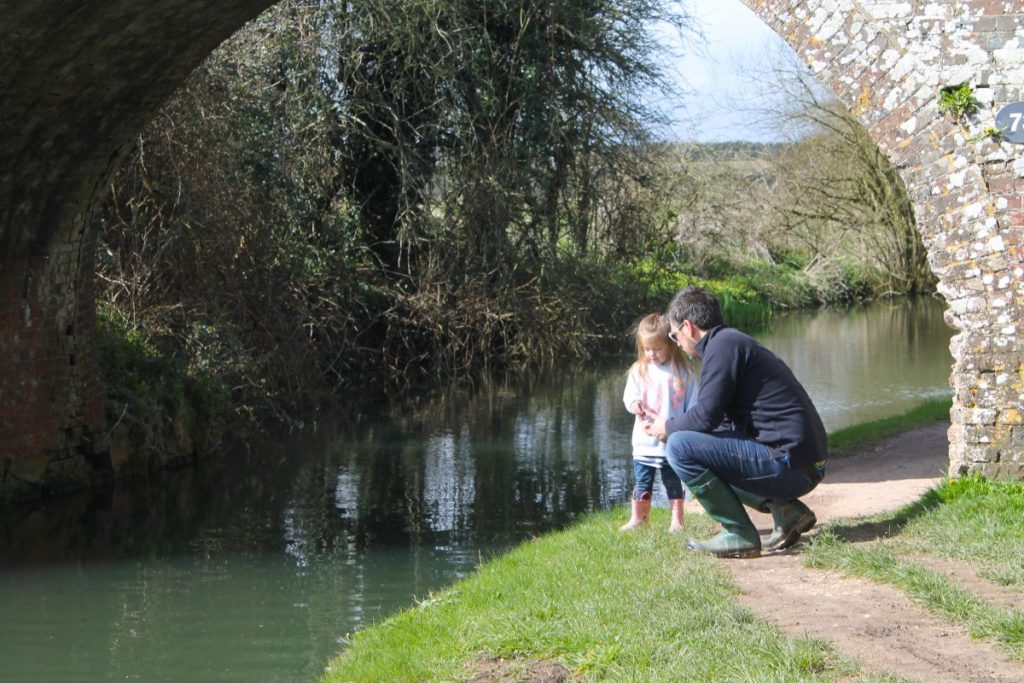 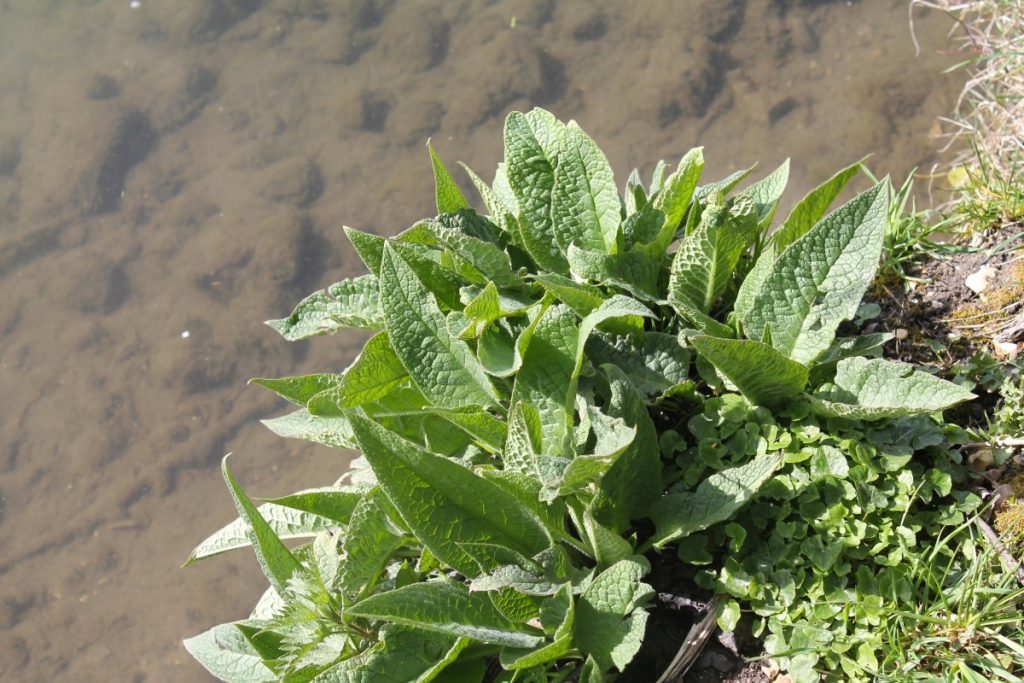 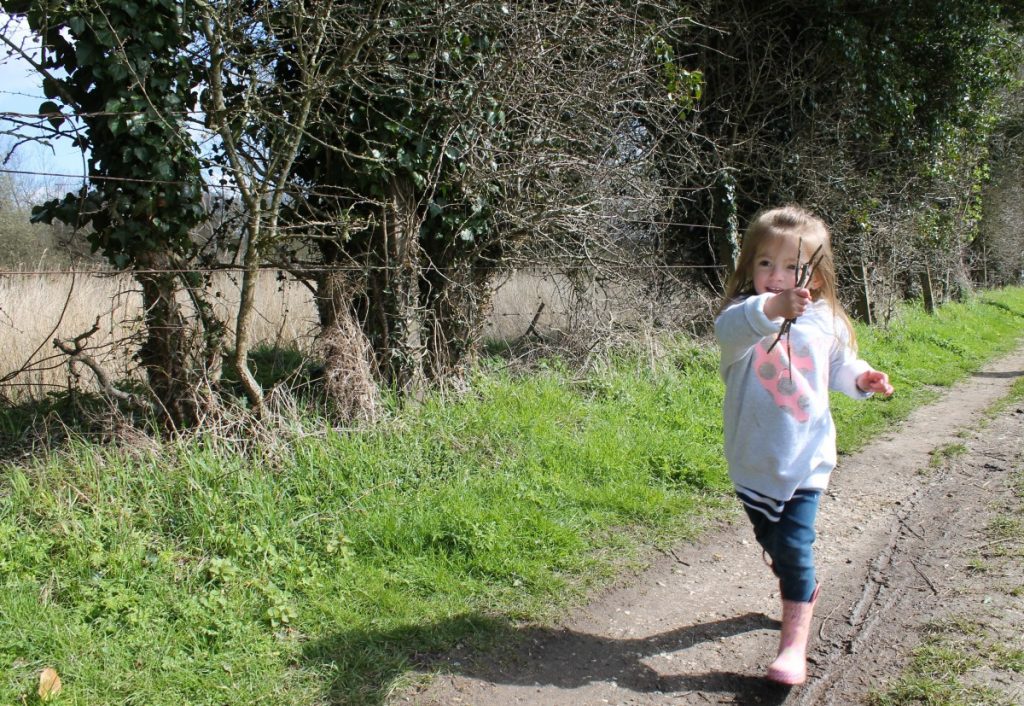 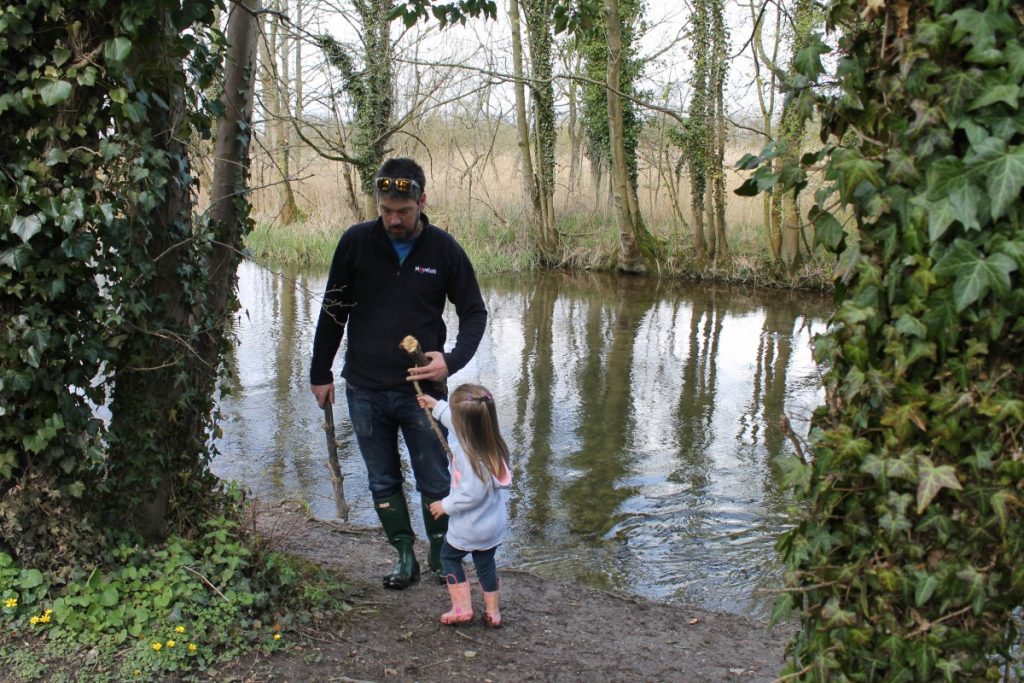 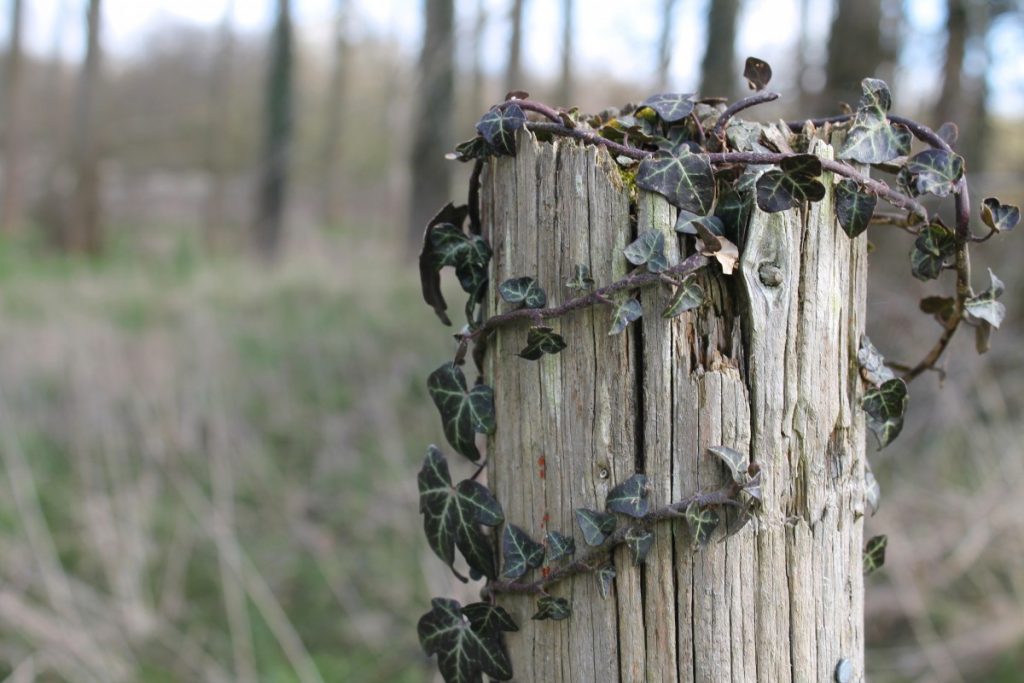 And then, before we knew it, the end was in sight. A fabulous village pub.

So obviously it would have been very rude to not have stopped in for a quick drink and a lovely pub lunch!

I mean, isn’t that the best way to finish off such a lovely mornings walk?

And, no sooner had we returned home, did the heavens open. I’m so pleased we were able to make the most of such a day of two halves. 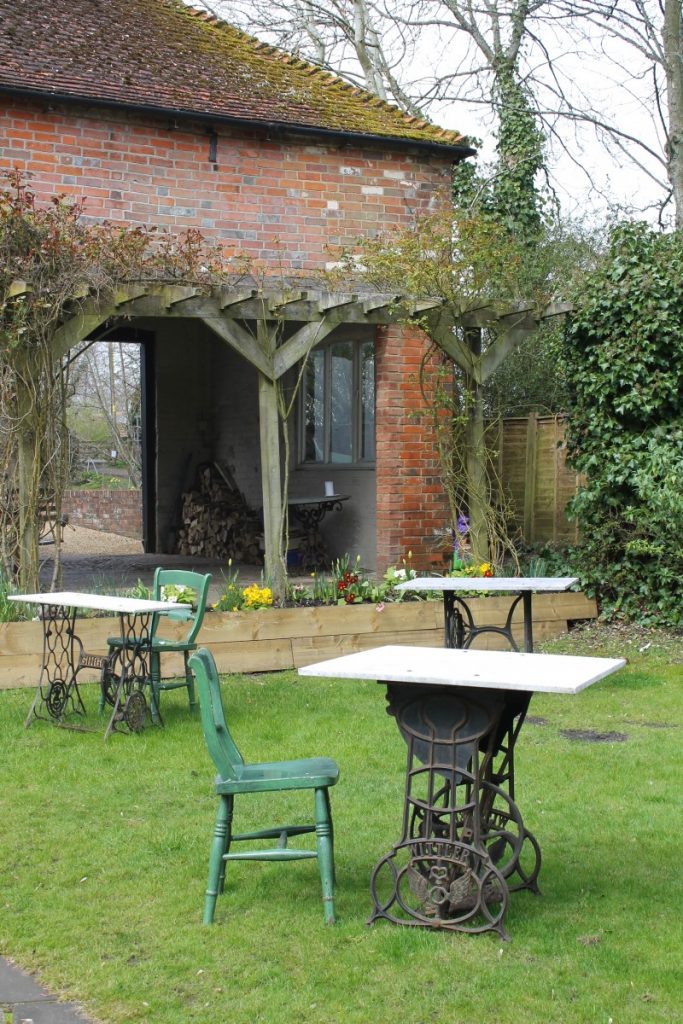 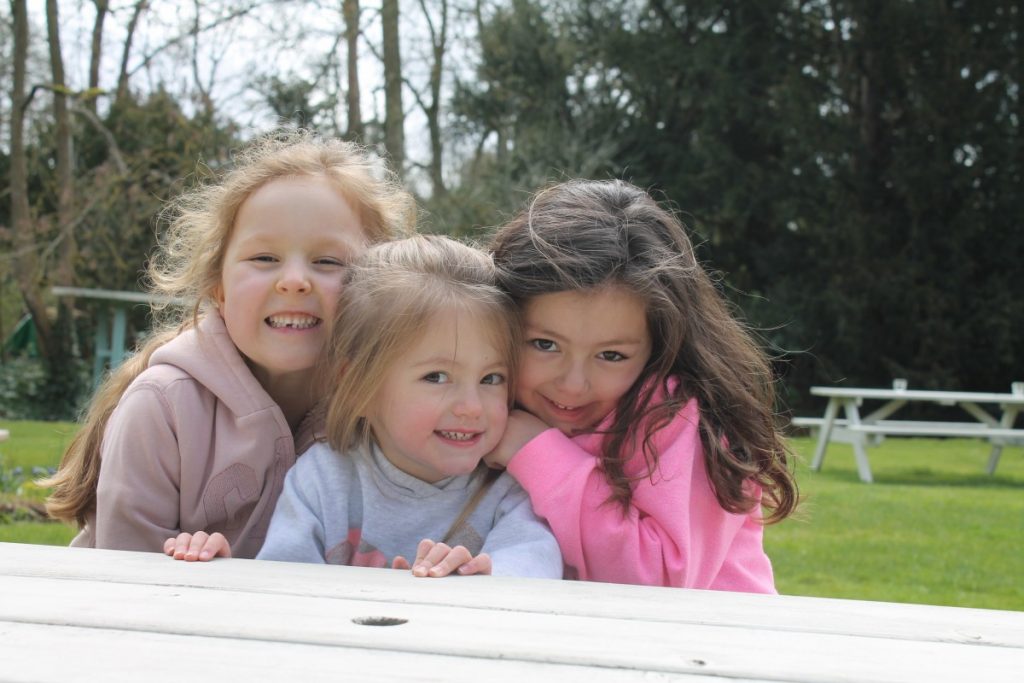