Whilst in Newquay last year, for our fabulous weekend stay at the Sands Resort Hotel & Spa, we decided to take a little stroll.

It was the end of September and though the weather was actually rather wonderful, we all knew very well that winter was just around the corner.

So, with waterproofs and jumpers packed into the basket of the buggy, we set off sir a walk along the cliff pass walk located just to the front of the hotel.

The views were stunning. The cool blue of the waters below were crystal clear for as far as you could see as we gazed off towards the horizon.

The main purpose of the walk was to find a beach. And, after walking rather a way in the wrong direction, which is just typical, we turned quickly on our heels, to retrace our footsteps back along where we’d just trodden, and then on further still on our treasure hunt for gold. Golden sands that is, of course.

When the girls saw the glorious beach down below in a little cove and spotted the glistening sand as it shone and sparkled in the late afternoon sun, excited smiles of anticipation started to creep slowly across their little faces.

By this time, I think they’d probably had enough of walking, so were hugely pleased to see a light at the end of the tunnel!

When we reached the beach, we rolled up our jeans and took off the girls leggings as we had to cross a pretty deep flow of water which was the only way across to the vast stitch of sand on the other side.

But, who cares, with the sand between our toes we spent a good couple of hours just watching as the girls played in the rippling surf, collected shells and treasures and found sticks to write with in the sand.

For a September holiday in England, it was glorious.

The perfect afternoon for sandy beaches and messy kids! 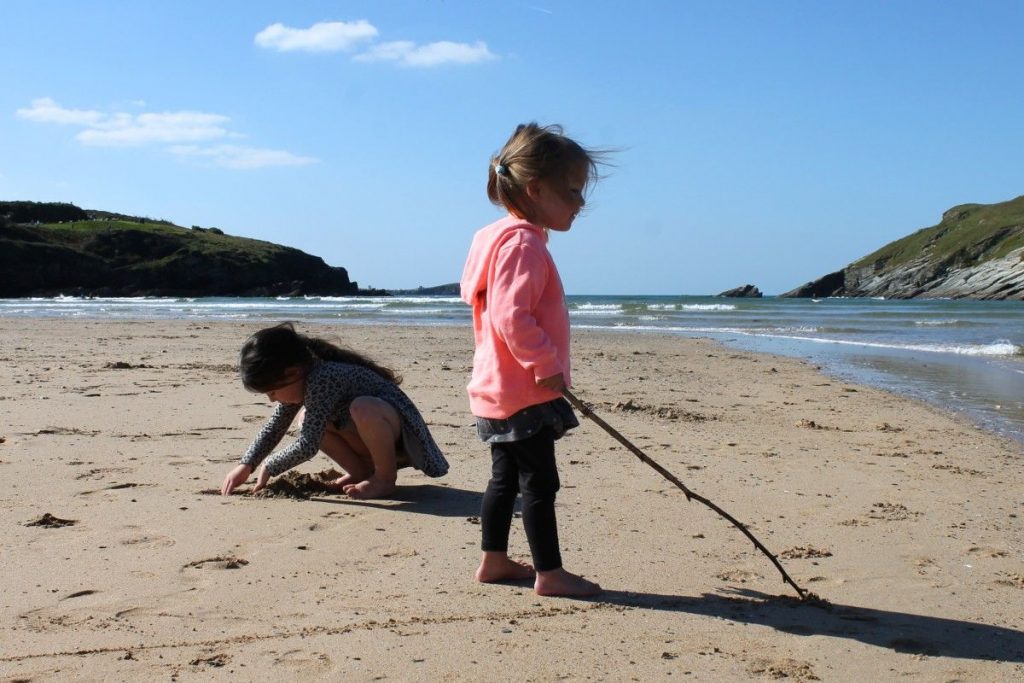 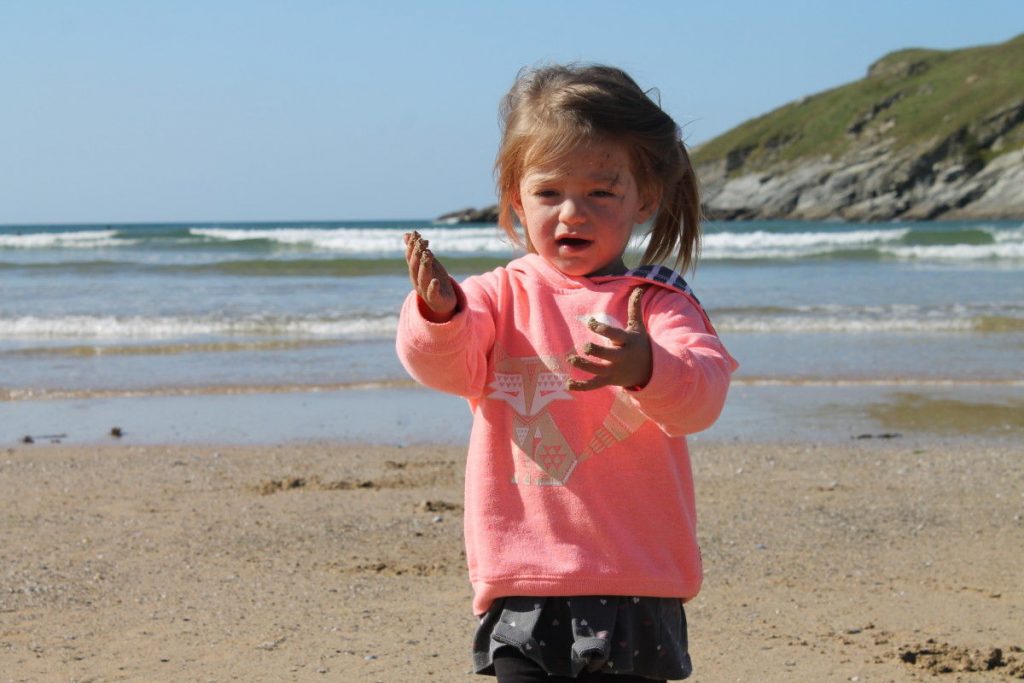 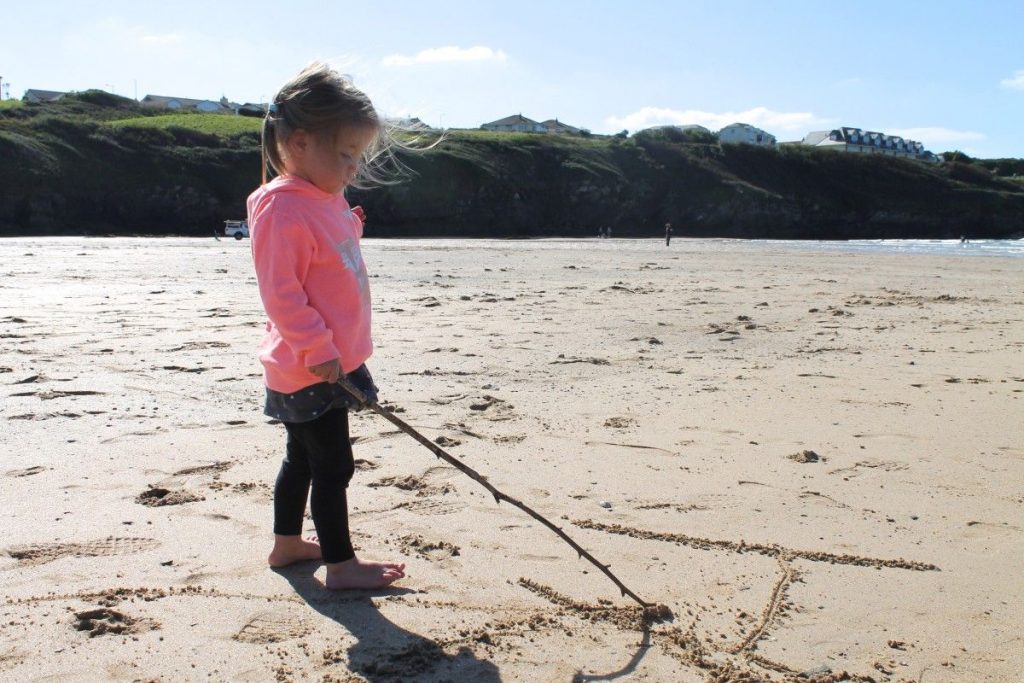 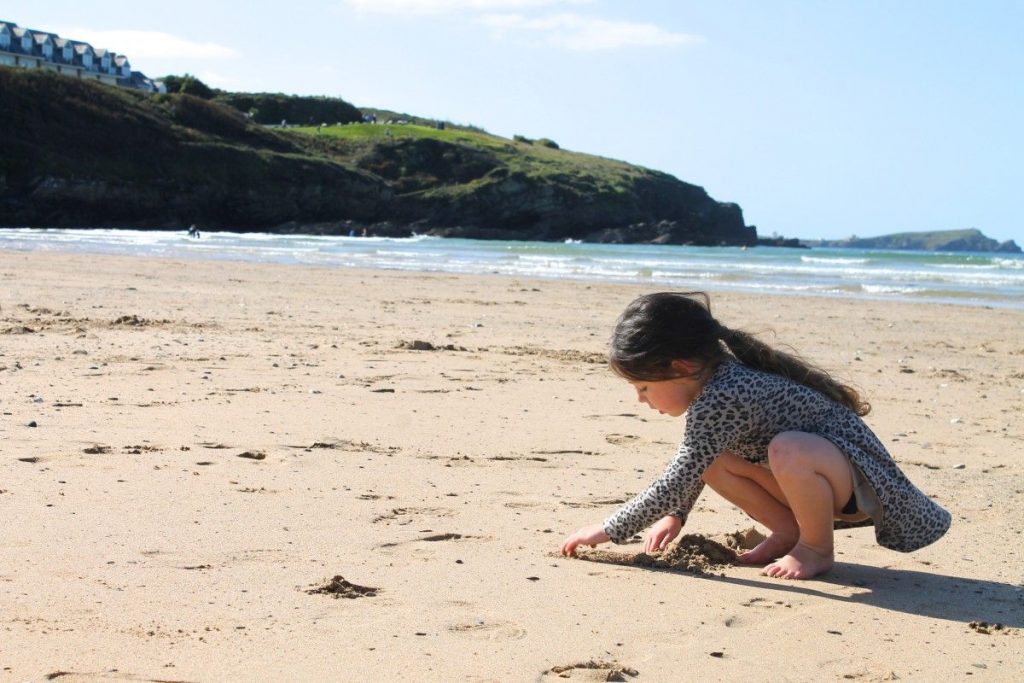 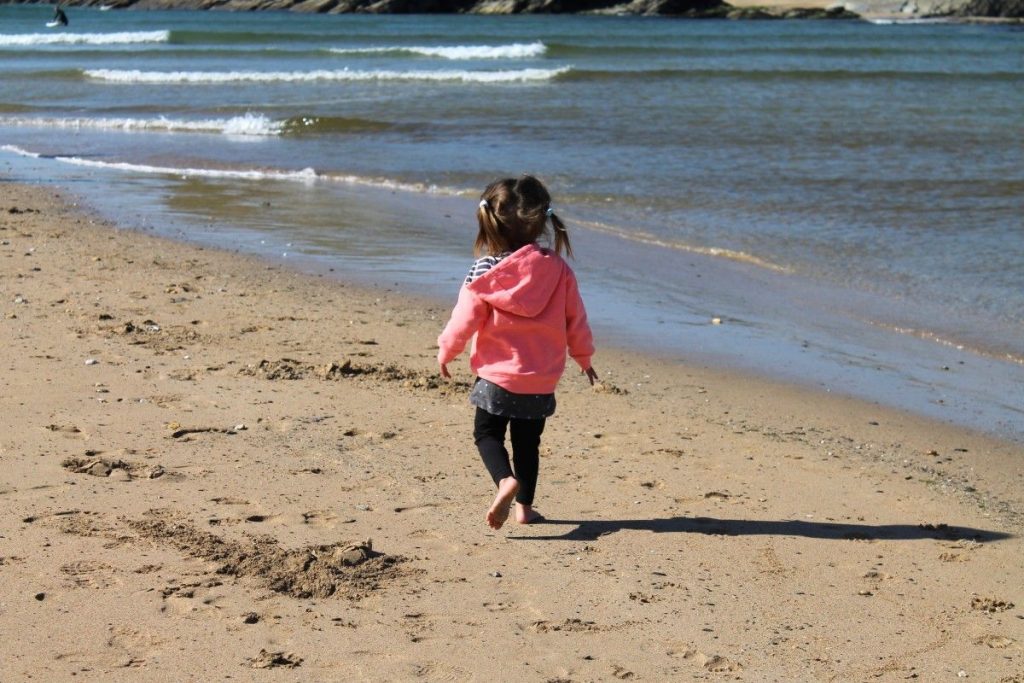 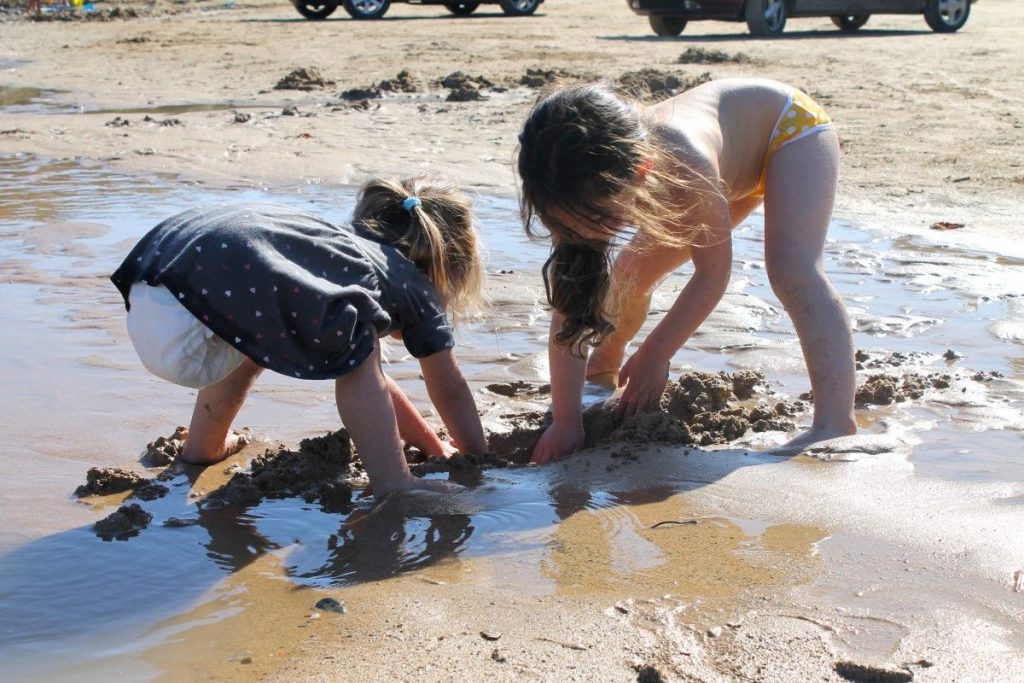