This month has been a bit hectic to say the least.

October is regarded to as ‘birthday month’ in our household, and as such is a whole mixture of joy, happiness, stress, depression, and despair depending on the age being celebrated. Or perhaps commiserated in some cases!

It all kicks off on the 7th with Holly’s birthday, then it’s my Dad’s on the 11th, followed my mine on the 17th and lastly my Mum’s on the 20th. Even my lovely late Grandma’s was also on the 15th!!

So as you can see, it’s pretty darned busy! And generally expensive too in most cases!

It’s lovely though that Holly’s comes first, as this gives me plenty of spare time beforehand to get everything sorted for her special day.

This year, she chose to have a Go-Karting party held at a local leisure center, which really did go down a storm with the 20 girls and boys she’d invited along to help her celebrate with on the day. 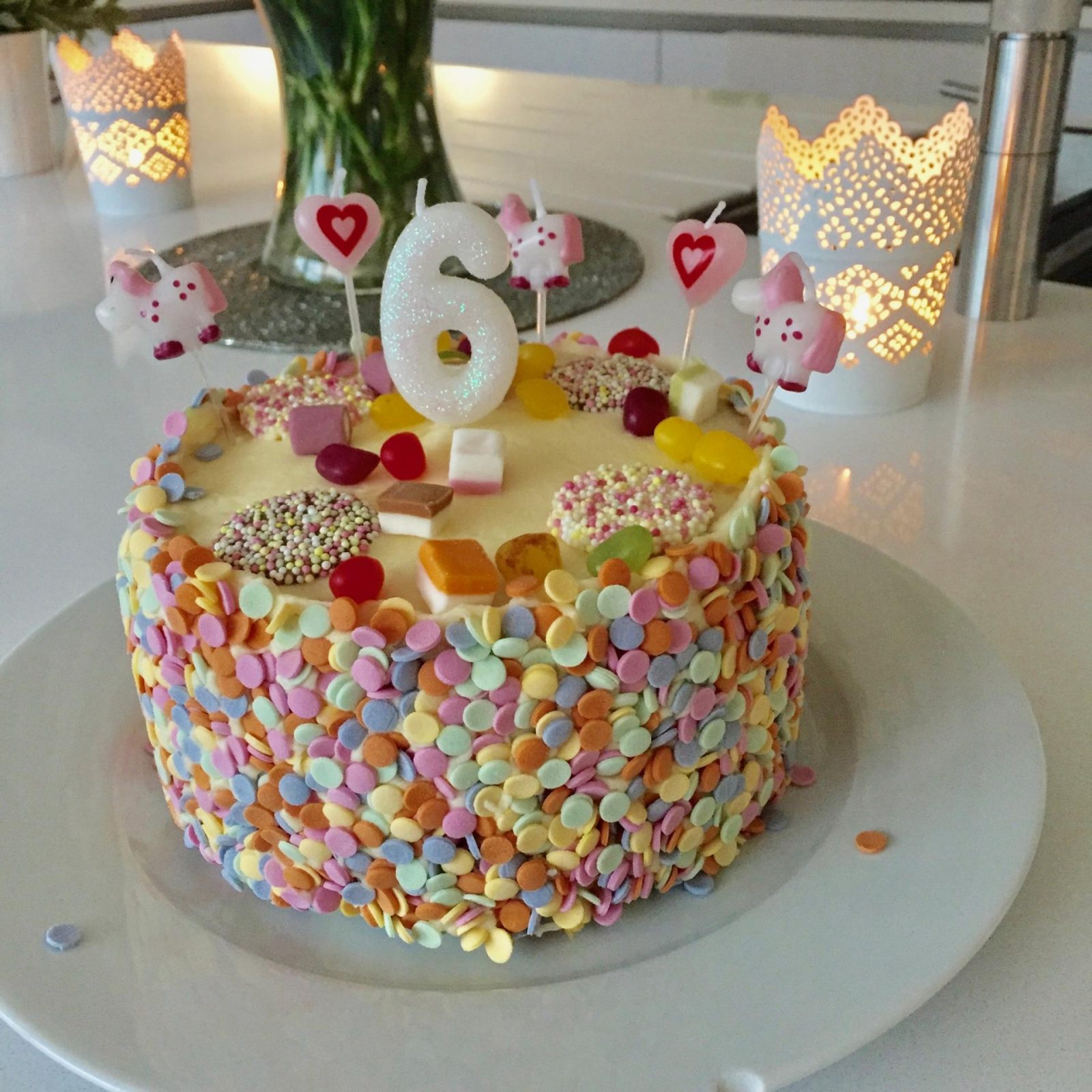 I’m afraid to say I cheated a bit this year though.

Normally we put on the whole thing ourselves. We’d ordinarily hire a venue with bouncy castle or activities, bring along all the yummy food we’ve painstakingly planned and prepared, decorate the party room with balloons, banners, streamers, table adornments and anything else that glitters and sparkles, put together a pretty amazing cake and scour the internet for the perfect party bags and fillers.

This year, I’m afraid to say we did the opposite.

Yes, we hired out the venue, and paid for the brilliant go-karting entertainment specialists, and I did buy a whole load of helium character balloons but other than that, we just paid for it all to be done for us!

The food was provided for us by the venue, as were the party bags, and the cake was courtesy of Marks and Spencer, together with a selection of assorted cupcakes courtesy of Tesco!

The thing is, we have been so busy and up in the air of late, with the whole kitchen refurb, that we decided it was best on this occasion to outsource it all rather than giving ourselves yet more jobs to be do and add to the stress.

And admittedly, it worked absolutely perfectly!

Holly had the most amazing time, as did her friends, and she was utterly delighted when at the end of the karting sessions, she had to do some laps all on her own against a stopwatch, with the whole of her party shouting ‘Holly, Holly’ at the top of their voices and cheering her on, to see if she could bag herself the special trophy.

Which of course she did. And thankfully so too, as this was the entire reason she wanted a go-karting party in the first place! 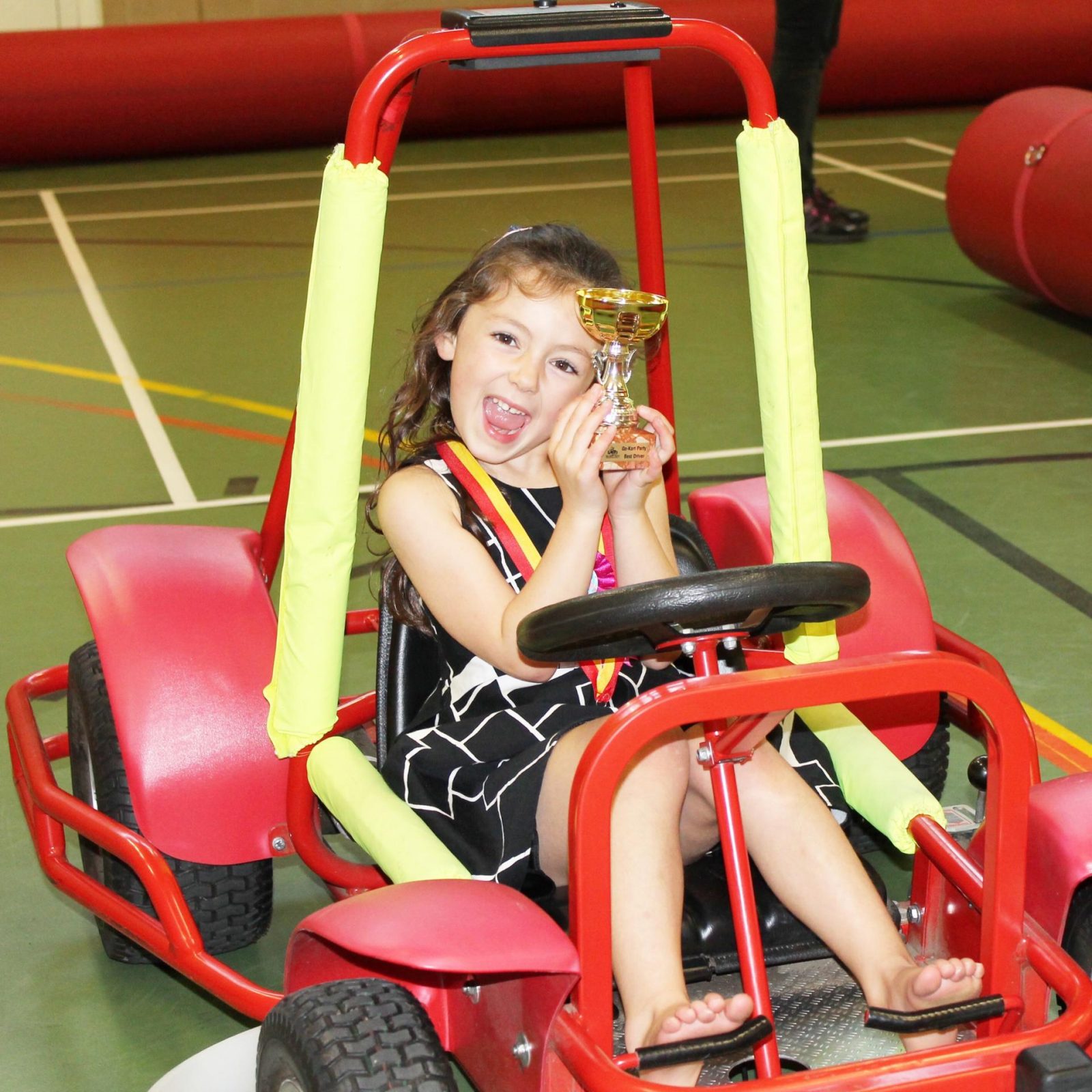 Even our little Ella had a turn in the karts too. Her face as she came off the track was an absolute picture. She was just so proud of herself.

The food worked out well too, with each child receiving a hot meal at 5pm, which went down very well indeed with all the parents who didn’t have to feed them when they got them back home, and the cake and cupcakes were just enough to put happy, smiley faces on all the children – and many of the parents, before it was time to head home.

All in all, a perfect day for my beautiful little girl.

My parents birthdays were very low key affairs in comparison! Long gone are their go-karting days! On each of their birthdays, we collected the girls early from after school club and pre-school, in order to pay them each a visit bearing gifts and homemade cards.

I bought my Dad a lovely smart checkered shirt and warm jumper (both of which my husband has now informed me he wants too!), with a big box of chocolates that the girls wanted him to open up immediately! And for my Mum, a lovely mink coloured Stackers jewellery box and some flowers. And this weekend, now that the house is a little more settled, we had them over for a beautifully cooked Sunday roast and a few glasses of champagne too, just to elongate the celebrations.

Then there was my birthday.

Normally, I would again maybe just open a few presents and go out for a celebratory dinner to mark the occasion, but this year was a bit different.

So, rather than weep into a box of Kleenex trying to console myself, I thought I’d see my fabulous forties in with a bit of a bang, and held a house party instead!

And it was pretty perfect too. 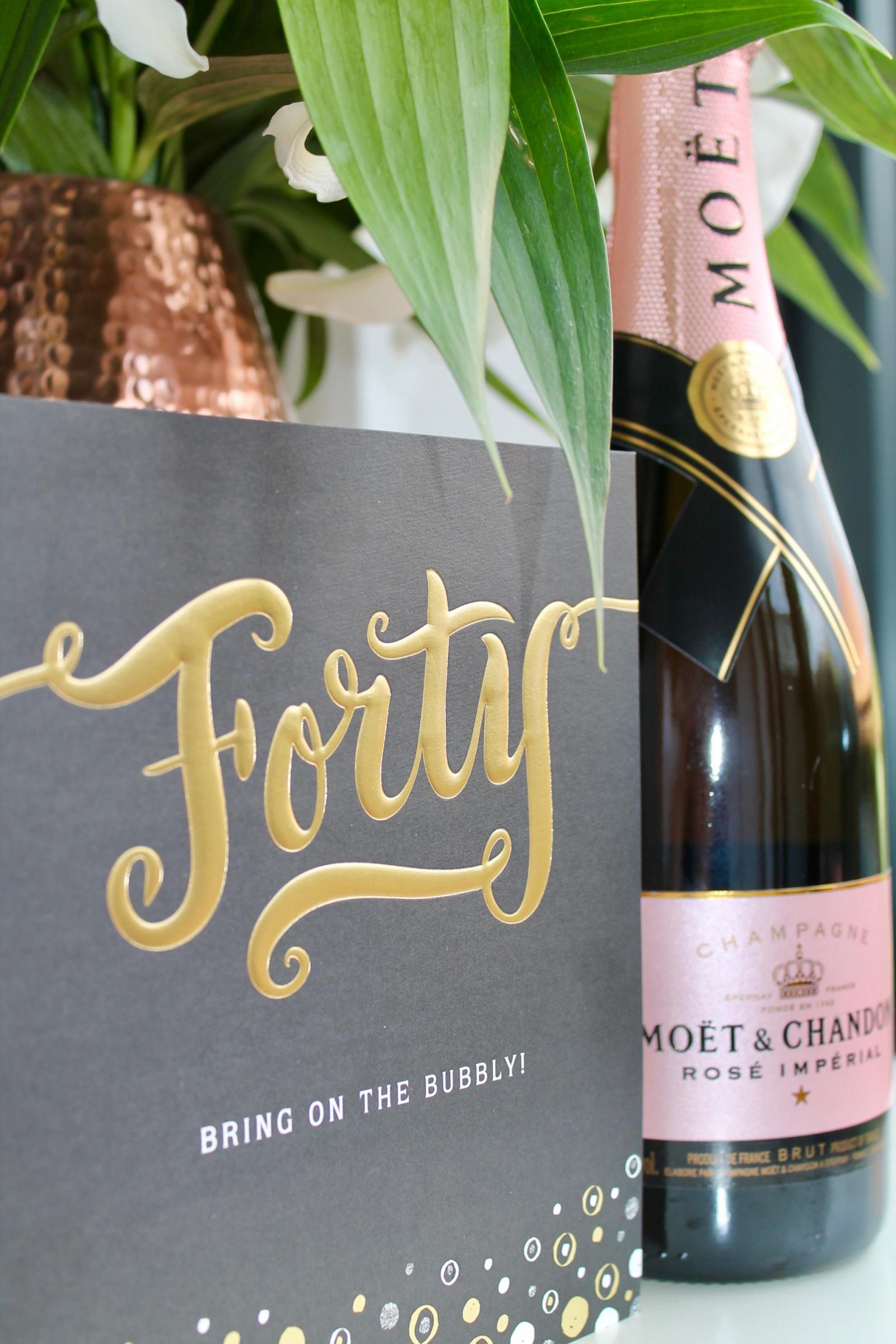 I invited about 30 to 40 of my closest friends and we all danced, laughed and partied the night away together until the early hours of the following day.

I decorated up our beautiful new kitchen with the help of some of my lovely friends, and had a gazebo outside in the garden in case of rain, which proved very worthwhile indeed.

I added fairy lights to the trees and bushes, and had lanterns decorating the inside of the gazebo, which also housed our summer rattan garden sofas, making it a totally cool and cosy area to hide away from the weather.

After all, we are in the middle of October, and yes, it did rain. 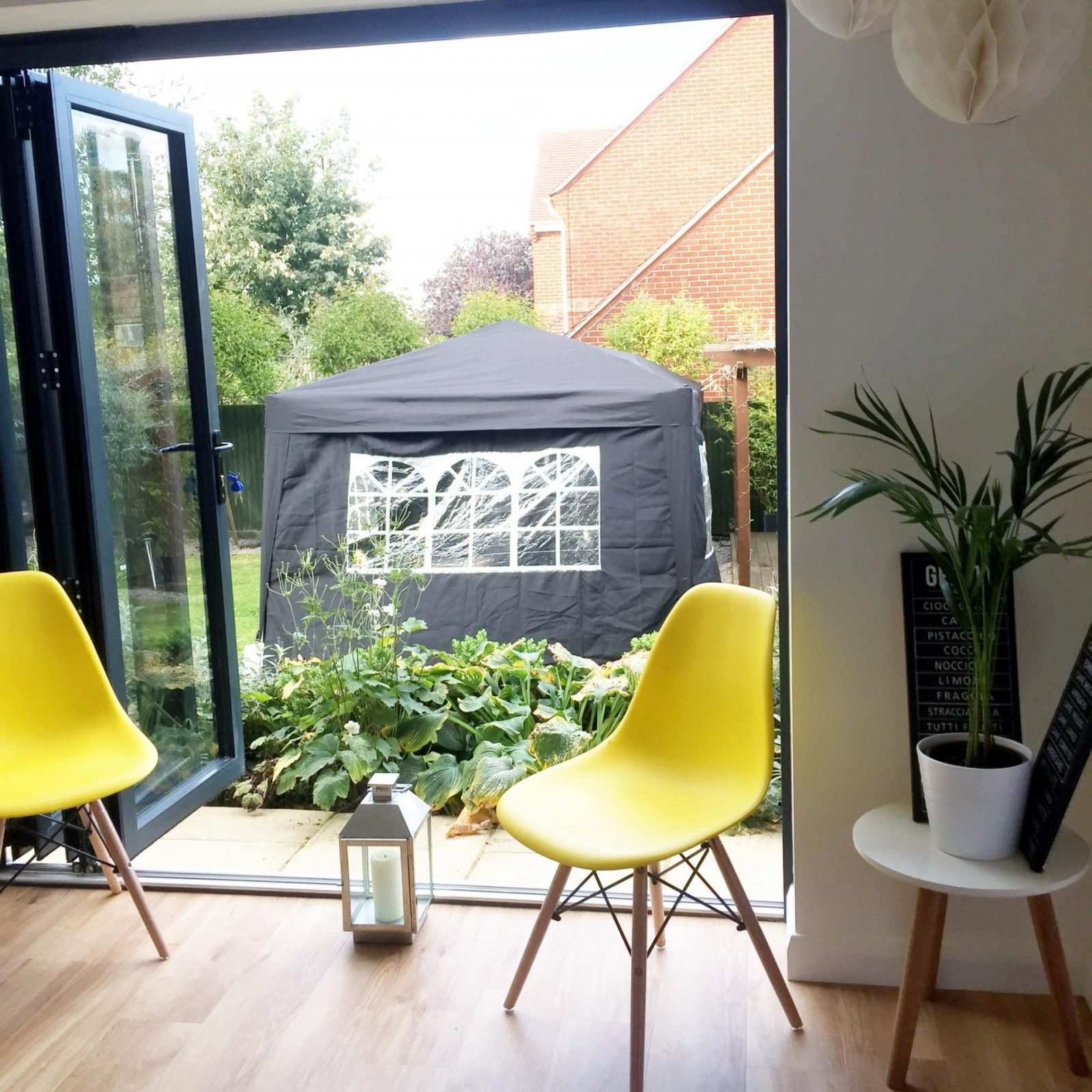 I also bought a fire pit, which proved a great success with all the men at the party! No sooner had we lit the thing, they all disappeared out of the throng of kitchen and down into the garden below to stand around it, swilling at their beers and chopping wood to help keep it going for the rest of the night!  It was as if I’d invited Bear Grylls!

We had food galore too, with hot and cold nibbles to keep everyone going until the pulled pork rolls came out, which my wonderful husband had been slaving away over and cooking for the past 24 hours!

And what’s more, there was more than enough alcohol to keep the party going too! 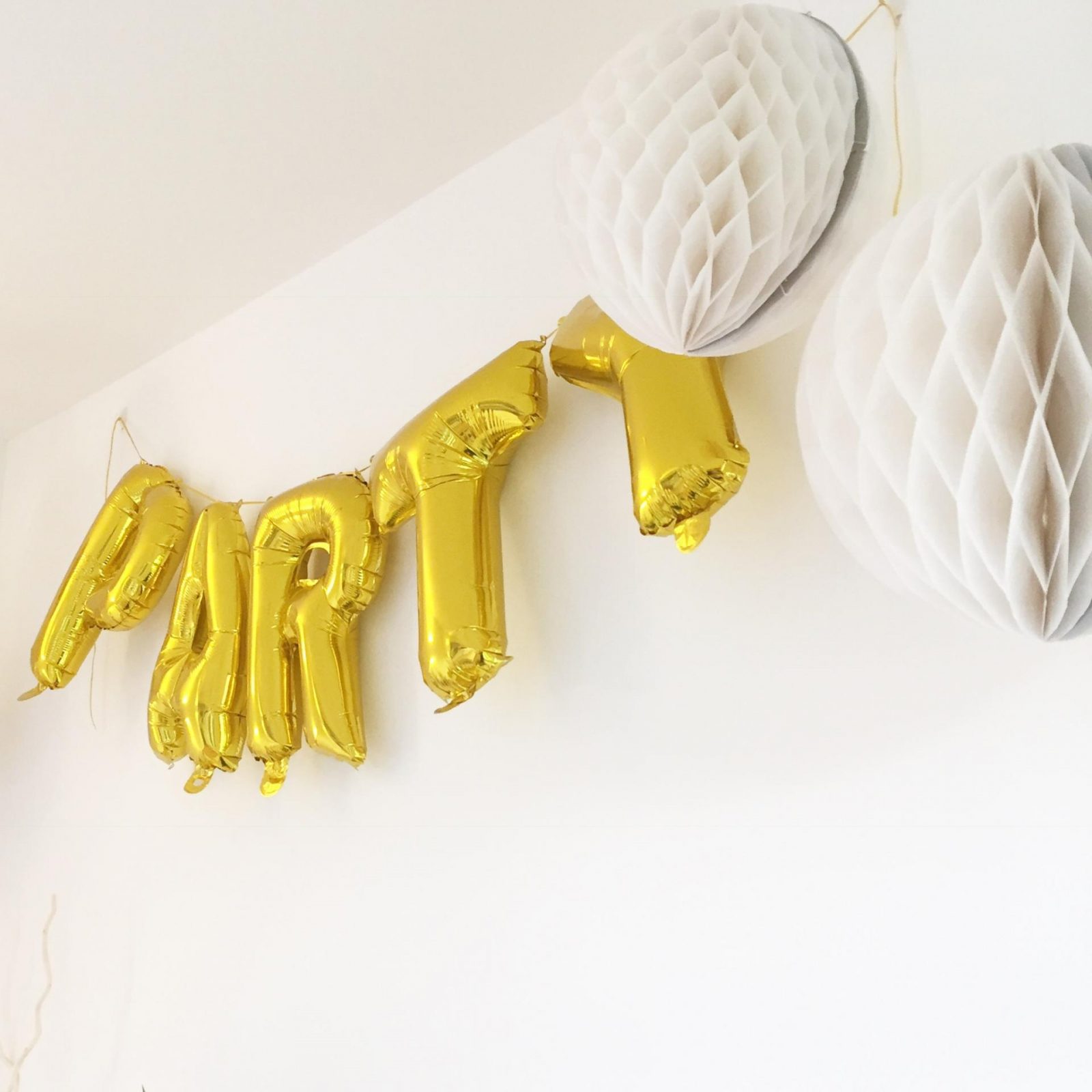 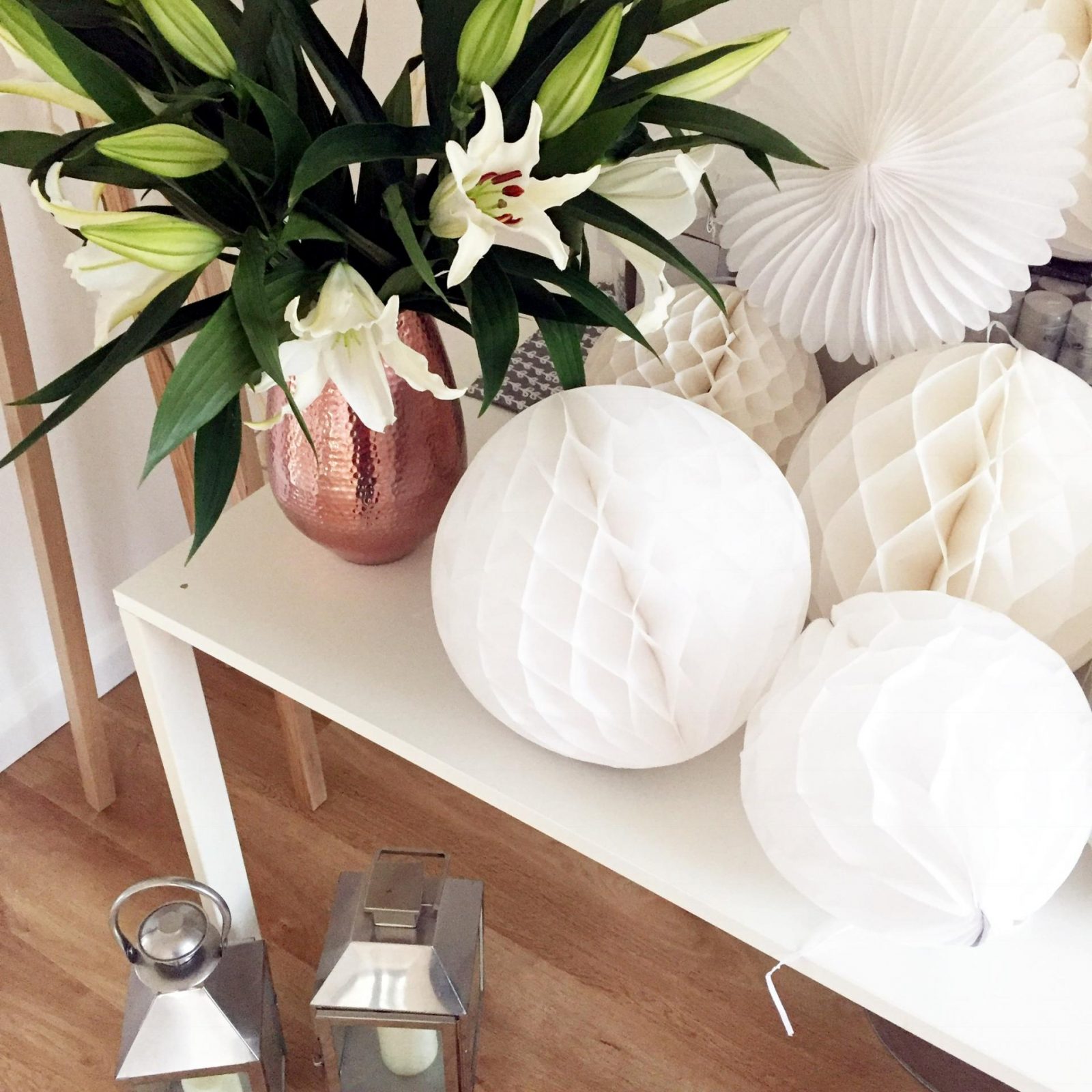 Some of my friends had made a birthday cake for me, and my darling sister had put together the most fabulous poem as a kind of ode to my previous forty years, and had included all the things that remind everyone of me! The good bits and the not so good bits!

It was so kind, funny and thoughtful that it even brought a tear to my eye!

It was an absolutely amazing night and one I know I’ll remember forever. A truly marvellous way to see in my next decade!

And, as if that wasn’t enough already, I got some pretty amazing gifts to boot!  It turns out I’m off to the Big Apple in less than four weeks time!  A secret that my gorgeous husband has had planned since January, can you believe!

Love him!  And so excited for our forthcoming trip.