Actually I would probably say….

‘Don’t Do It Yourself with Kids’

But anyway, this weekend I managed to cross one of my ‘to-do’s’ off my list of a couple of weeks ago (read here) which seems to be getting smaller a lot slower than I’d imagined.

Anyways, this particular ‘to do’ was to take an early morning jaunt down to Southampton to visit the fabulous Ikea home store.

We only went looking for a particular couple of items which was going to cost us £70,  but ended up an hour later spending about £400!!

We spotted a pair of bedside tables which would finish off our bedroom perfectly, but I must say, putting them together was a little trickier than we’d originally envisaged due to these two little urchins!!! 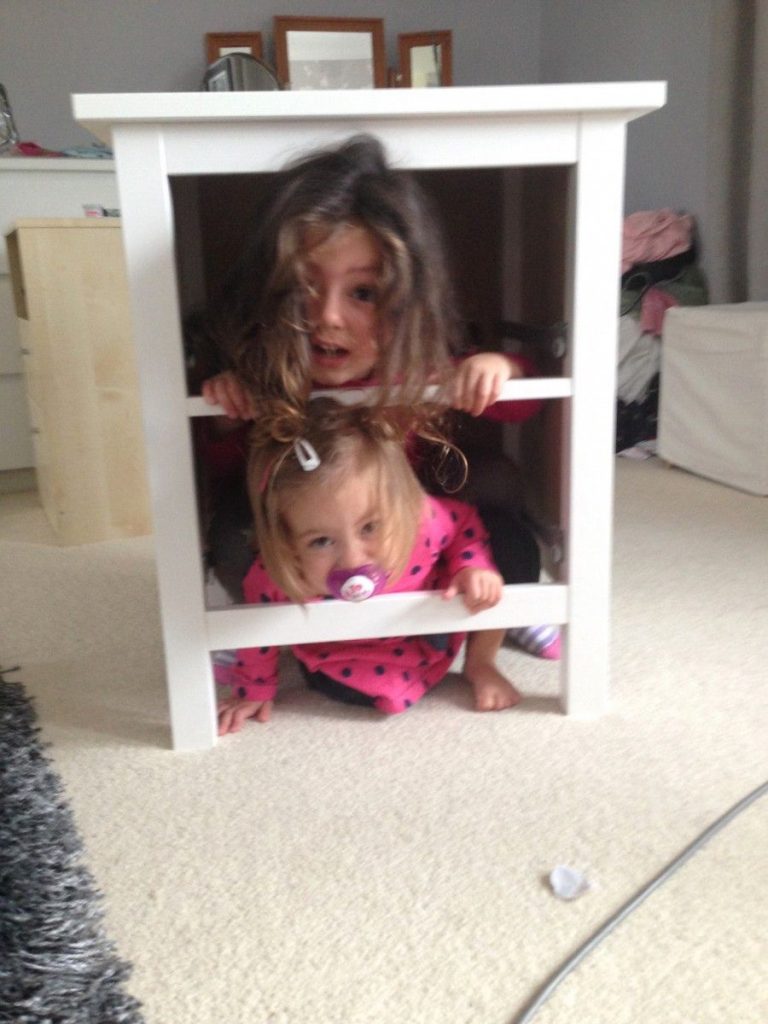