Yet another post from me where I beg of you not to judge me…. 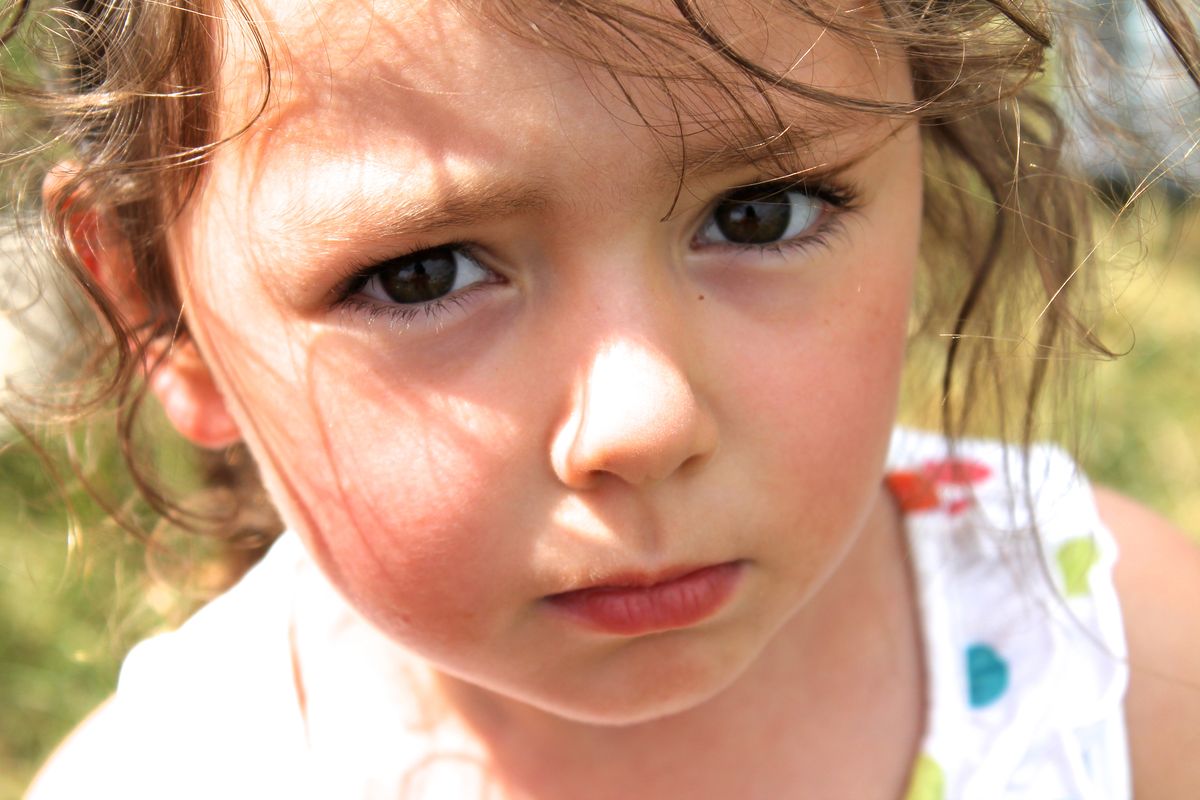 Well, trying really hard to be the adult, that is!!

……. it’s a total and utter failure

We seem to have the silliest of arguments in this household.

Not necessarily arguments as such – just bickering and squabbling I would say.

Lately, for some completely random and unknown reason, Holly has started calling us ‘Poo-Poo’.

How lovely is that!

She finds it hilarious!

It’s pretty much all the time now too – which at first was highly amusing and we giggled under our breath to one another, but recently it’s really started to get a bit boring and grate a little!

Especially when our parents (their grandparents) – frown at us as if we’re the naughty school children making up silly names!

Anyway, one can only handle being referred to as ‘Poo-Poo’ for a short amount of time before something kicks off!

So, as ever the adults we are in our household, now, every time she calls either me or Mr B ‘Poo-Poo’, we say,…

Which really annoys her.

She throws all her toys out of her pram and storms off in a huff and a paddy to go and sulk for a bit.

But then returns, only five minutes later, when it begins all over again!!

And this can go for a while until she too becomes bored with her mummy and daddy, and decides she can get far more sense out of her baby sister who calls her,

Grown up, aren’t we?

And then, earlier this week there was another incident….

Where H and I pretty much bickered all the way back home from my parents’ house.

(OK – so only a five minute journey)

Basically, Mum asked H if she would give her kiss goodbye – to which my stroppy ‘three going on thirteen year old’ replied with….

Ok – she was tired, and ok she didn’t want to go home probably as she always has too much fun at Grandmas (obviously unlike her permanent abode eh!!), but it was rude none the less and, as the competent and well-meaning parents that we are, we’re trying to instill just that tiniest amount of good manners into our progenies and educate them as to….

‘how one should present oneself when in social situations’!!

So I asked her nicely and calmly, not to be so rude and to apologise to poor Grandma.

She then burst into floods of tears.

And when I asked her what the matter was, in an attempt to try and calm her down and to frantically get her to stop crying before the little one joined in too and jumping merrily onto the breakdown bandwagon, she just sniffed and sniveled to me and told me it was all my fault, and that ‘I had started it’!

Not in a temper way, just in a silly, immature, school playground sort of a way,

So – in true nursery school quarrel style, I snarkily replied with

A-ha! That will stump you, I thought

So then, yes, you’ve guessed it – for the next ten minutes on the way back home, that was the entirety of our conversation…..

Me: You started it

H: Because you told me off

Me: Yes, because you were rude to grandma – which is why I think you’ll find YOU started it! 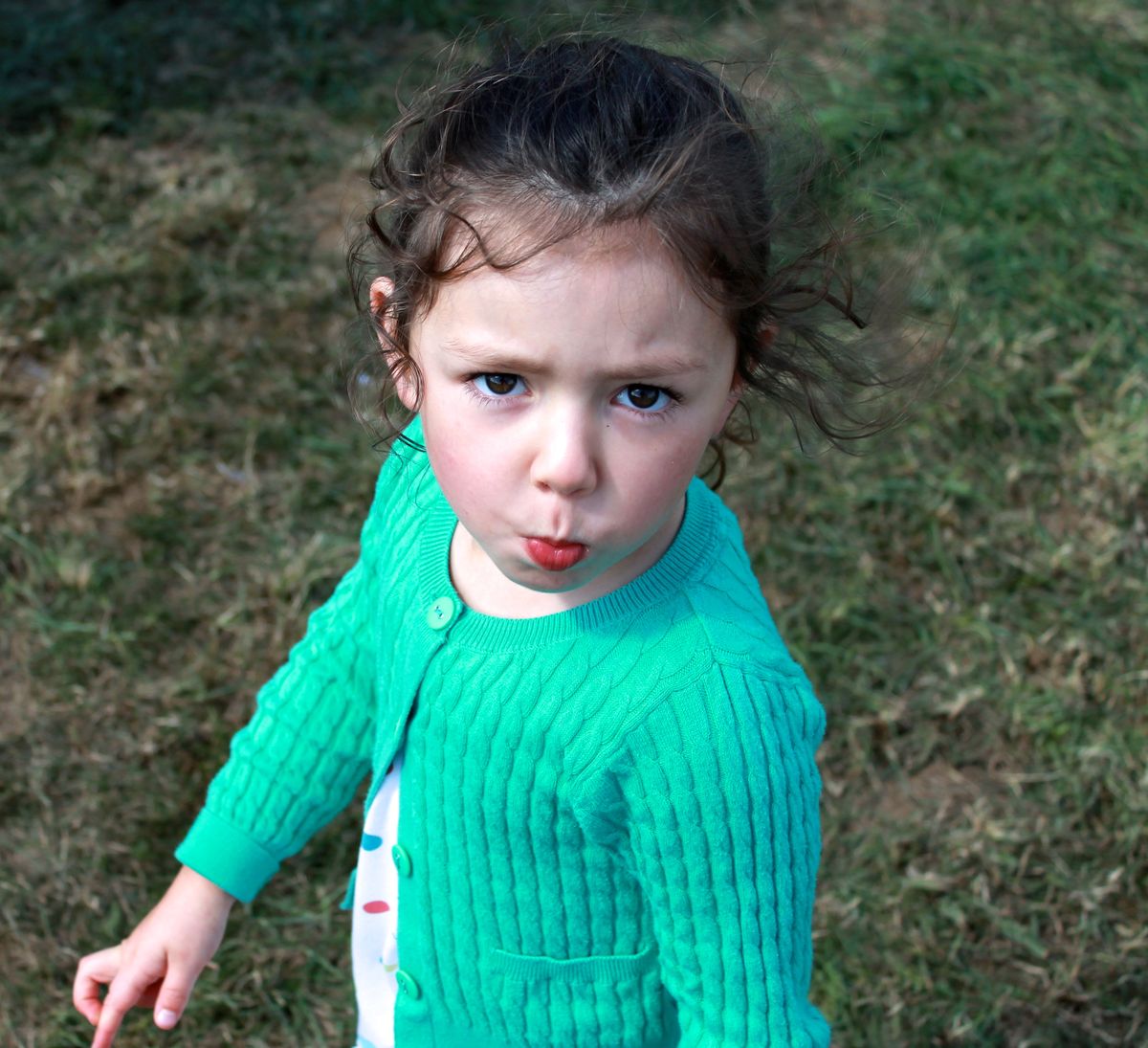 Then, unfortunately there has been an occasion (or two) when I’ve outdone myself.

And acted a whole lot less mature than our adorable 3 year old, H!!

I promise I’m a nice person really and quite a good mummy!

…..there have been times where she has not quite gotten her own way, or where I’ve had to say ‘no’ to a third in a row episode of Dora, or ‘no’ to an ice-cream, five minutes before bedtime, where she has then grumpily turned to me and said…

Now this gets to me.

It hurts my feelings and cuts deep into my heart.

And yes – I’m well aware that she is three and doesn’t mean it etc etc, but I’m afraid to say I’ve responded by saying…

Then turned to Little E and said

And an even worse mummy?

Am I going to turn my children into little monsters with no manners or respect because of this?

There’s just no reasoning with a three year old – which I must keep reminding myself is totally natural, the norm and meant to be.

I think the problem obviously lies with me and I just need to start acting my age!

I promise to try and do better!