I know, I know, Christmas is behind us now – but I thought I would just take a look back and share with you the items which went down a storm with my two little girls and what both my husband and I have decided are our best buy toys of 2014! 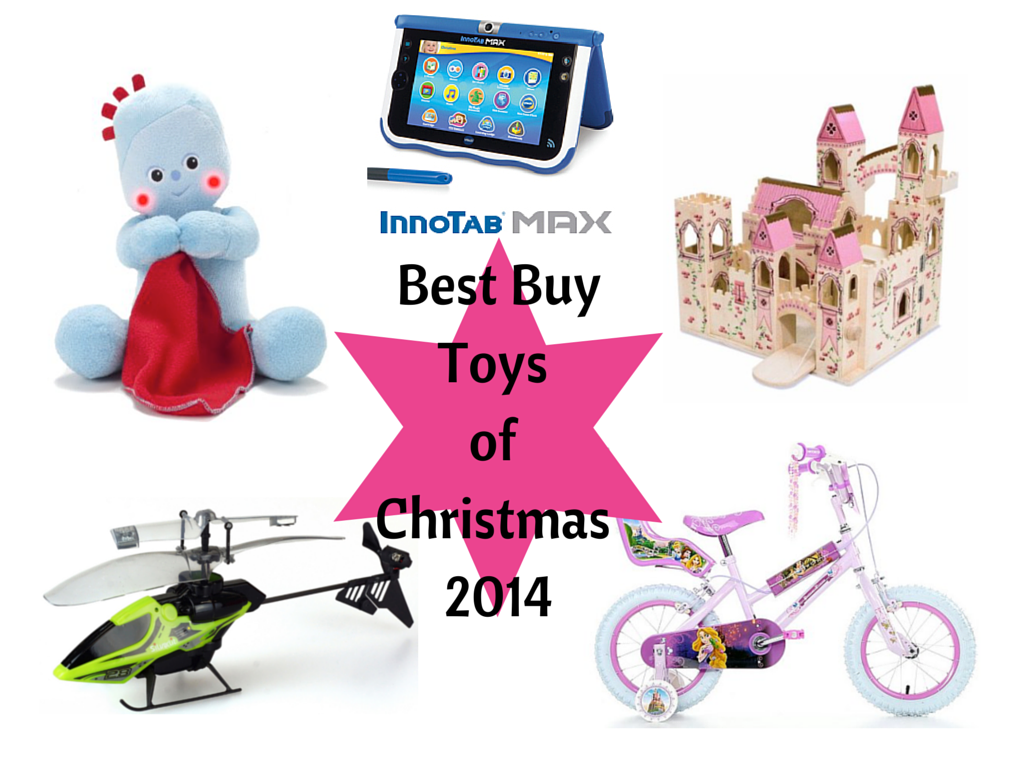 Some of the toys and presents were bought with full intention as they featured prominently on the Christmas wish lists, but others were bought on a little more of a whim!!  Some because I liked the look of them, some because I thought they were cute etc, but others because they had been heavily discounted in the pre-christmas sales!  Always rather a winner in my mind!!

So, whether intended or whim – they seemed to do the trick! Some of these we knew would be perfect but others turned out to be totally surprise hits!!!

Little eyes popped out on stalks as they carefully – wait a minute, who am I kidding!? – as they frantically and excitedly ripped open their presents, and caught first glimpses of what was hidden underneath!!!

So, just to be extra specially helpful I thought I’d share these little treasures with you too, because they may very well be worth keeping in mind for your own little ones next Christmas, or indeed any looming birthdays!!!! 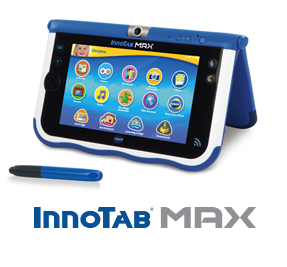 This was a present to both girls from their grandparents.  H chose to have a blue one and Little E recieved the pink one – just so we know who’s is whose.  So far so good, H is really enjoying having her own tablet to play with, though we’re still getting to grips with the downloading o the games/apps etc.  But, if one thing is for sure its that we’ve already  managed to gain back part-ownership of the iPad!!

Little E is almost too young to really be fussed by this yet – but time will tell.  Maybe I will report back in a few months and review it then. 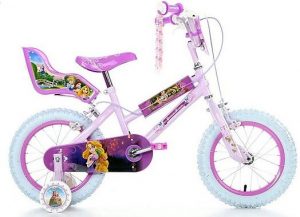 This is something which H has been asking for a long while now!  So she was ecstatic when we walked her through to a room where it was a little bit obvious that a bike was hiding beneath the big sheet alongside the Christmas tree!

When he actually saw it though, and realised it was a Disney Princess bike – in purple (her favourite colour!) she was even more pleased. 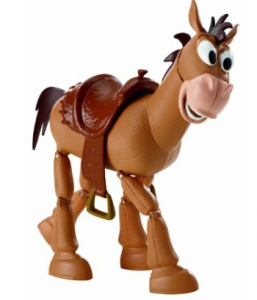 This was one of mummy’s ‘special purchases’ in a toy sale! I didn’t know it would go down quite so well as it has done, and rather thought it was a good stocking filler present, but since opening it, Bullseye has been almost everywhere with her!! 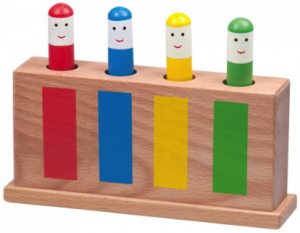 This was gift to Little E from her Grandparents.  And although very simple, it is a perfect toy for little hands to play with.  Little E just lves pushing down the figures and watching them as they spring back up and fly out of the wooden box!!

Another sale item!  This was extremely discounted so I thought it silly not to purchase it!  And Little E loves it.  She will sit there, with H too, and they will play with it together which is very sweet. 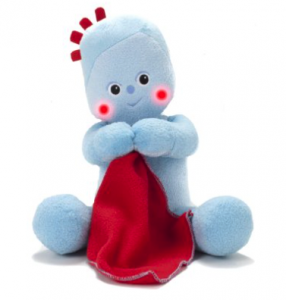 Again, this was bought because it was in a sale!  I knew Little E has developed rather a love of In The Night Garden (just as H did at her age), so I thought, why not. And Little E thinks its absolutely marvellous!  As I helped her undo the packaging and handed it to her, I pressed Iggle Piggles little hand, which is when his cheeks lit up, his head rocked from side to side and The Night Garden music started to play.  She was immediately mesmerised. and has been in love ever since!!  Aprat from his hard bottom, where the batteries must go, he is very soft indeed, so is now a favourite amongst the bedtime teddies! 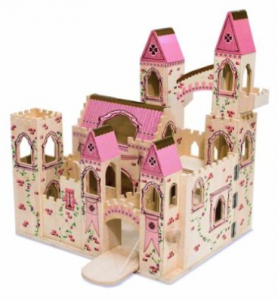 This was bought on a complete whim.  I was on my way to the cinema actually to meet a friend when I just happened upon this in a store.  It was the last one in stock and was discounted. So I had to have it! And the girls both loved it.  In actual fact, it was the favourite toy opened on Boxing Day, with both my girls and their cousins aged 9 and 7!! 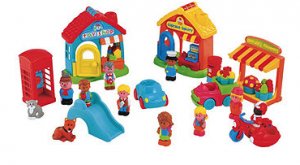 We are big Happyland fans in this house. We have many of their products and each and every time they never fail to delight.  Perfect for imaginations to run wild and interactive play with one another. 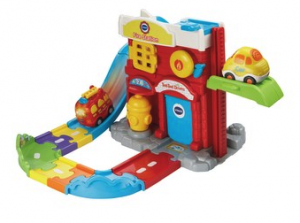 Along with this playstation, the girls got some extra track sets and additional vehicles to play with too, just so that they could put together a little road layout and each have cars and trucks to play with.

They actually use this alongside some of the Happyland sets so have now got rather a large village to play with now!! 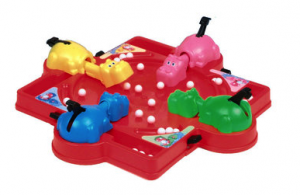 This was a winner!!!

A remote control helicopter from Debenhams!! 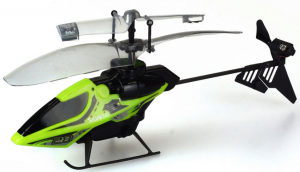 Yes – he’s a big kid!!  I bought this as a silly gift to him form the girls.  I thought it would be great to play with on Christmas Day, and thought the girls would think it rather fun.  Silly me though – I totally forget to buy batteries!!!

What were yours???  I’d love to hear from you for inspiration ready for this year!!