I’ve had a little bit of a blogging break recently, whislt my family and some great family friends of ours were away for a little holiday in the beautiful North Devon.

We knew we wanted to go somewhere to the West, but were reluctant to drive all the way to Cornwall with a little one in tow, so decided to opt for Devon instead. Once we’d decided to head there, we looked for the perfect place in which to base or stay.

After much trawling through the many online cottage companies, we came across Winscott Barton Barns, Bideford. A little less a cottage than we’d imagined we’d go for in that instead it was a pretty fabulous looking barn conversion. And once we’d booked (a while ago now) we didn’t think any more of it, other than just looking forward to our little trip away.

In the weeks before we went away, we were actually contacted by the cottage company to say that the holiday rental had been downgraded. To say we were a little disgruntled was an understatement, but before we could really investigate fully, we then received further notification to say they’d made a mistake and the property was still rated at their 5 star status as per when we’d booked it.

To be honest, we did keep wondering what we were going to find upon arriving, but no sooner had we pulled up the cars, and walked through into the property, were our fears quashed.

And we just knew it was going to be the perfect week to comfortably house our two families for the week. 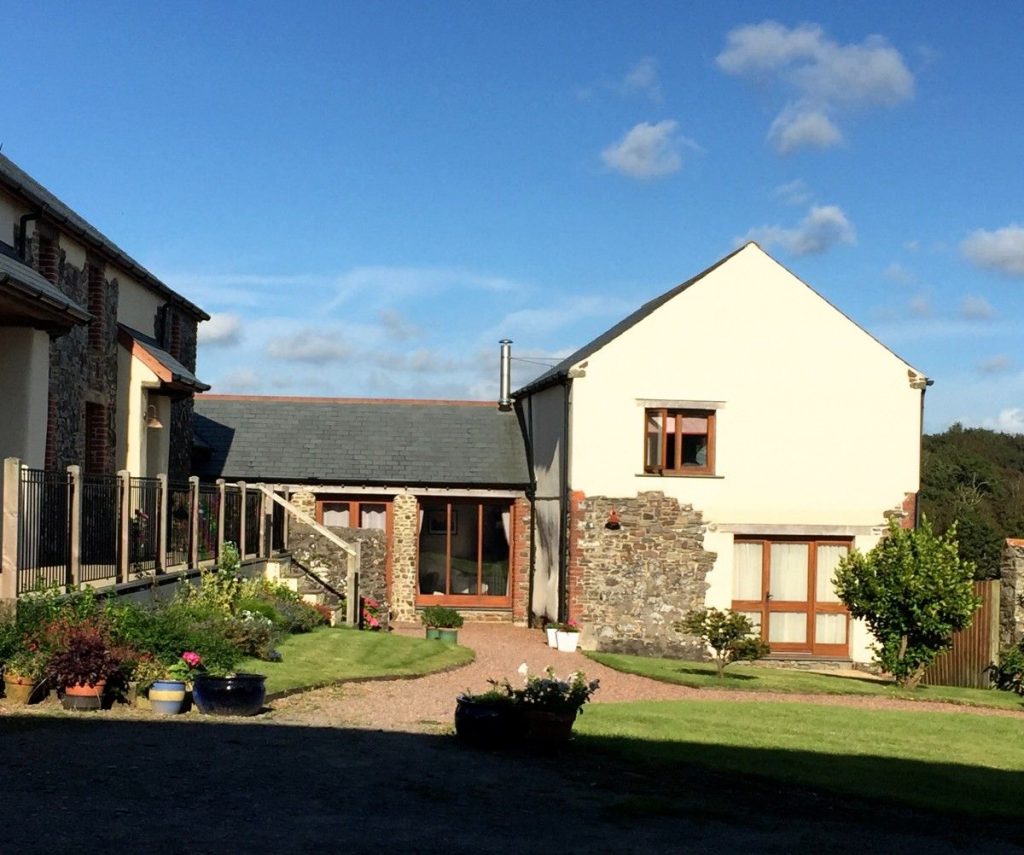 Our property, Glee Barn, was the largest of three conversions located pretty much in the middle of beautiful green fields full of sheep! 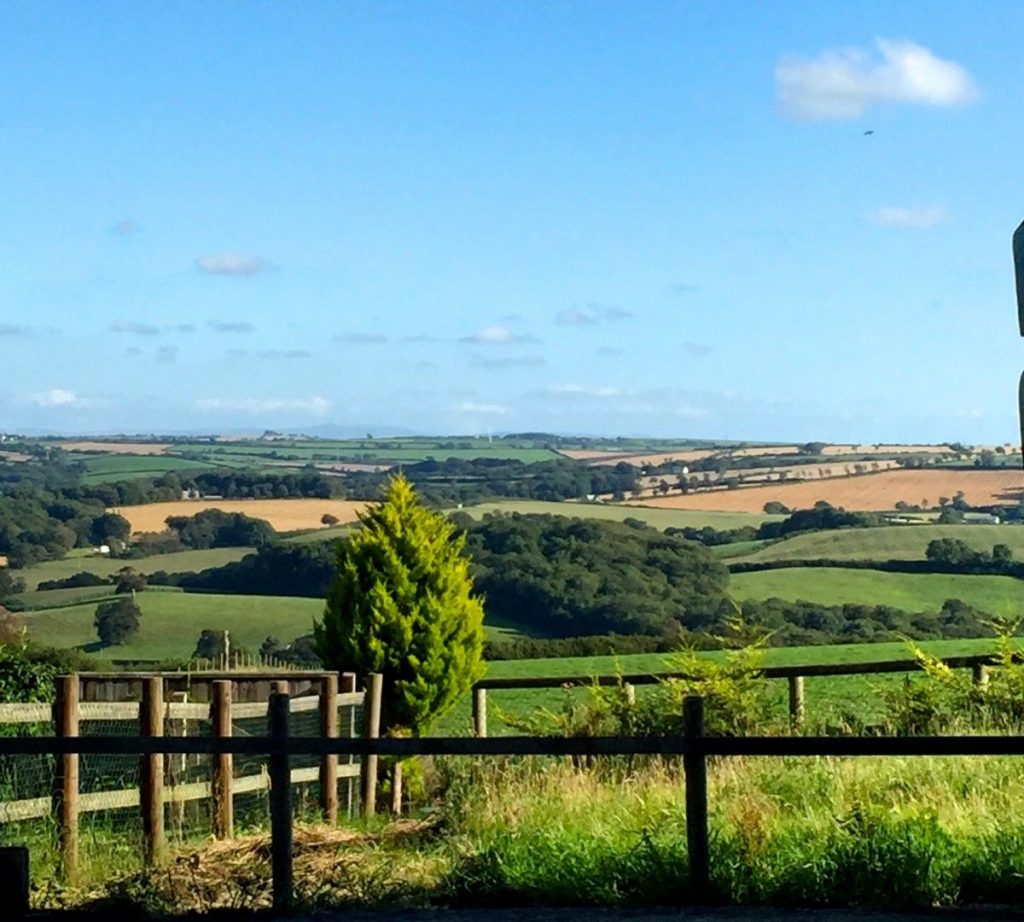 The silence was also as evident. Other than the bleating of sheep in the fields below, you could almost hear yourself breathe. And at night, it was fantastic to stand outside under a canopy of stars unspoilt by street lamps to listen at nothing more than the breeze in the trees and the hooting of owls in the distant copse. 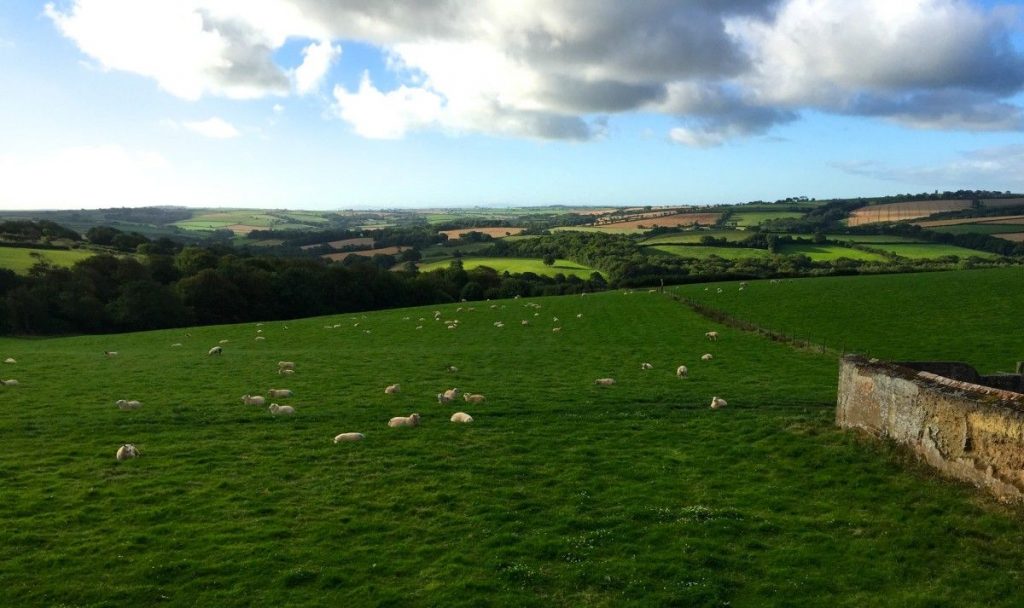 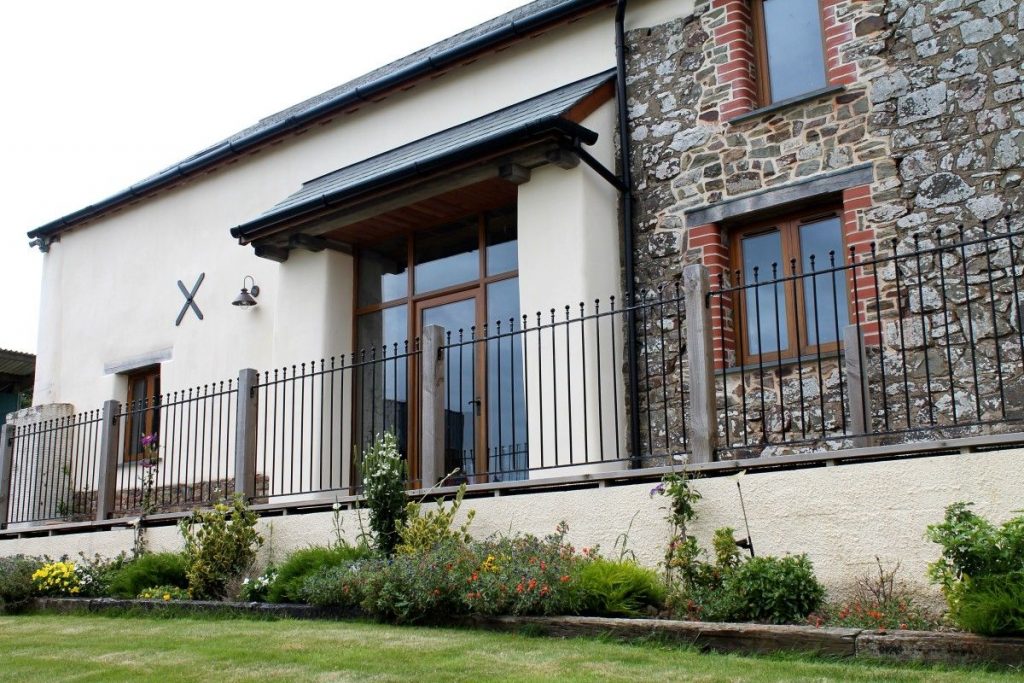 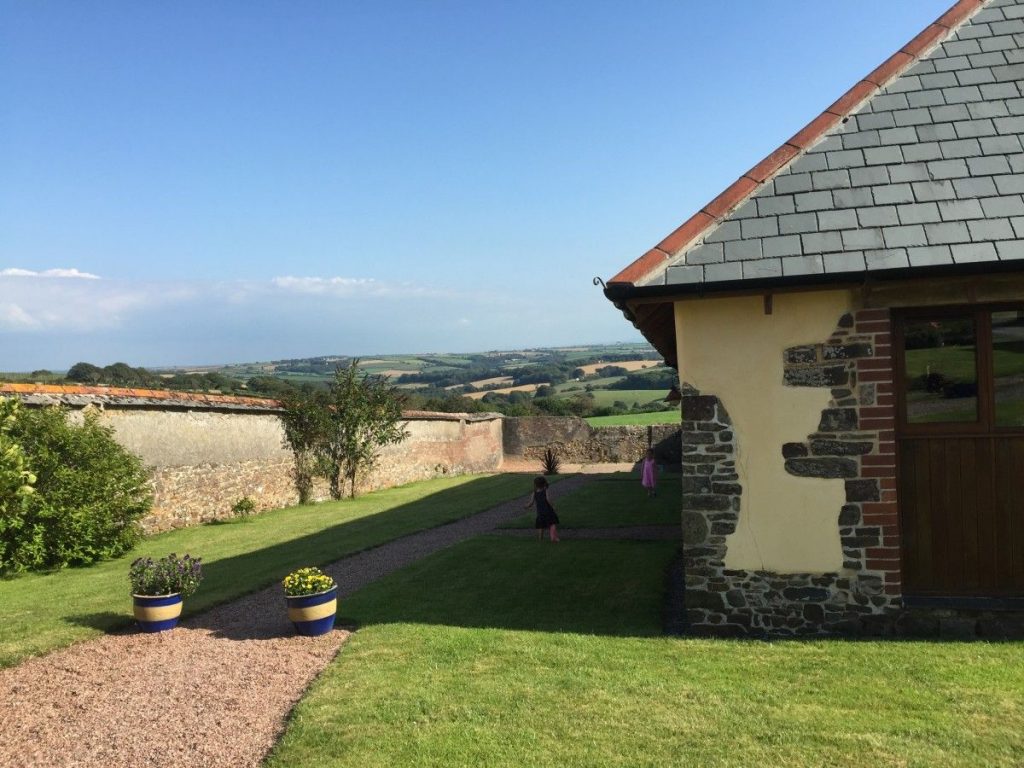 The cottage itself was stunning. Inside and out. It was perfectly equipped with everything a family could wish for. And it was in fabulous condition. You could tell that so much love and care had gone into the renovating of the barns.  The owners also showed us some pictures of the renovation process – it was amazing to see such a dramatic transformation!

For the first few days of the holiday, we were as lucky as could be, and the sun shone brightly down on us, allowing for playtime out in the private garden or messing about with the kids in the lovely little play park which the facilities all get the use of. 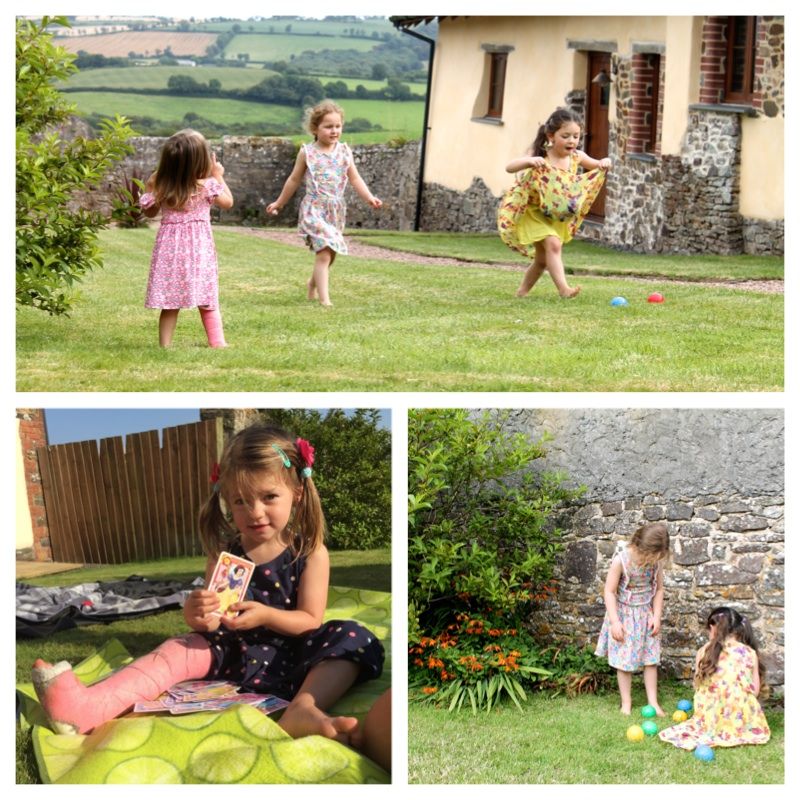 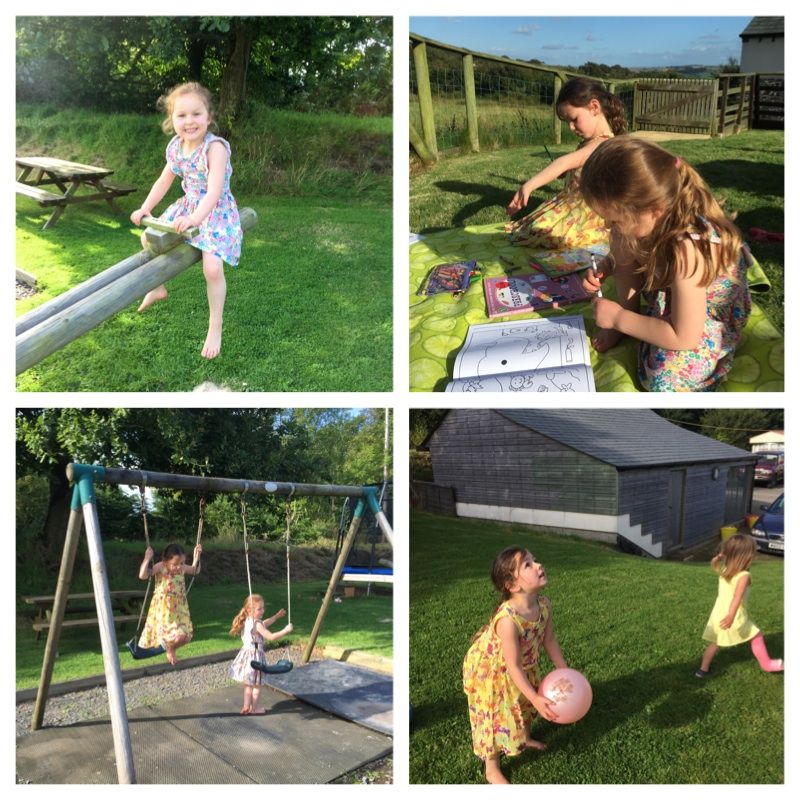 But other days we were slightly less fortunate. It was rainy, blustery and pretty darned miserable! But, as the clever parents that we are *cough, splutter!* we had preempted the good old British weather and had brought along a tonne of colouring and sticker books, pens, pencils, games and toys to entertain the little ones. 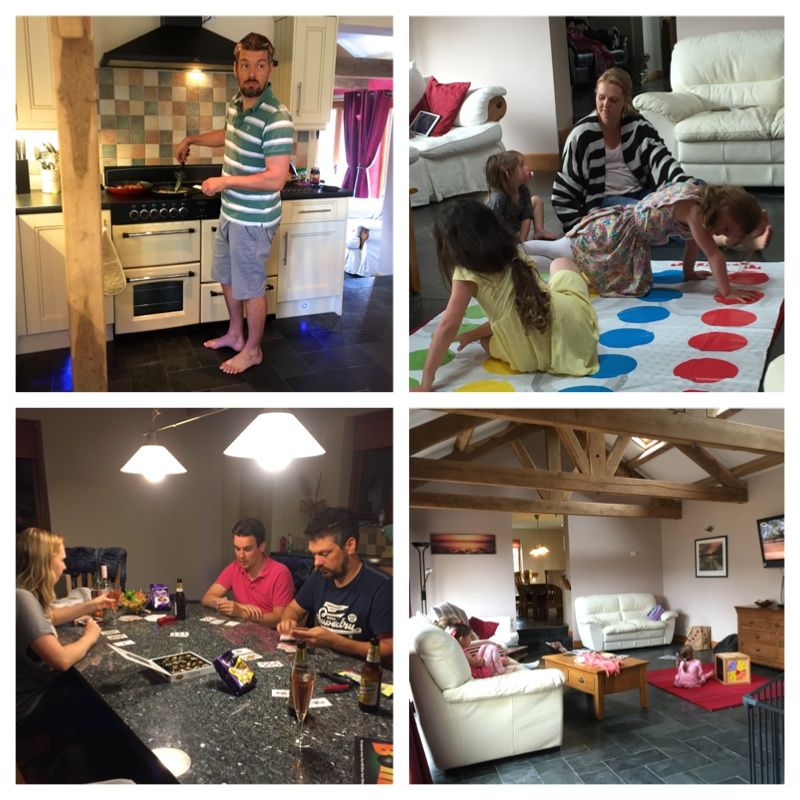 And for us adults, we had catered rather well too. But that was probably more bordering on the food and drink, with the odd game of cards!! You’ll be pleased to know we didn’t attempt the kiddy Twister!

Although we were so tired at the end of each evening, after having been out enjoying ourselves and entertaining children all day.

It was a beautiful location and we had the most perfect family week away.

With the other barns up for rental too, we are seriously considering a return trip, perhaps even with another couple of families in tow too!