A couple of weeks ago, I wrote about the pro’s and con’s of different bed solutions for kids.

And yes, you may have had your suspicions already, but the bunk bed won over!

And before we could even blink, it had arrived.

It was boxed in about ten really heavy big brown boxes which we had to lug up the stairs the other night. Poor Mikey with his bad back and me at less than 5ft tall. All I could hear in my head was Ross Geller shouting ‘Pivot’ (for all of you out there who know what I’m talking about!)

So that was fun!

So, do you want to see which bed we went for in the end after my recent post where I was weighing up the pro’s and con’s of each?

This is the one we went for….. 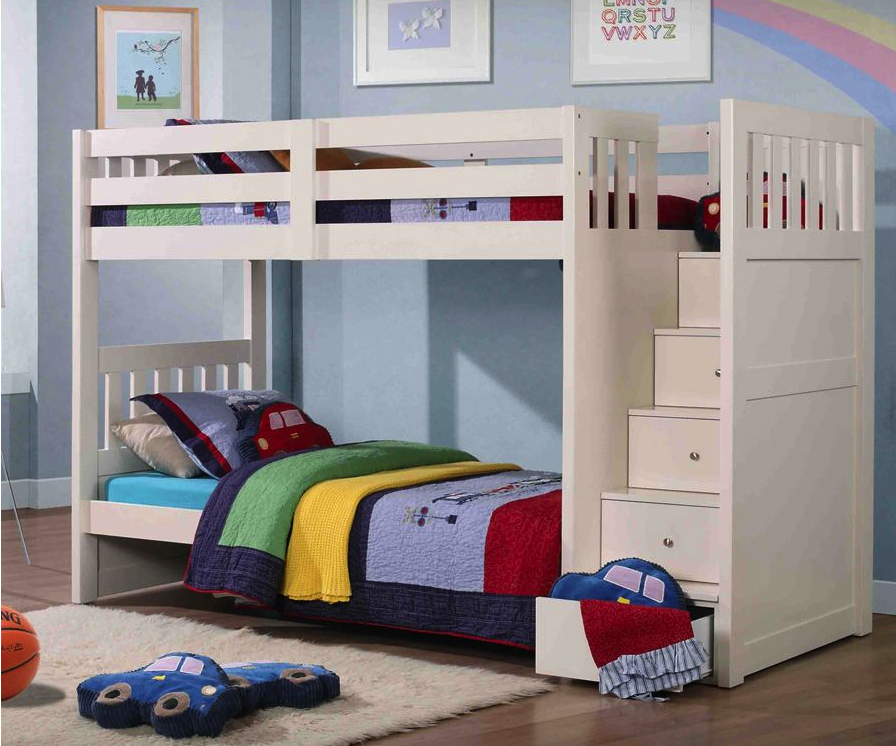 We paid a little bit more than we had previously thought, but only because I wanted the most sturdy types of steps/stairs that I could find, as I really can’t let Ella loose with a ladder. I’m sure you’ve all read before that we’ve had our fair share of broken legs and hospital stints this year already!

Although it was in so many boxes, with a little help from my parents, it was up within a morning on Saturday.

Ella did her best to help too whilst big sister Holly was out at dance class – as no sooner had Dad turned up with his tool bag, you’d almost have thought we were back at Fireworks Night, with the amout of ‘ooohs’ and ‘aaahhs’ coming from her and her inquisitive looking and beaming little face. 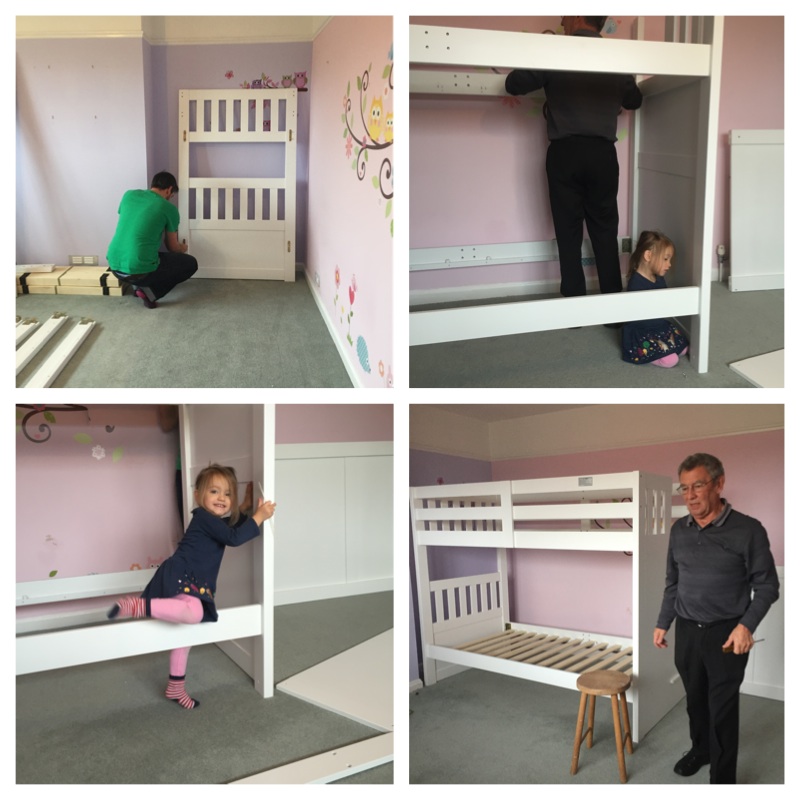 So, after we’d coaxed away the screwdriver and hammer from her tight little grasp, off she went with armed with a blunt mini spanner and a tape measure. She was a happy though.

Whilst we, I probably mean my Dad and Mikey, set about the task of putting together the mother of all flat packs!

Holly was delighted when I’d collected her from class. It was nearly up bar the steps and she was so excited to know that they would be sharing a room together that very night.

So there we go – it’s up and in place and the girls have not left their room the entire weekend! They are in love with it. 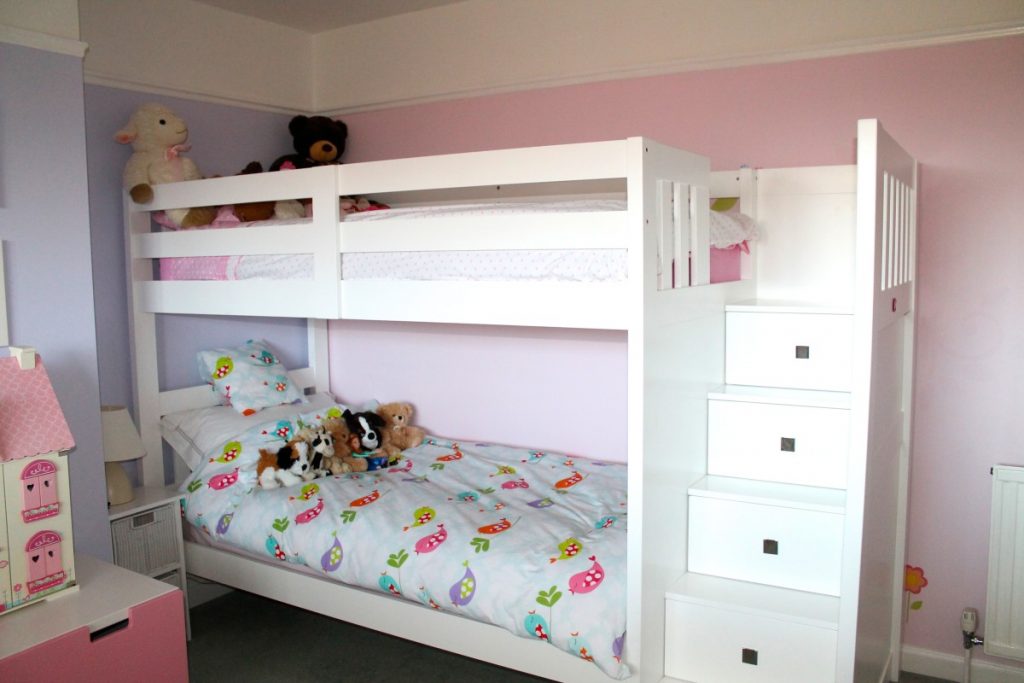 The room is not yet quite as I’d like it to be, as I really want to update it and decorate it, but for now, it is perfect.

It has brought the two girls even closer together than I could possibly have thought. Just as it was with my sister and I when we shared a room all those many years ago. 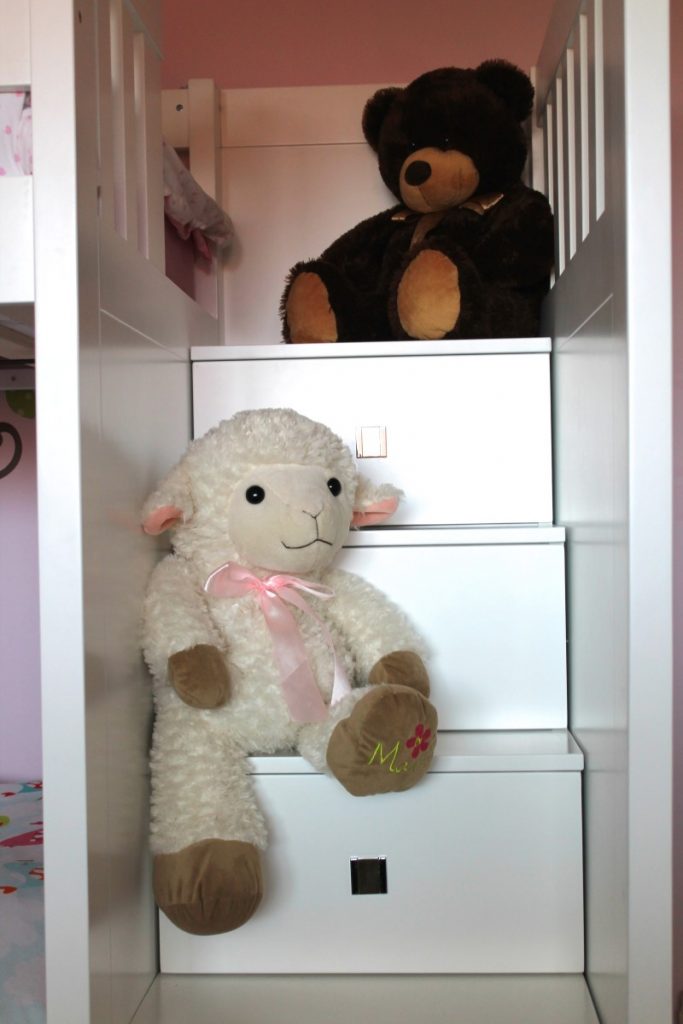 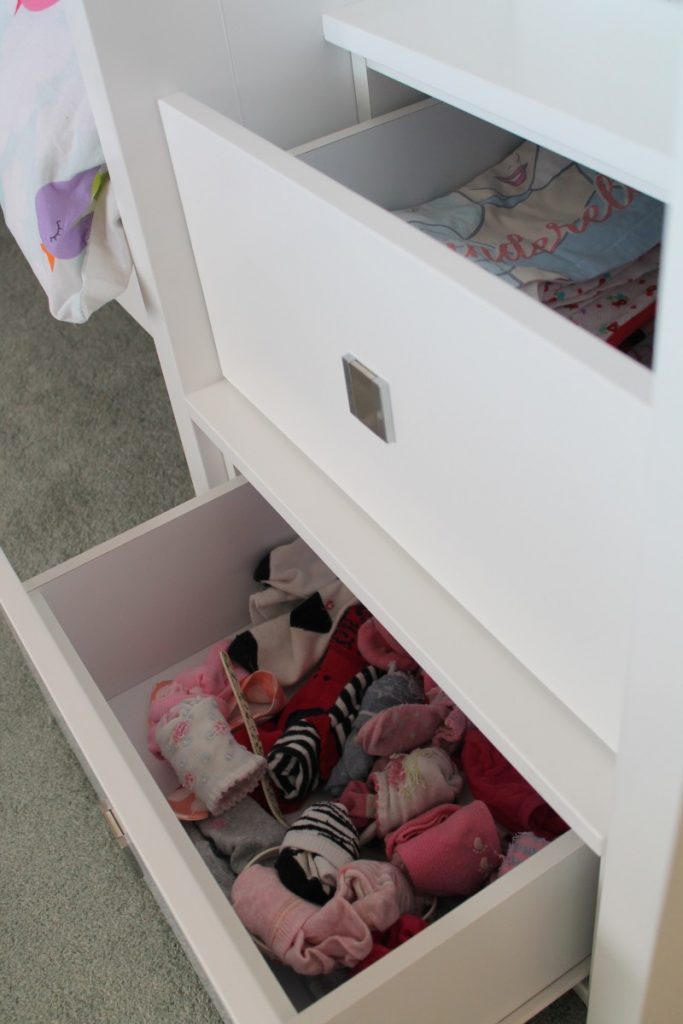 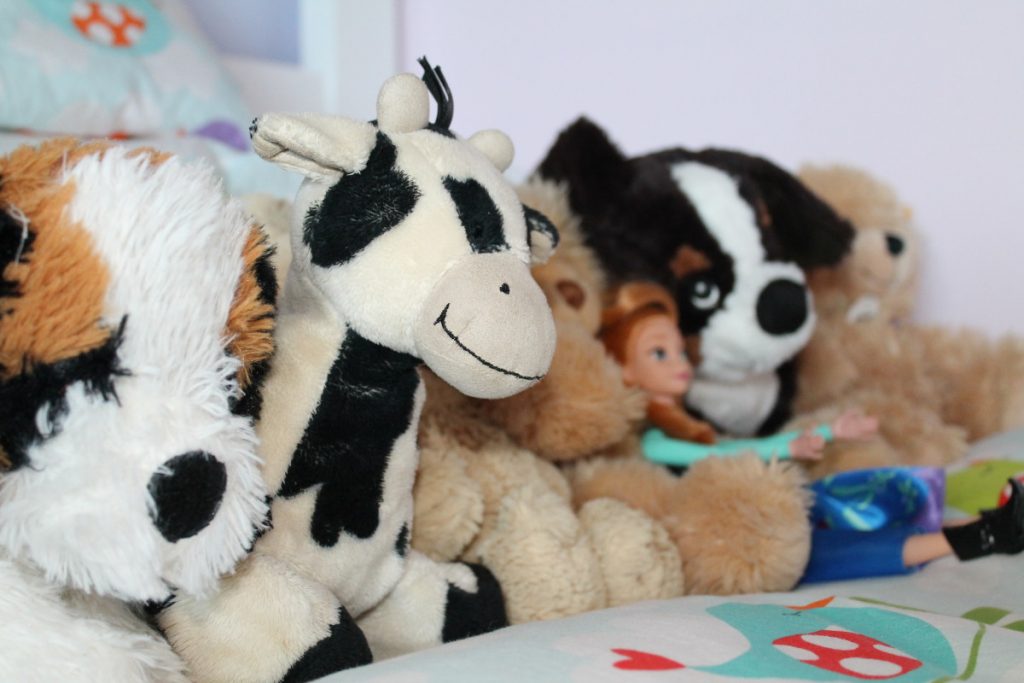 And on Sunday morning, when I was awoken at about 5am to a trickle of high pitched giggles coming from the room, I tip-toed silently in to find two little girls, in fits of laughter underneath Holly’s duvet cover on the top bunk, with Ella’s light up Iggle Piggle as a torch.

This was most definitely the right decision. A perfect room for two little girls.