Many of us seem to have an obsession with shunting objects of furniture against walls.

Granted, there are many times, like probably in our normal everyday homes, where this is perhaps the only option purely due to lack of floor space, just like it is in our very own living room.

I for one have always been stuck in the mindset that by pushing furniture to the sides it creates more space, which therefore makes the room look bigger.

And the silliest thing is that I absolutely know that one of the biggest interior design mistakes is by doing this exact thing!

The thing is, perhaps it is right for certain things – like if I wanted to do my fitness DVD *ahem* in my living room, I’d obviously need as much free space as possible for a complete ‘grapevine to the left’ and back again, or if I had an impromptu disco in the kitchen, we’d obviously need all the available space just so that we could throw our shapes on the makeshift dancefloor.

But joking aside, yes, in a great many of our modern day houses, unless you want to have your sofas touching, your nose up against the television you’re trying to watch, or practically be sat in the kitchen sink to eat your dinner, you need to have the furniture against some, if not all of the walls to live life comfortably and functionally.

Luckily, our kitchen is of a decent size though so recently, I’ve reprogrammed my brain and it’s become a slightly different story. 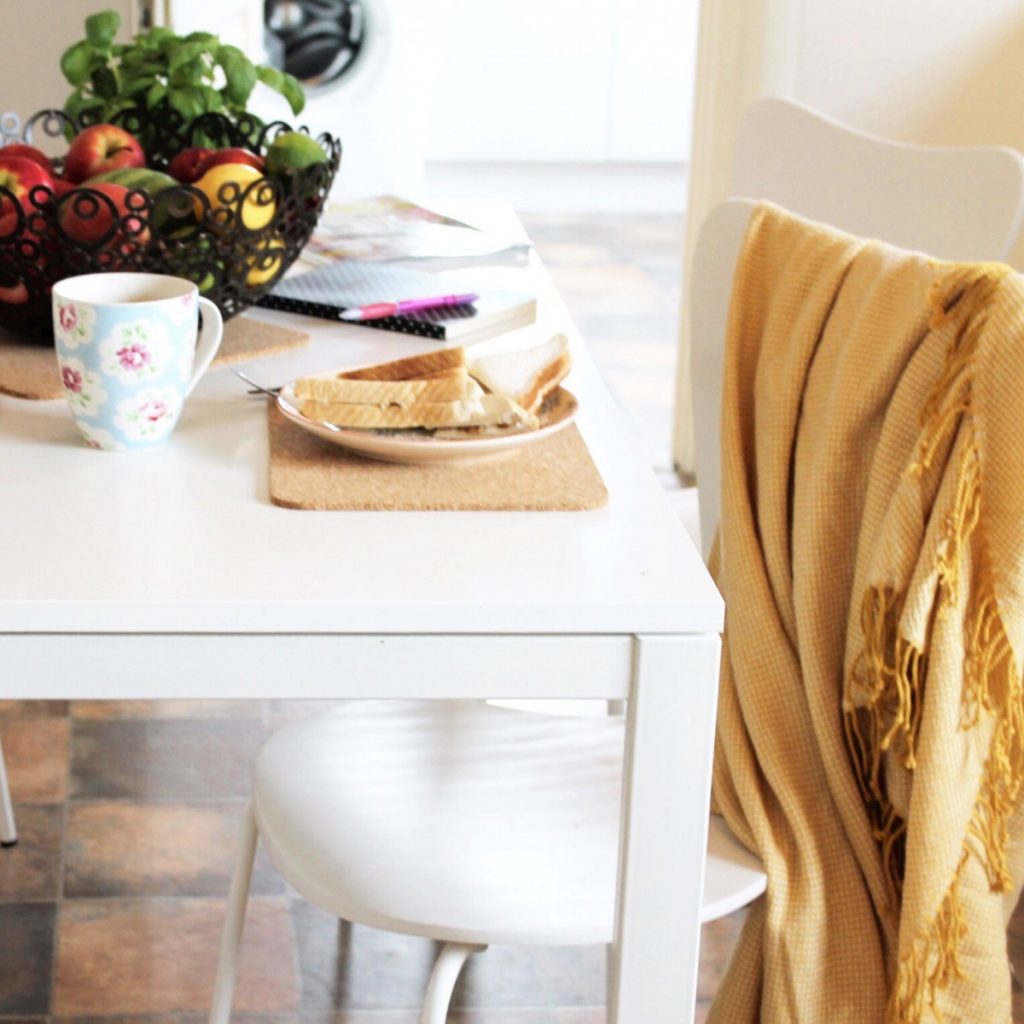 We have a little kitchen table in there, and as a rule, for the past few years since we went to Ikea and bought the plain white, easy clean table, we’ve rarely used it for the purpose it so deserves.

Instead of a fully functioning family kitchen table, it’s just been an extra surface, shoved up into a corner of the room so as to make space for all the hectic everyday rushing and running about and getting family things done.

It has though, served as an improvised office for whilst either my husband or I have worked from home, or as a bit of a blogging base for me, and obviously, you can’t have cables and leads left trailing about the place, so it’s kind of made sense for it to be up against a wall and out of the way.

So, as a result, it’s been a little neglected and disregarded.

It had turned into yet another dumping ground in the house, where any odds and ends would end up as they were the kind of things which didn’t really have a home of their own, so to speak. Probably the kind of things Michael Macintyre would put in his ‘man drawer’!

It’s where we threw, and then since lost, the daily post when it made its regular appearance through the letterbox.

It’s where the daily school and nursery paperwork was ‘filed’, haphazardly in amongst, ‘still to be written and posted’ birthday cards, small plastic sunglasses, old chocolate bar wrappers, stacks of magazines and discarded batteries.

But recently, whilst we’ve been trying (and failing sometimes!) in planning our new kitchen remodel, we’re desperately trying to visualise how the space could be used and maybe even try to see how it might look. It’s so hard to see things just off plan on paper, so a little shunting around of some furniture can really start to bring things to life and give you a really good idea of what might fit and what might not.

But, since moving our plain little table, out into the middle of the kitchen, after moving the computer to the new office upstairs (post in its way) and clearing away all the rubbish and general crap, it’s been granted a whole new lease of life.

The kitchen has dramatically changed from a room where we would just cook in and then grab our plates before disappearing off to eat somewhere else (yes I know, we’re not very good role models are we?), to that of a fully functioning and utilised room.

Since we changed it only a few weekends ago now, it’s already had us eating beautifully home made roast dinners together as a family, it’s a place where the girls have eaten and giggled over after-school supper with their friends, it’s been a place where we’ve discussed plans and drawings with builders and kitchen suppliers, where we’ve caught up with returning traveling grandparents over cups of tea and chocolate biscuits and it’s been a place where we can sit opposite our girls, and chat and converse as their parents and equals over a meal, rather than just serving them plates on their small wooden table and supervising them.

It’s been cared for rather than neglected and shoved aside, it’s been cleaned and de-cluttered on a daily basis and it’s been a home to vases of pretty flowers, and table centrepieces.

So, with just the simple movement of less than one meter, it’s just as if we have a whole new room in our house.

One which looks immediately more aesthetically pleasing to the eye, one that gives the illusion of space rather than detracting from it, but more than this it is a social space and a place to share with family and friends.

It’s made me far more impatient though, and is making me yearn for my new kitchen diner all the more, but in the interim, this will do us just fine.

So, if you have the room available, but have shoved things up against the walls, I urge you to change it up a bit. It’s a whole new world!

It really can become the hub of the family home, no matter what the size – as we are finally currently proving to ourselves, a little late admittedly, but we’re there now! 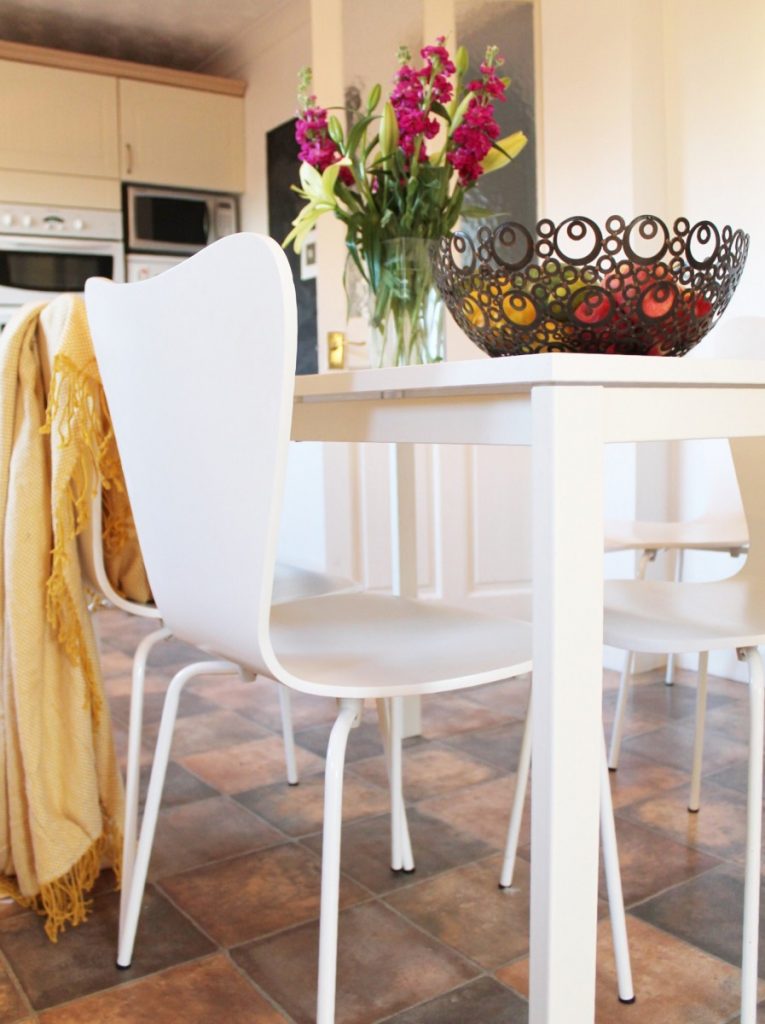 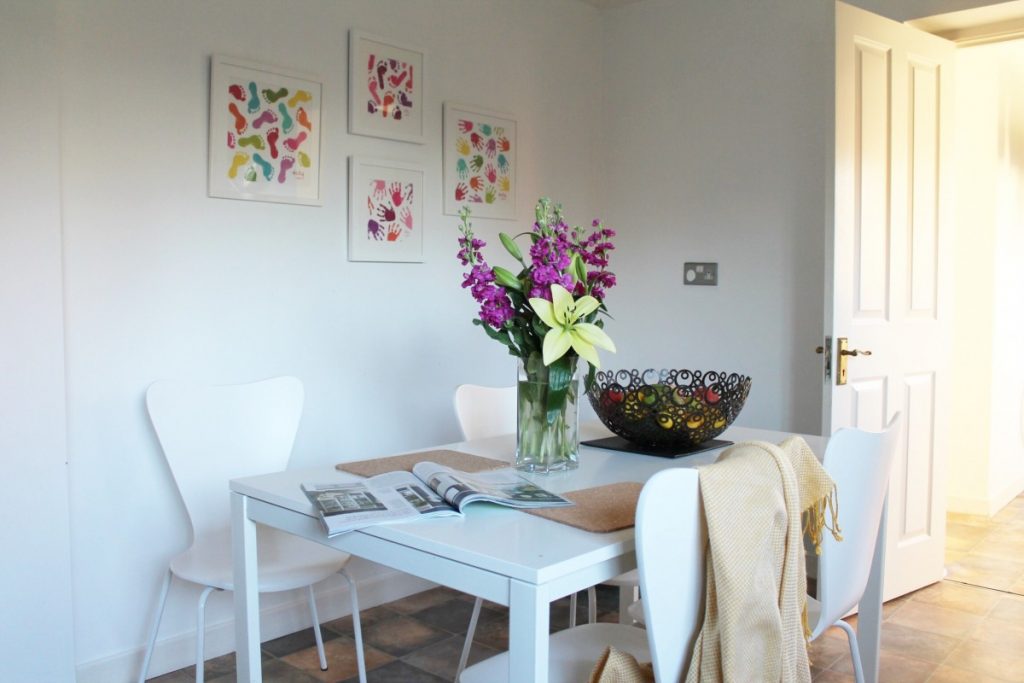 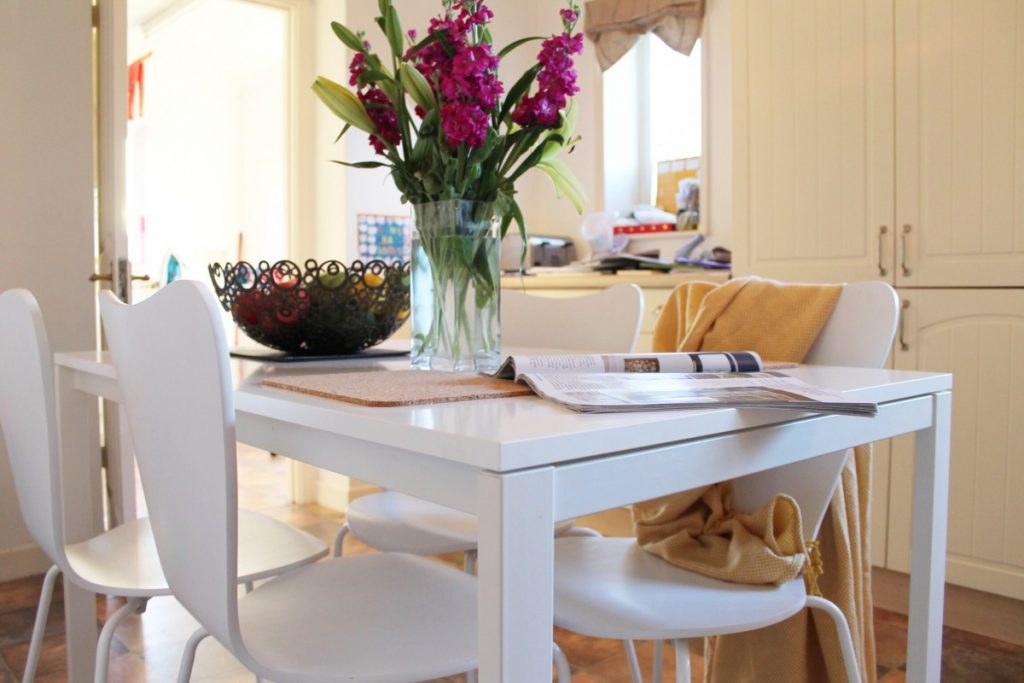 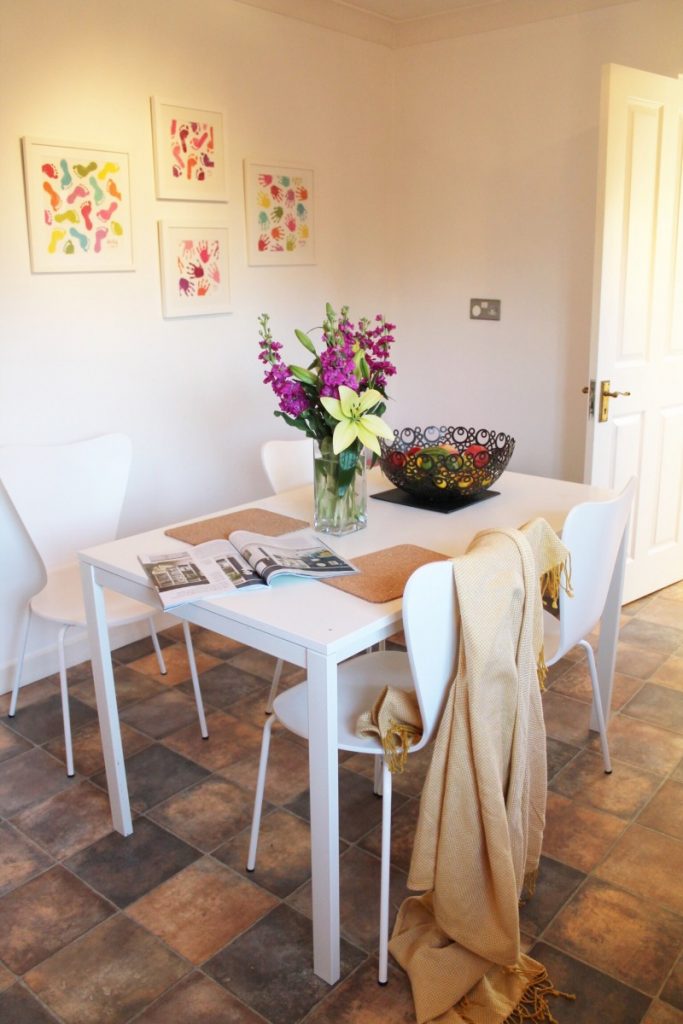 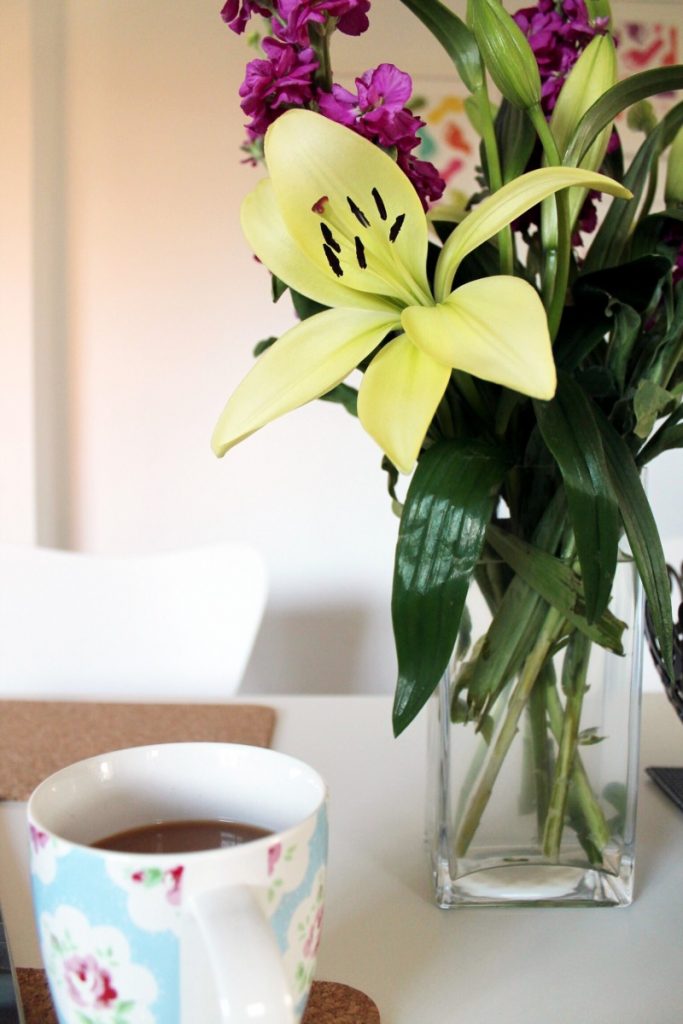 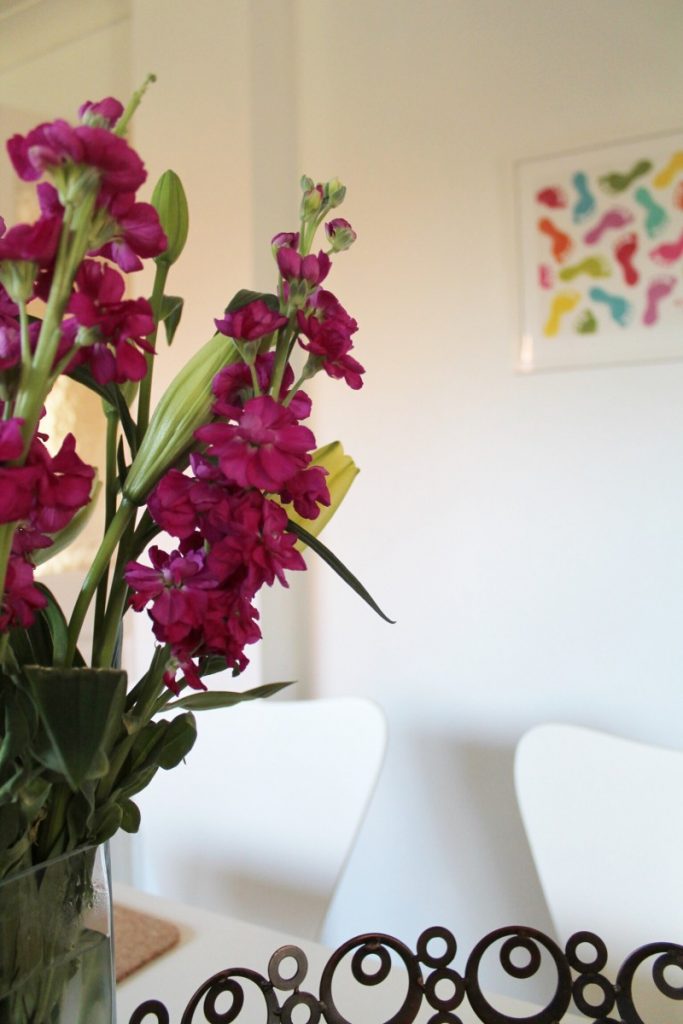 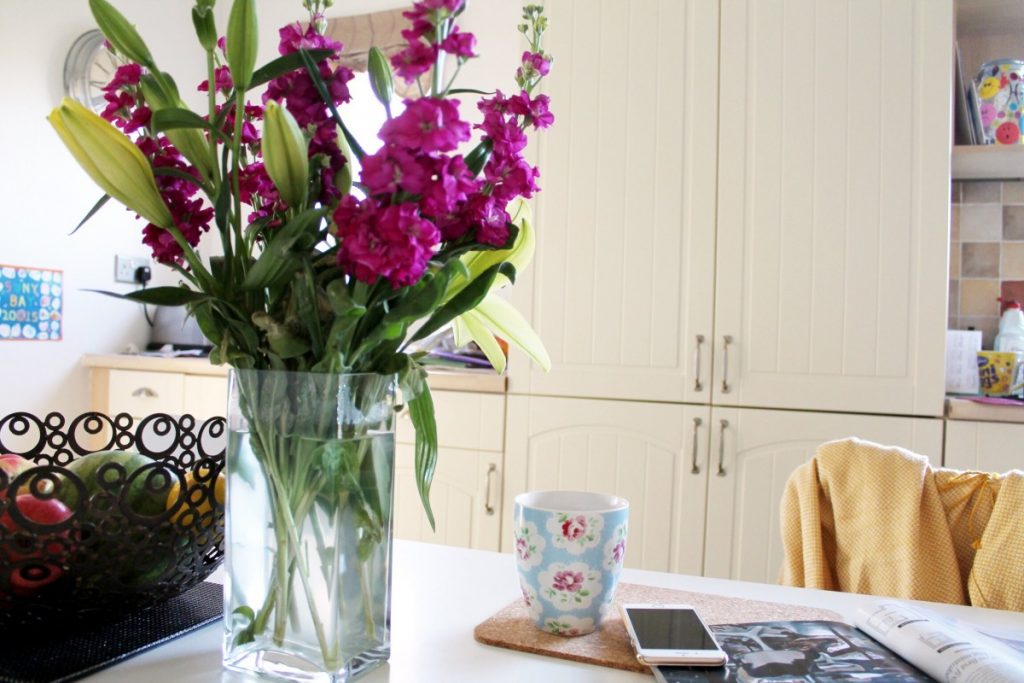 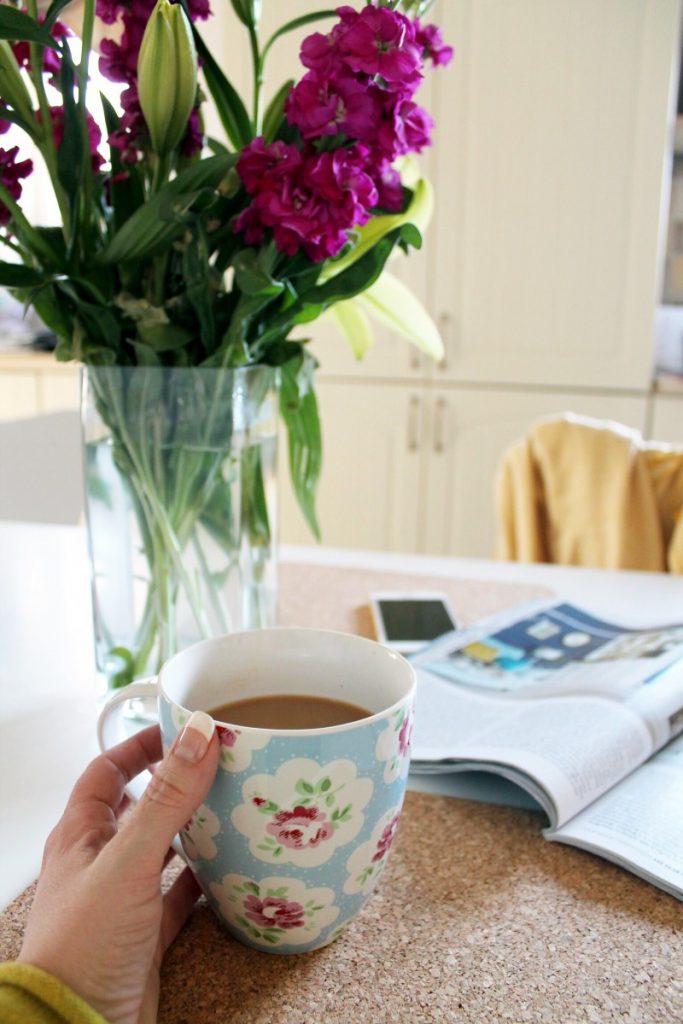 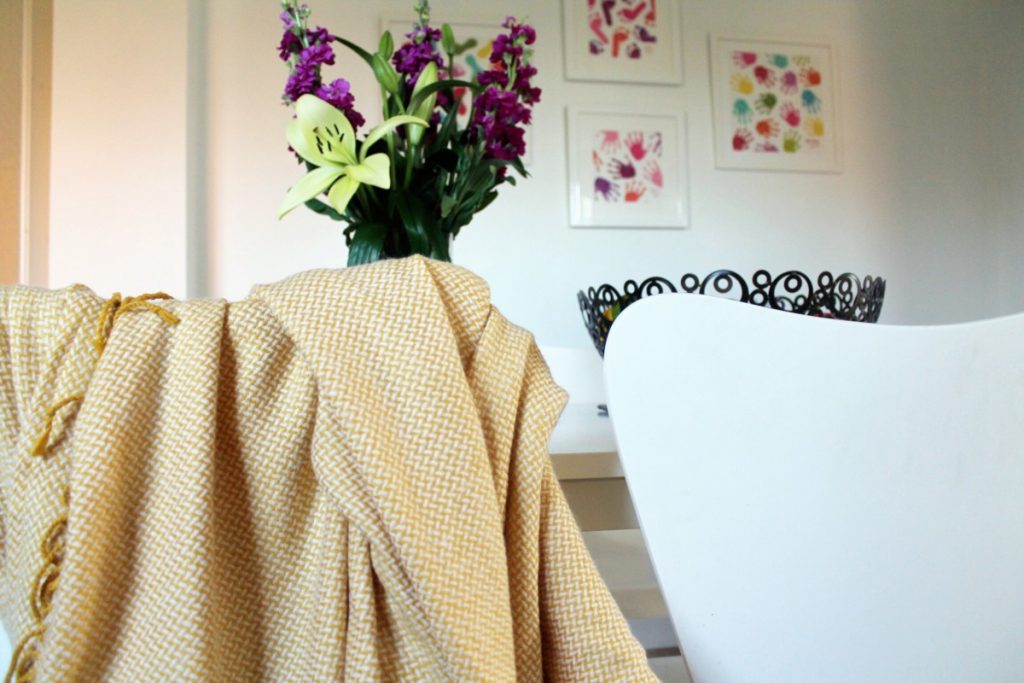