Obviously taken a couple of years ago now, this photograph to me, shows the sisterly love and bond that grew almost immediately as little Ella was introduced into the world.

When she met Ella for the first time in the hospital (read here), Holly was ‘wide-eyed’, wary and more than a little cautious of what was going on.

“why is mummy in this hospital bed?”,

“who is this new little person in mummy’s arms?”, and

“why isn’t mummy coming home with us again tonight?”

As I mentioned before – these times were difficult.

But, no sooner had we brought Ella out of hospital and into the securities and comforts of our home, where routine slowly kicked back in again, did Holly really begin to appreciate, interact and truly love her new little sister.

The bond grew quickly, almost overnight in fact, and the shy little girl who’d been so apprehensive back in the hospital only a week ago, was now the proud, protective and doting big sister that we knew she would become.

This picture was one of the first taken of the two of them interacting together, spontaneously. 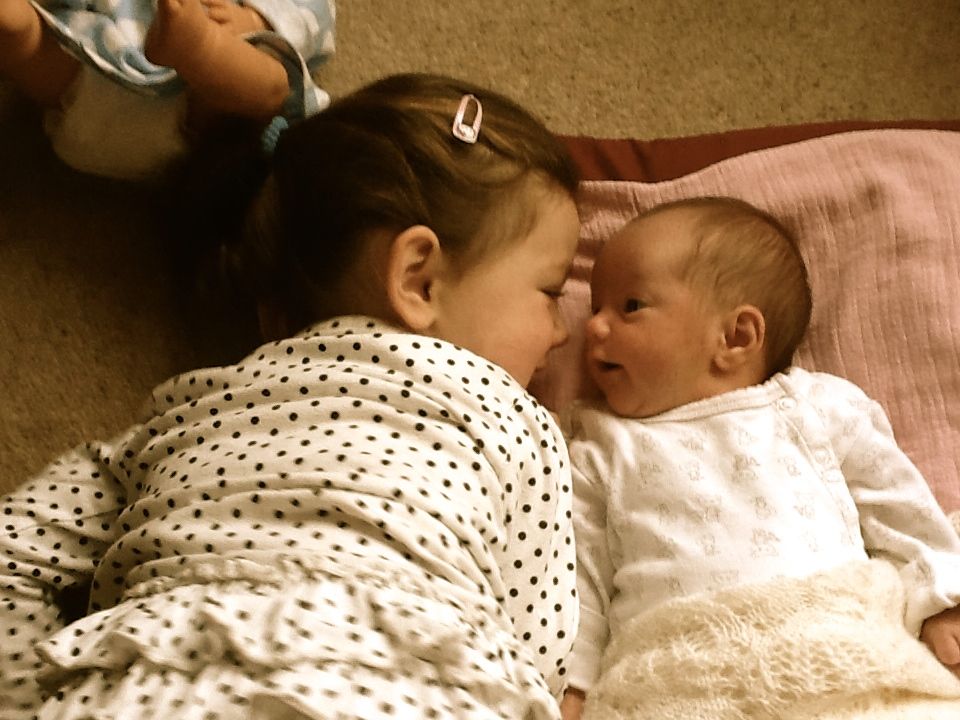 As Ella would lie on warm rugs and play mats on the floor, Holly would always snuggle up alongside her for a cuddle and just stare at her new sibling in pure fascination and wonderment, talking to her softly and giggling at any responses she would receive back.

As parents, this was it.

Our family was complete.