Today’s ‘My Captured Moment’ which I’m linking up with the fabulous Heledd at Running In Lavender was taken in the comfort of my little home.

And unfortunately it was taken on my phone and in rather poor light so it’s actually pretty fuzzy.

But hey – I’m not going with lighting perfection with this one, as it’s just a moment in time which I needed to look back on.

Just over a week ago, when I was still off work *sobbing right now*, I decided to make Ella a den.

So, at about 8 in the morning, just as her big sister Holly had been taken to pre-school, and with Ella crying as she wanted to go too, I thought I’d try a bit of a distraction technique.

I put together a clothing rail and a washing stand and then went rummaging in the airing cupboard fro some old duvet covers.

Then I collected up a few pillows, which, when I led these out over the shoe rack part of the clothes rail, made for a perfect little make shift bed for a small two year old! I gave her another pillow, gathered up her blanket and favourite teddy, and as the pice de resistance, I added an iPad as a wall mounted TV!!

She was so excited to get in and play.  Once she was inside she asked for books – her favourite things – and we sat in there for quite a while and just read stories together.

Since then, I’ve been absolutely dying to take the monstrosity down, which is taking up most of our upstairs landing, but both girls have made it their own, moved ALL their teddies and dolls in, and spent the majority of time in when inside the house.

They watch the TV, they read to one another, they play make-believe and then argue a bit too – but they absolutely love it.

So for the time being, our den is a bit of a permanent fixture in the Midlife Mummy household! 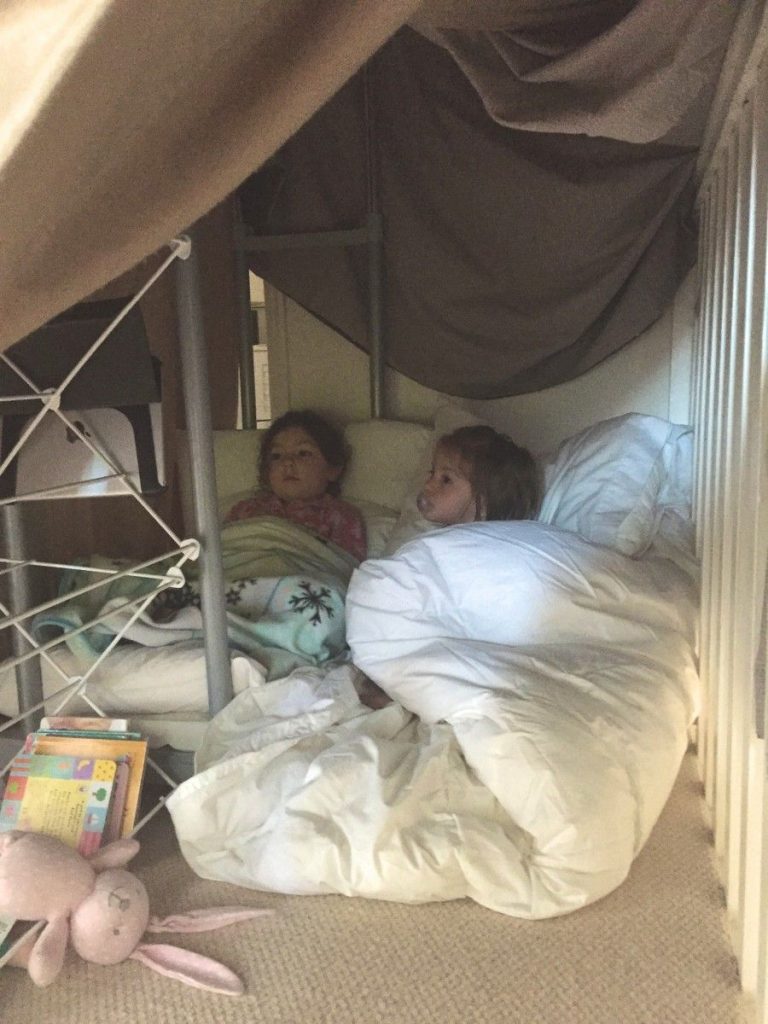