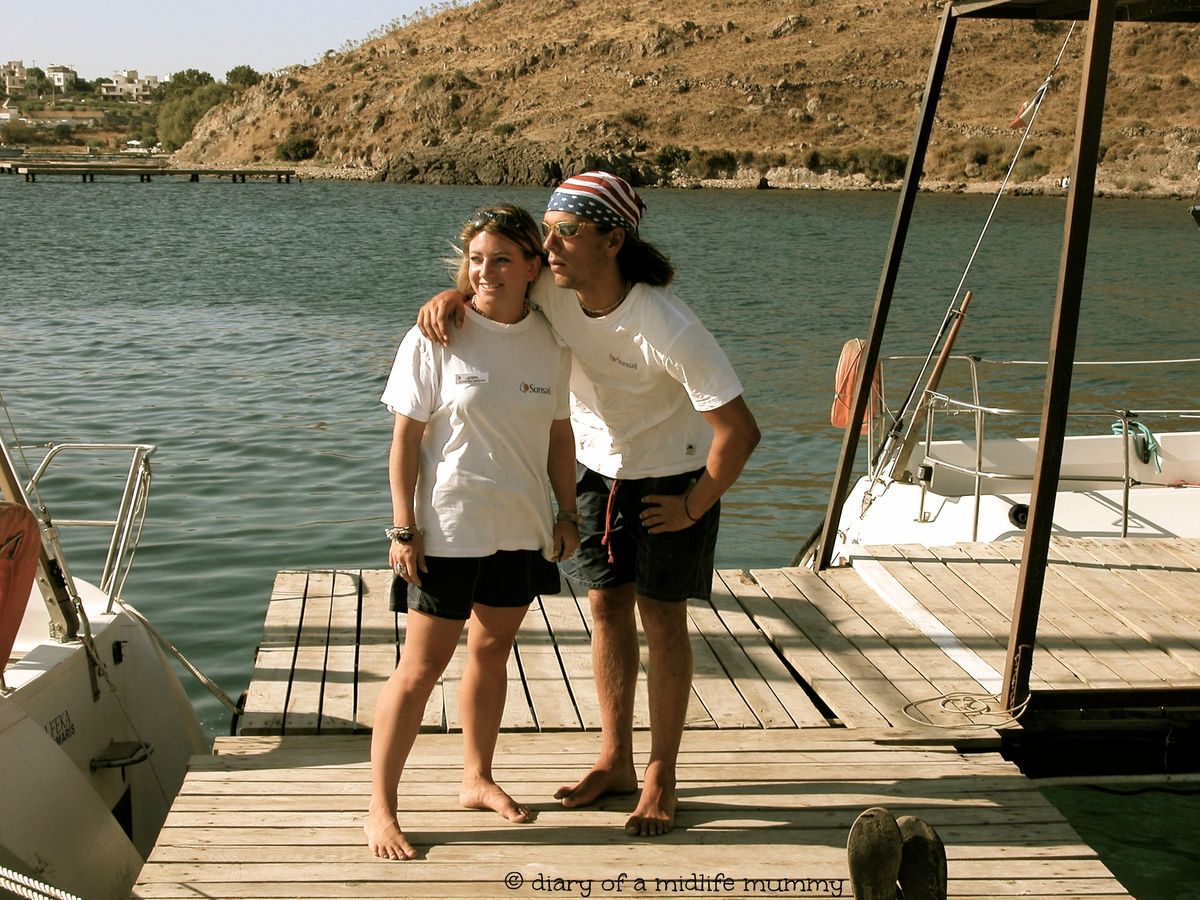 Gosh – where on earth do I possibly start.

Perhaps at the beginning…

…if I can remember that far back!

It was 2002, i’d just been made redundant (for the first time in my life), and also just come out of a relationship which needed some sort of further closure, so I decided….

What I need is a total change of scenery!

For a while I’d thought of the possibility of heading abroad to work a summer season, so with the redundancy as a bit of a kick up the proverbial backside, I sent off application forms for, what were then, the main players in the beach and water sports holiday resorts.

I know what you’re thinking – she was going out to do ‘repping’ for a Club 18-30 type holiday to have a ‘good time’, but no, I only applied for the more reputable (and quite bloody expensive I might add), sailing and water sports resorts. Note: not that I think there’s anything wrong with Club 18-30!

A few weeks after my interviews I was offered positions at a couple of different companies – and the only reason I chose to opt for Sunsail, was because I’d heard back from them first!! 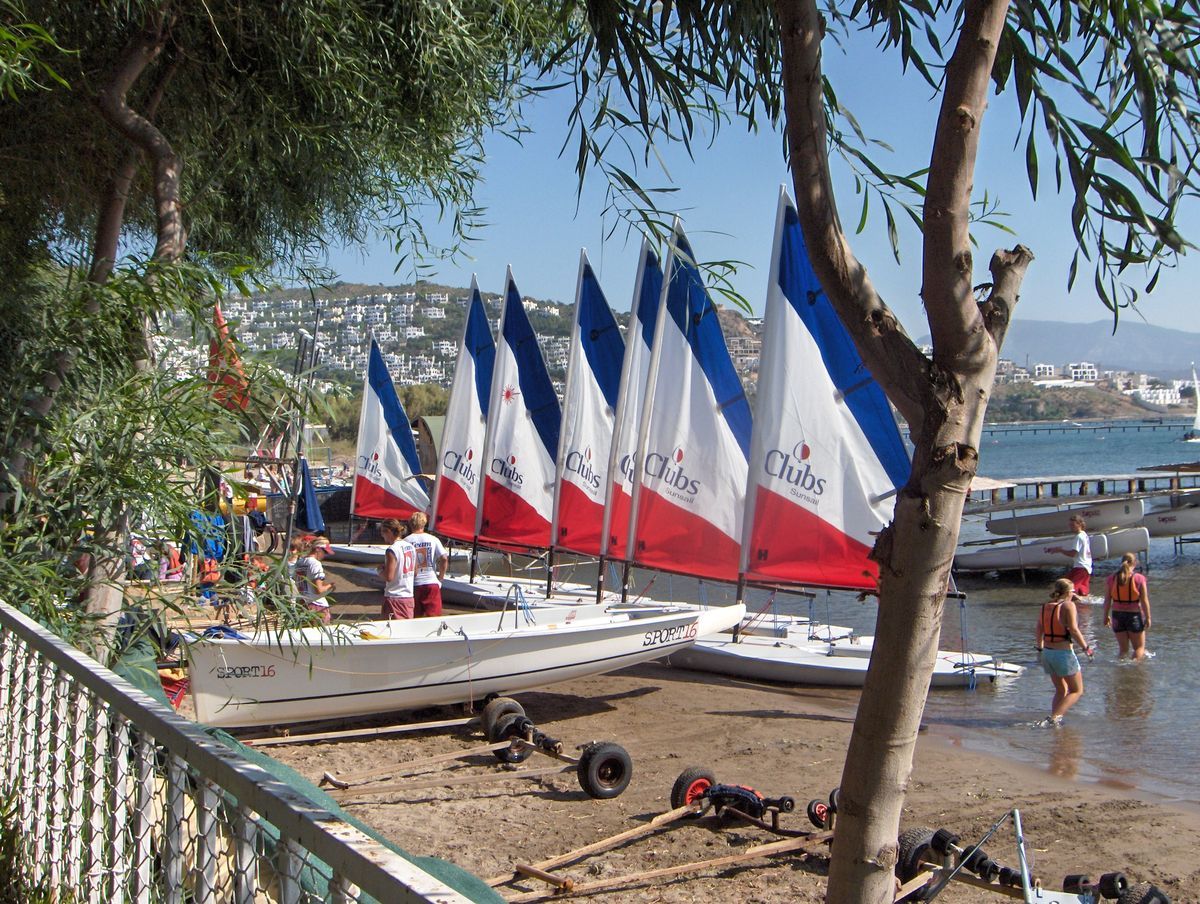 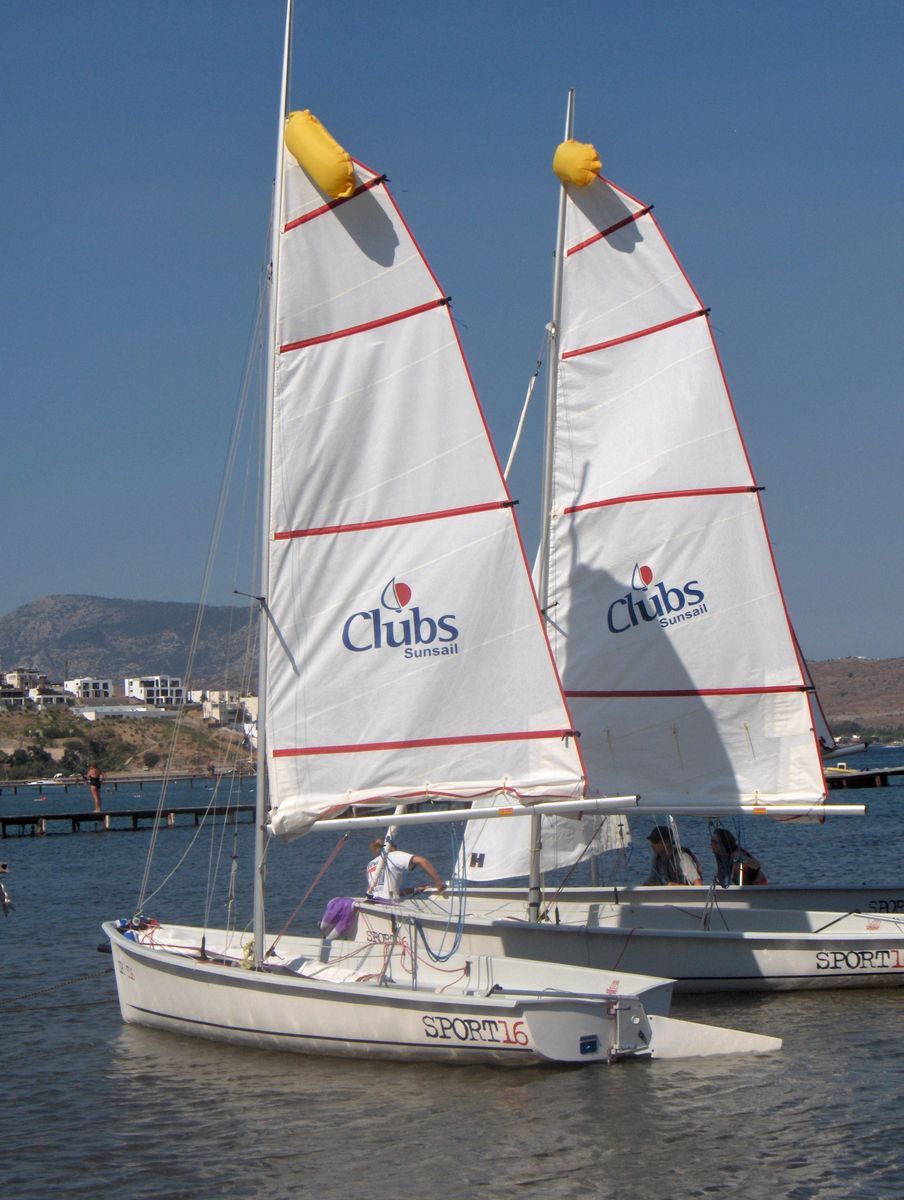 So, a couple of months later, and after many a teary farewell to my beloved friends and family, I was driven to the airport by my sister and best friend so they could ‘see me off’ in style.

I’ll always remember the song they played for me on the journey, ‘Leaving on a jet plane’ by John Denver – how very appropriate it was too.

I was so unbelievably nervous it was silly!  I’d never gone anywhere on my own before really, and had always been a bit on the shy side, so when I originally told my family what I was planning they were all in total shock, though they backed me all the way as it was something I really wanted to do.

Although I think through gritted teeth to a certain extent as I was ‘getting off’ the employment ladder’ so to speak.

My friends reminisce to this day as to the moment I said goodbye to them, whilst sitting in a bar in Gatwick airport which had been selected as the rendezvous point. They tell me how proud they were of me (almost like parents!!?!) when they watched as I walked away to introduce myself to those who would turn out to be my new friends for the next 6 months or so.

So I got on the plane nervously and flew out to Kefalonia, Greece, which was to be my new home on my first summer season abroad.  I was lucky to be travelling out with a group of other girls who were going to be working as nannies, and fellow receptionists so at least I had already made a few friends!

‘Home’ was at a little place called Terra Mare, located on the western peninsula of Kefalonia, with Lixouri as its neaest town.

It was beautiful.  So natural in an area where tourism hadn’t seemed to have affected it too much. Just typically Greek, with friendly locals and very few tourists roaming around.

The coastline of kephalonia is stunning. And with the dolphins swimming in the bay, it was truly magical as my first working experience abroad.

Unfortuanately the base no longer belongs to Sunsail but while it was there we loved it!!

Although with any type of ‘work’ it did still have it’s good and bad days! Though admittedly, the warm climate and long sunny days often outweighed the negatives!

I started my seasons working as a receptionist as I pretty much had no idea what a boat looked like probably, let alone how to sail one!!.

Though over the subsequent four years, this changed as I gained RYA qualifications, powerboat handling and yacht ‘parking'(!!) along the way in order to take guests out on to the water.

A couple of months into my first season, my room mate told me how a friend of hers was due to come out and work for the remainder of the season, and how she really thought we would make a perfect match!  I think I  just laughed and forgot about her words.

But, lo and behold, a couple of months later, I’m dating a new boyfriend named Mikey, with long (ish) surfer style hair and a tan!

He was working as a water sports assistant down on the beach, so I would often try to find reasons why I had to take messages or accompany lost guests down to the shoreline at every opportunity!! 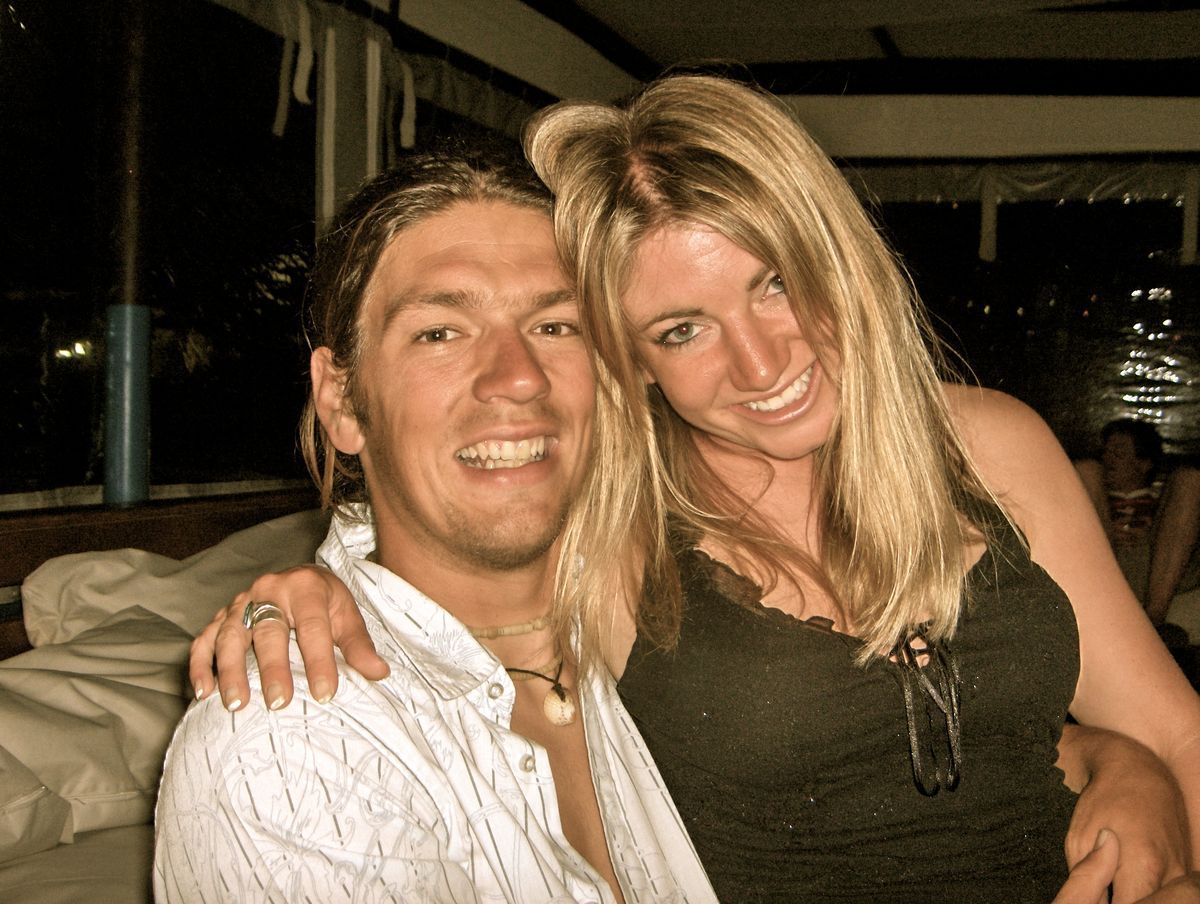 We stayed together for the rest of the season and loved every minute of it. I was having the best time of my life.

And I’ve always maintained we were ‘meant to be’.

I mean, of all the people I could have met and fallen in love with, I meet the one who lives in a little village just outside of my home town back in England!!

Only 10 miles away along some country roads!!

Back in our home towns, we saw each other practically every day, introduced one another to our parents and groups of friends and arranged to go on the next season together as a couple! Serious stuff!

This time we chose a club named Javelin, which was based on Camel Beach on the Bodrum peninsular of Turkey. This it turned out would be our summer home for the subsequent 3 years. 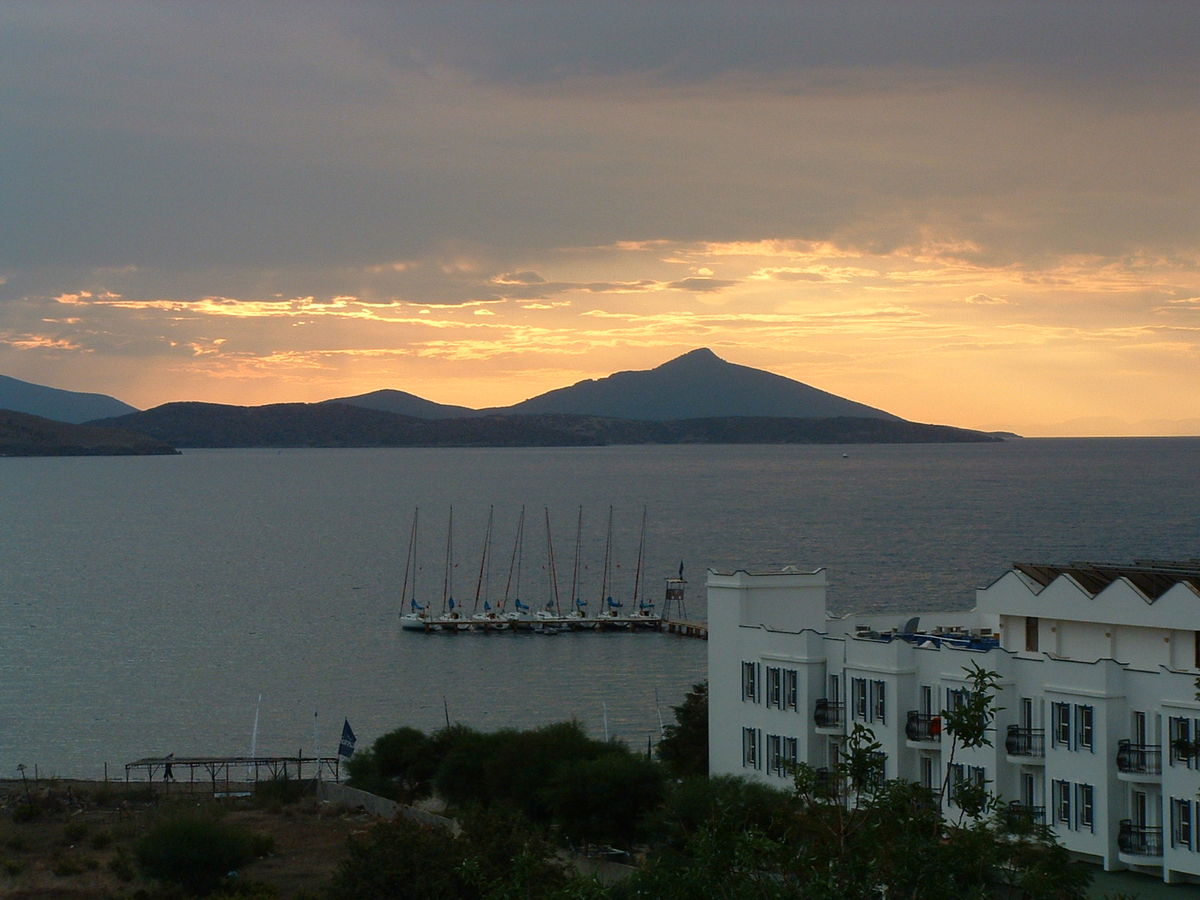 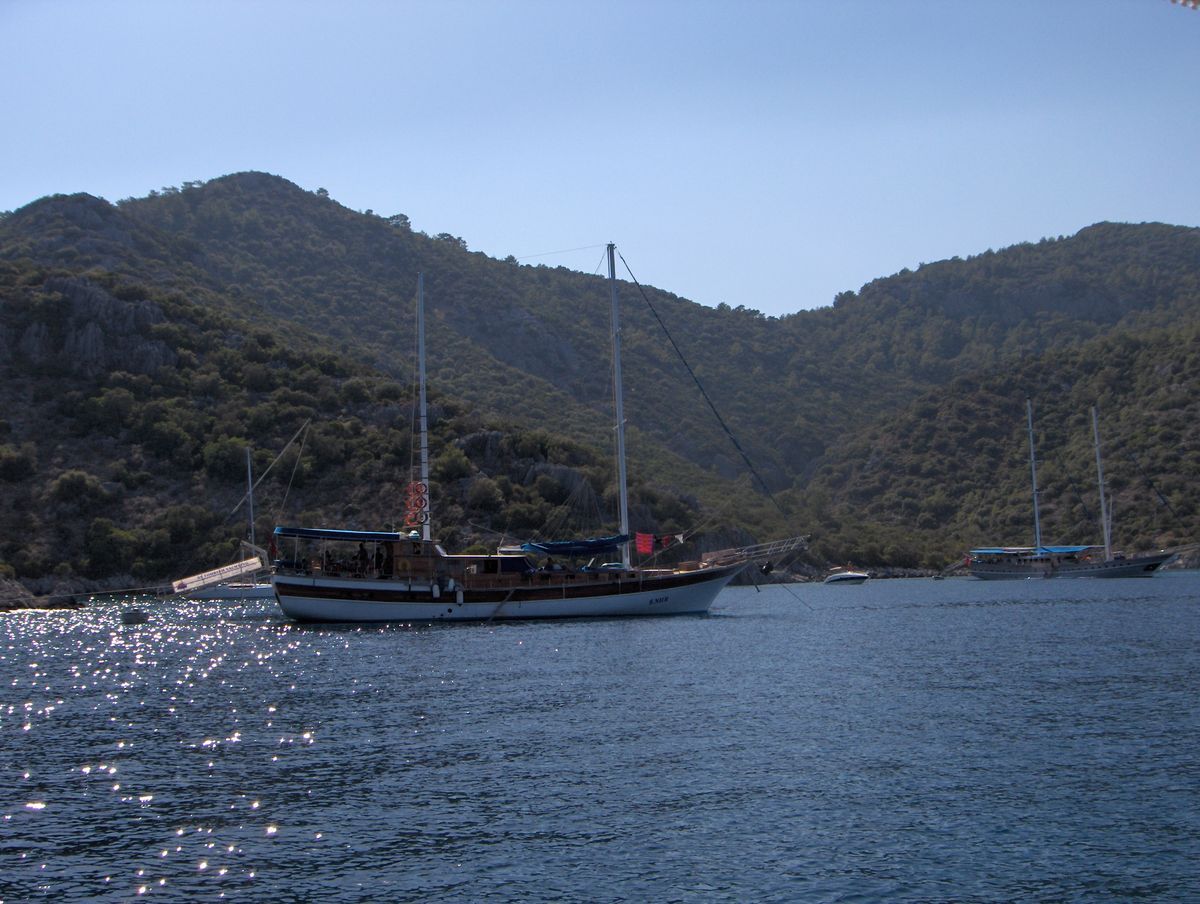 Again, I worked on reception but soon moved over to work in the children’s club as an Activities Assistant, looking after and planning the daily activities for children aged between 3 and 16.

Mr B had been promoted to Watersports Instructor having been on study courses in the Solent over the winter months. 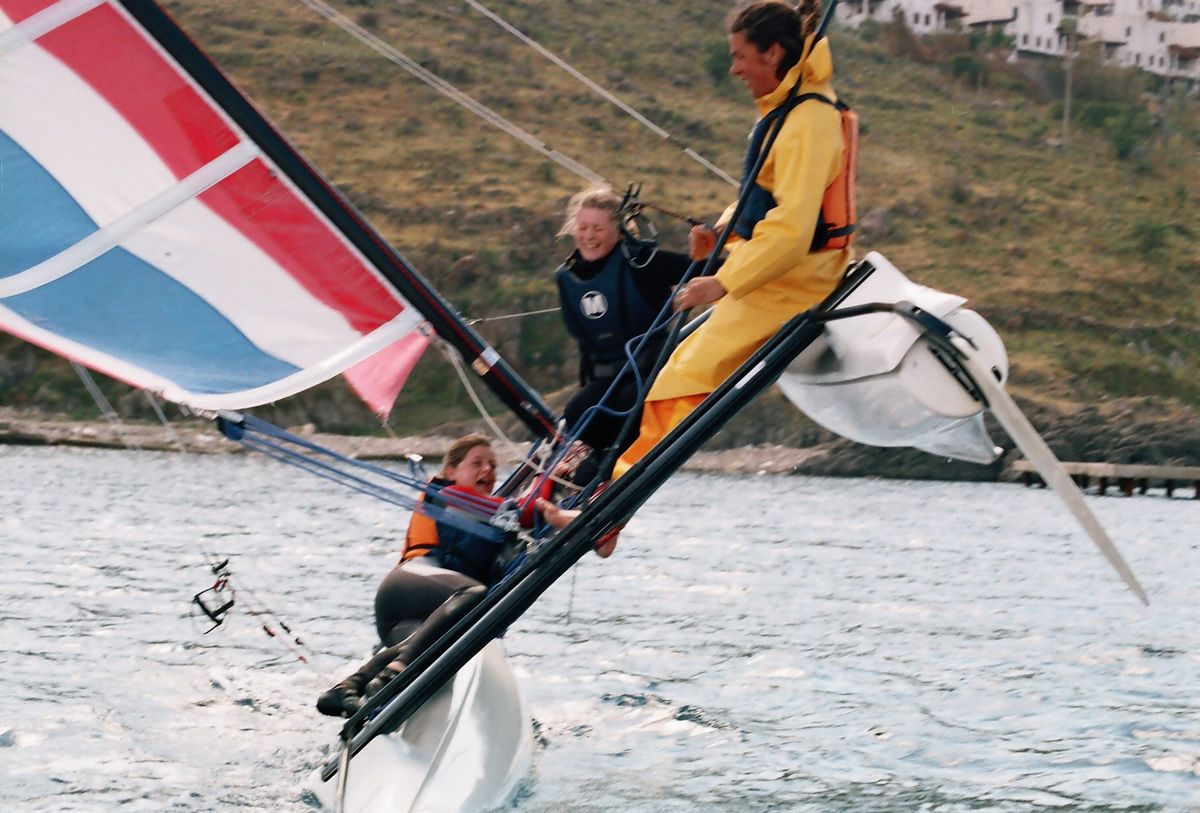 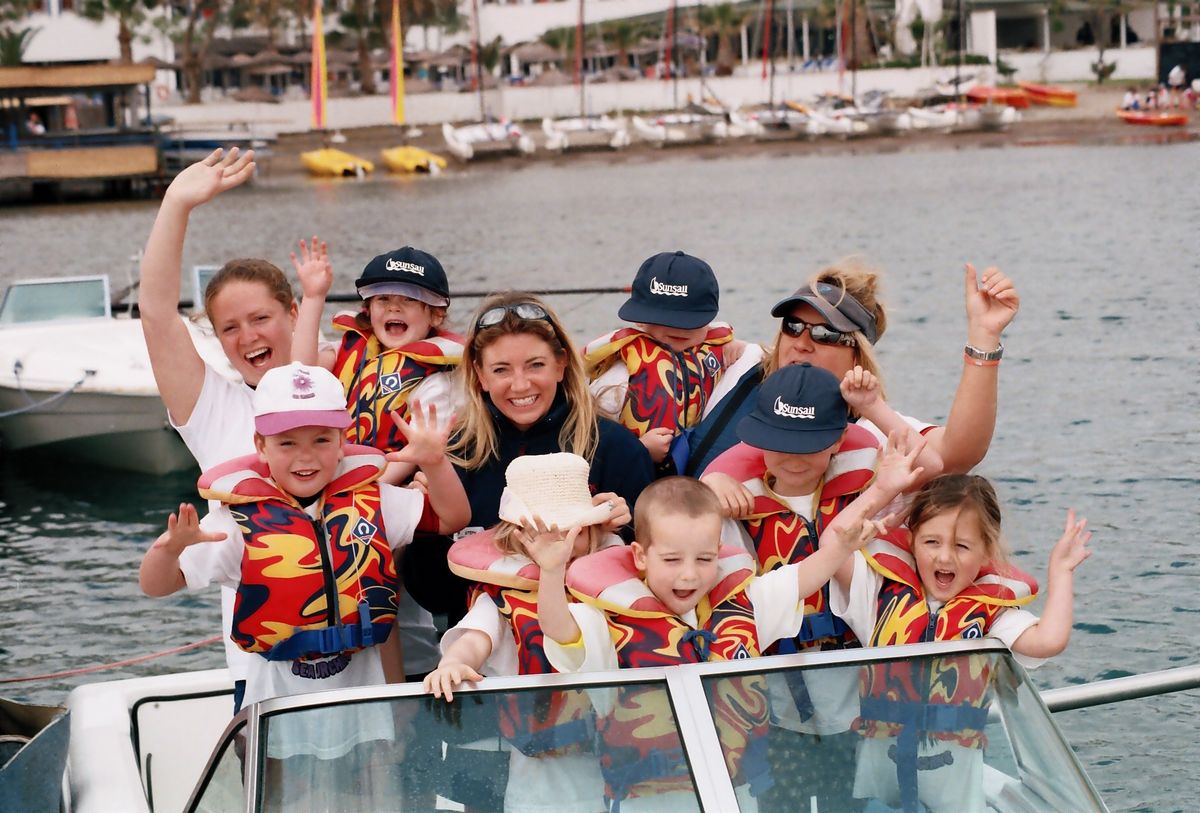 And apart from job progression, with Mr B working up to Watersports Manager on the final season, and me working as a beach assistant, things were generally the same each season.

Work days were long and hard, but still full of excitement and reward.

And our days off were special memories to look back on in the future.  Days where we get to lie on a beach, by a pool, take a yacht out and go sailing around the coast to the local restaurant, windsurfing. And every now and then we’d get a double day off, where we made the most of it by hiring a car and travelling even further around Turkey, visiting some of the larger tourist destinations as mini holidays!!! 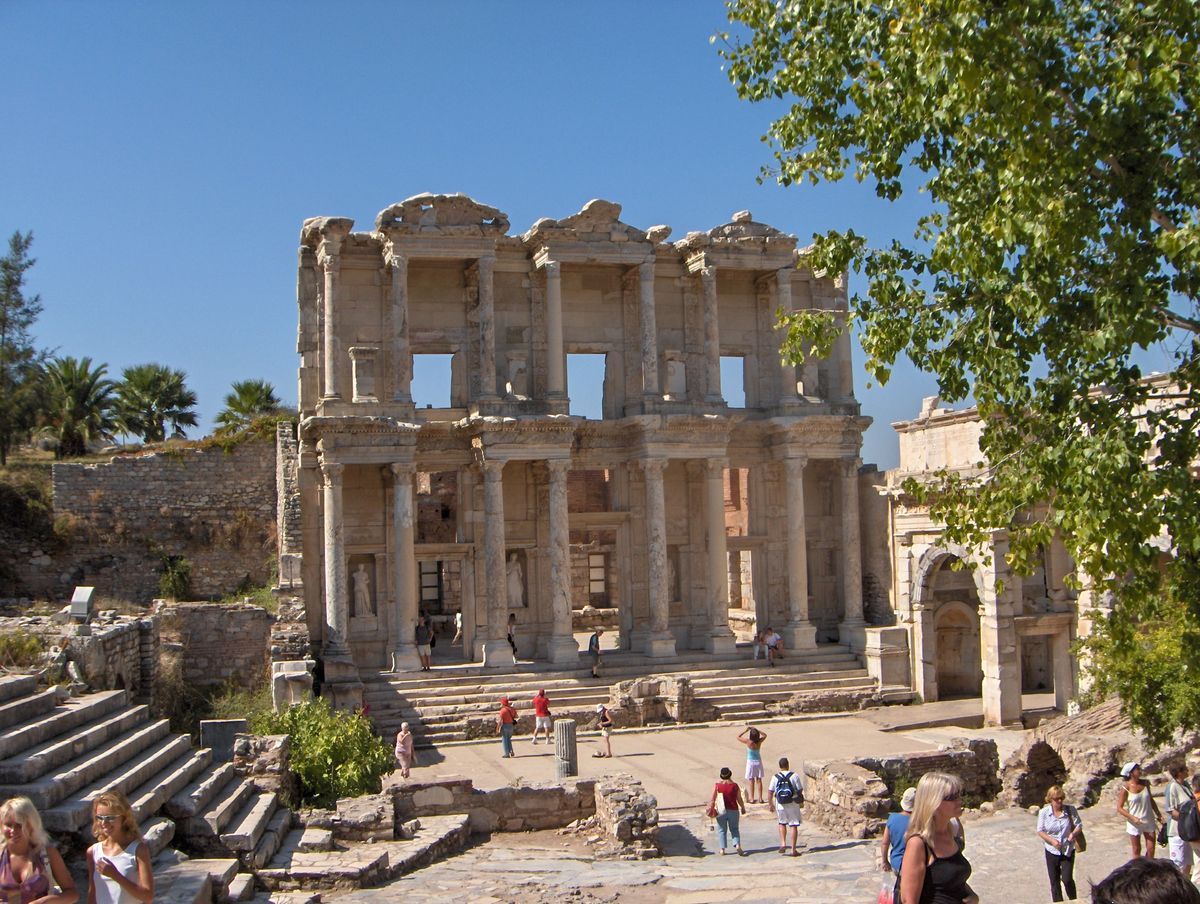 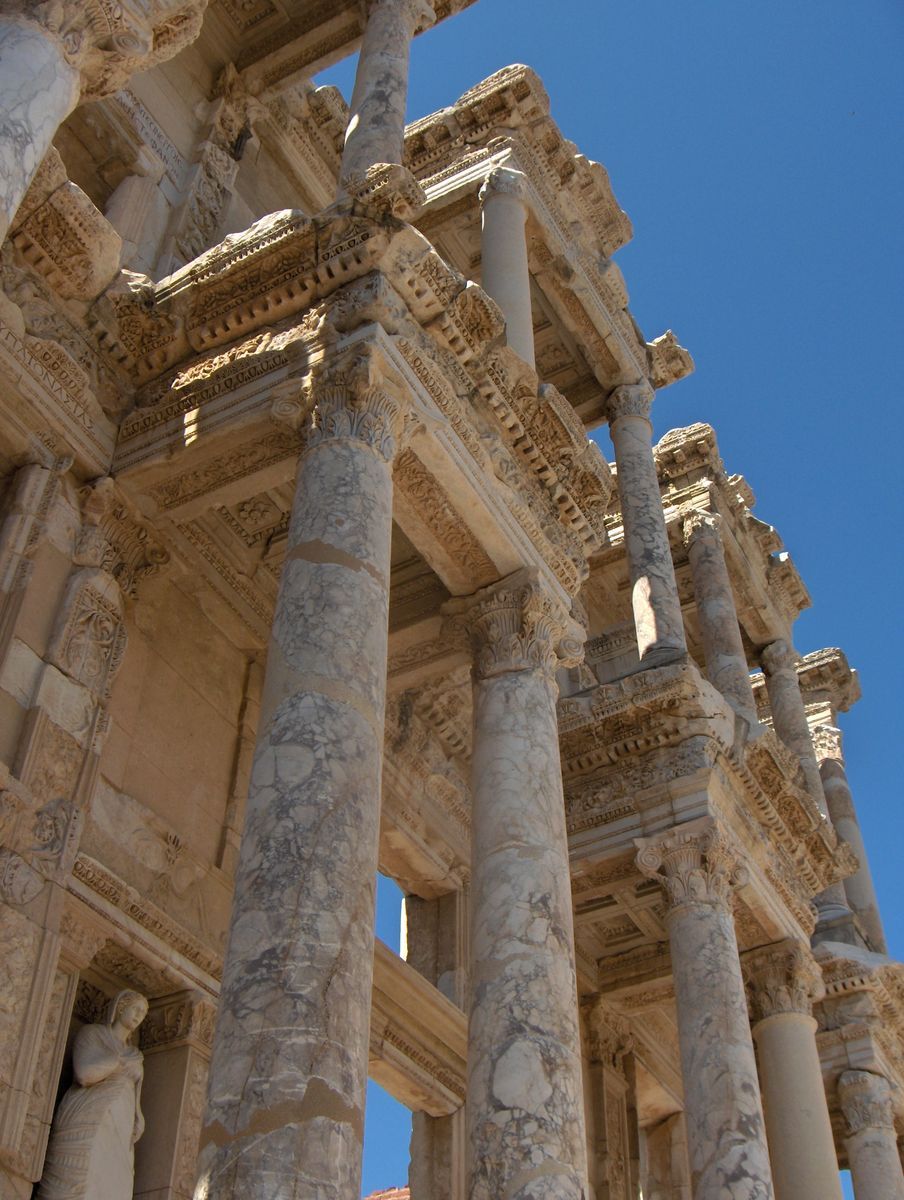 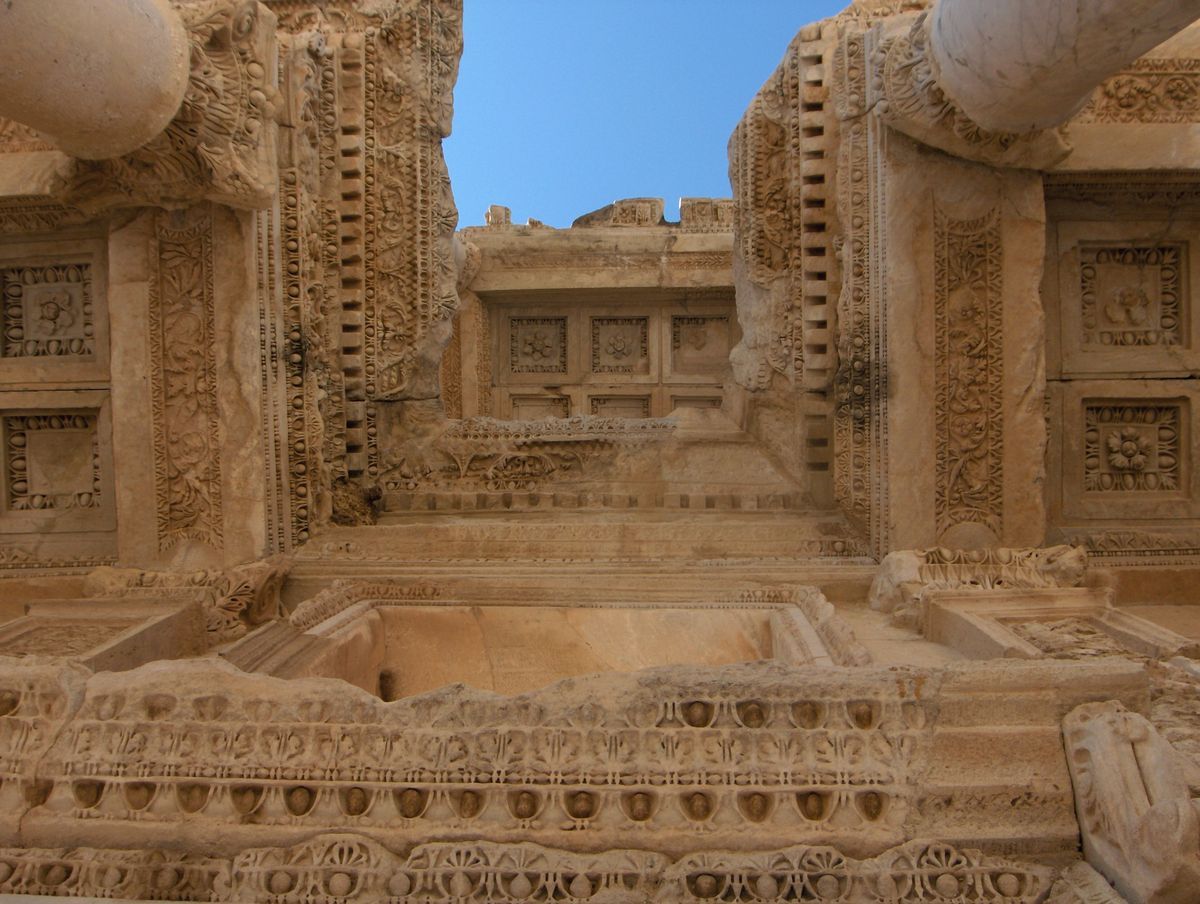 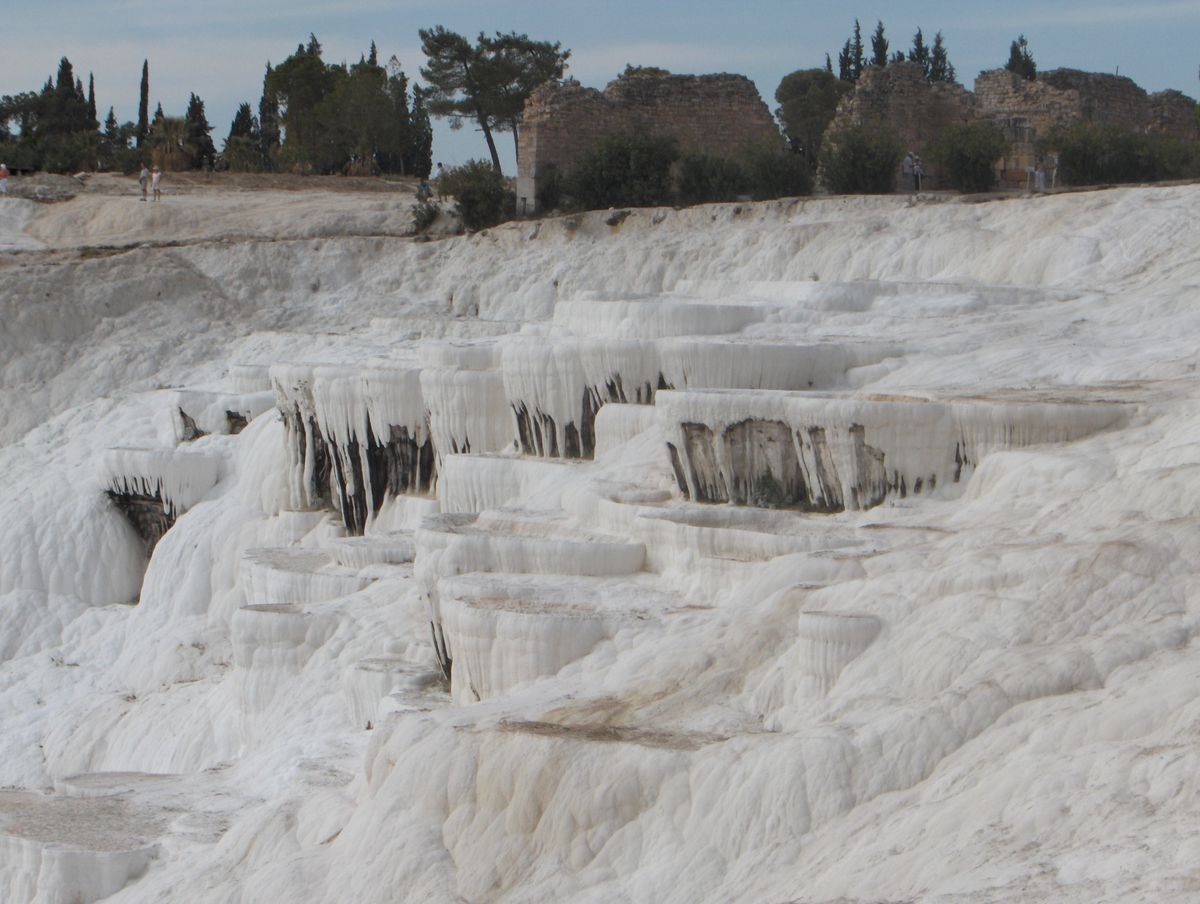 They really were great times, where we had lots of fun and met wonderful friends who we remain in contact with today. 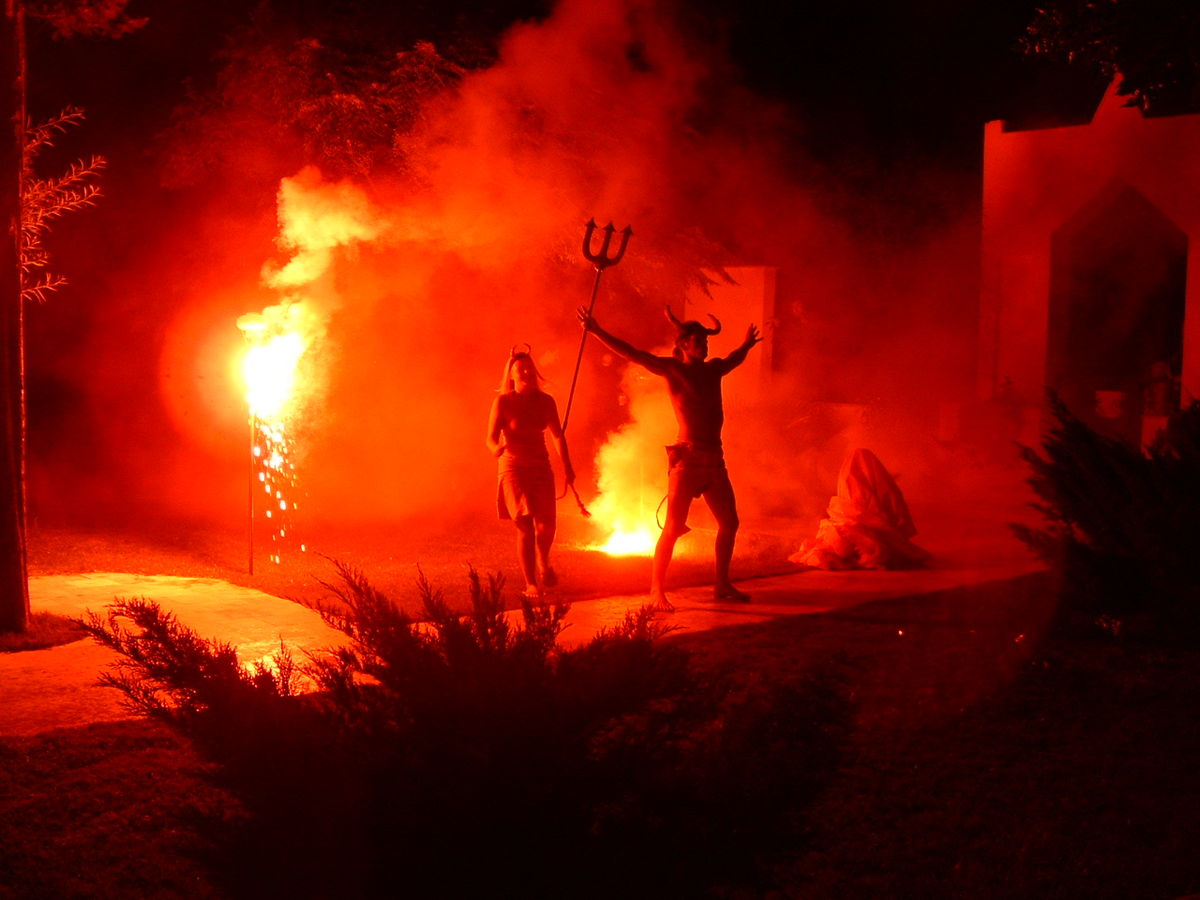 Mr B as the devil for a Halloween prize going ceremony 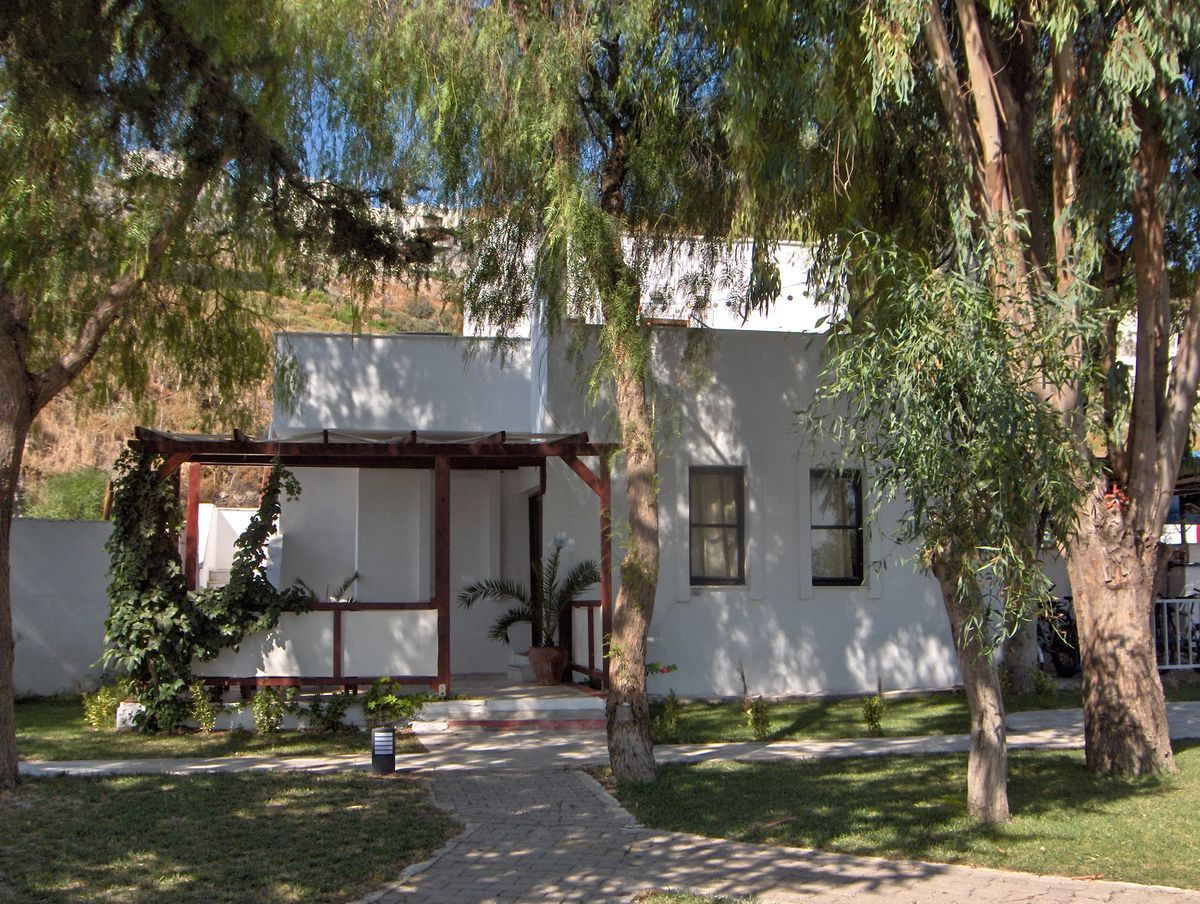 I thoroughly enjoyed my time abroad and feel strongly that the whole experience has made me a the more confident and well rounded person that I am today.

And to meet your future husband in such amazing circumstances – what more could I have wished for!! 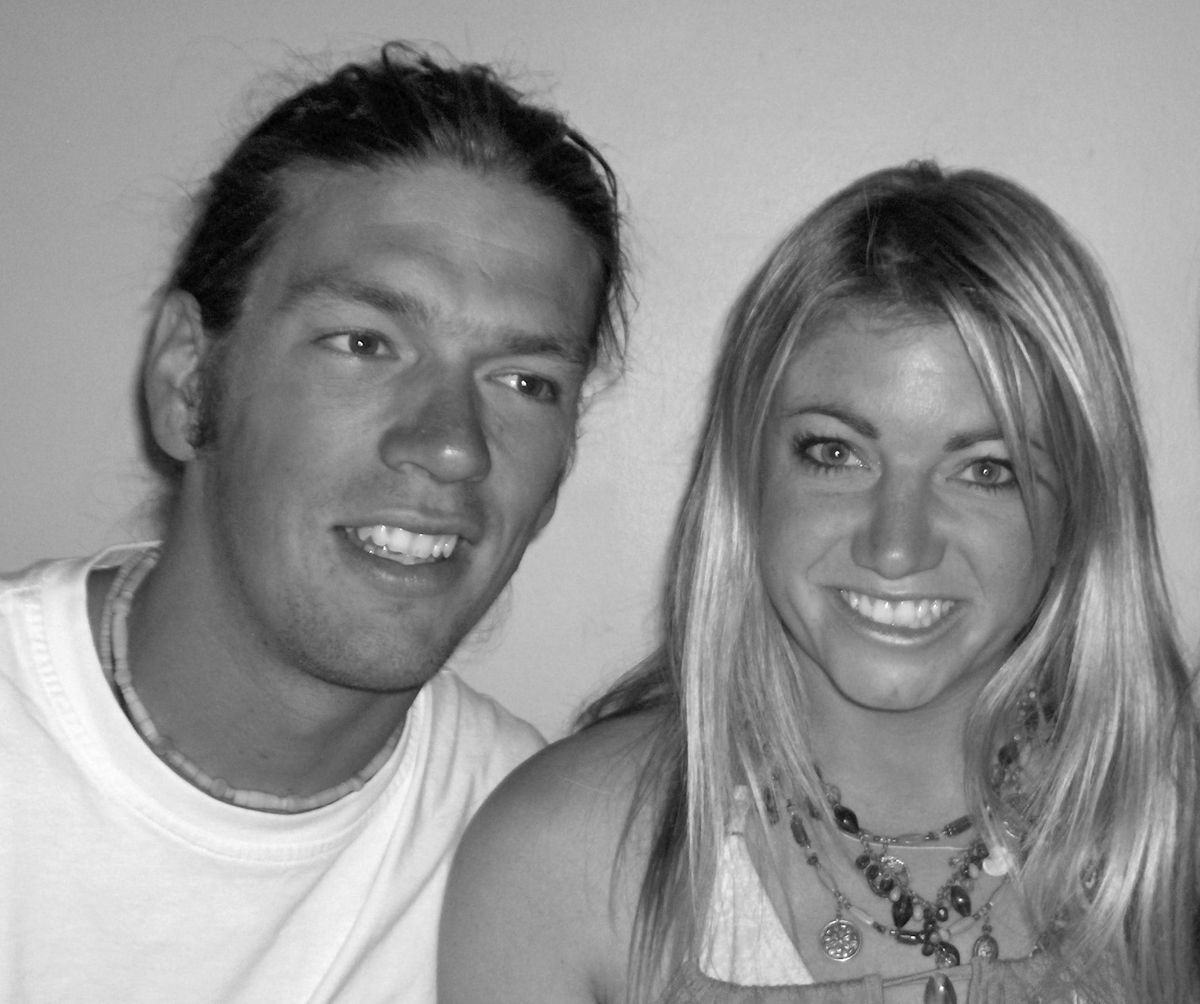 Linking up with Honest Mum for Brilliant Blog Posts