So. we’re well and truly into ski season now.

Unfortunately for us we’re not going this year, as other things have been planned instead, but fingers crossed we’ll be back playing out on the powder next season as we really do love it.

If you’ve read my previous post about our escapades in Les Menuires, France last year – you’ll know that this was the first time H tried her hand at ski school.

And though hugely anxious and nervous at first – especially aged three and with the language barrier – she absolutely loved the lessons none the less and really did do ever so well, earning her a medal at the end

They may not yet be in ski school, but that’s certainly not to stop your little ones playing in the snow building snowmen, riding on their sledges or just happily lying on the ground making snow angels – certainly activities where you’ll need to keep them all wrapped up and toasty warm.

So,if you’re lucky enough to have booked up your week away on the glistening slopes this year with your family and you’ve yet to depart (but haven’t been quite as organised as you’d hoped), here are some of the cutest ski wear for babies & toddlers that I found as I had a little mosey around the internet this week….

All at really reasonable prices too!

Leaving you with just a few more pennies for a spot of Apres Ski! 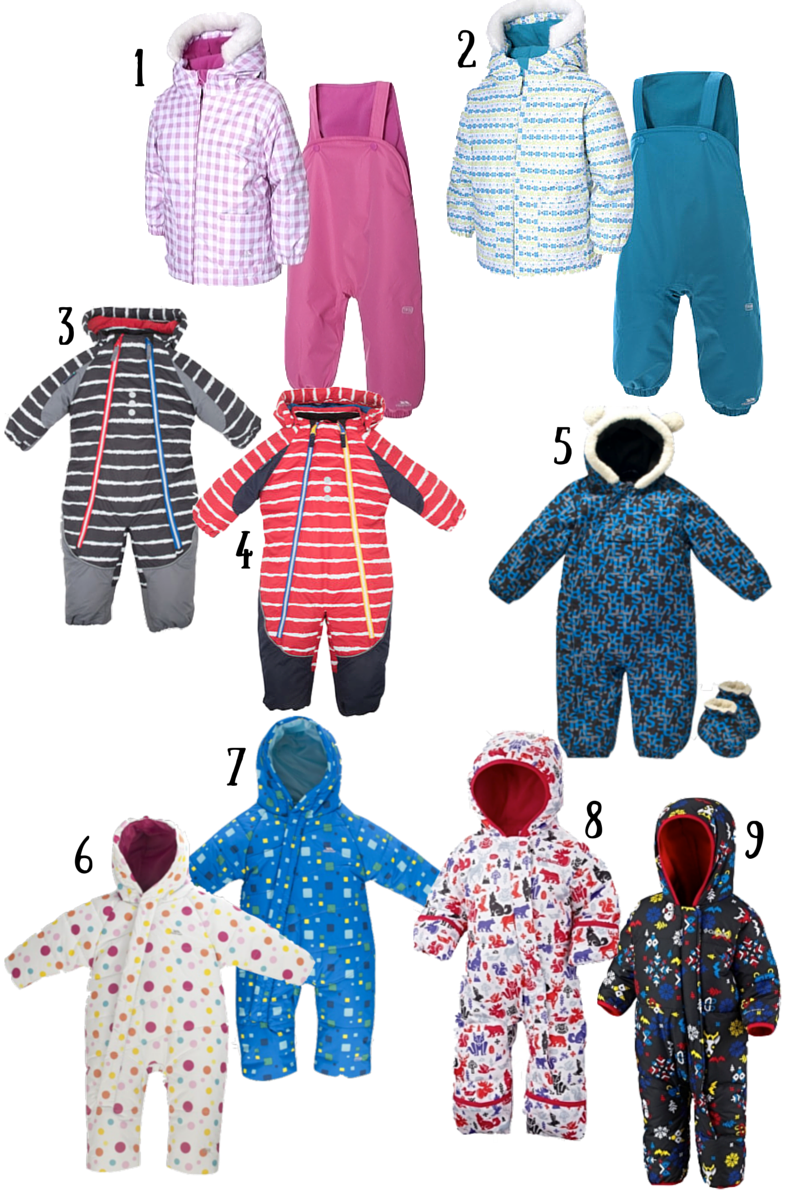