This photo is not necessarily the most sentimental of images or ‘captures’, but to me it reminds me of happy times and just makes me smile whenever I look at it.

It was taken as we went for a lovely summers walk around the old airbase (incidentally where they’ve recently filmed some of the new Star Wars movie as the Millennium Falcon was spotted from an air drone and some visitors to the old base even spotted the odd Storm Trooper in amongst the shrubbery!)

The air was warm the sun was shining brightly up in the sky and if memory serves, it was a leisurely Sunday stroll. This is something we often like to do as a family – especially in the summer. Some fresh air to blow away the cobwebs and close to nature which always evokes a cheerful mood.

I love this shot, as I’m not exactly sure what caught their eye (maybe an Ewok?!) but the way they are both staring off in the distance together, each with a smile on their face was just so perfect.

Normally I would have to ask them to pose for this type of shot, but this was just so natural.

When I look back at it now I recall the feeling of being entirely calm, relaxed and carefree.

They’re not embracing one another in a massive bear hug or even holding hands – they’re just sat together. Both happy, content and comfortable in one another’s company.

Just a daddy and his little girl 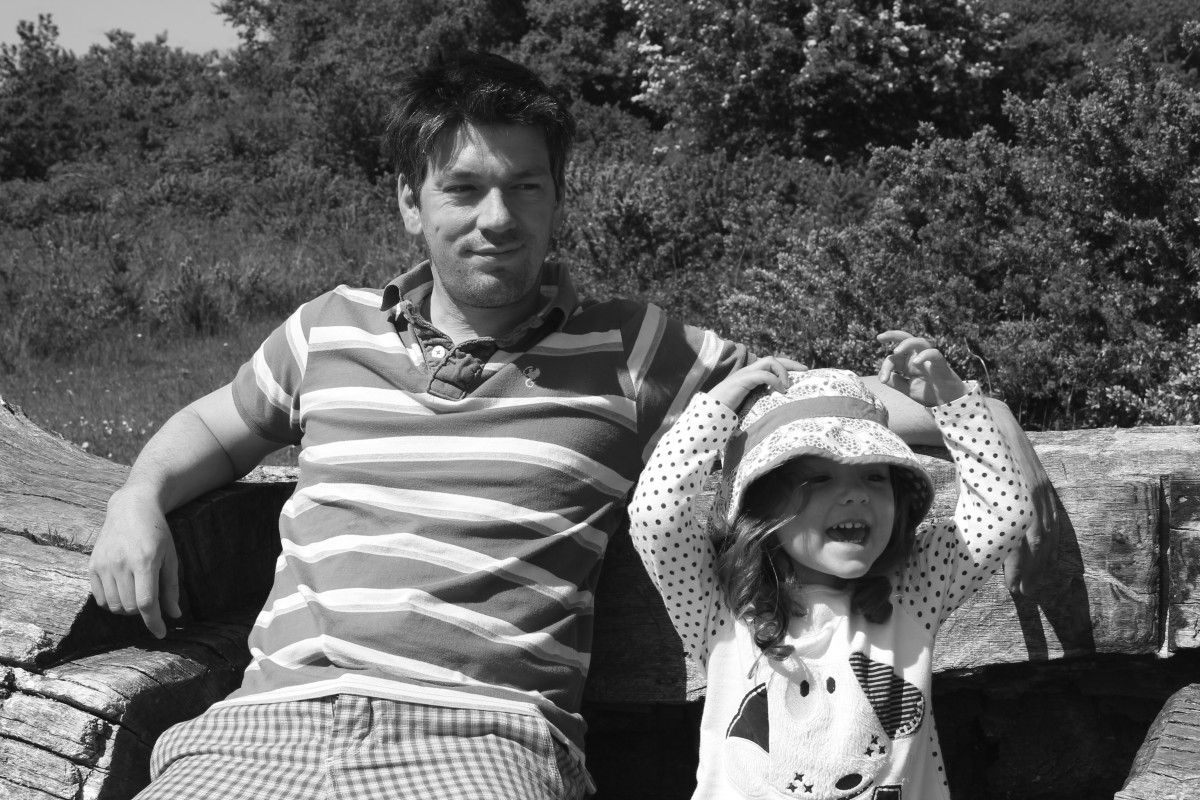