Another look at what we’ve been up to this last week, in our lovely little world of chaos and general mayhem… 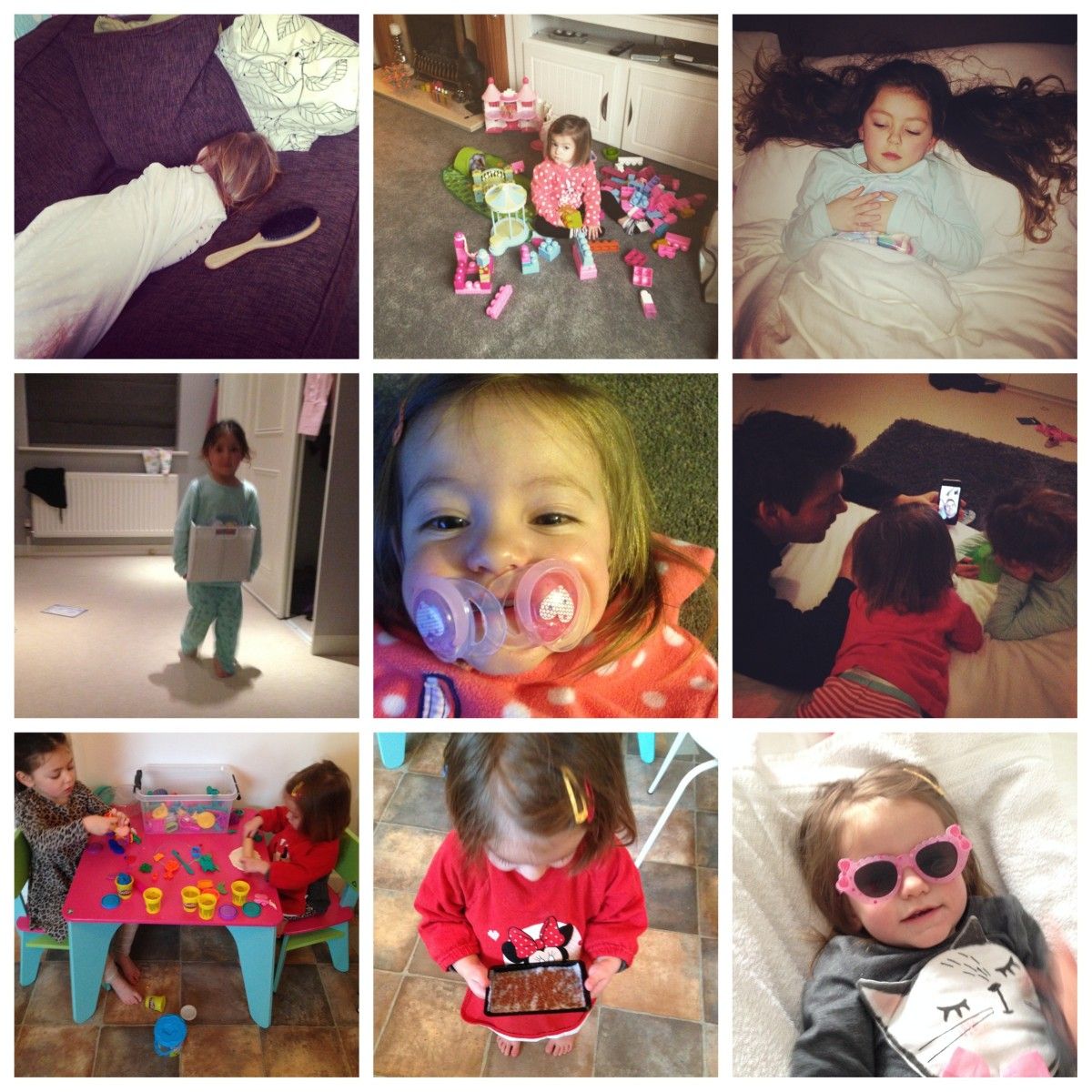 1.  Poor little Ella was feeling pretty sorry for herself at the beginning of the week.  She has had the worst cold, with chesty cough for what seems like forever now!!  Hopefully some sunshine and warm weather on holiday will make it disappear for good.

2.  This was a bit later on as she was still feeling sorry for herself but obviously the need or urge to build a tower go the better of her.

3.  This was Holly as I found her the other night whilst lazing in our bed. Her hair is so very long now that my husband is rather cross I’ve not yet had it cut. So first hair cut within the next couple of weeks! Eeek!!

4. Holly running around in a box. Obviously!! Which resulted in both her and Ella having a scrap because they both wanted a go!

6.  Daddy, Holly and Ella on a video call with our family who we’ll be visiting in South Africa next month!

7. Time for some play-doh to keep them busy and out of mischief while I attacked the kitchen and the washing up.

8. Ella with her seed tray. They each had a little tray to sow cress seeds in. It looked pretty easy and the instructions were simple enough to use, but they don’t look too good now I must admit!

What have you been up to?  Anything interesting?