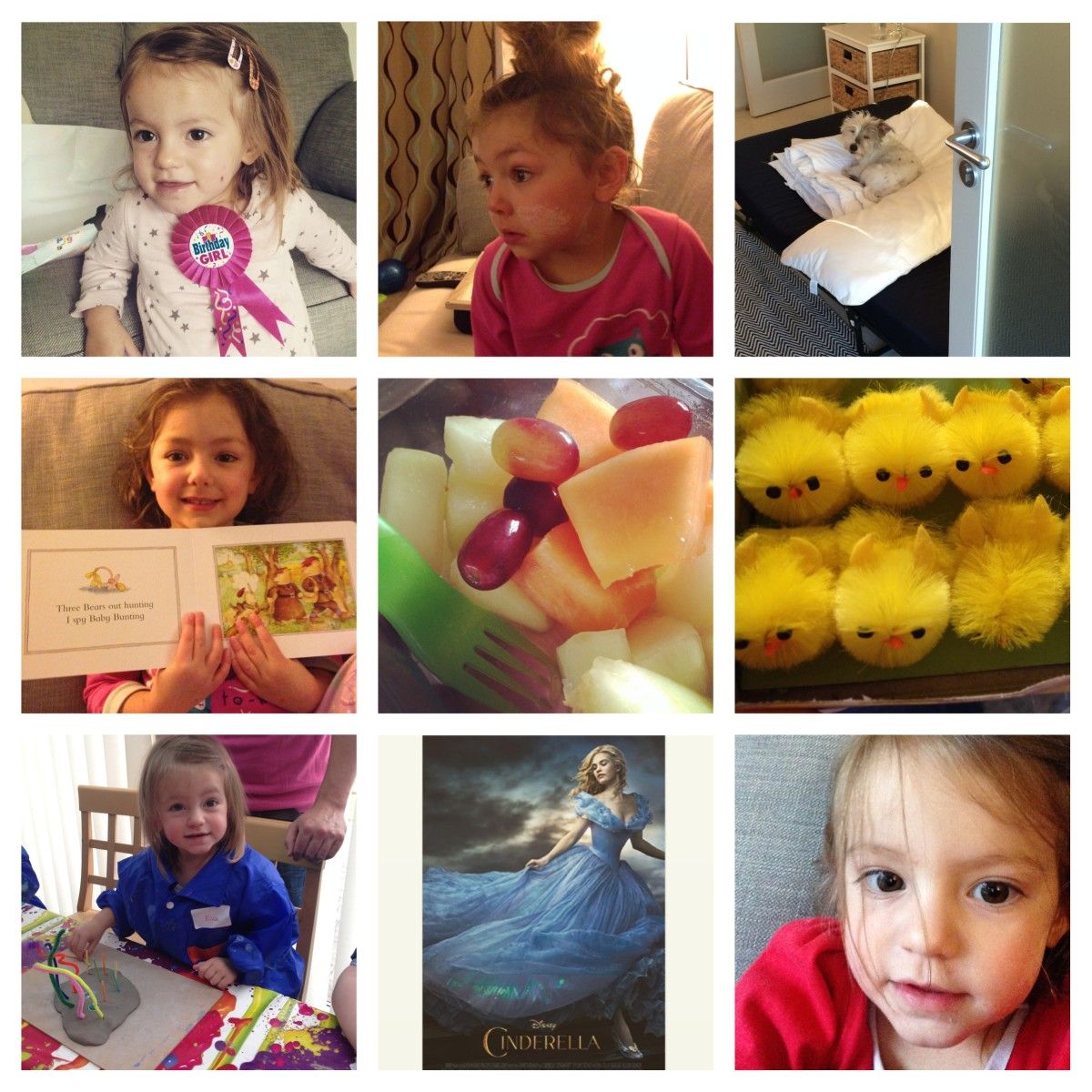 2. Both the girls got en alive by mosquitos whilst on holiday – here is Holly looking a little unhappy after I’d treated her with some calamine lotion

3.  This is Maverick.  He is the fabulous little doggy owned by my brother and sister in law over in South Africa.  He’s an old boy now and can be pretty cantankerous at times, but he and Holly really bonded while we were there and became rather inseparable.  This is a photo that my sister in law sent us once we’d left – he is pining for Holly.  I showed Holly and she burst into tears!  So sweet!

4. Holly and I couldn’t wait to get stuck into Ella’s new picture books!

5. This is me trying out some ‘healthy snacking’ at my desk!  Let’s see how long it lasts!

6.  This week is Easter Bonnet week at the girls nursery and pre-school.  I’ve never made one of these before, so not entirely sure how it’s going to end up!  And the big question is whether to let the girls help or not!  You know – a colouring over the lines type of thing!

7. It was Holly’s best friends birthday last week, so on Sunday, we trotted round to her house, dressed in princess outfits (the girls – not Mikey and I!) and enjoyed a party with entertainment by Creation Station.  It was brilliant.  The children were totally engrossed and fully entertained for the entire time!  And they even clean your kids off after each activity too!  Perfect!

8. After the party, I took Holly to the cinema to see the new Cinderella.  Oh my gosh – it was such a beautiful film.  Not sure that Holly was as interested in this as opposed to an animated film, but she did her best.  She got very frightened though at one point when she asked me if she too was going to be squashed inside a pumpkin that evening!

What have you been up to?  Anything interesting?