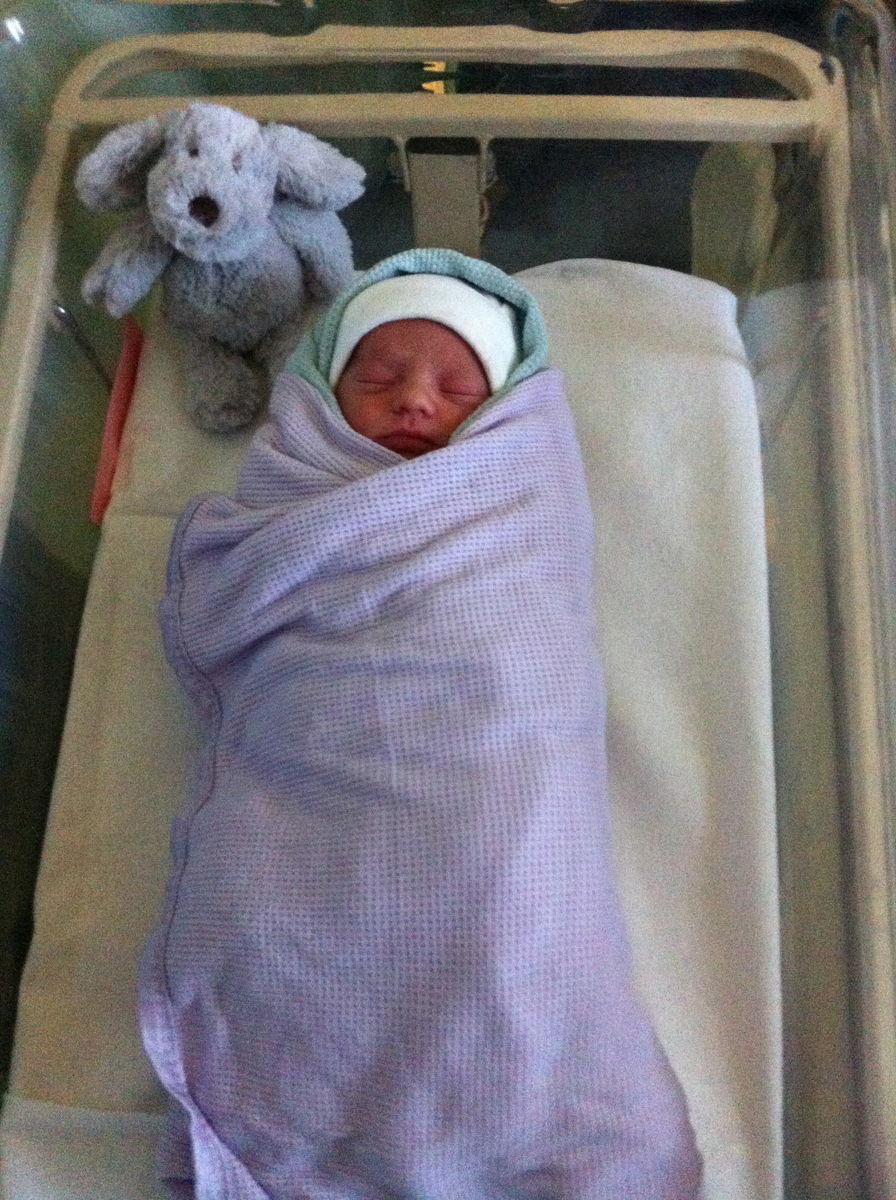 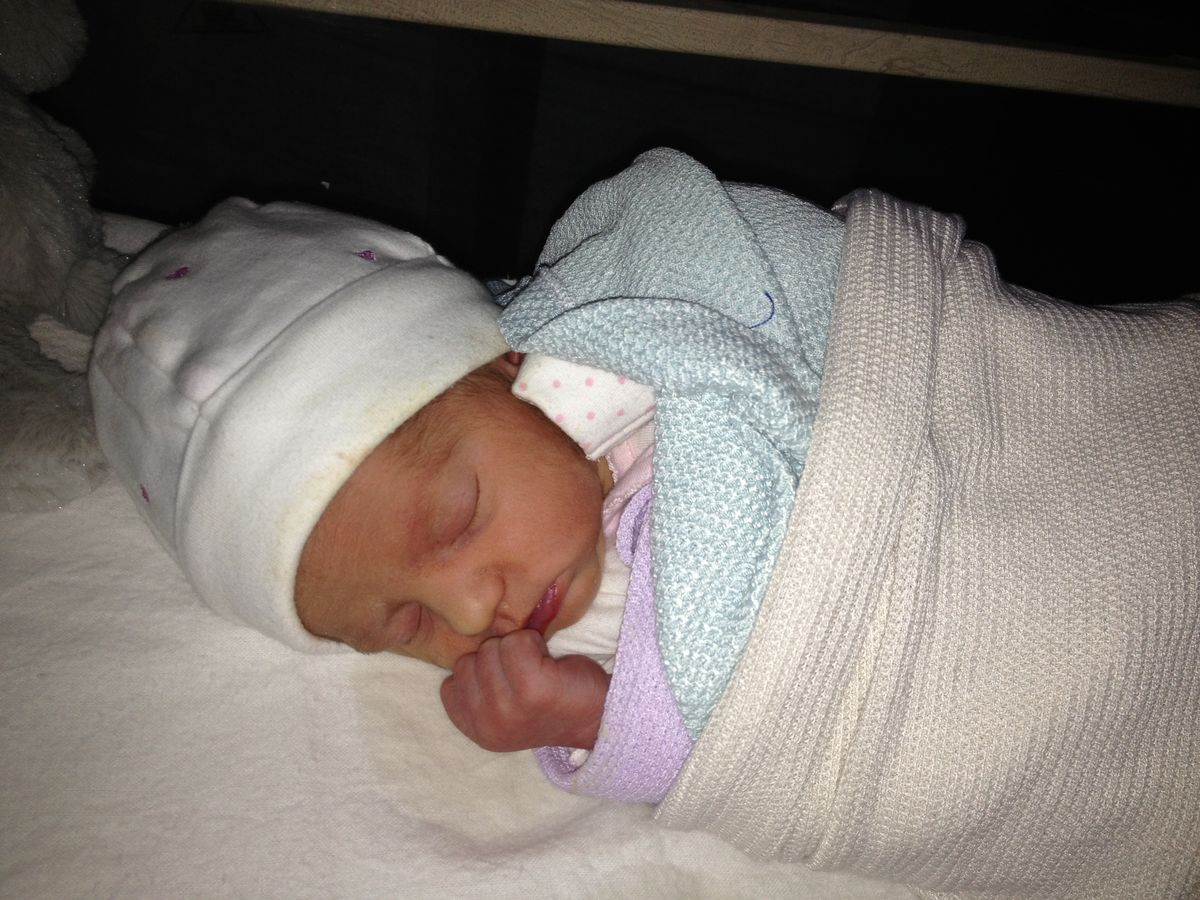 I can’t quite believe that it was a year ago today that I was a big bag of nerves as hubbie drove me to the hospital to welcome our new bundle of joy into the world.

I was so apprehensive it was silly! You’d have thought it was my first time all over again!!

I was 37 weeks pregnant and therefore viewed as full term, but due to my medical background I was to undergo a c-section three weeks early.
Having had an emergency c section with our first baby, we were strongly advised to book one with this baby too, although of course it was up to us.

At first it was the plan to give birth naturally, but as my blood pressure rose, and the proteinuria score just kept getting higher, there was a high risk of pre-eclampsia, so I was pretty much given the choice of  ‘planned c section or emergency c section’!

“Um, now just let me think about that for a minute!”

Not such a hard decision to make!!

I suppose I was a bit upset that I wouldn’t get to experience the whole natural birth thing, but I was happy in the knowledge that I was doing this for the safe delivery of my baby, rather than it being an ‘experience for me’ and feeling good about myself having pushed for hours on end and feeling fully deserving of a medal! 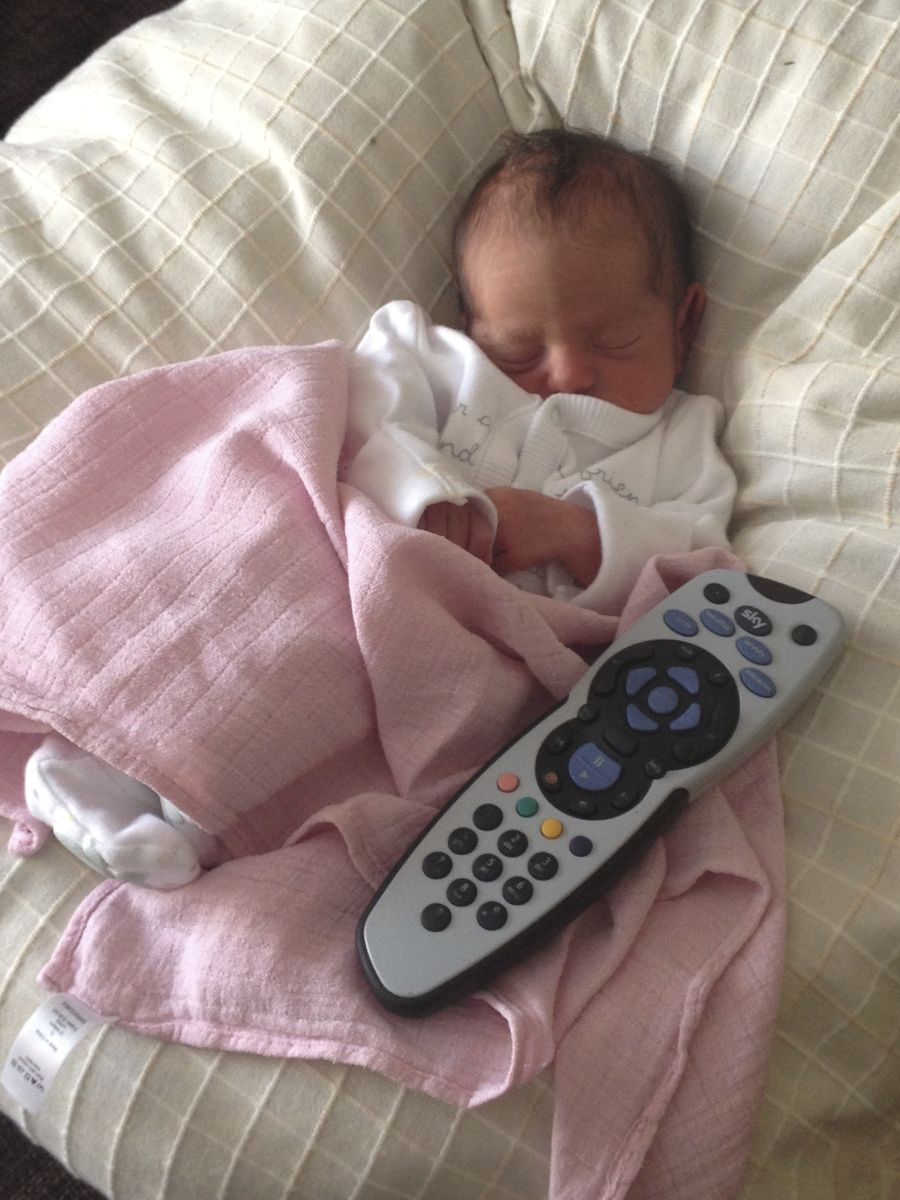 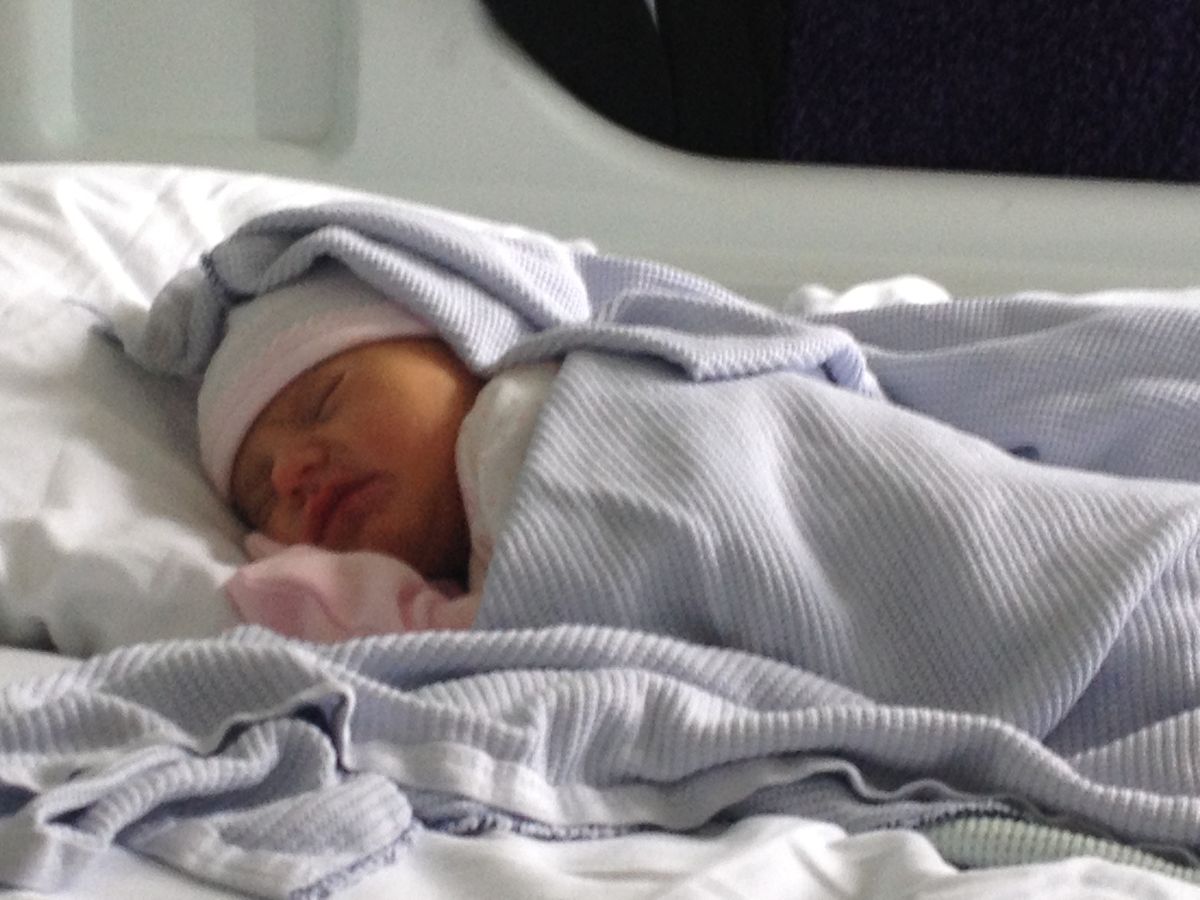 I’m hopeless at all things medical by the way! Both my mother and grandmother were in the nursing profession but I can’t even bear the sight of blood or needles so i’d have made a pretty hopeless medical practitioner!!

So, when it came to prepping me for the operating room, my nerves were all over the place, and my bp reading was just a tad high. I remember it was 200/100, which was not ideal!!

So they dosed me up with yet more tablets to try and lower the bp prior to the op and told me to try and relax.

I’m about to go into a room and be sliced open whilst wide awake – how on earth can you tell me to relax!!

And of course there’s the whole ‘lying on a cold slab of a bed, completely starkers with a team of about 15 men and women all buzzing round you’ thing!

The only way I could describe a c section after the first time was to liken it to that of Ant and Dec’s film, Alien Autopsy! You’ll know what I mean if you’ve seen it. Or I suppose that picture of the Roswell alien!

So ok, don’t get me wrong, it’s the most amazing experience in the world, however you deliver your baby.  It didn’t hurt, and I’d previously been ‘examined’ by so many other doctors, nurses, midwives and consultants that it really shouldn’t have worried me.

And I suppose it didn’t – it’s just I wish I’d had a few drinks beforehand!

Just to take that edge of embarrassment away.  I mean, I’m never embarrassed if I’ve tucked my skirt in my knickers having left the loo if I’ve had a couple of glasses of wine, or felt my cheeks redden when falling head over heels on the pavement, after a couple of cheeky vodkas. But alas, drinking alcohol while giving birth was frowned upon :), so when a head doctor popped in to ask if I’d mind if the procedure could be viewed by a team of junior medical students to boot, I just agreed with a big smile

“yeah of course… No worries”

The more the merrier eh!!! Let’s just air it on tv at the same time!!

Anyway – everyone has to learn somewhere, and if it was going to be with me, then so be it. Who was I to deny the learnings of the next generation of doctors!  I’m sure I’ll need their services another day! 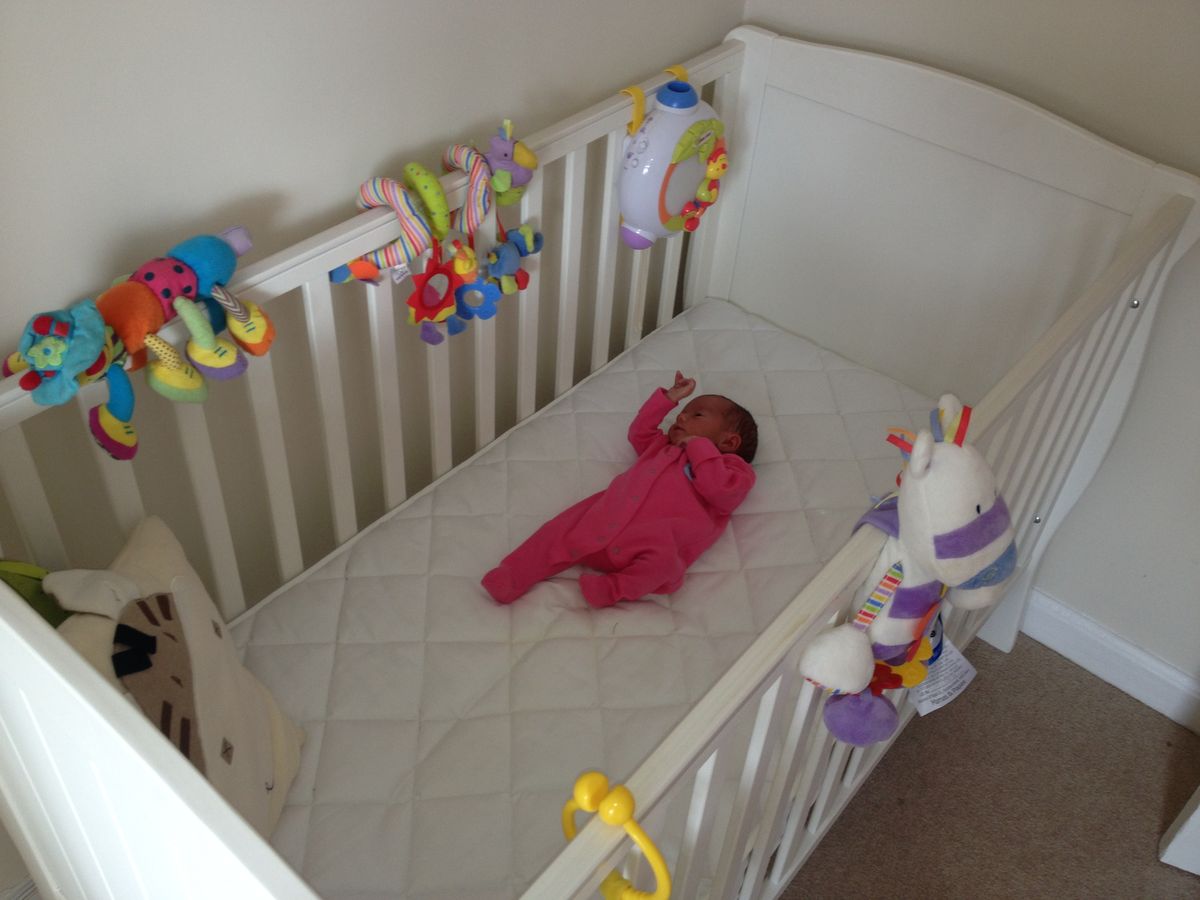 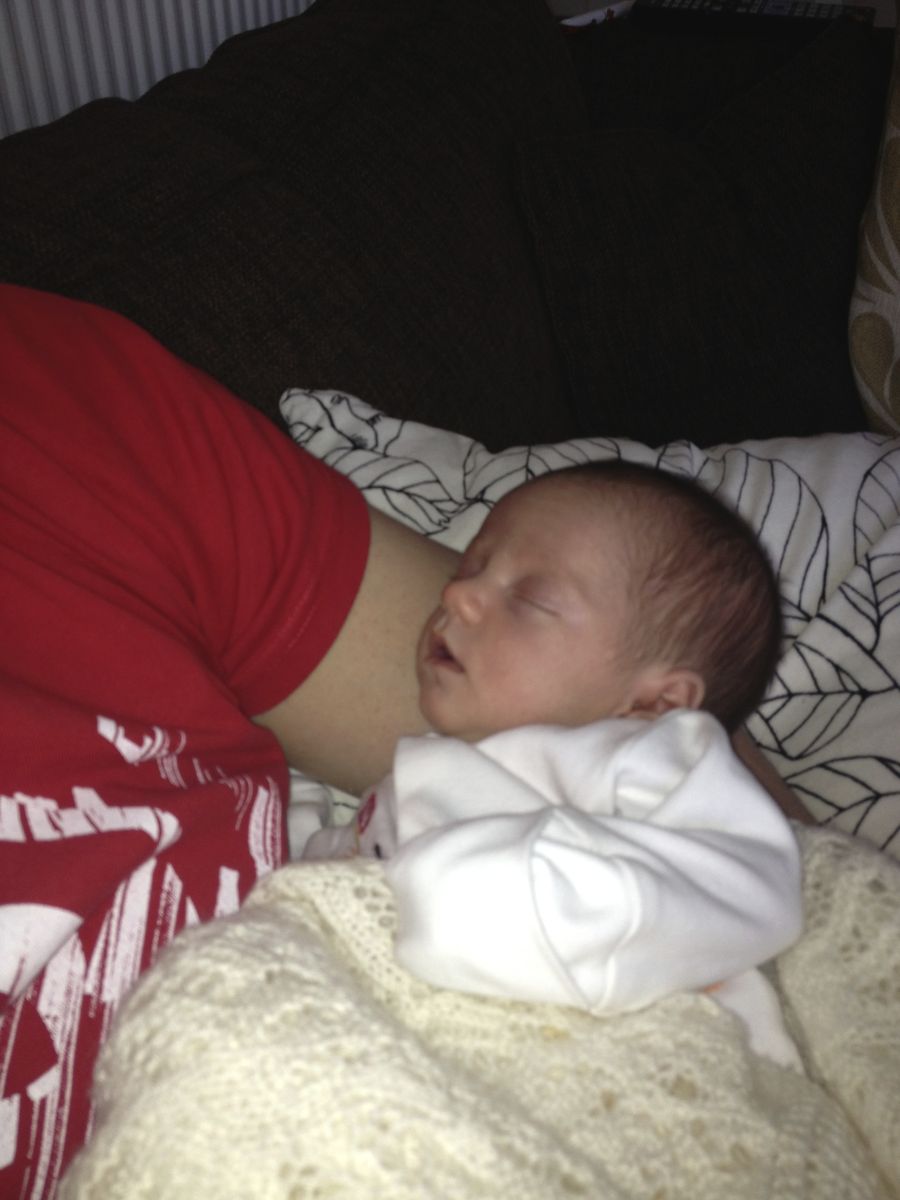 So anyway, where was I? Oh yes, so it took a little while of waiting for the tablets to take affect when the midwives decided enough was enough and I was wheeled through into theatre anyway.

Next on the agenda was the other thing I was dreading! The spinal block/epidural!!

i was literally shaking like a leaf at this point, but again was told to calm down. The staff were wonderful though and were able to sweet talk me round, just enough for the anesthetist to insert the needle.  Hubbie had been given permission to stay with me through this bit, as I was so apprehensive so, all kitted out in his blue scrubs, he joined me to hold my hand throughout.  Although I do recall him saying my grip was like a vice!

All in all the whole c-section was a funny feeling….

….no pain what so ever, just the sensations of pulling and tugging. So to be honest, not really much to worry about. Unless of course, you’re like me and you think far too much about what’s going on, and can almost see it playing through your head, wheres really it’s just scenes of One Born Every Minute that your brain is bringing back to you! 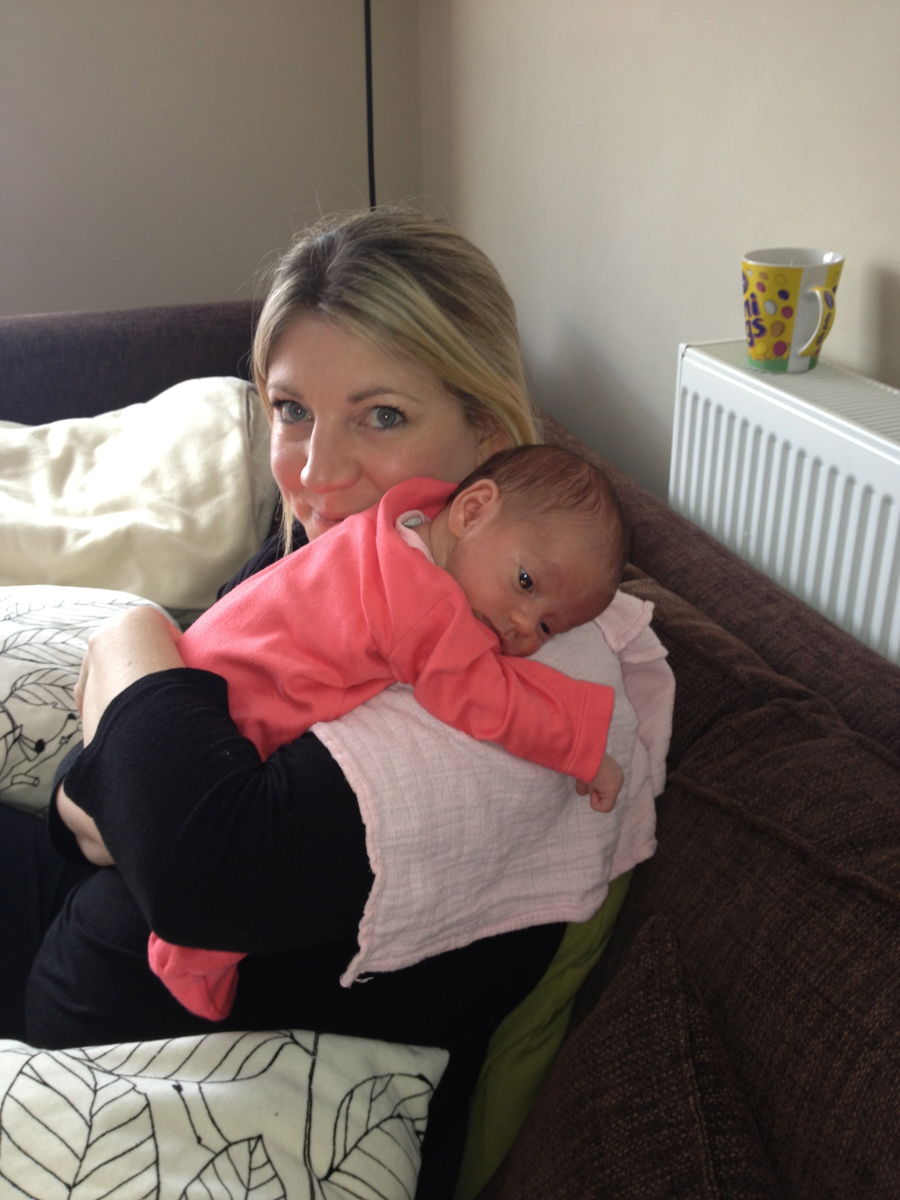 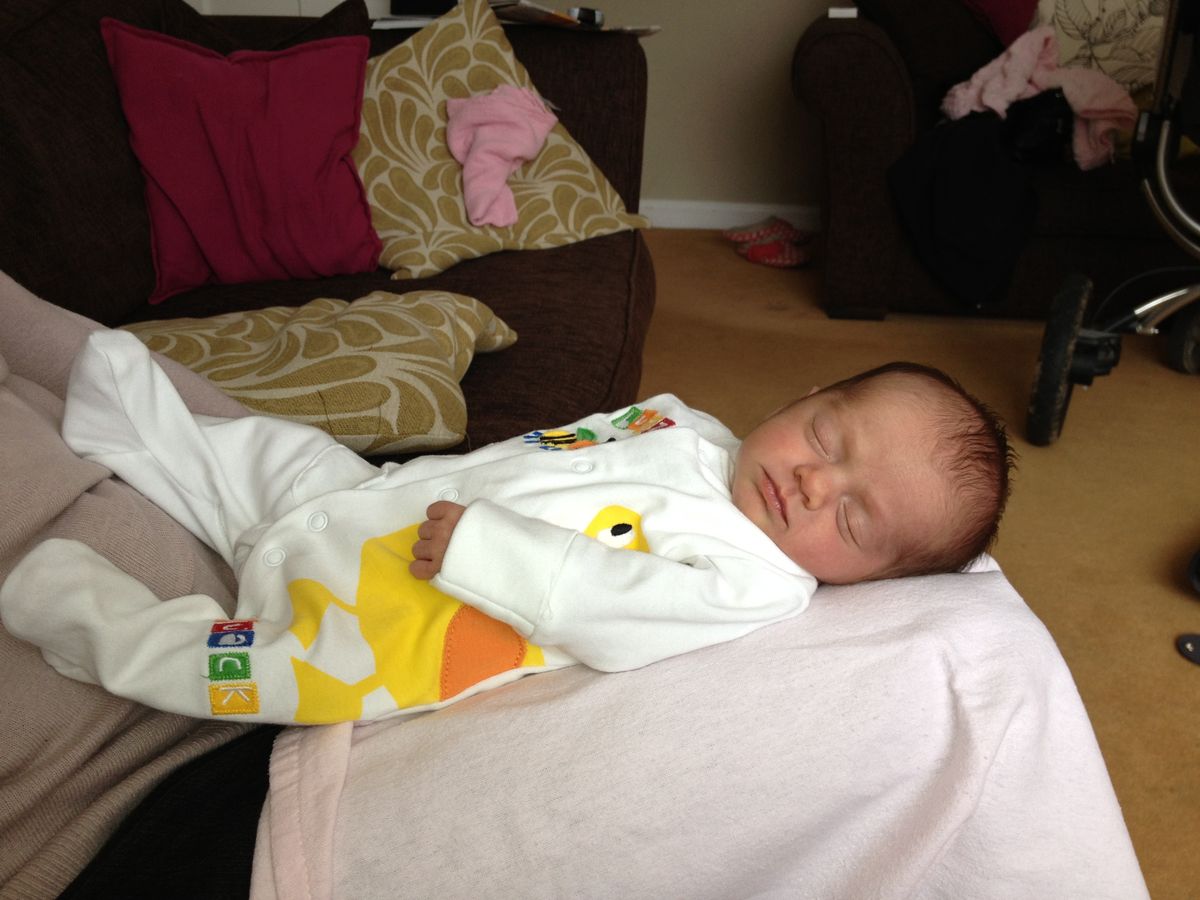 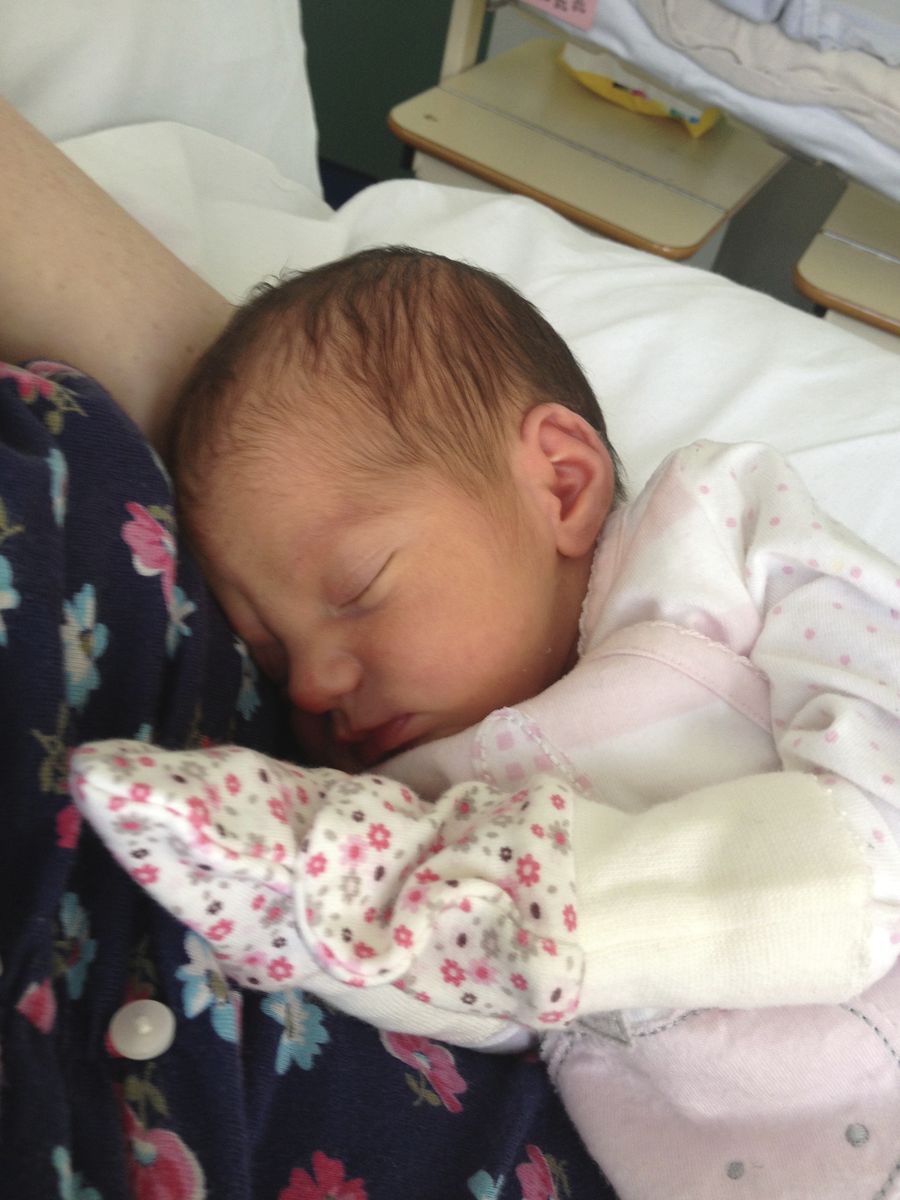 The Bp was down enough to get me into theatre, the spinal block was in, I’d accustomed myself to the fact i was to be naked for a little while longer yet, and there was no pain – just the tugging/pulling sensations….

……………. but I was panicking again!!  This time is was the team of people all talking to one another around me!

There was no way I wanted to know exactly what was happening on the other side of the big screen, by having a blow by blow verbal account from nurses saying things like, scalpel, knife, hacksaw(!) or whatever it is they say/do/use!!

So instead, I had my earphones stuck tightly into my ears and had one song on repeat for the entire operation.

To this day, if either myself or hubbie hear this song, we both shed a tear or two of happiness at the memory of the day.

So, just over half an hour after being wheeled in to theatre, I hear the overwhelmed cry of a newborn baby.

Hubbie cut the cord, and then they cleaned her up, weighed and wrapped her and brought her over to see me. I cried and cried with sheer delight and an overwhelming love I thought I would surely only experience once in a lifetime.

She was a tiny baby. Only weighing in at 5lb 2oz.  And if I’m honest, she looked quite alien-like due to her being that little bit early I suppose.

Once back in the recovery room, the nurses thought she was slightly jaundice so were considering giving her phototherapy treatment, but in the end she was ok and didn’t need the extra help. She did however lose slightly over 10% of her birth weight to only 4lb 10oz, so what with that, and the fact that my blood pressure was still too high, we were kept in hospital for a week before allowed to go home. 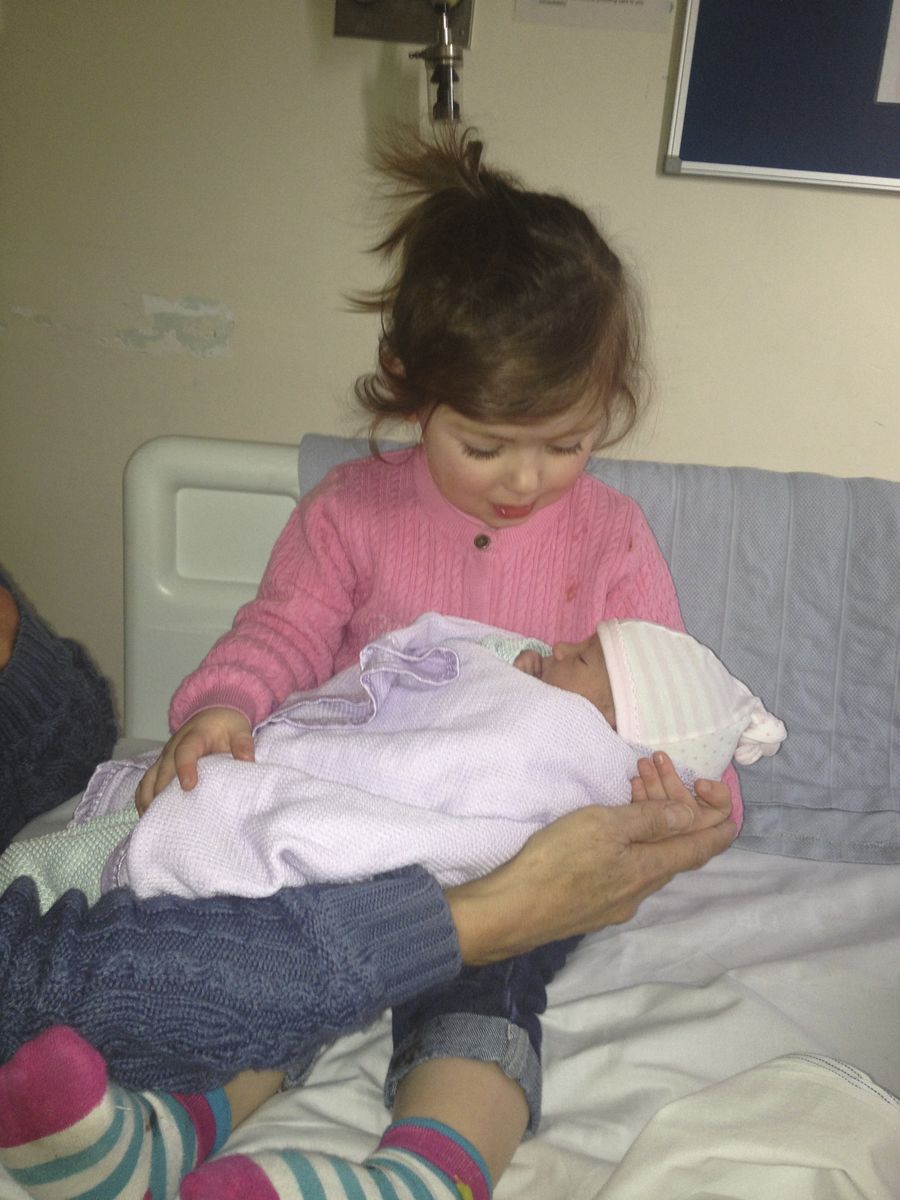 I found this hugely difficult and was upset, sometimes to the point of inconsolable for the entire time. Not that I was worried about me, or even baby Ella, as she was doing well, but for the fact that I wasn’t allowed home to stay with Holly.  This tore me apart. I felt so amazingly guilty.  Each day she would come to visit, mainly with a grandparent as Hubbie stayed with me most days, so when visiting times were over, it was heart wrenching to have to say goodbye.  I know it sounds silly, but I felt that she would think I was favouring the new baby over her.

In the end, as the week drew on and I became more and more upset at not being at home, I practically had a breakdown and told the nurses there was no way my blood pressure was going to reduce with me being stuck in hospital, and that the best treatment for me was surely to go home and relax.  In the end, our favourite midwife, named Grace, (who had also been at my side with my first baby) agreed with us and did everything in her power as senior staff to have us discharged. 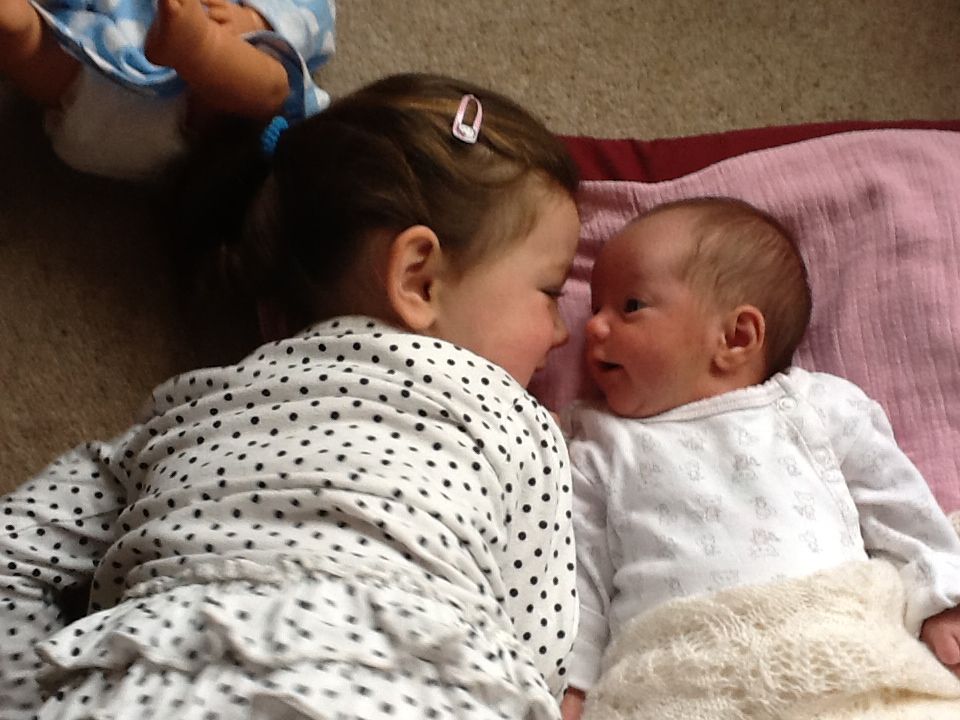 So that was that, we were allowed back home to settle in to our new lives as a happy family of four.