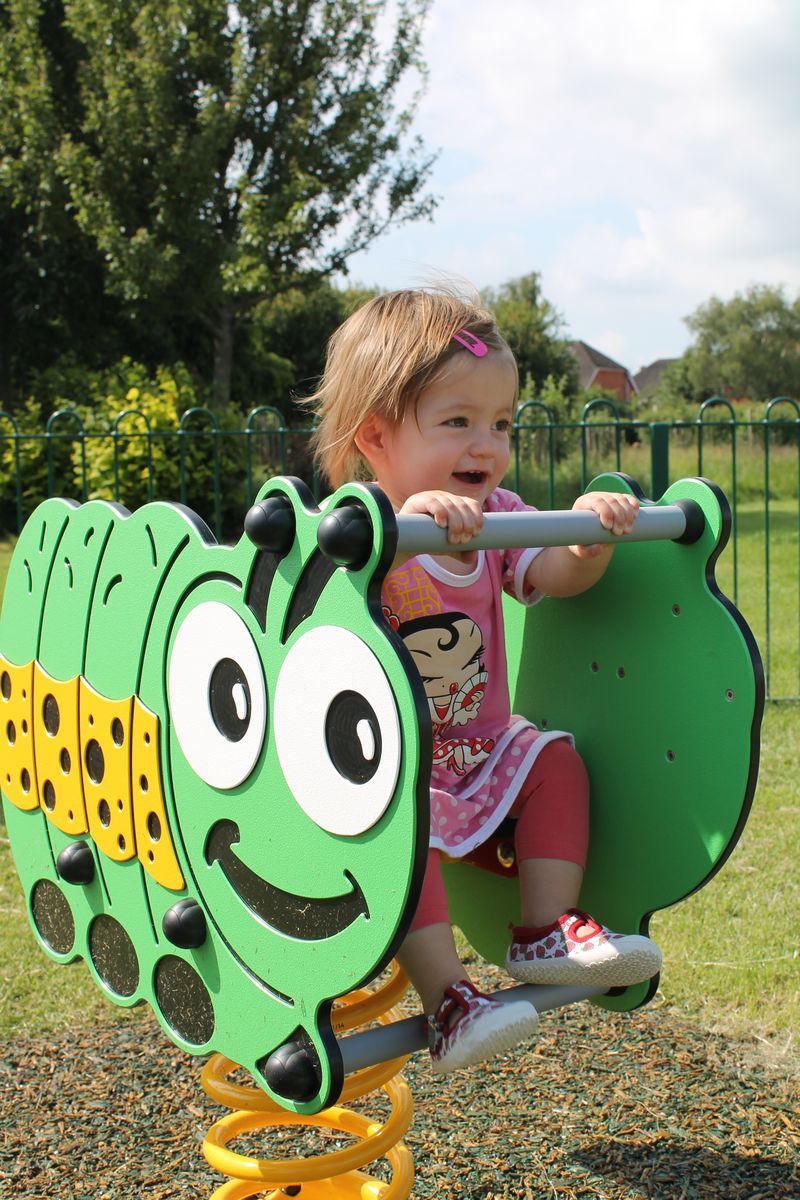 We’re quite lucky in that we have a park very near to our house.

In fact it’s very handily smack bang in the middle of our house and my parents house, which turns out to be either a pretty good shortcut directly through to them, or to sometimes use them as a rather convenient pit stop for a quick cuppa or a loo stop on the way back through the park to our house from our local town.

The park is pretty normal as parks go, not huge, but certainly big enough for a football pitch or two and a kids play area.  The play area is currently undergoing a little much needed refurbishment.  Before now it was more for use by older children as just had larger climbing frames etc, but they have now added a few other playthings to cater for our little toddlers too.

It also looks as though space has been prepared for a small swing set and a little roundabout so H is so excited and can’t wait!.

Its lovely really, as the park seems to have been given a new lease of life.

Generally, an awful lot of parks I’ve come across in the past have ended up as local haunts and hangouts for big kids, teenagers or adults who just seem to loiter on the swings using them as seating areas (or hideouts!!) who are really quite daunting and off-putting to a mum on her own with young children.

But at the weekend the scene had dramatically changed.  There were lots of parents and grandparents with children of all ages using the new equipment.  The atmosphere had changed so much that all the parents got talking to one another whilst our children took it in turns to go down the slide or along the bars. It had turned into a really social environment.

I also love the fact that the play area is fenced in.  For two reasons.  Firstly, it makes the area a much safer environment for your children to run or toddle around in. With two of them you practically need eyes in the back of your head so it’s good to know there’s a large fence between them and escaping from the park!!!!

Secondly, dogs aren’t allowed in unless kept on a lead.  Now, I really love dogs and have had m own in the past, but you can just never be too careful when your children are involved,  so I think its just better to be safe than sorry and again the fence is a nice little safety net!! We really found we could all relax in the knowledge that our children were safely penned in!!!!

I suppose now I just hope our little park stays as the nice play  area as it right now.  It would be such a shame for it to be vandalised like so many others.

anyway, at least in the mean time we can enjoy it and make the most of it, especially with the longer, warmer summer days here to help!

More photos to come when we test drive the new additions!!! 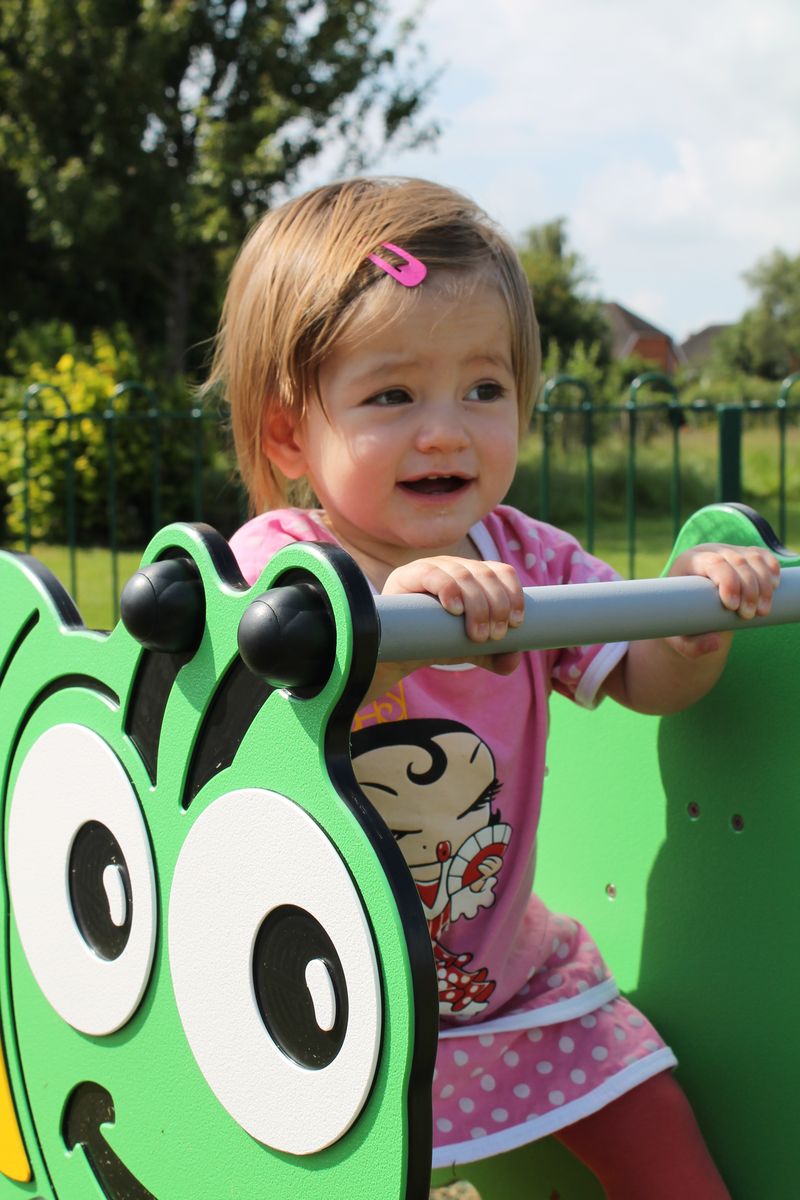 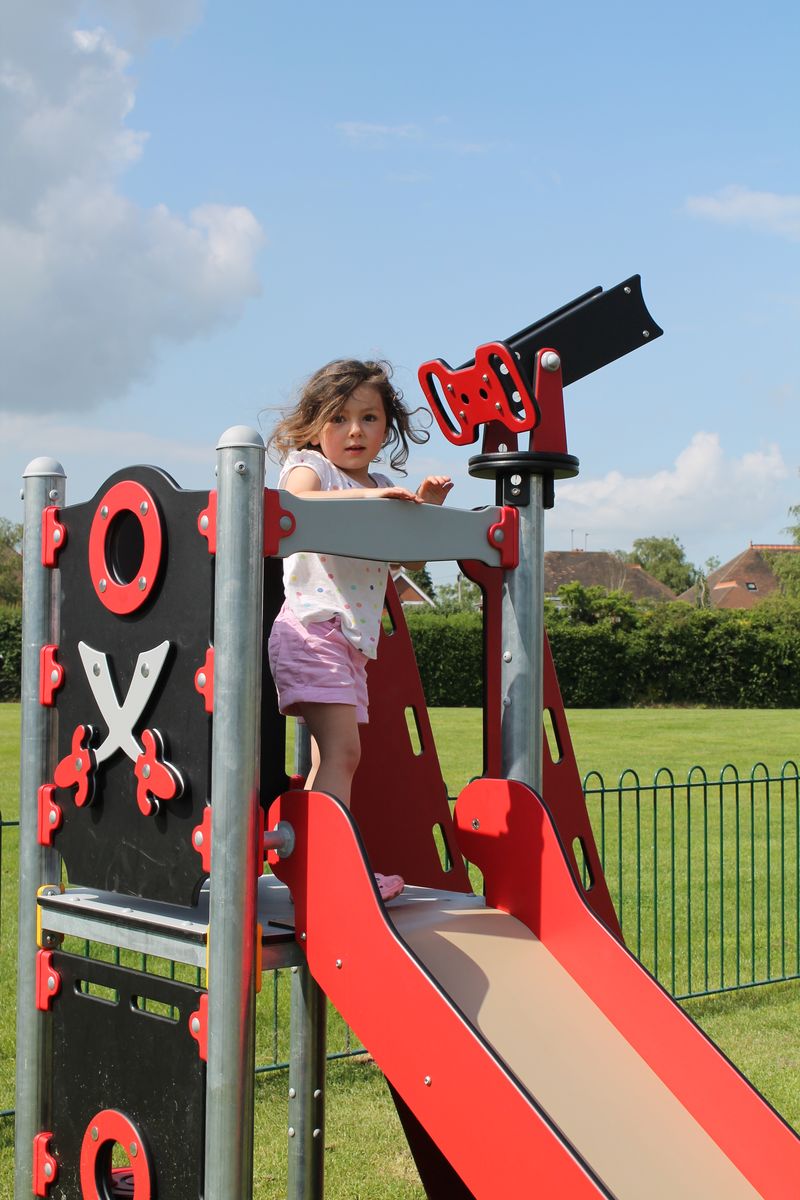 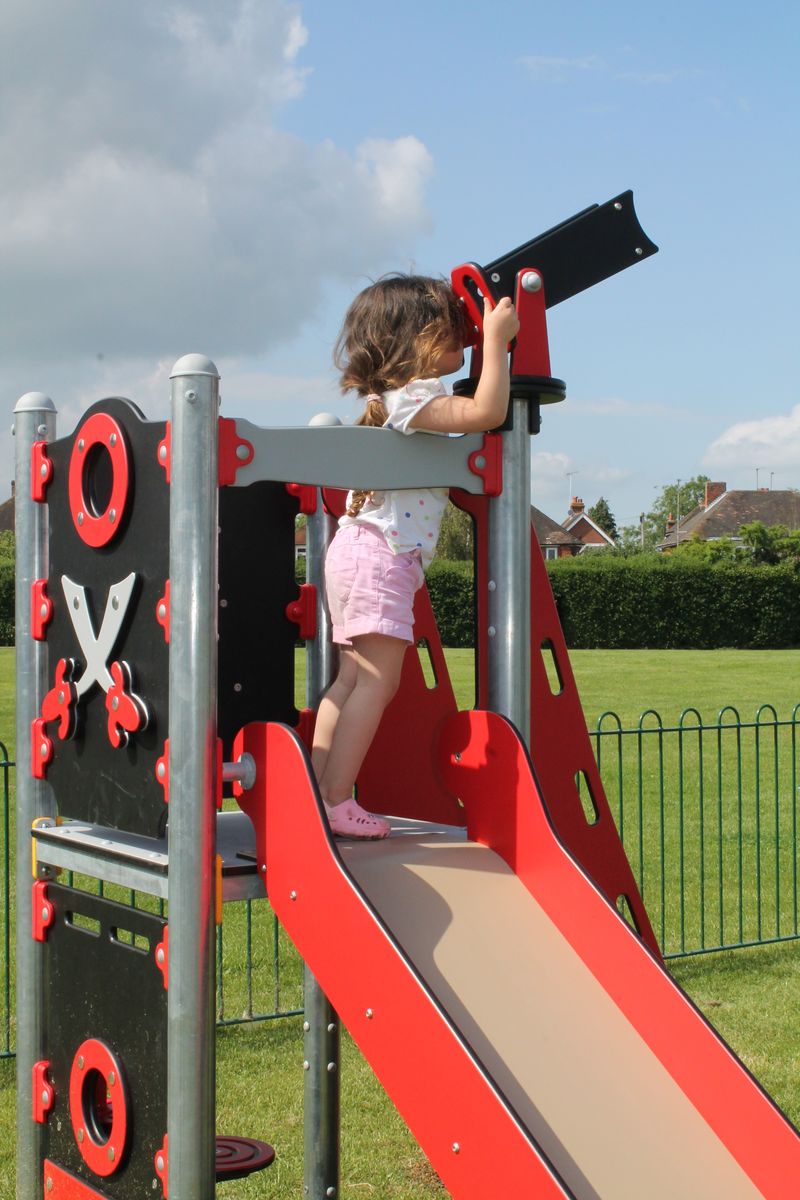 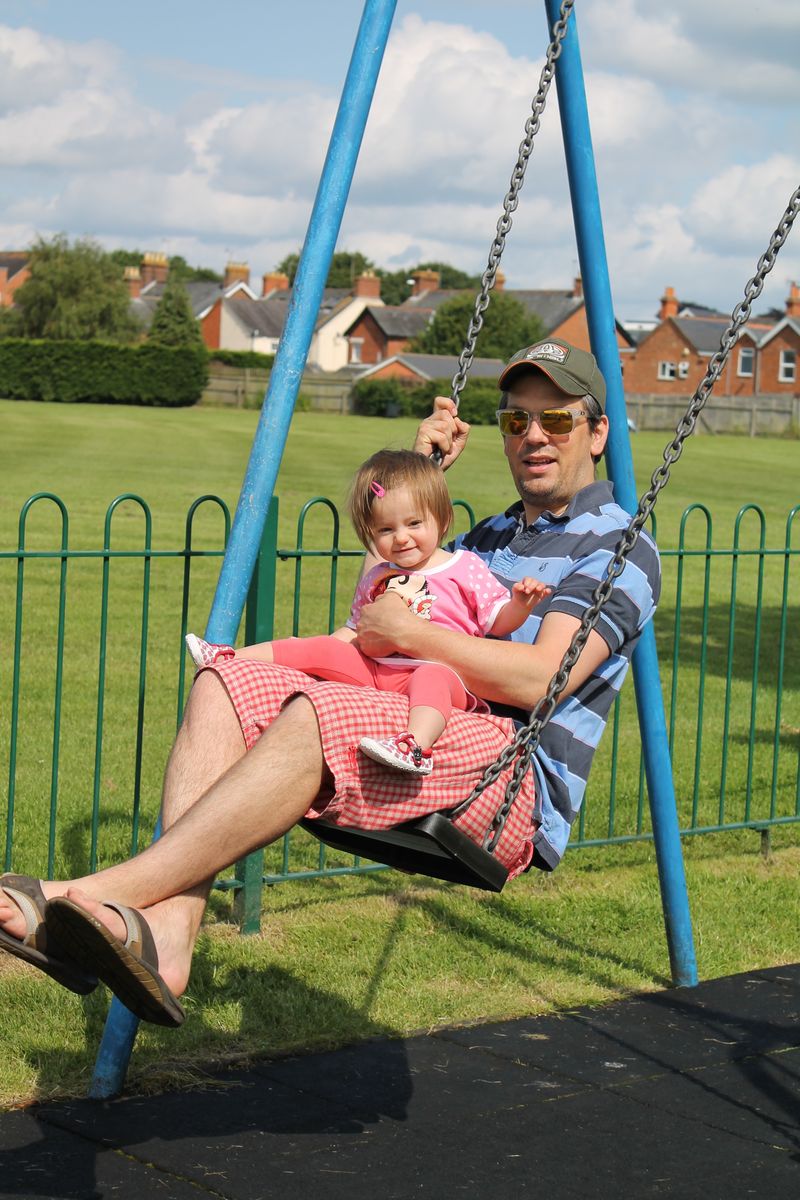 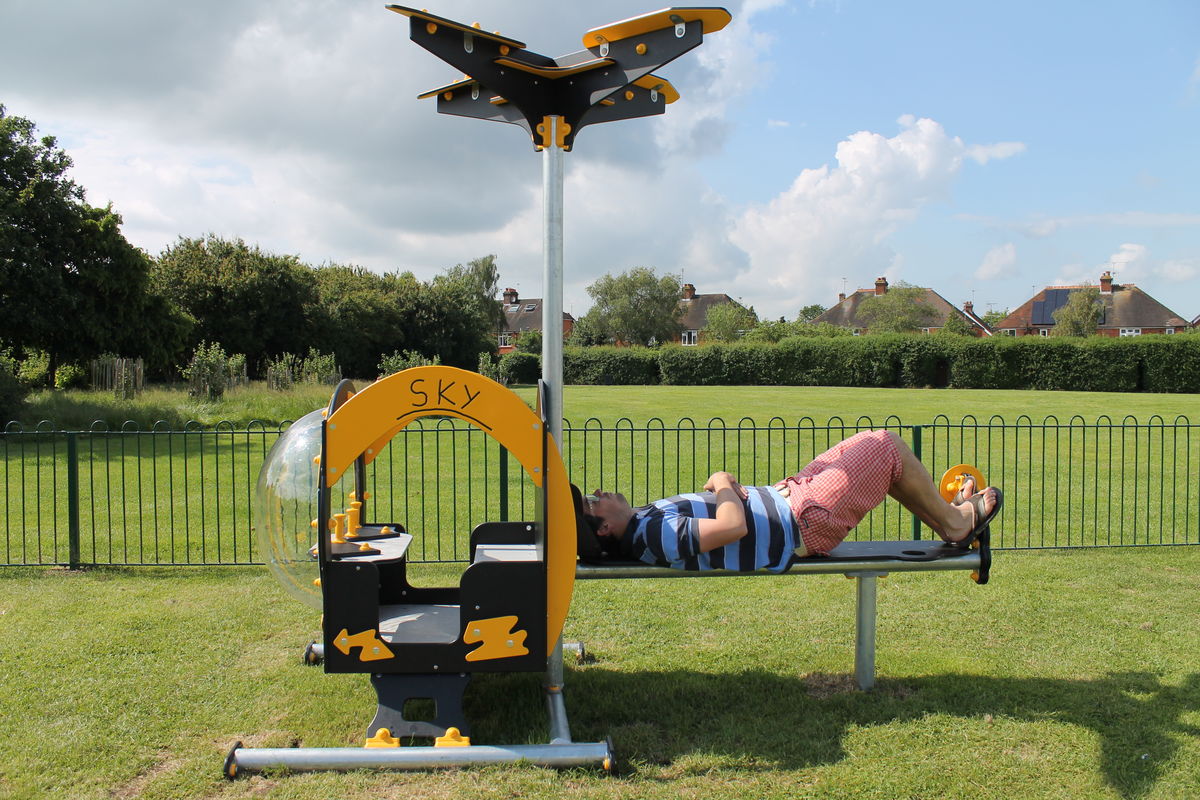 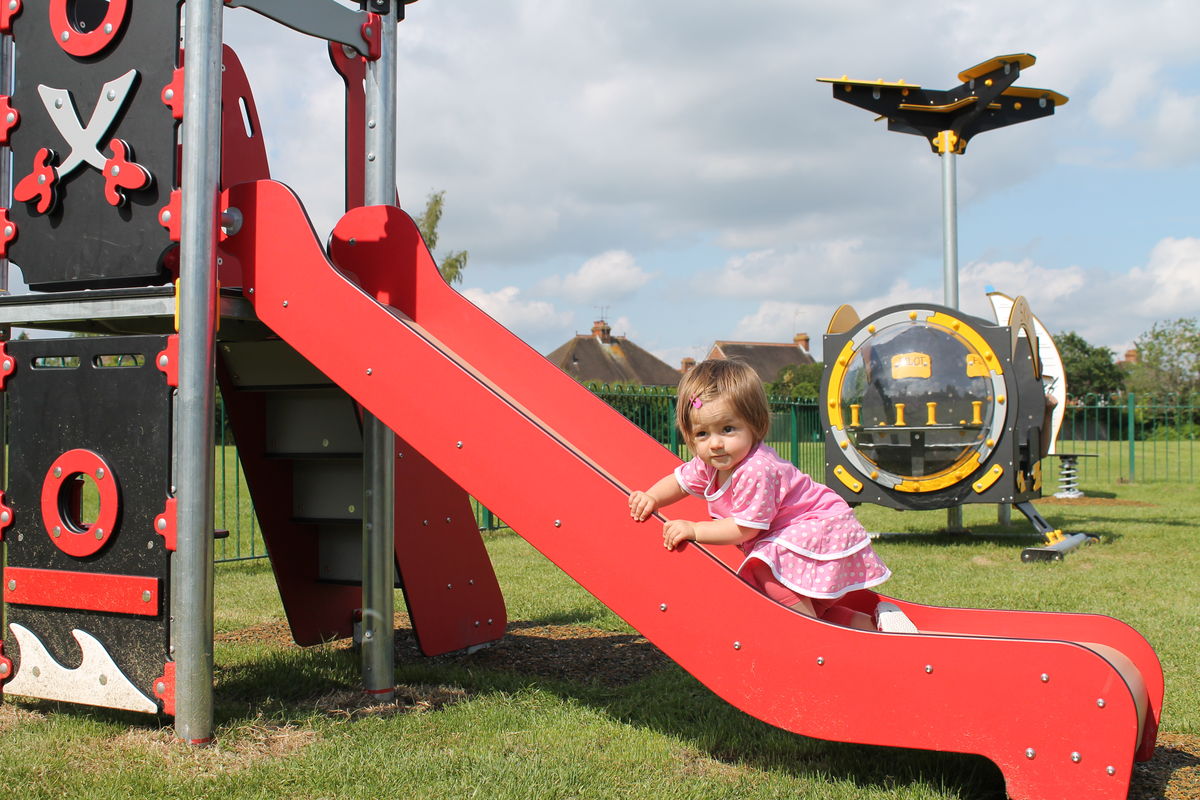 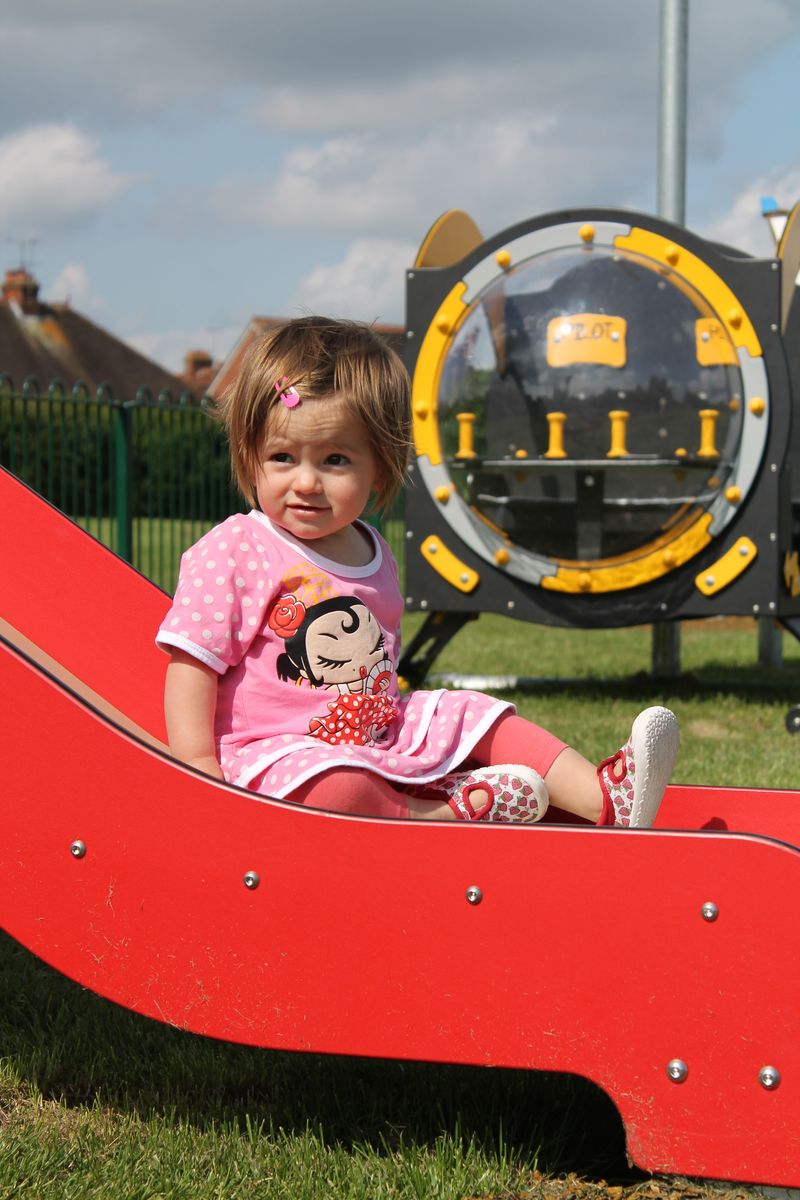 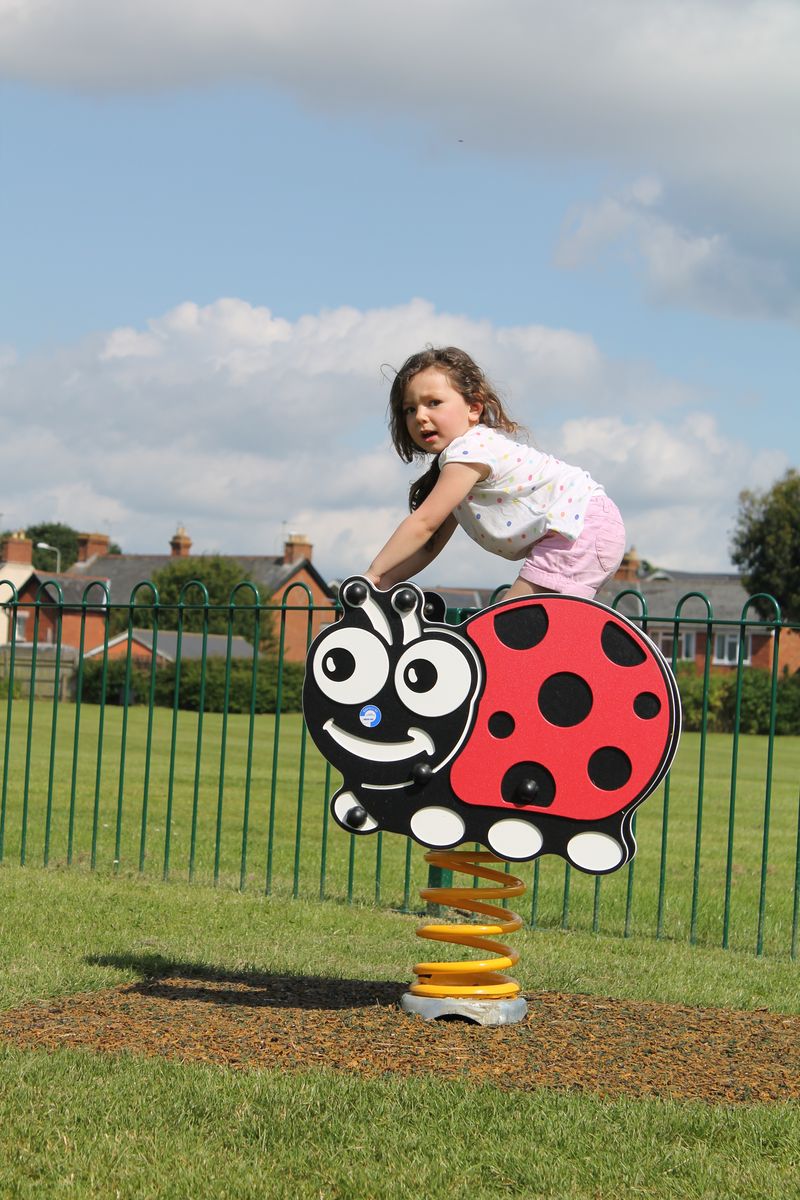 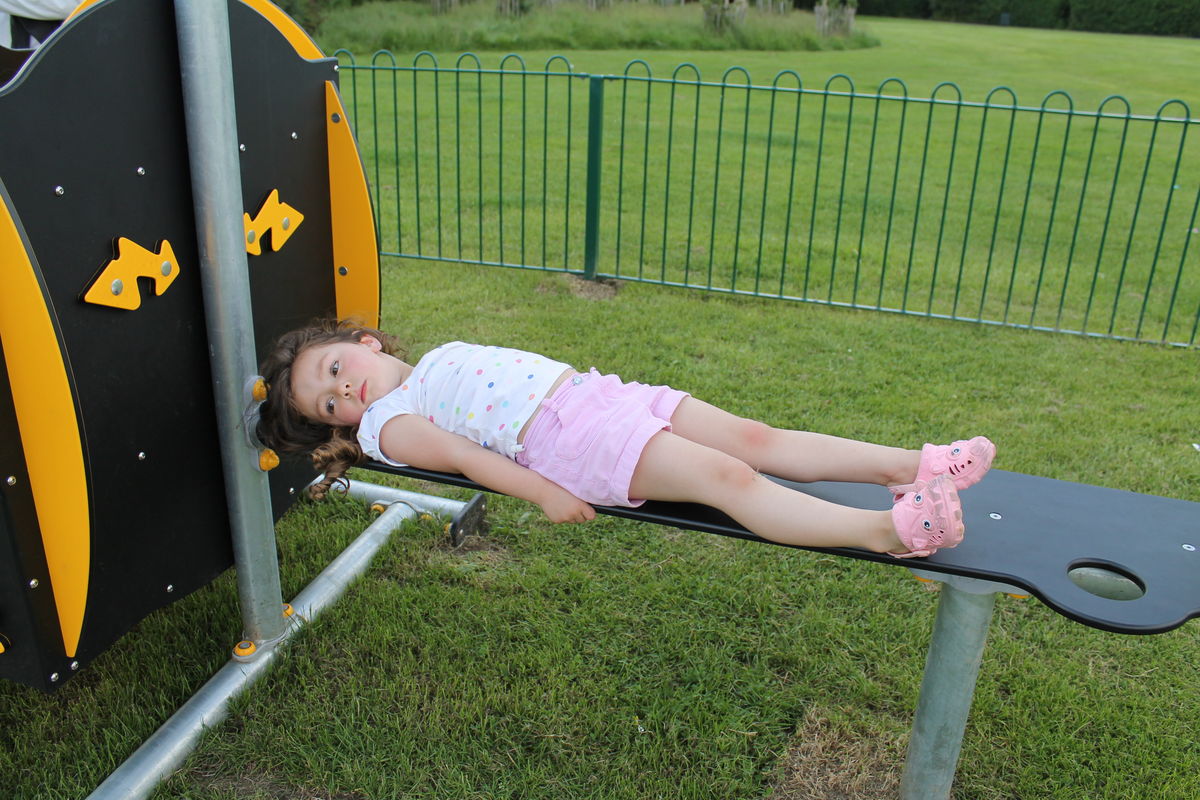 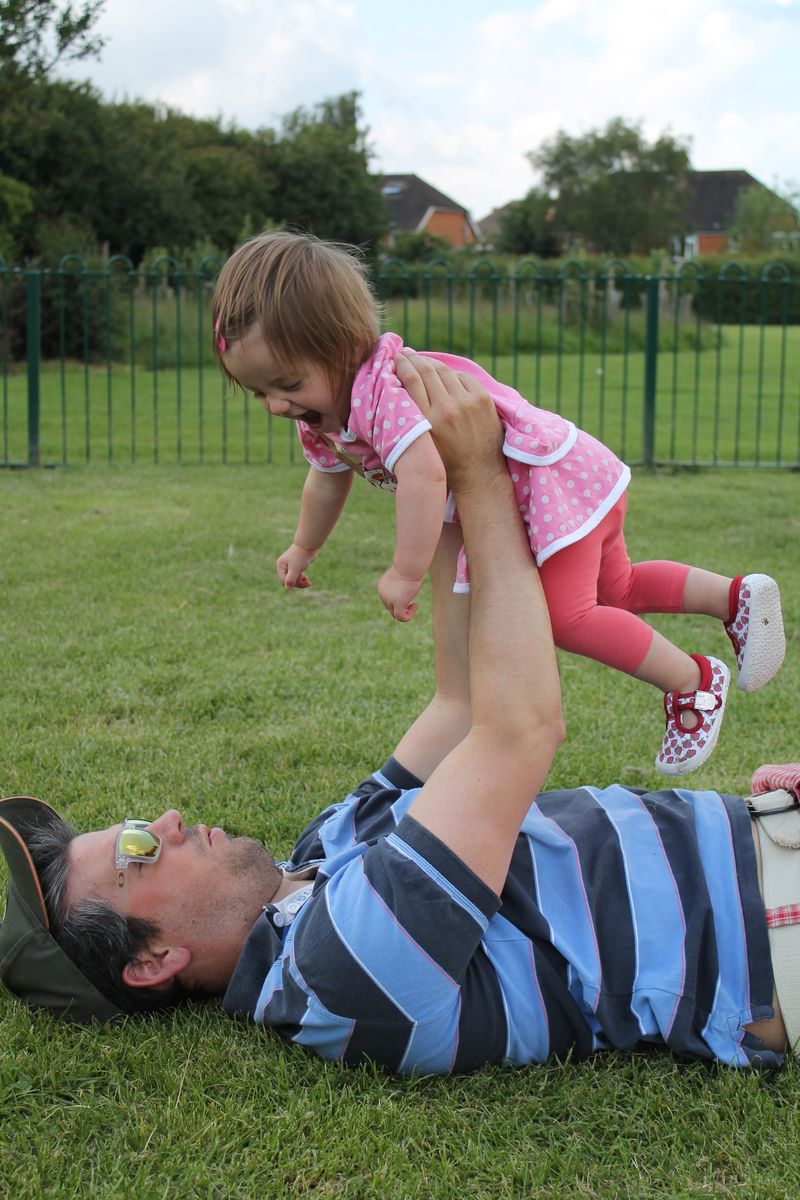 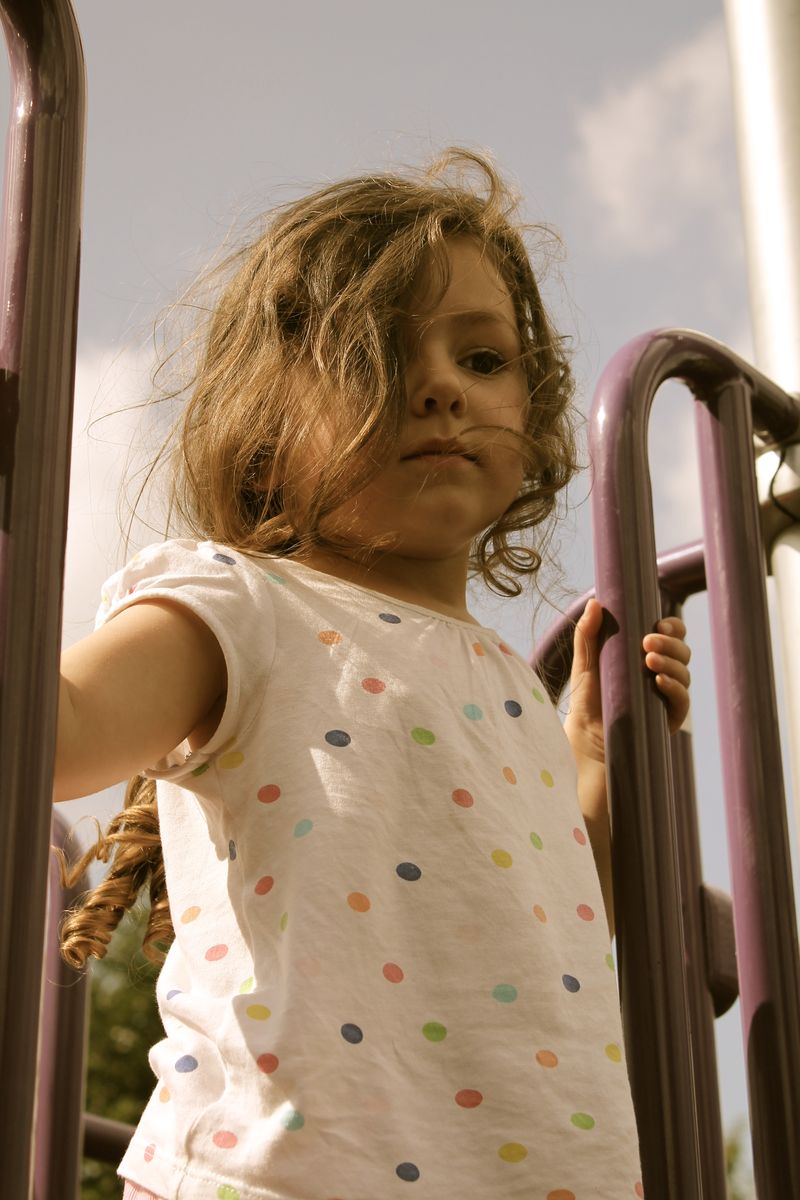 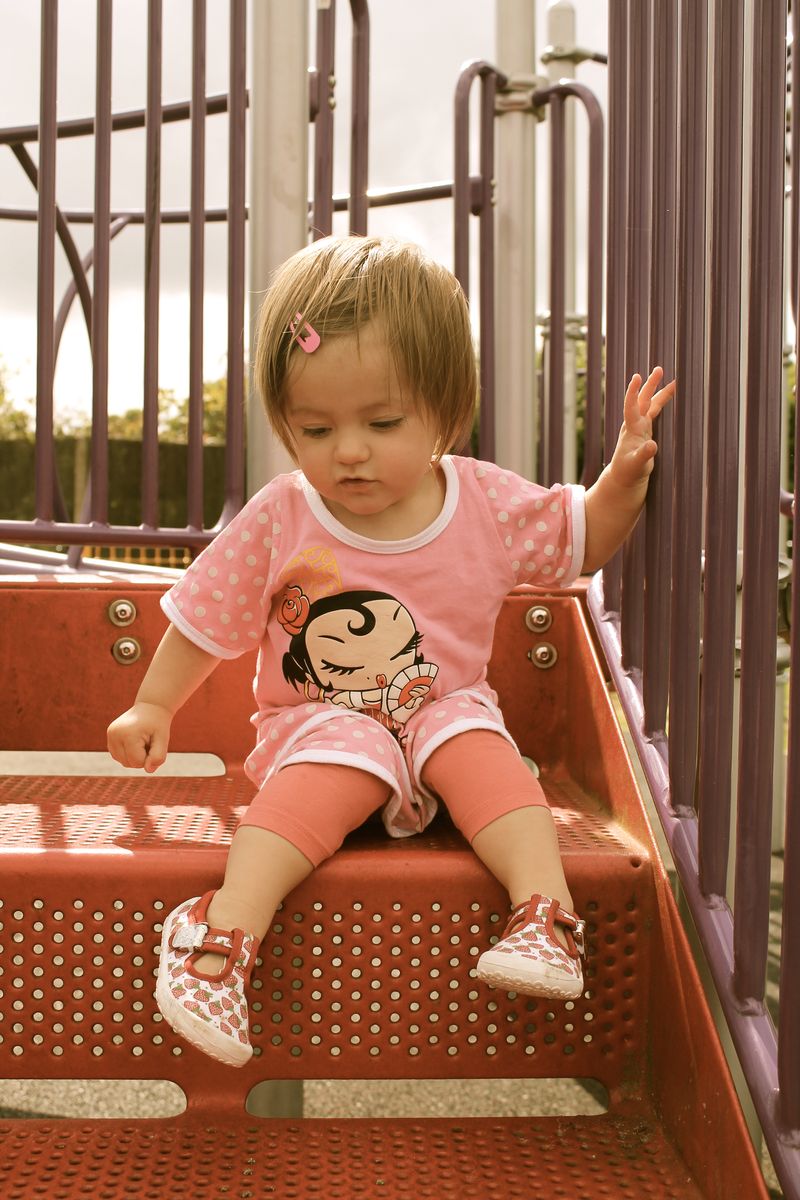