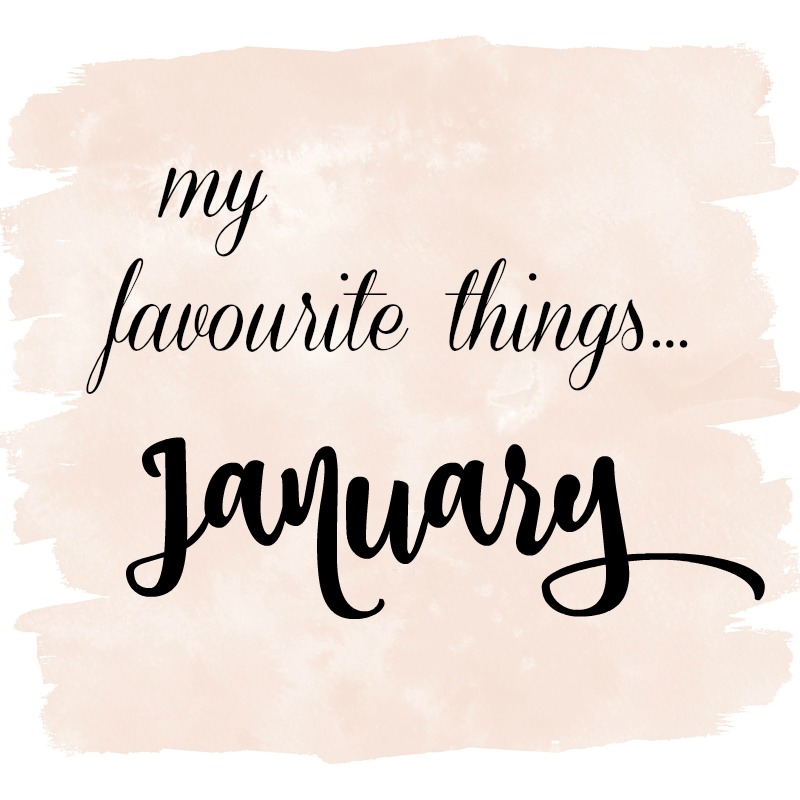 So, 2016 has well and truly begun, with January, the first month of the year nearly over already.

It seemed to go on for ever don’t you think?

In amongst this was of course Blue Monday, where we were all meant to have experienced the worst blues of the year I think, though I must say, firstly I really wasn’t aware of this fact and secondly, I don’t think I was feeling any bluer – if that is even a word!

It just began as it normally does for me.

Yes, I’d have much preferred to have won a fair chunk of that £66 million, but I didnt, so it’s just onwards with the normal day to day office grind.

But enough of that. This is a post about the nice bits.

I’ve decided that each month I want to have a little look back and see what’s made me smile.

So, here are some of my favourite things this January…

Yes, I know, it’s normally all about Netflix isn’t it?

But for some reason I was absolutely desperate to watch a certain tv series, which I could only find via Amazon Prime.

Being a bit ditzy, I must admit I didn’t know Amazon streamed tv and film, so when I had to join up to get something urgent delivered the very next day, (a poncho for Centerparcs which turned out to be way too big anyway), it came in extra handy when it allowed me to watch my my much sought after tv series.

Which leads me nicely on to the tv shows I’ve loved this month.

The Fall was what I was so desperate for from Amazon Prime, as I am besotted with the rather delicious Jamie Dornan. Yes, I know he’s a very evil serial killer in this particular show, but I still love him. It’s a really good thriller and I just cannot wait for them to release the new series.

I have also been poorly this month with flu and was unfortunately in bed for about two weeks. Yes, this wasn’t exactly something I’ve loved in January, but what it did allow me, was the time to blitz the whole box set of Orange is the New Black. I know, I know, I’m totally late to the party again, but for some reason I never really fancied it. Boy, how wrong was I!? Absolutely superbly written tv series, and again I’m just waiting on tenterhooks for the next season to air!

The excitement and anticipation of a new year

Last year was tricky, so it goes without saying that we were rather glad to see the back of 2015. It was difficult for so many of the people I love around me, be that family or friends, so I think we were all a little relieved to see the start of 2016.

I just get the feeling there’s a slight spring in people’s steps, a hint of a sincere and genuine smile at the corners of their mouths, which has had to be slightly forced for the past year; where they can finally see the light at the end of a tunnel.

I feel that 2016 is a fresh and brand new canvas to write our exciting next chapters on. It all seems quite perfect at the moment. This certainly makes me smile.

A new year brings new and exciting things to look forward to, no matter how large or small, all of which though, matter.

You can read about everything I’m looking forward to this year right here.

Yep, it’s a bit of a first and perhaps even a bit of a milestone for us in the midlife mummy household. Seriously, my parents nearly cracked open the champagne!

You can read more about why we finally decided it was time to do this here.

Their first visit was to do a massive deep clean of the house. This is partly because we are only having them visit us every fortnight, as unfortunately money doesn’t grow on trees, as much as I wish it would. But their thinking was that if we had a first big blitz, it would then be far easier for the team to maintain it in the following weeks. Sounds good to me.

Anyway, they did an amazing job.

I felt as though I had stepped into a holiday hotel room. You know how it is, where they’ve tidied up your things, made up the beds, plumped up the cushions and even left the toilet paper folded into a little triangle.

I was in seventh heaven. And what’s more, it’s sort of made me a little tidier too, as I really want the house to keep looking this lovely.

Though how long that lasts, I don’t know.

I’ll be honest, I’m not holding my breath!

I’ve sort of begun the new year on a bit of a health kick.

Though in all honesty, ANY type of diet or cut down for me, is big news.

The thing is, I then came down with flu! Now, all I want to do is eat stodge and sweet stuff, but I must say that beforehand, I really had started to turn my mind around, and at last I had found a little willpower.

I plan to get back on this as quickly as possible once I’m feeling better, so fingers crossed that ever so elusive willpower comes back too!

If you’re ever needing a pick me up, I find it’s always therapeutic to go and have a good shop!

To be fair though, I never really need an excuse.

I’ve not bought much recently as we’re still recovering from Christmas, but I have managed to grab a few little things whilst out and about.

I’m totally loving two new jumpers I picked up from H&M recently. One is like a lovely mustardy yellow colour, and the other is a very nice almost steel grey. I love them as they are both so easy to throw on with a pair of jeans and with enough coverage to hide the yukky bits!

I’m also in love with a couple of new additions to my living room too. Two lovely throws. Both absolute bargains from Sainsburys!

My favourite one is a chunky charcoal grey cable knit (which I’m nowwondering whether to now go and buy a second for my bedroom too), and the second is a lovely yellow which goes fabulously with my yellow and grey living room. I do love how the yellow still always makes me smile.

Yep, I bet you’d never think you’d hear me say that did you!

Although I hate it, and it physically fills me with dread – I seem to have turned a bit of a corner.

I think I’ve said it before that I hate it, knowing I’m getting rid of memories, of items I’m emotionally tied to, some even with faces, where again as I’ve previously mentioned, I just think about Toy Story where no one loves or plays with the toys any more. I feel like crying right now you see just thinking of it!

But seriously, I can’t tell you the feeling of utter satisfaction, at knowing there’s a little less mess and general crap lying around the house!

Yes, I found it hard to actually ‘do the deed’ so to speak, so I found I had to work myself up into a bit of a mood, then grumpily throw a few things into a box, and then let Mikey dispose of it for me.

But hey, it’s progress don’t you think, and if this is the only way this is going to work, then it’s just the way it’s going to have to be.

So, all in all I think I’ve had a fair bit to smile about this month, despite the flu or able Monday. I just wonder now what lovely things February will bring.

Have you all had a good January? What’s made you smile this month?