So then, my recent ‘life grand plan’ to get back in the blogging zone again didn’t go quite according to plan, did it?!

After posting for the first time in a fair while just a couple of weeks ago, things got a little hectic and life, as it has a habit of doing for oh so many of us I’m sure, just got in the way. Which was kind of a shame really as I’d only just found I’d turned a bit of a corner was all geared up and ready to get back into the swing writing again, my head was back in the correct mindset, and I’d even treated myself to a pretty new notepad and listed a few ideas for forthcoming posts.

But, since then, I’ve been a bit of a busy bee, and with so much going on, I found my head all over the place again, and just didn’t have the time to sit down at the computer and find that focus again.  So, in a last ditch attempt to get back on track, here’s a very brief run down of the things I’ve been up to lately….. 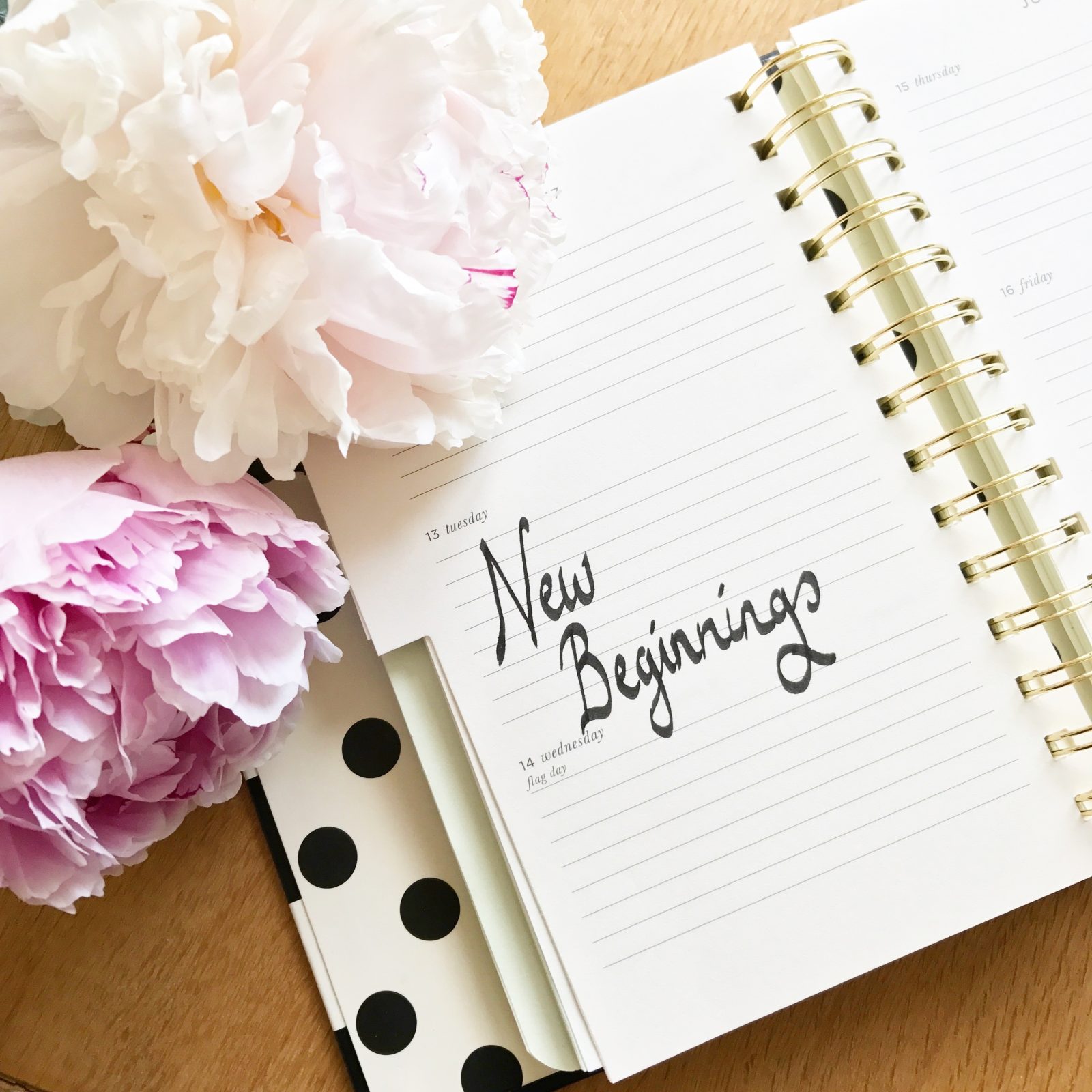 “I’m not sure if I’ve done something brave or just plain, bloody stupid”

It’s the oddest feeling in the world right now, and a week on, it still feels really strange to not be getting up and trundling off in the car each morning for a day at the air-conditioned office.

But, as I also explained, it’s not a spur of the moment thing or something which I took lightly, either.  It was something which had been in the back of mind, just brewing for a long while, but I’d never really thought there was much I could do to change things. But in the end, I just found that I was no longer ‘me’ in that role, and each day I stayed I just longed to be taking care of my family even more. At the end of the day, I still need to find a job, but jointly with my wonderful and supportive husband, we agreed we could (just) afford for me to take the time off to enjoy the school summer holiday with my girls, before Ella starts big school in September.

After that, it’ll be trawling my way through all the job listing websites in the search of something new, but until then, I feel content with my decision.

So although I feel quite scared right now as I still have to get back out there and find something new, I find this exciting, and will just put it down to the next little chapter of my life.

Prepping My Baby for Big School

How can this have come round so quickly?! How have the years flown by so quickly? And how, oh how is it that my baby girl is off to school in September?

I feel as though I could cry.

Ella has now had her second afternoon ‘settling in’ session at big school, and although I’m putting on a very brave face, I think I’m crumbling a bit inside.

I’m not sure which I’ve found the hardest. When Holly, my eldest headed off to school it was all such a major step and so new to us as a family, it felt like a really BIG DEAL. But now that she is happily settled into Year 1, it’s Ella’s turn. Our youngest. My baby!

I can hands on heart tell you I’m finding this latest transition the hardest. This will truly be the end of an era. When Holly went off to school, we found we sill had that hold on our girls younger years, as we were still taking ella to nursery each day, but that’s all about to change. The days of nursery and pre-school will be a thing of the past. And that makes me so very sad, it’s actually hard to put into words.

That said though, and desperately trying to push my ‘mummy’ feelings aside, Ella is dead excited. So I’m pleased for her, and if I’m honest, I think it makes things much easier for me. After all the years of crying her little eyes out, where we’ve dropped her and Holly at different locations, finally she now gets to go to school with her adoring big sister.

Her two afternoon sessions have been brilliant, and each time, she’s just danced excitably around the playground, eager for them to open up the gates and let her inside. She does make me smile, she has such a ‘go get em’ attitude, and nothing really seems to phase her. As they opened up the gate, she skipped, hand in hand with her little friend from the same nursery, and was proud to be asked by her new teacher (who she knows already as she taught Holly) to lead all the new pupils into their new class, as she knew where she was going.

On Monday she’s there for the full day. I’m not sure yet how it will go, but again, she’s pleased as punch this time around that she might get to see Holly in the playground at lunchtime, so I’m thinking she’ll be just fine.

Me on the other hand….. well, that’s another story!

With the new time afforded to me, I’ve jumped head first into the social side of school mum life. I joined the school parents committee about a year ago, but with work and other other things, I never found the time to commit to all the activities and meetings the committee planned for the school.

So recently, with more time to give (and after a few gin’s too many at the last meeting!), I found myself volunteering to be on the games team for the school fair, to help out at the leavers school disco and to organise the quiz night.

As a result, these last few weeks have not really been my own, as there have been many days in the school, meeting with fellow members to discuss school fete games, scouring the internet for prizes and even making a Play Your Cards Right game for the night.

The fete was last Friday, and went amazingly well, but I must admit whilst it was all such great fun, and so lovely to meet even more other mums, I’m kind of pleased to have my time back again. Until the next event that is!

Summer Do’s and Going Out Out!

Not only have my days been full lately, our evening have been pretty darned chocker too! (Is that even a word?)

Last weekend was a bit of a late one, with a night of cocktails and dancing and raising a glass to my sister for her birthday, and the weekend before that, we hosted a BBQ and Gin Cocktail evening for another group of friends.

It’s fair to say, that I’ve felt pretty rubbish each Sunday, but the nights have been so lovely, I wouldn’t rewind and change a thing.

We were so lucky with the weather for the gin cocktails evening that we even moved our dining table out into the garden (we’re still on the hunt for a patio/outdoor table). Plus it was the night before the Summer solstice so the long and beautifully balmy evening lasted well into the early hours of morning, with lanterns and candlelight to keep us going. 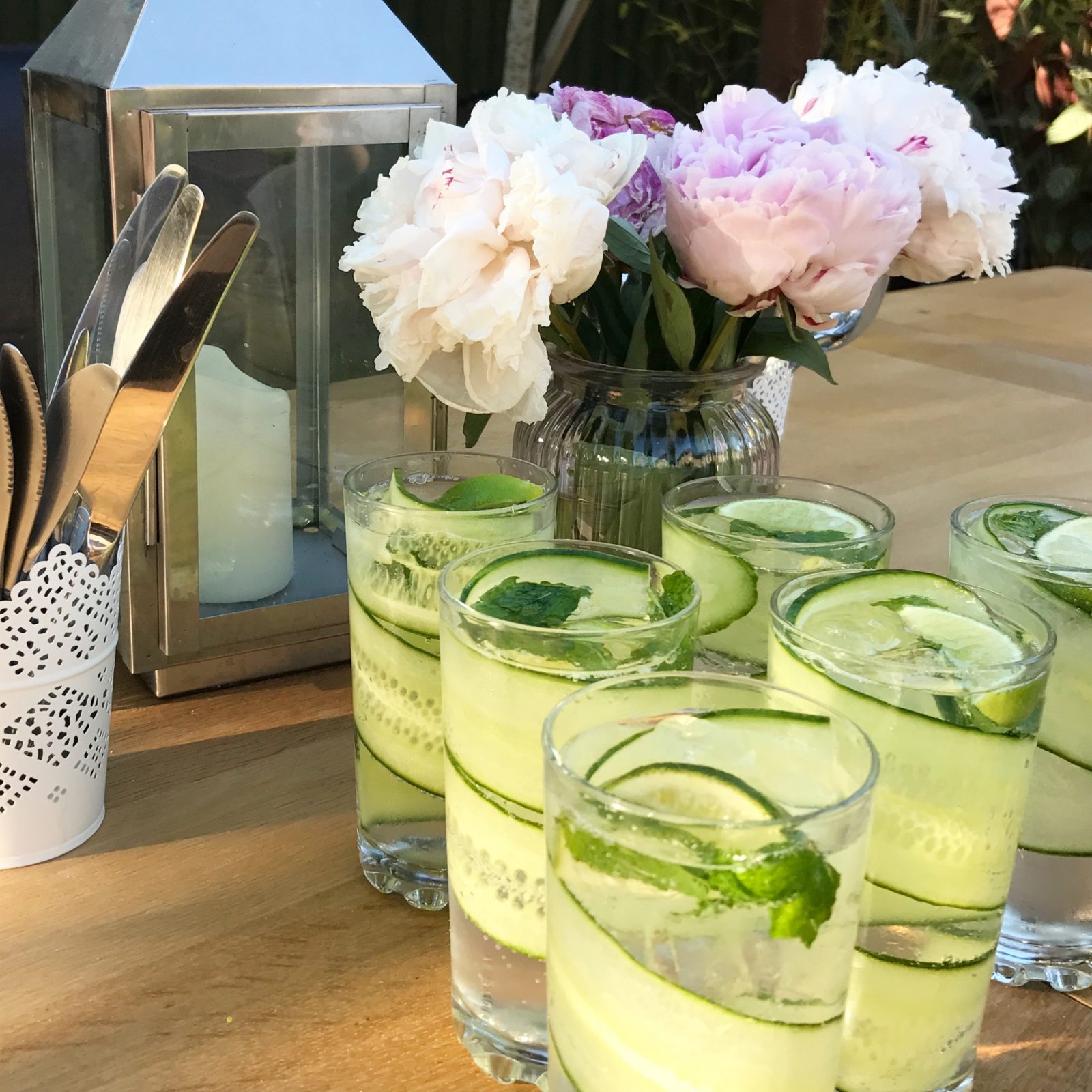 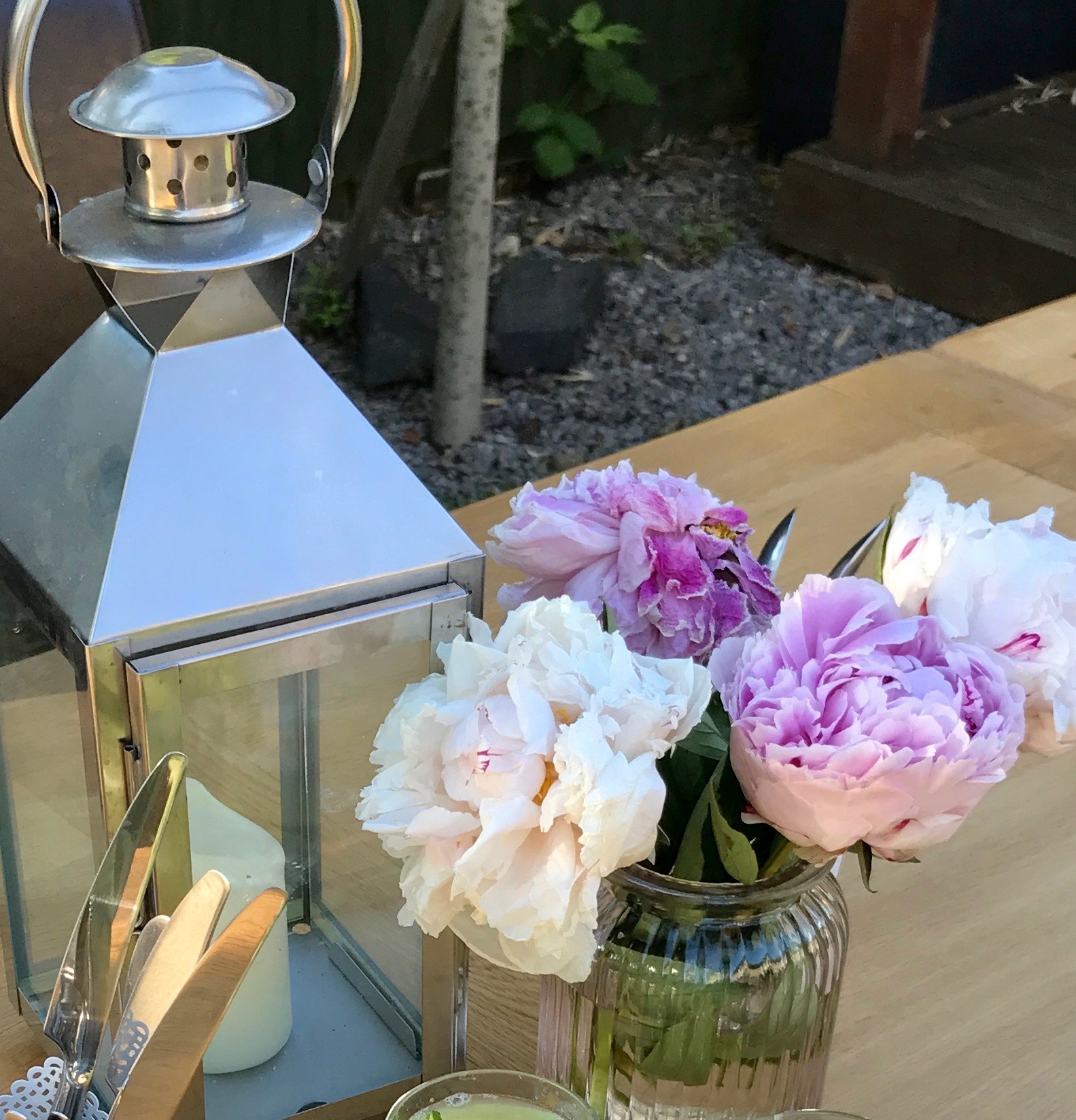 Enjoying some downtime in the sunshine

Having so much time on my hands all of a sudden, I must admit that in amongst the busy periods, I’ve pretty much just wanted to crash, and have found myself on the sofa in front a film on a couple of occasions. I think it’s just the ‘comedown’ kind of feeling after leaving work. I’ve decided to allow myself just a couple of weeks to be lazy, just to let my brain completely unwind, and then I’ll pick up the pace again and get on with all those little chores that always have to wait until weekends, if they even happen at all.

I’ve also been extremely lucky with my timing. Just in the nick of time for that utterly amazing scorcher of a heatwave we just had (as it happens, the hottest temperatures since the year of my birth!). Which I suppose was a mother reason for being lazy. I was just too darned hot to do anything else, so obviously I had to try out my lovely new sun loungers and just bask in the sun, soaking up the super rays!  I will admit too, that I had the odd dip in the kids paddling pool too. 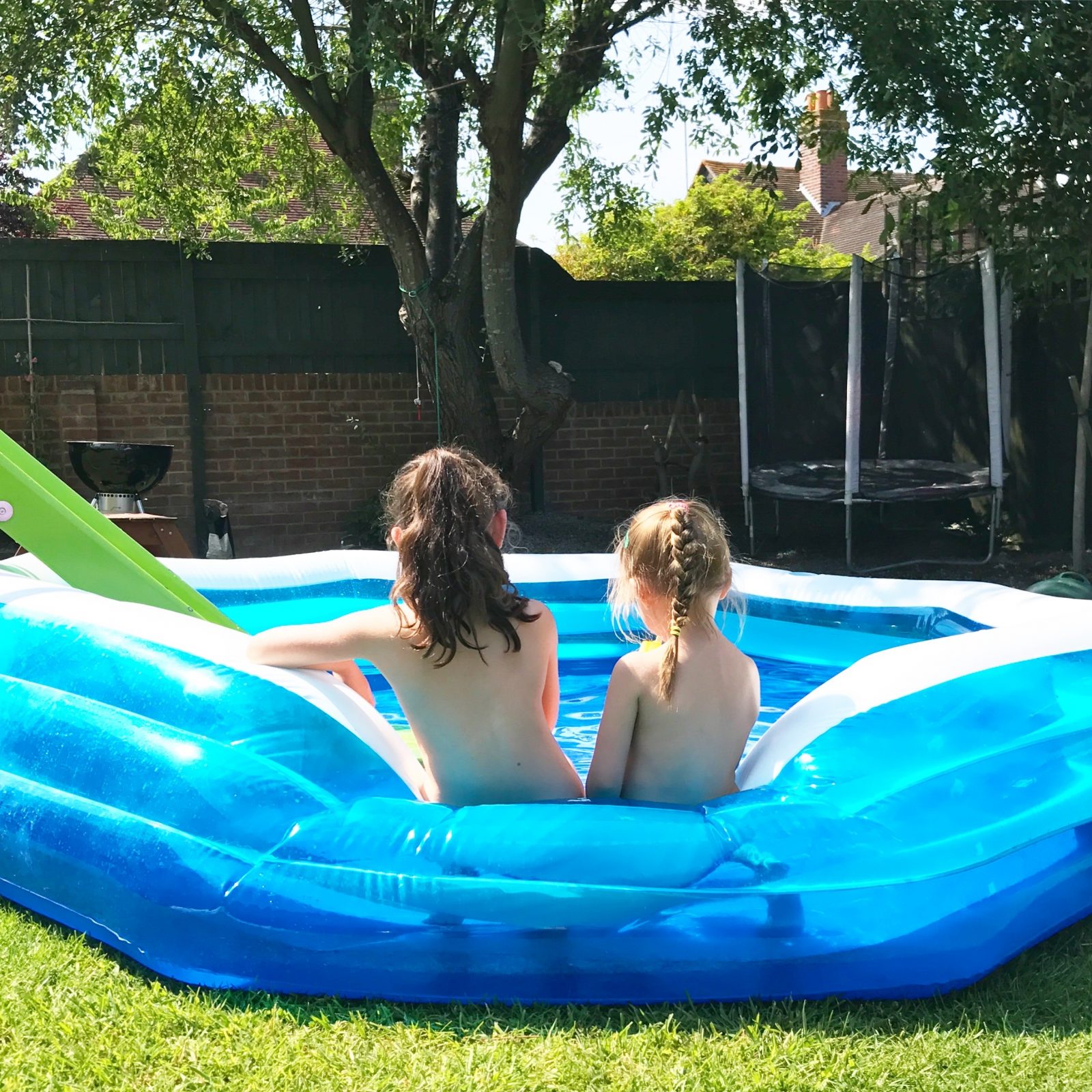 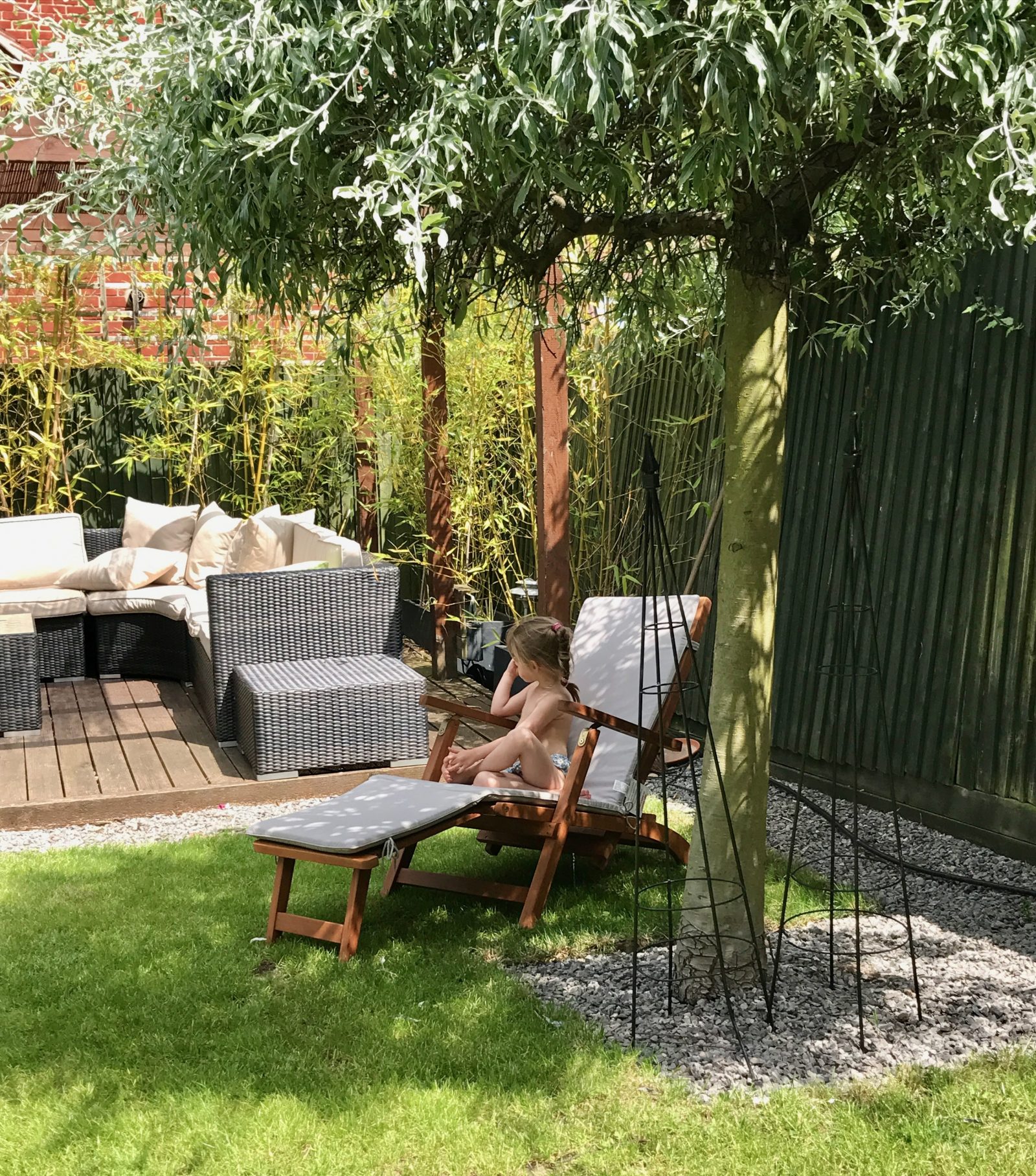 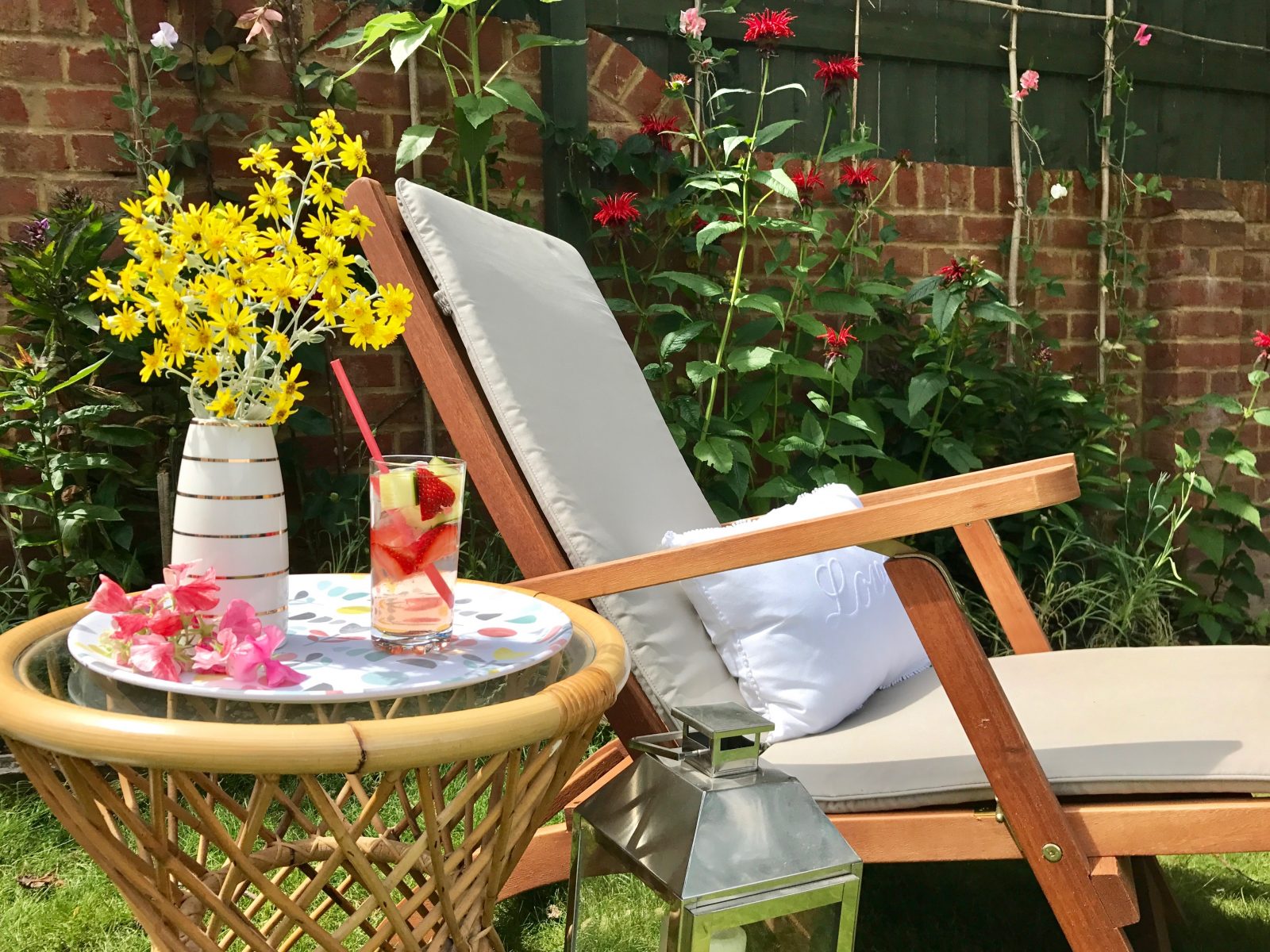 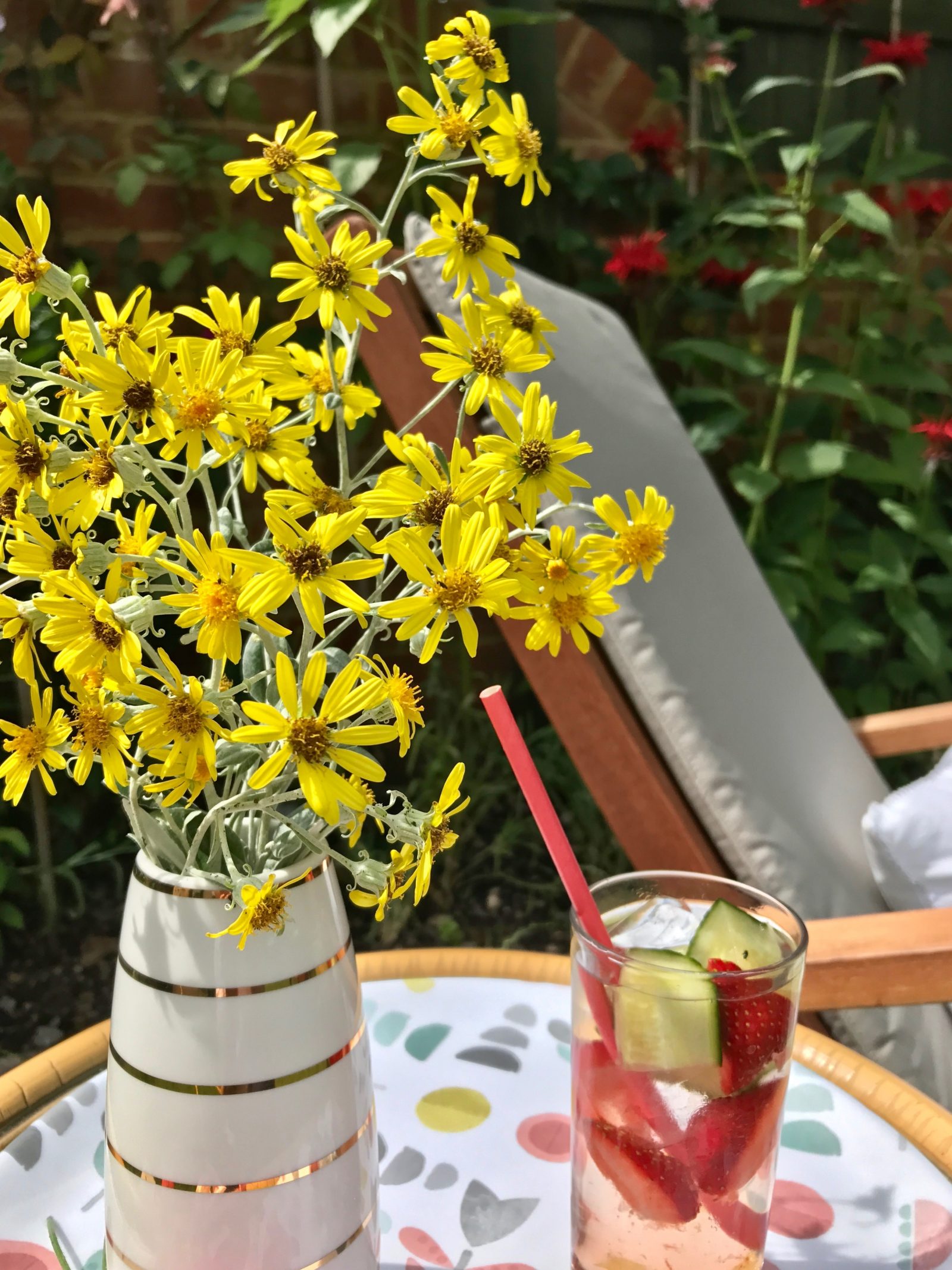 Prepping for our holiday

It’s not long now until our holiday too. We’re off to Cape Verde for 10 nights with a group of other families, which I think will be a complete blast!

But obviously, any holiday requires planning, right! So again I’ve been hopping off into town for lots of shopping trips, ordering as much as I can get away with from Amazon, and spending lots of time lying everything out in the spare room (who else does this??) generally getting excited!