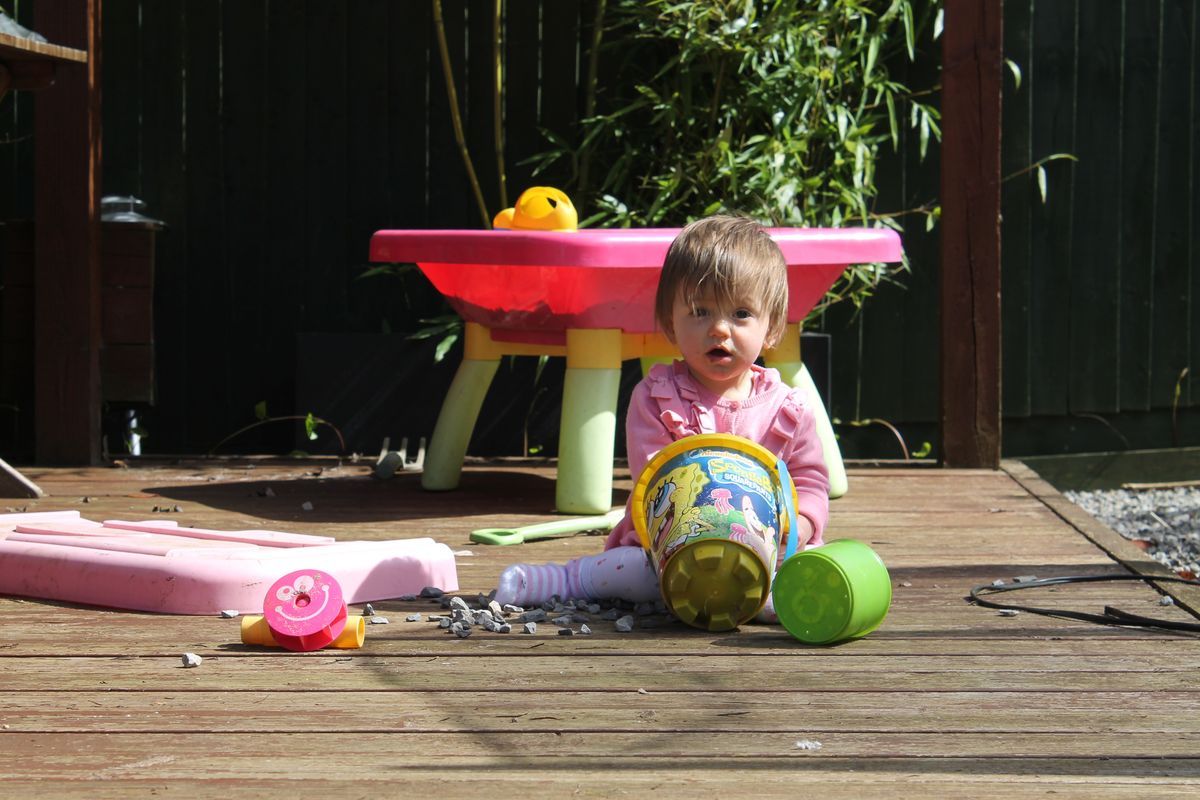 Now, things are a little tight at the moment for us so we tried to make the most of the long weekend without spending too much money. And, as only just into my second week of temping, I’m still awaiting that long overdue pay check!

Mr B can’t wait either for that matter! It’s been a long time since there was a double income coming in!

So anyway, what did we get up to?

Well, Friday started with a fabulous and much needed lie in, with tea and toast in bed. Now although this may sound tremendously relaxing and indulgent, I can assure you it wasn’t. All I can say is hooray for our new super king bed!!! (It really is super too!!) We can now fit our little family of four quite comfortably in bed, though, again, it’s still not that relaxing!

H is demanding cartoons, while the E is pulling on H’s hair, H starts screaming or crying, so E one joins in. Then both of them wipe away their tears and tantrums and start using the bed as a trampoline!!

I love them but they are exhausting!!

We then just spent the day chilling out around the house, doing lots of odd jobs, sorting out the garden and playing in the sunshine.

Which reminds me – I really must replace the sand in the sandpit!! Ours looks like a big sludgy mess at the moment and I’m really not sure how sanitary it is anymore!?!?! 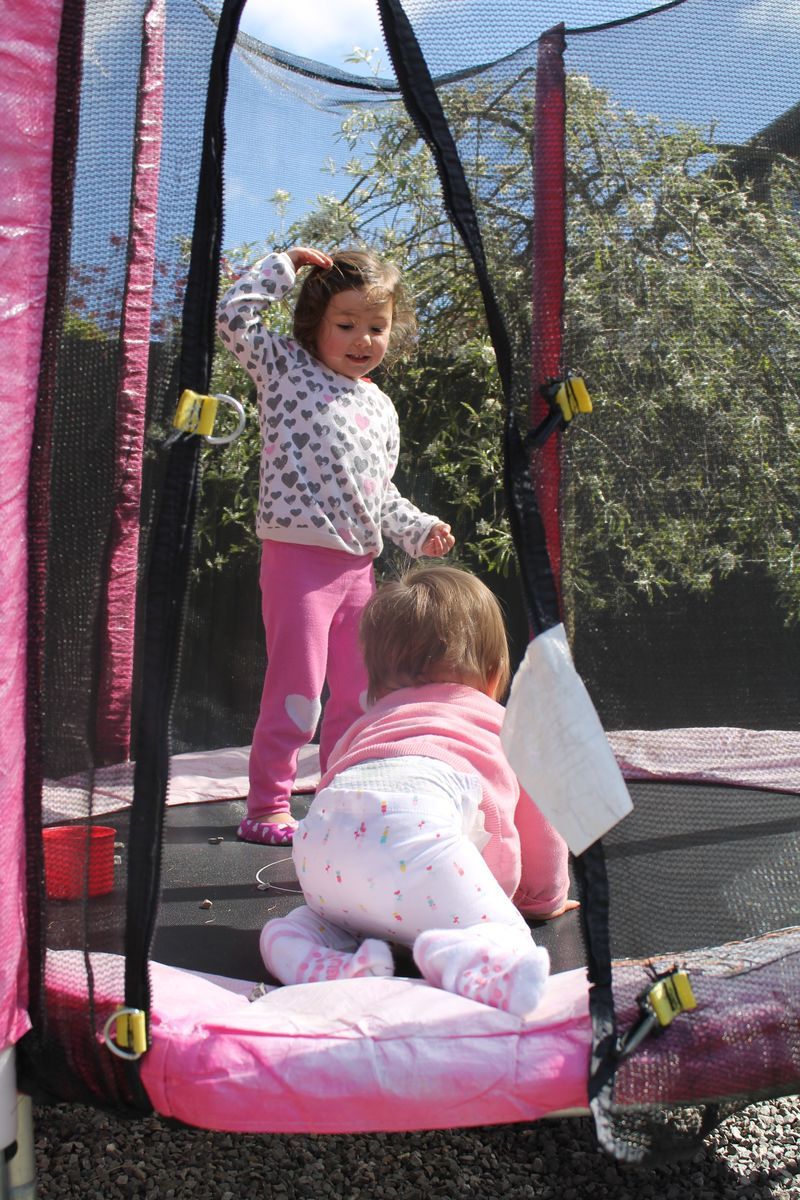 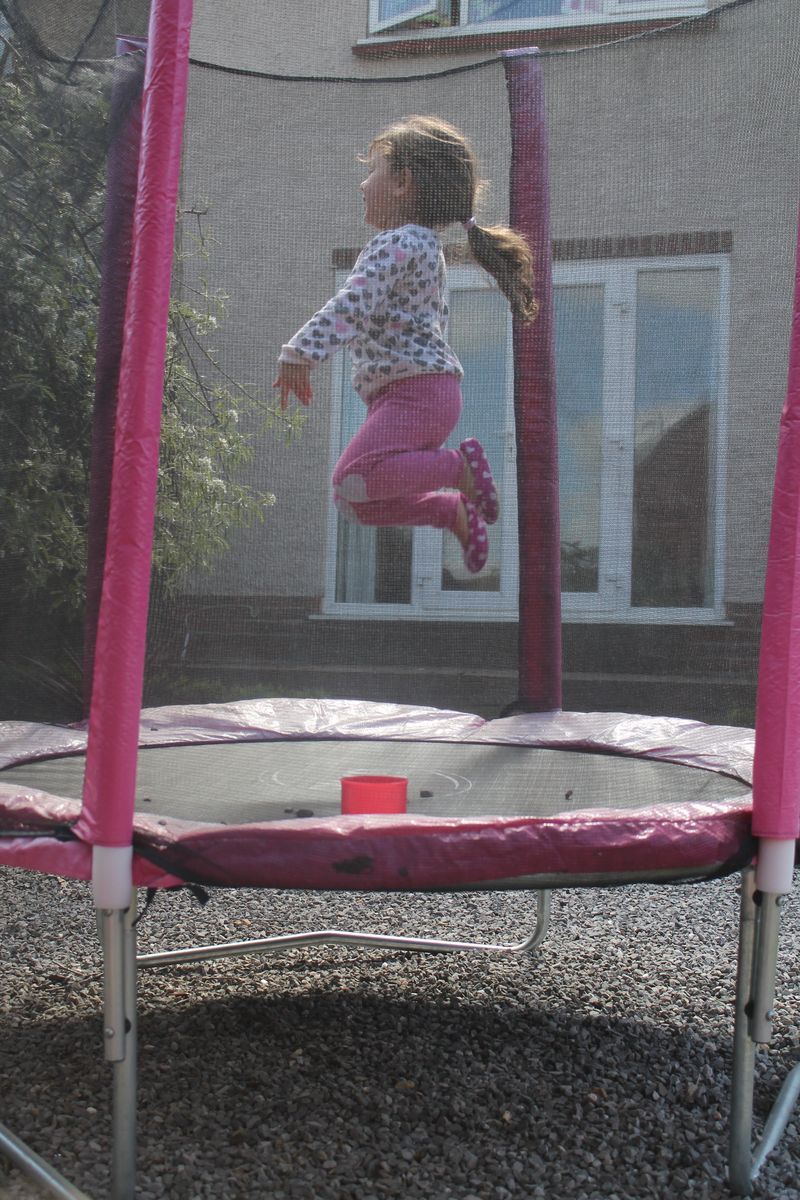 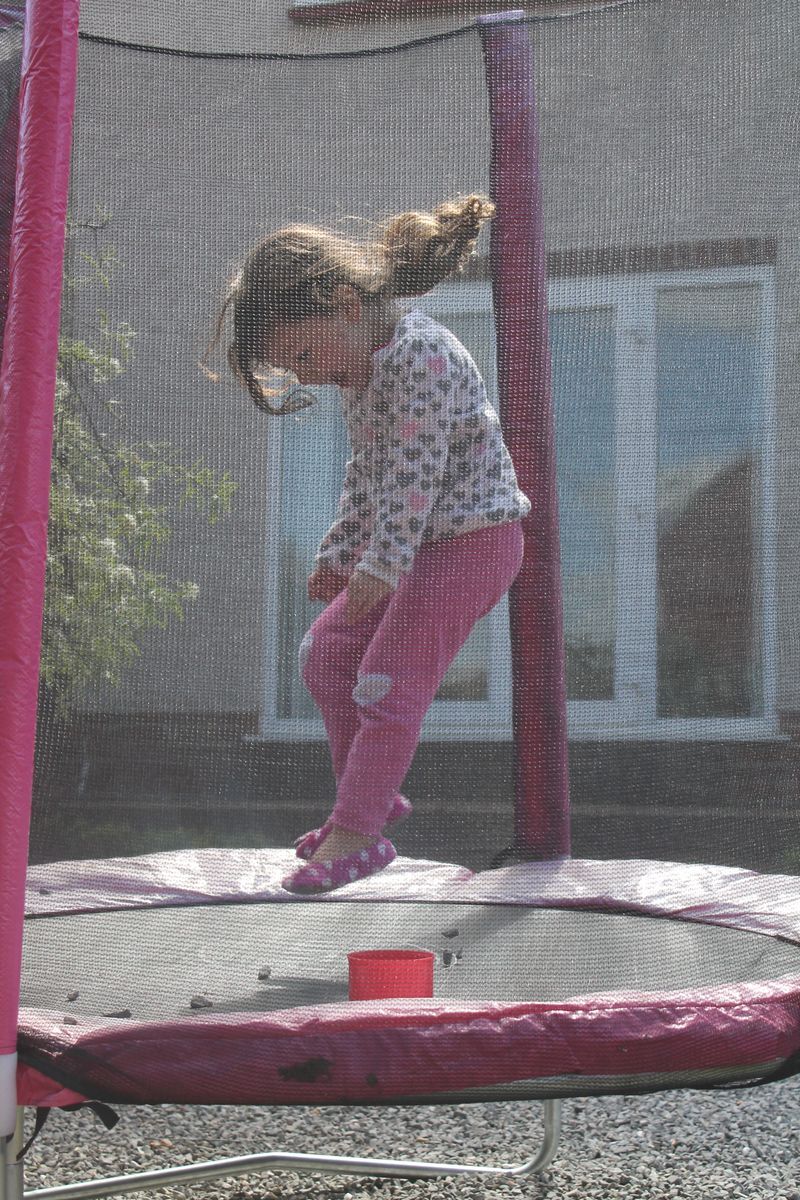 Now although I absolutely love going out and spending time with friends and family, sometimes it’s just those normal run of the mill type of days that can mean the most. 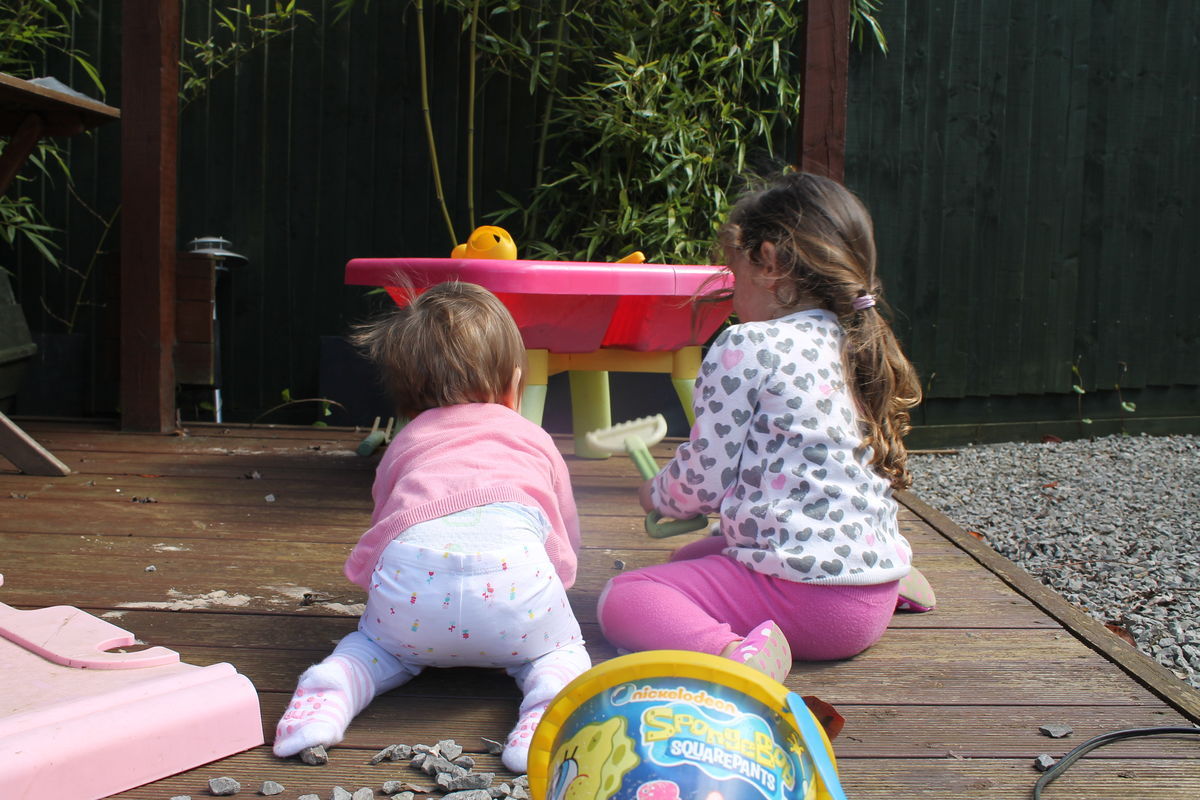 But just watching them together is wonderful and they’re moments I want to lock into my memory forever!! 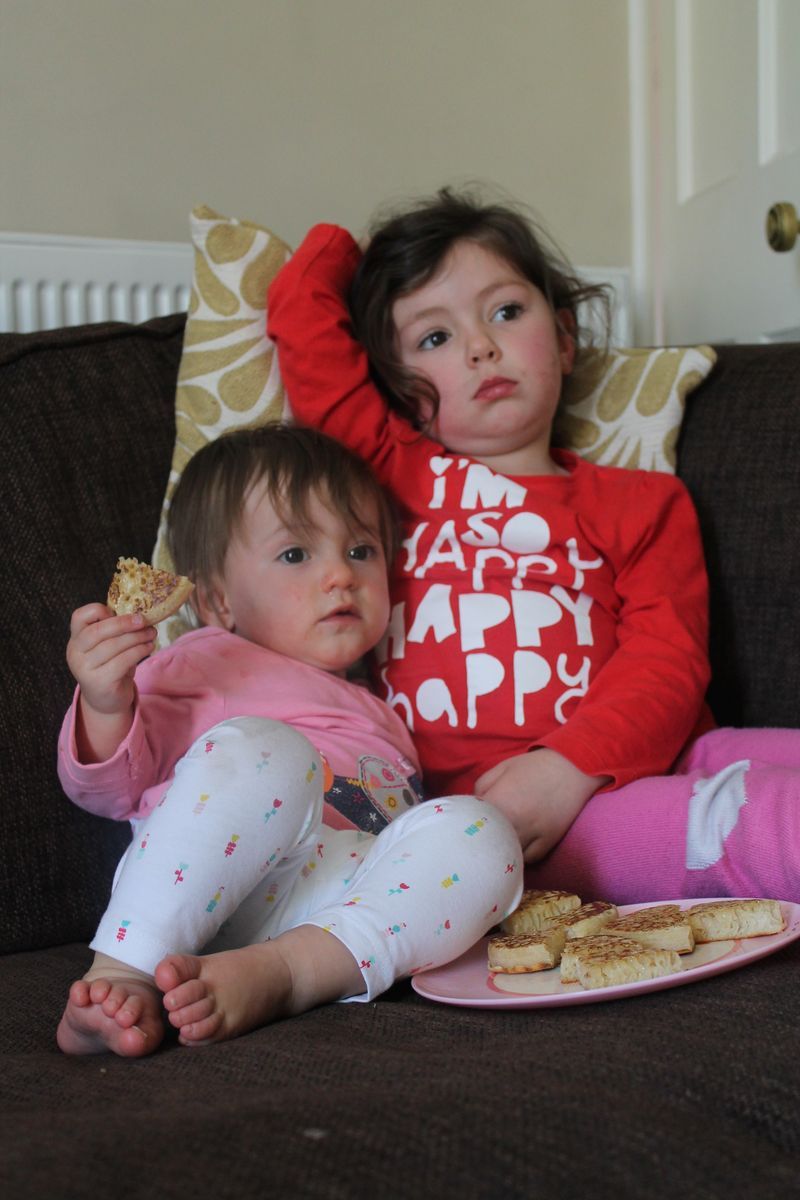 Sharing crumpets after playing in the garden

I suppose it helped that the sun was out

Later on in the afternoon, the four of us and some other friends drove the short distance across town to my sister’s house for a BBQ!!

Early in the season I know but the weather looked lovely.

We all just sat back in the sunshine, catching the rays and chatting over beer for the boys and prosecco for the girls. We watched as our five girls all played together into the evening sunshine before being settled into the sofa with a movie, warm milk and a biscuit, while us adults (although sometimes I do wonder!!) continued to have just a few more drinkies outside in the dark in the decidedly cooler air!

And, as it has been so sunny earlier on – my attire was less than warm!

But, in true British style, we were determined to believe it was spring with a sweltering summer just around the corner, and we soldiered on into the night with blankets, heaters and even sleeping bags to keep us warm and cosy! 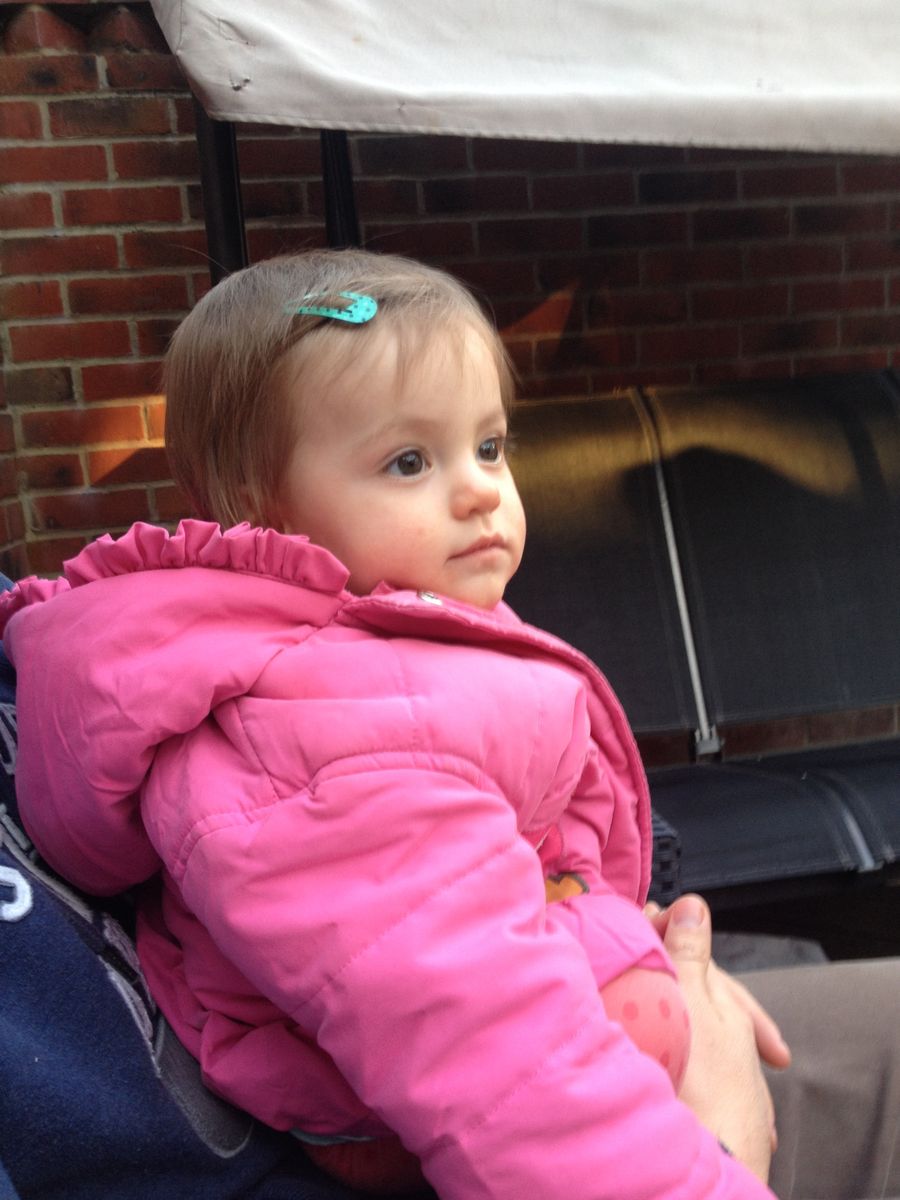 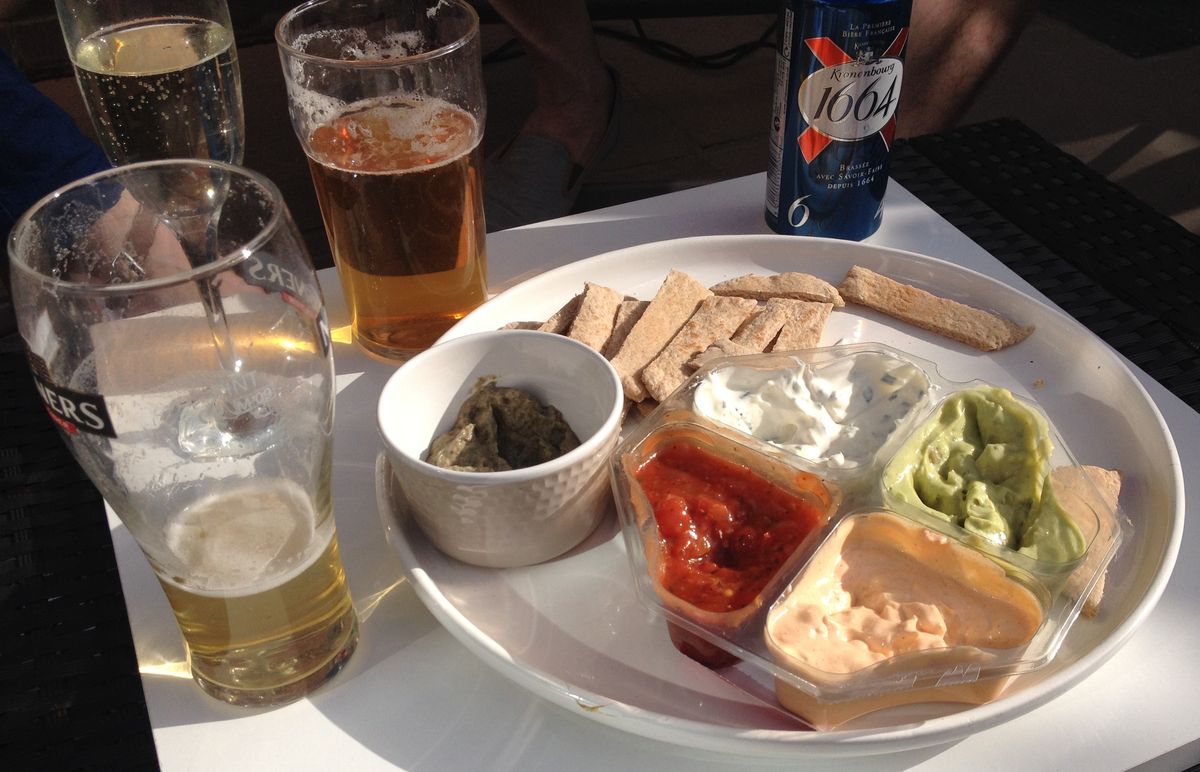 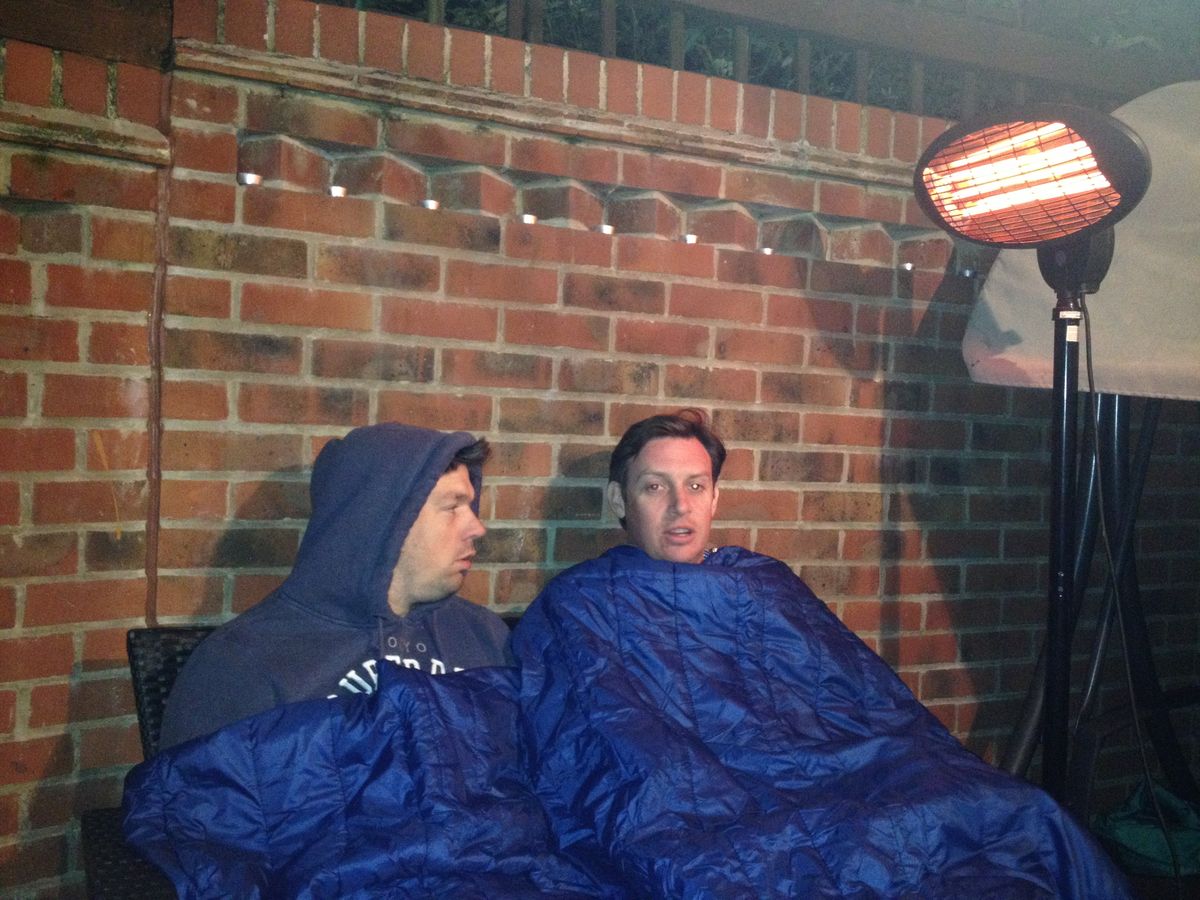 I then spent Saturday morning at a friend’s house.

The boys had decided at the previous night’s BBQ that they should all meet early the next morning to play a quick nine holes on the local golf course and so, to pass the time, the girls all camped out at one of the other ‘golfers wives'(!) houses, to chat over coffee whilst overseeing as the children all wreaked havoc in the fabulous playroom!

Then, the boys returned, and it was more warm drinks on the patio whilst the daddy’s took it in turns to give wheelbarrow rides around the garden much to the delight of the overly excited kids!

Easter Sunday was unfortunately a bit of a write off as the weather was pretty awful down in the south.

I was on my own with the girls as Mr B was (yet again!!) playing golf down in Southampton this time (in the torrential rain I might add!)

So I spent the morning playing games and having snuggle time on the sofa whilst watching Tangled and Frozen (our favourites!!)

I had also planned to do an Easter egg hunt in the garden for H, but as it was raining so much, I had to do it in the house instead.

Apologies for the awful photos – I was in a rush as H was getting impatient, and then was lightning quick as she looked for the eggs also!!

My sister has nicknamed her ‘Taz’ – after the cartoon tasmanian devil!! 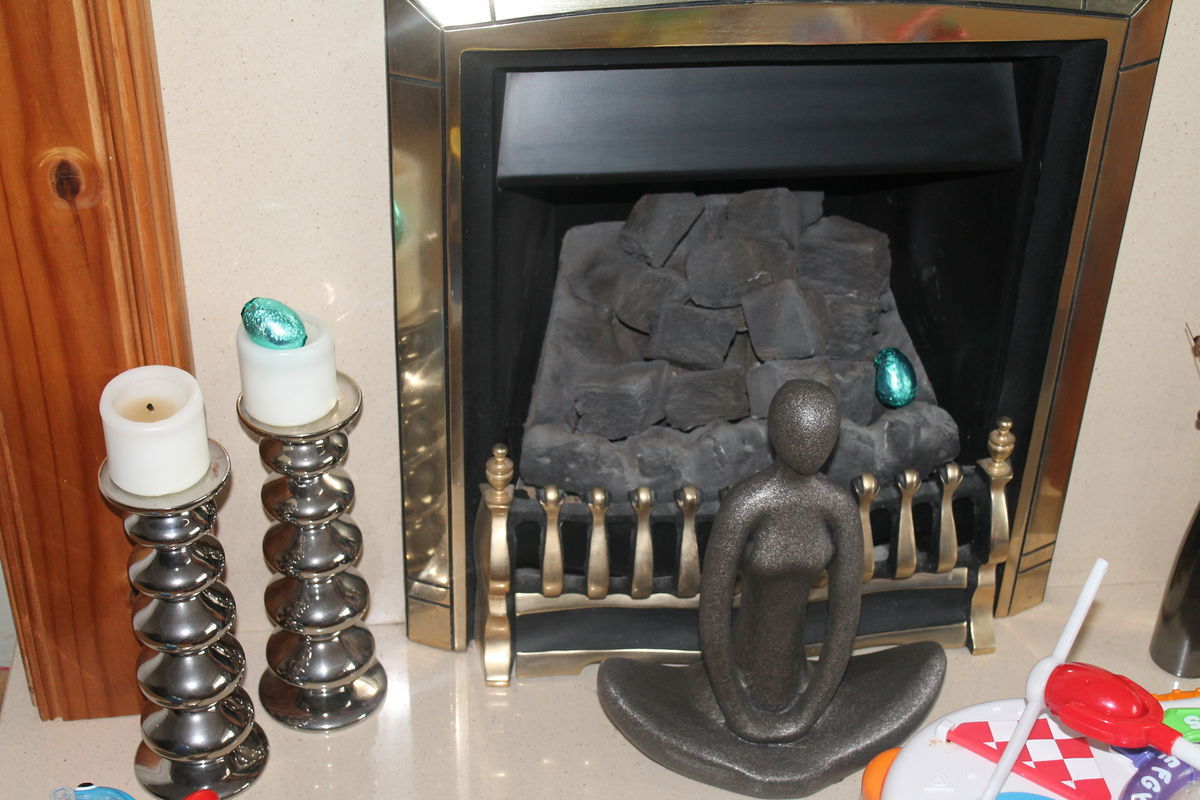 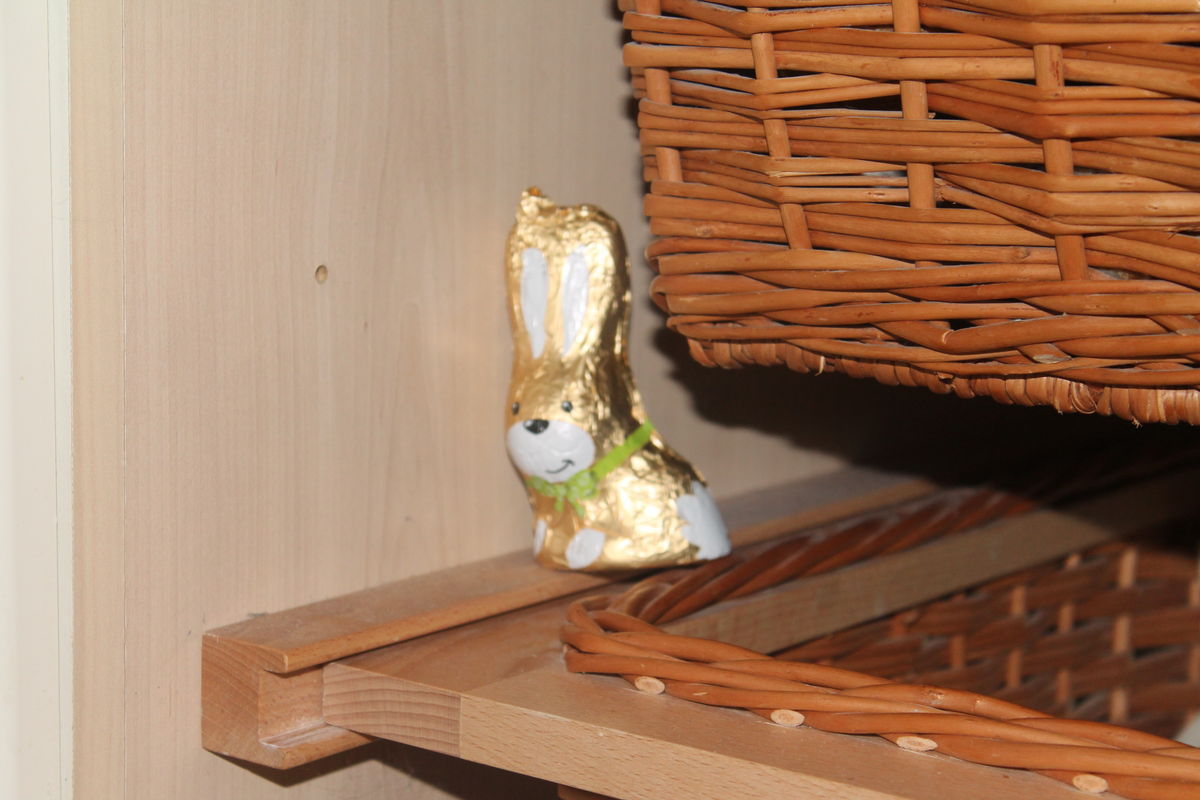 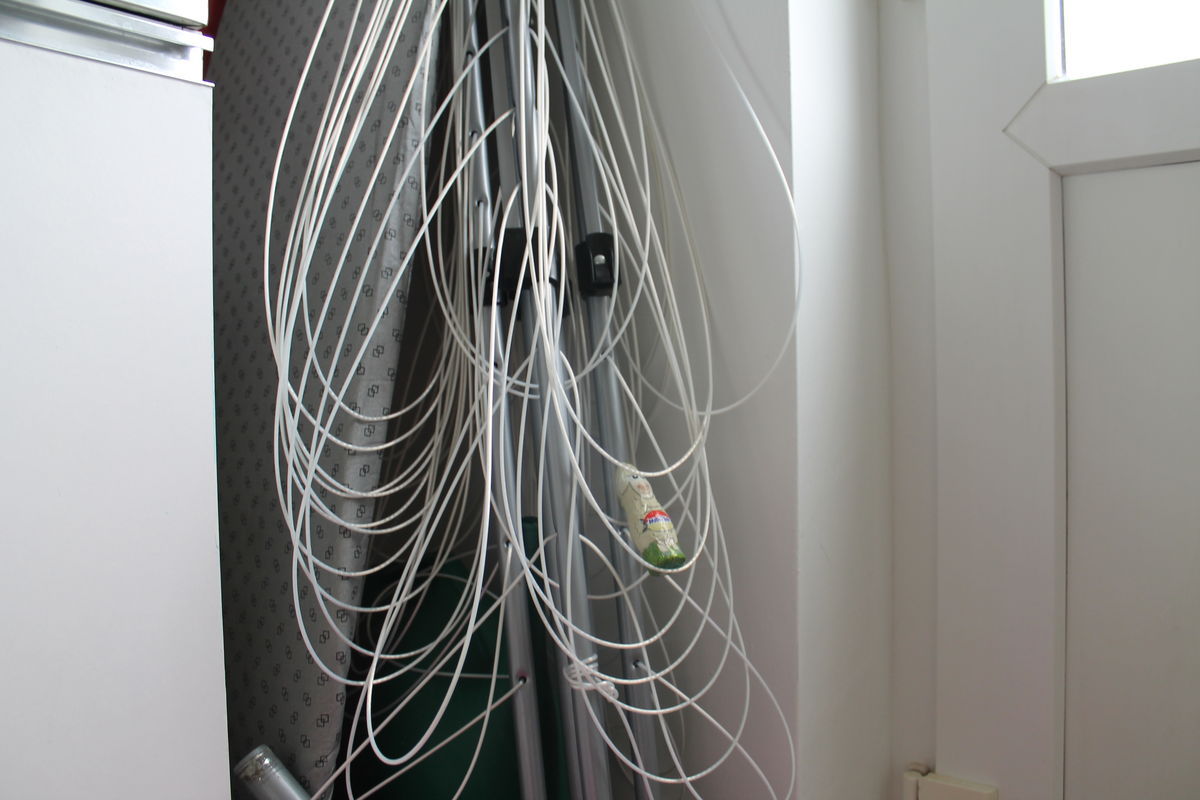 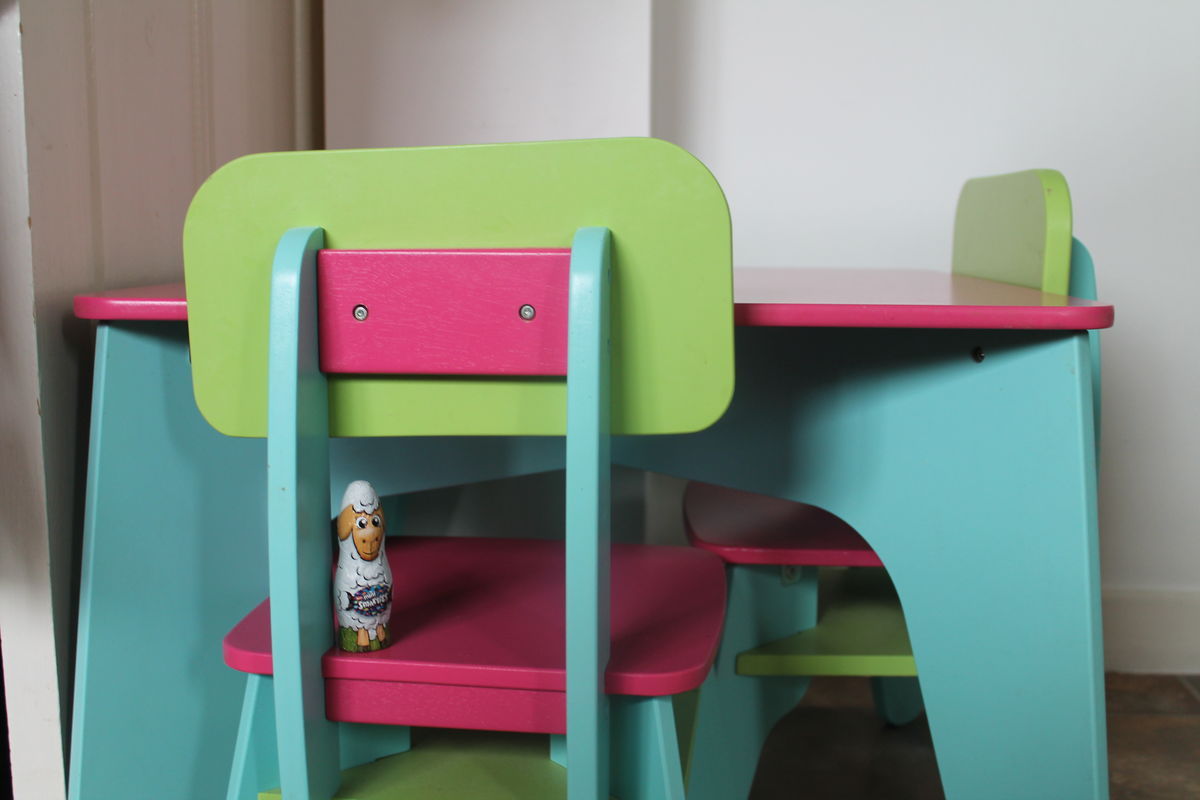 This went down a storm though, as H absolutely loved it!

So much so, that once we’d found all the eggs (there were quite a few!!) I had to rehide them all so she could do it all over again!!

And then, even after she’d found them, she kept looking for about half an hour afterwards.

I did tell her that she’d already got them all, but she refused to believe me and kept rustling at the curtains and peeking under beds anyway!!

It did make me giggle! 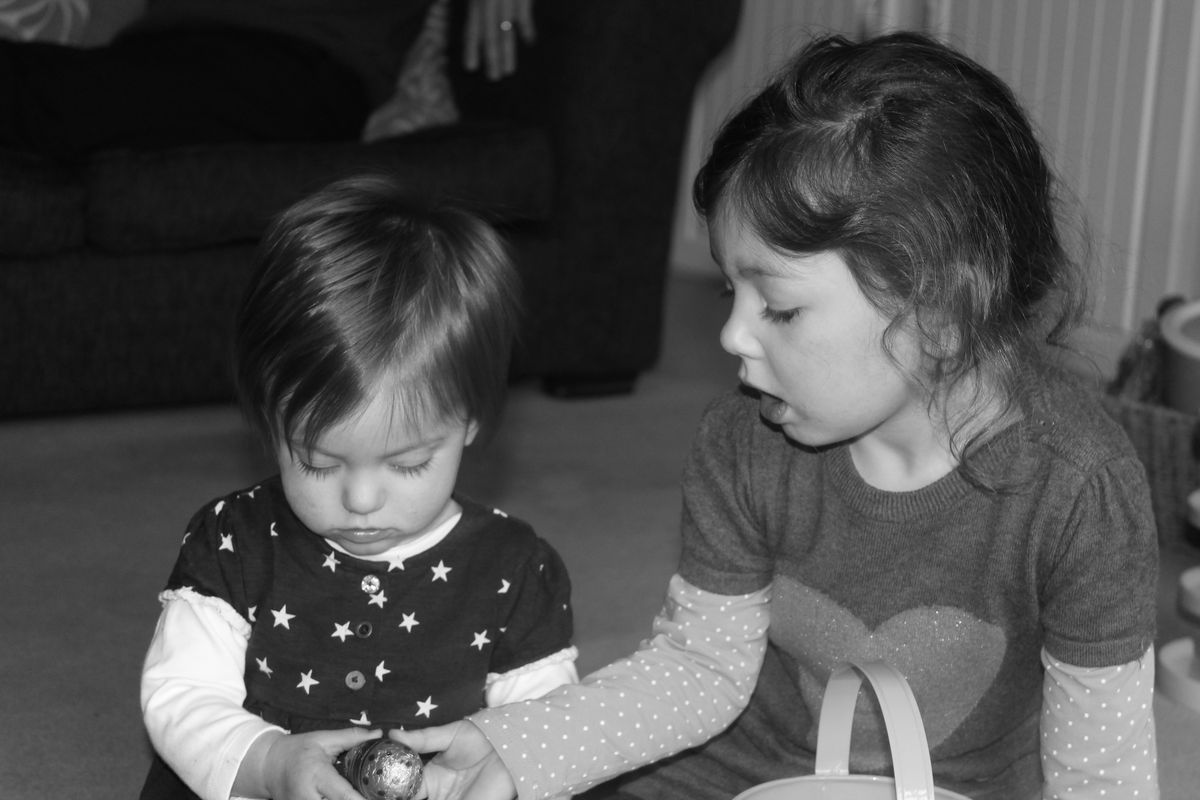 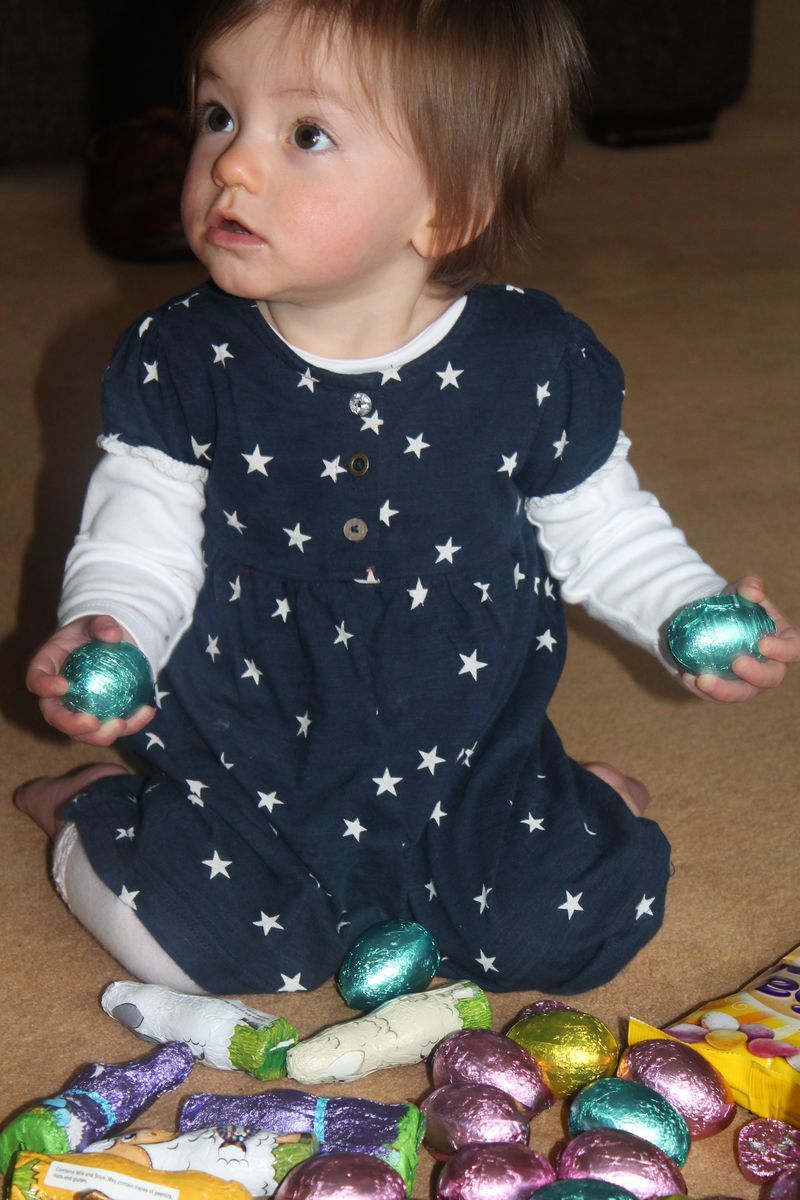 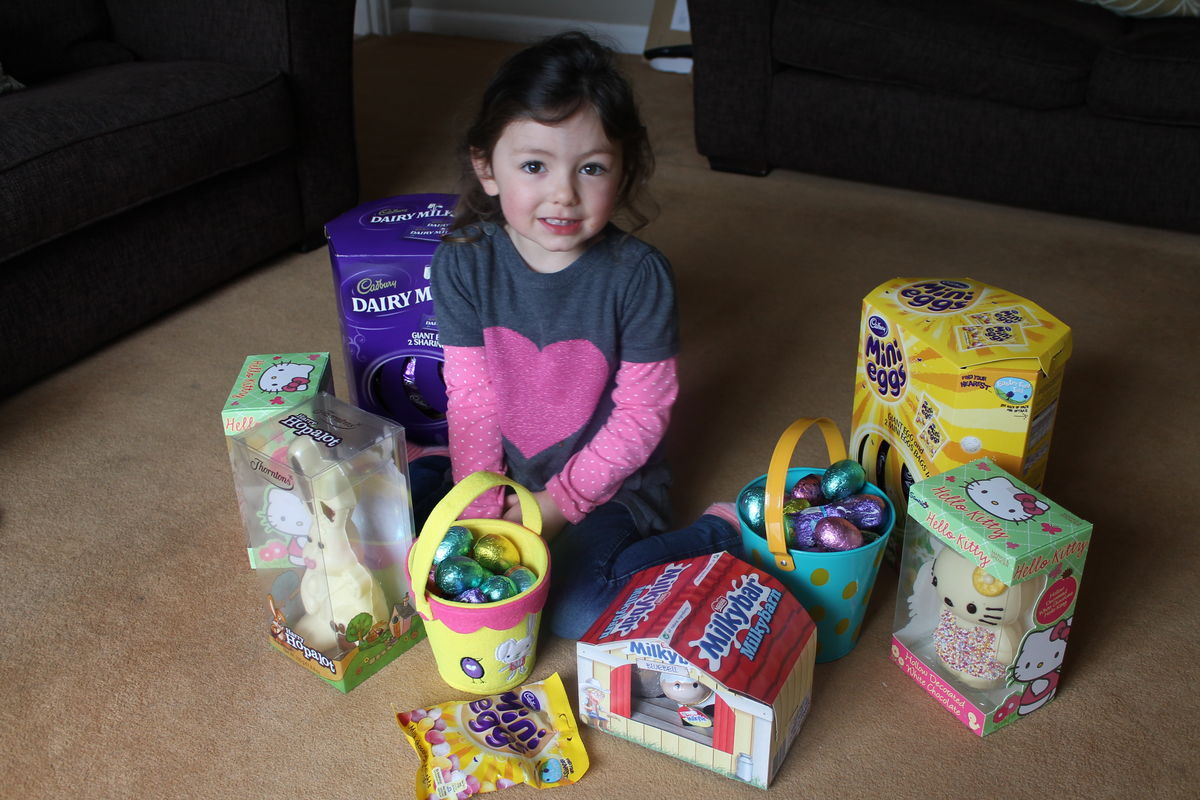 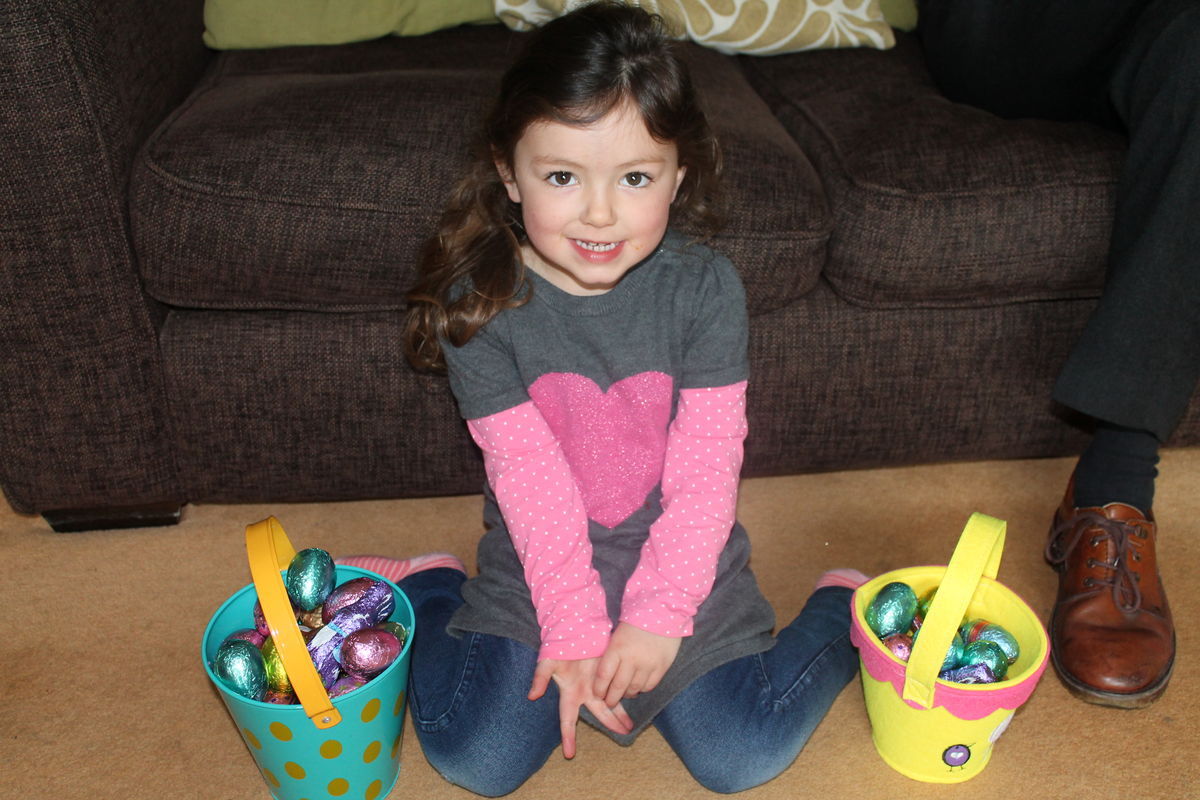 So last but not least, on Easter Monday, a few of us decided to make the most of the last day of the long weekend, especially since the sun was out again, and took a spontaneous trip to the local Bucklebury Farm Park. 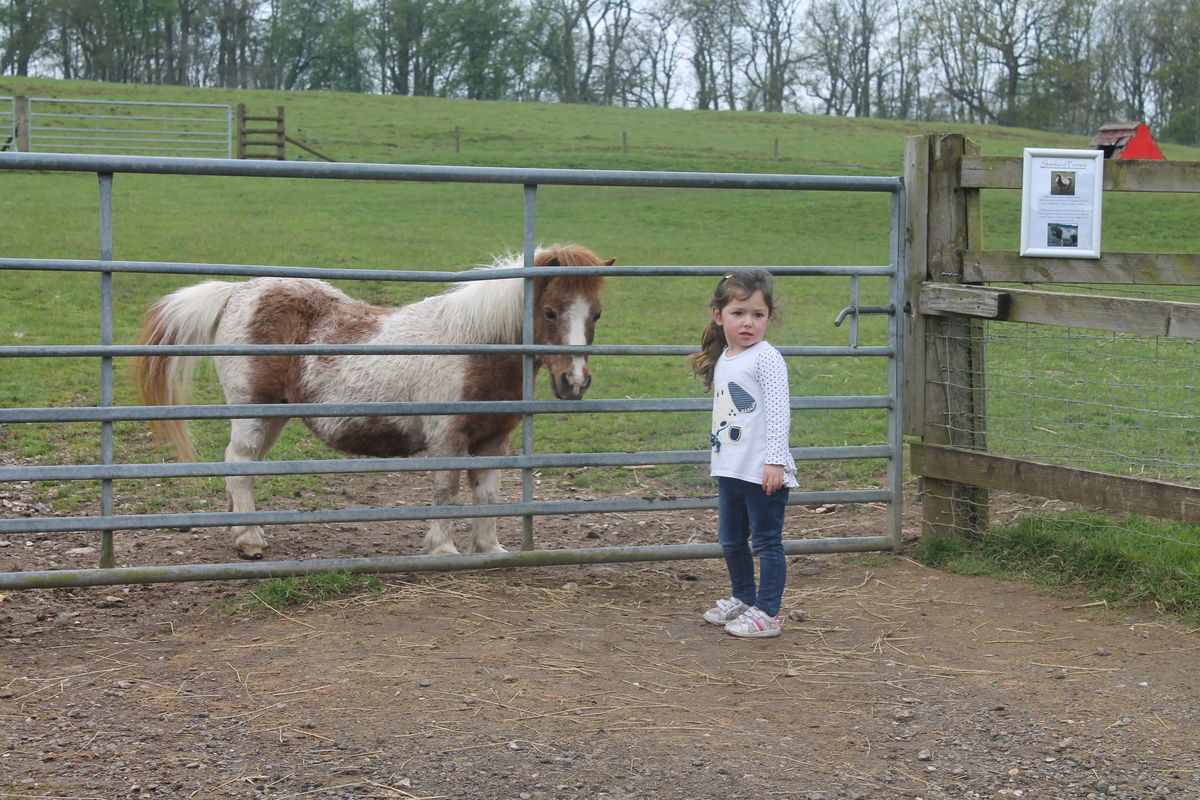 It’s such a fantastic place for children. It’s only small, but you could really spend hours there.

And I had been banging on all weekend about wanting H to feed the lovely spring lambs which the park was bound to have in abundance! 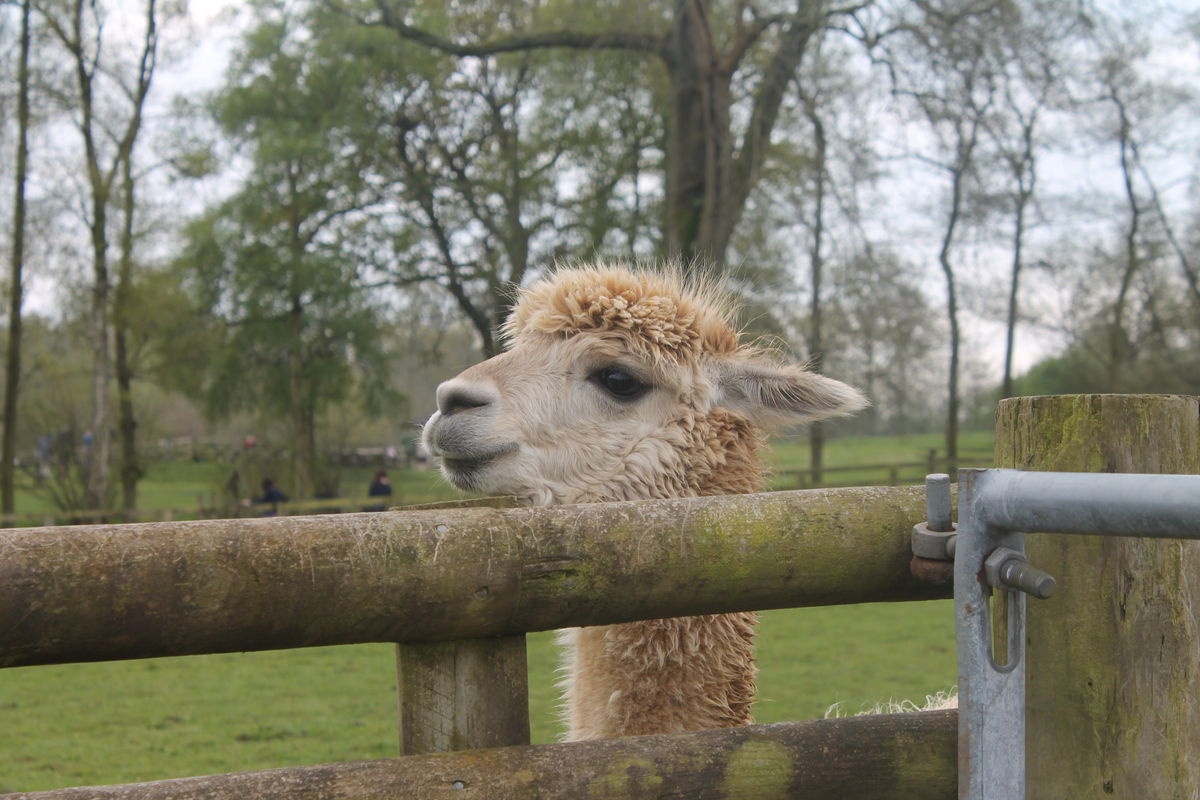 When we got to the park it was decidedly brisk and a little misty so it was bacon butties and coffee all round to kick start the day!

We bought our bags of animal feed, (with hand gel securely sat in our pockets!!) and went for the little walk around the animal pens. I say little; it really isn’t a long walk at all, but it took forever!! Only because the children were having such fun feeding and petting all the animals; Pygmy goats, six week old calves, giant rabbits, chickens, miniature ponies and donkeys………no lambs!!

Although Mr B tells me that they were there, but I was too busy in a different pen at their feeding time!

We even saw Santa’s reindeer on their holiday obviously from the North Pole!!??!!

That’s what we told the little ones anyway!! 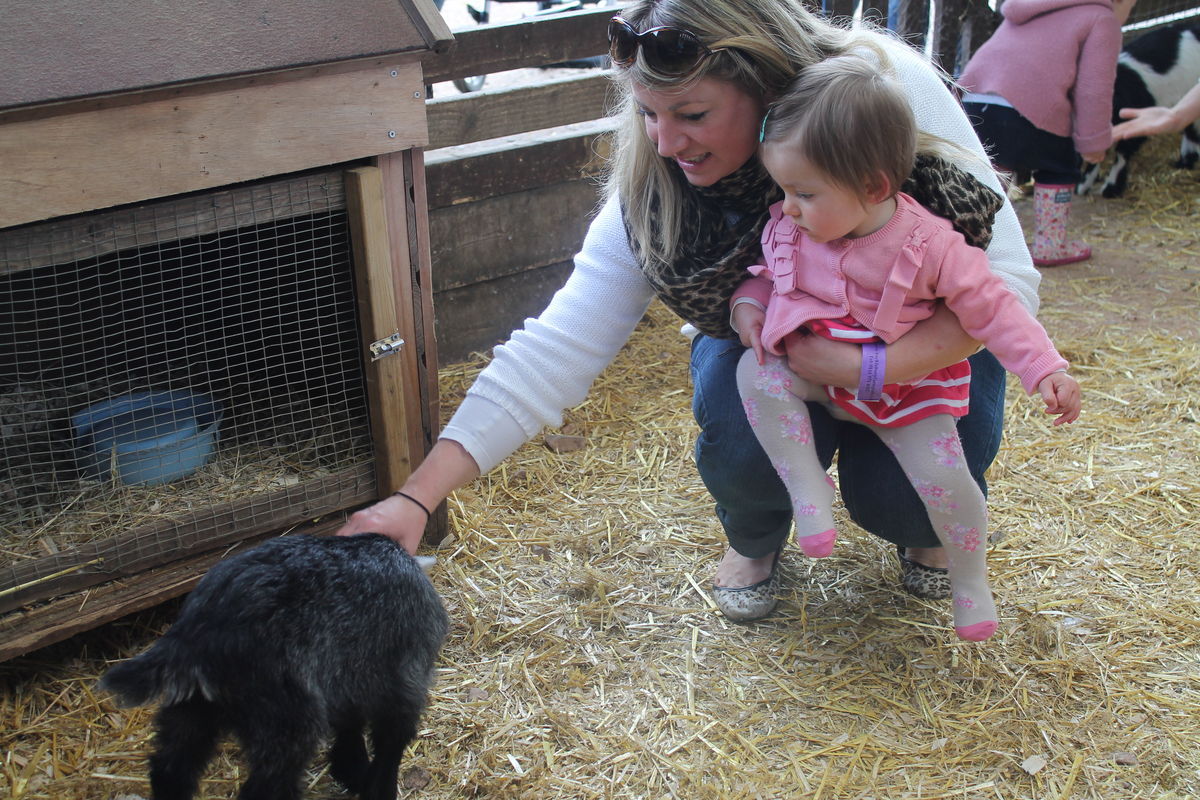 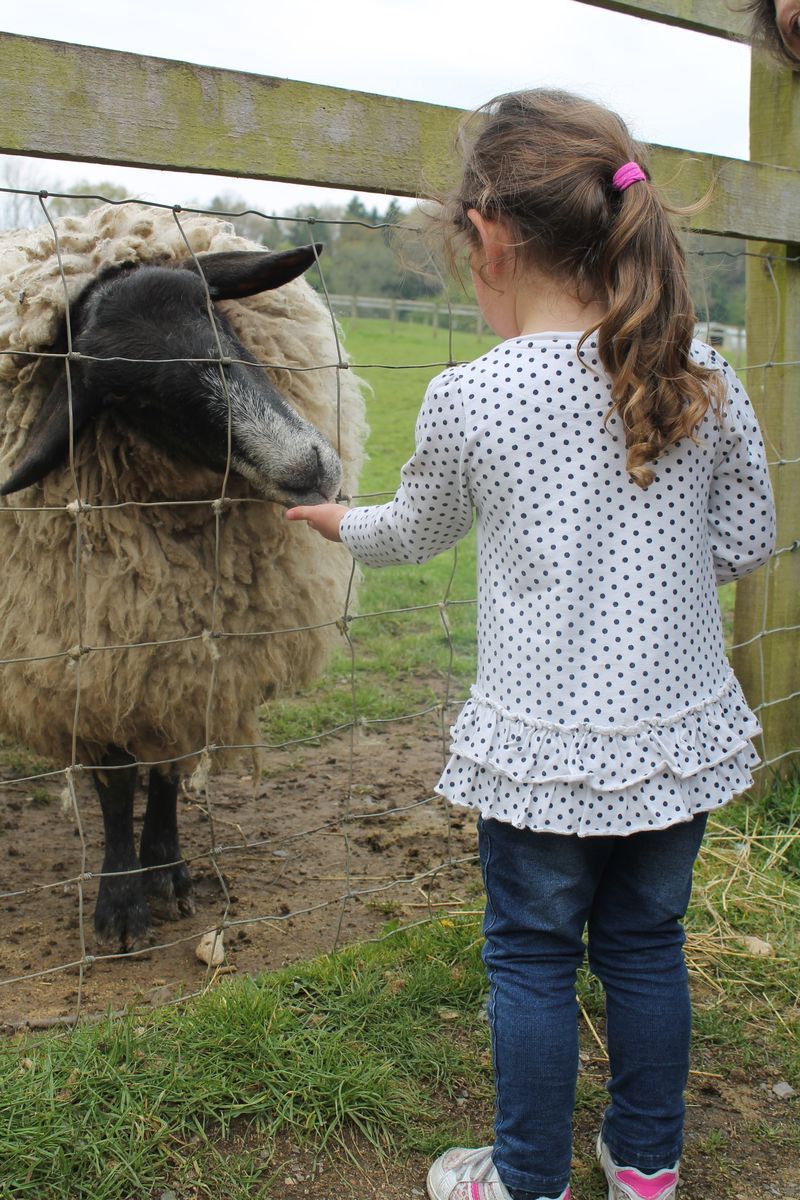 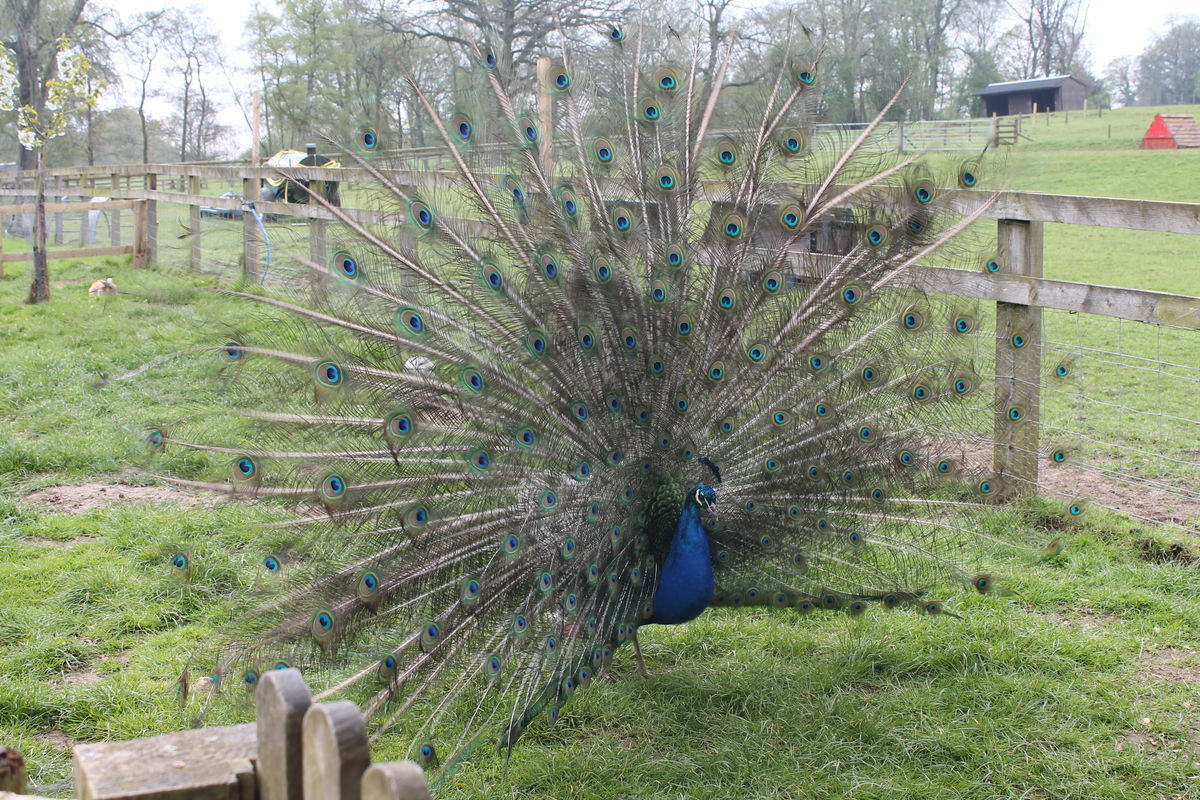 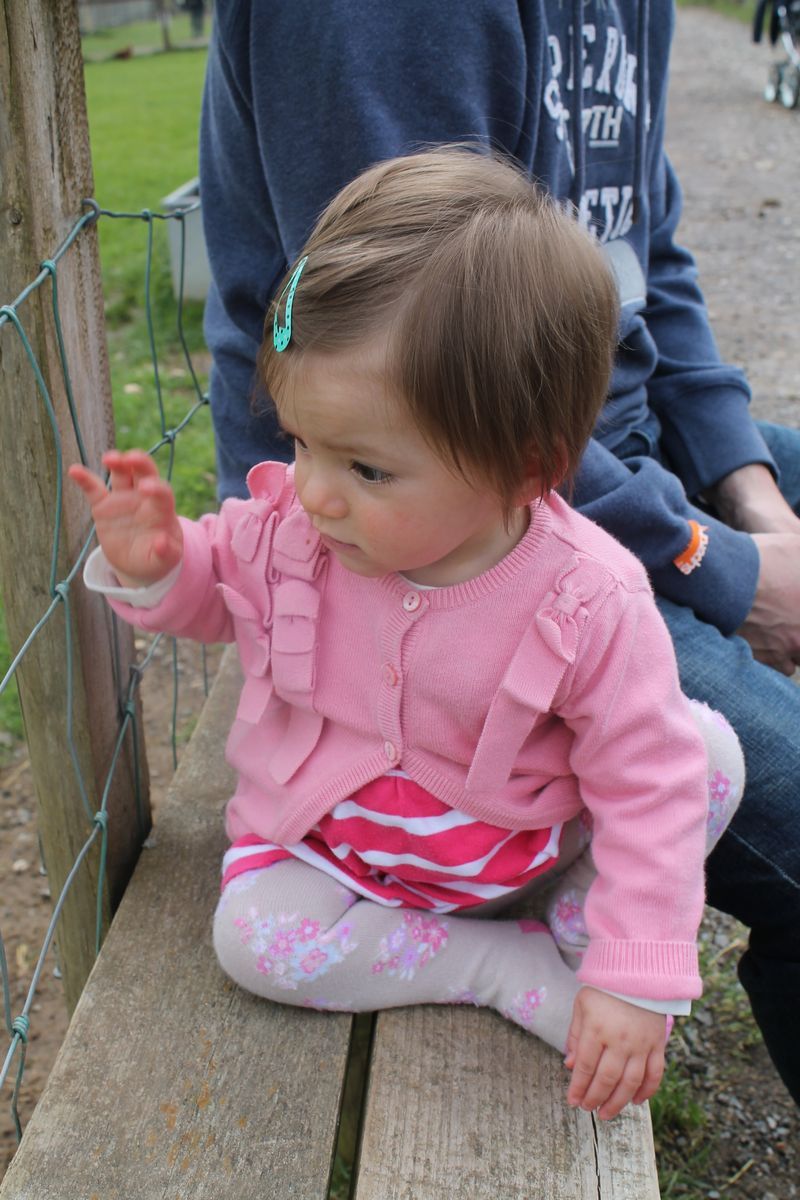 I think the adults had just as much fun as the children really as the animals were just too cute!!!

Then, once we’d seen the animals, and trekked through the adventure jungle, it was picnic time followed by lots of climbing, swinging and sliding in the massive play area, before it was time to head home. 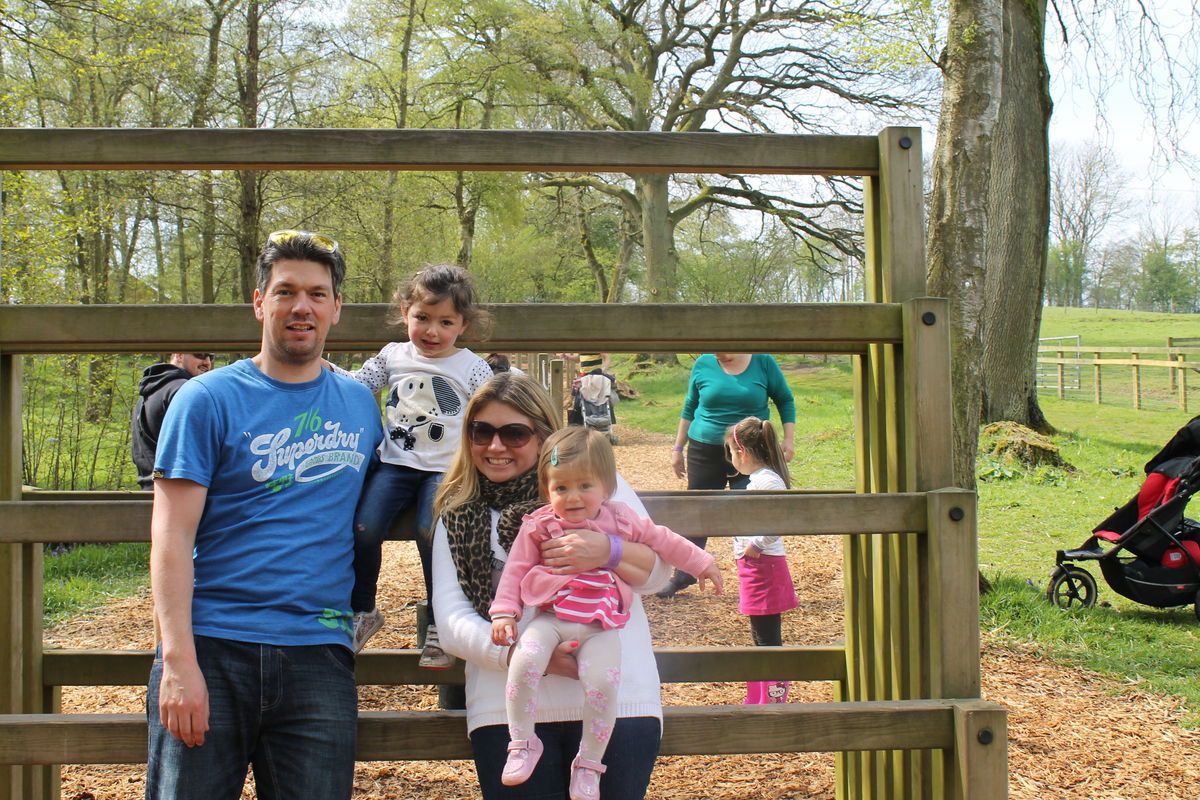 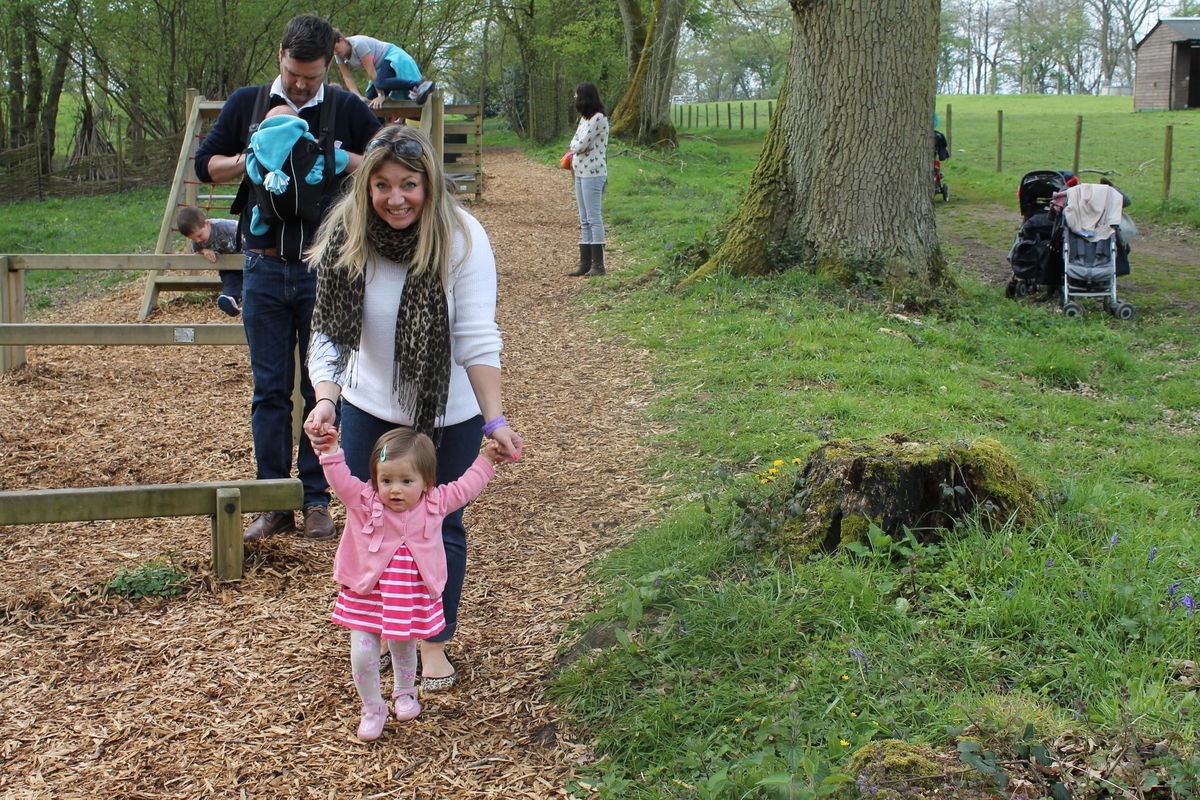 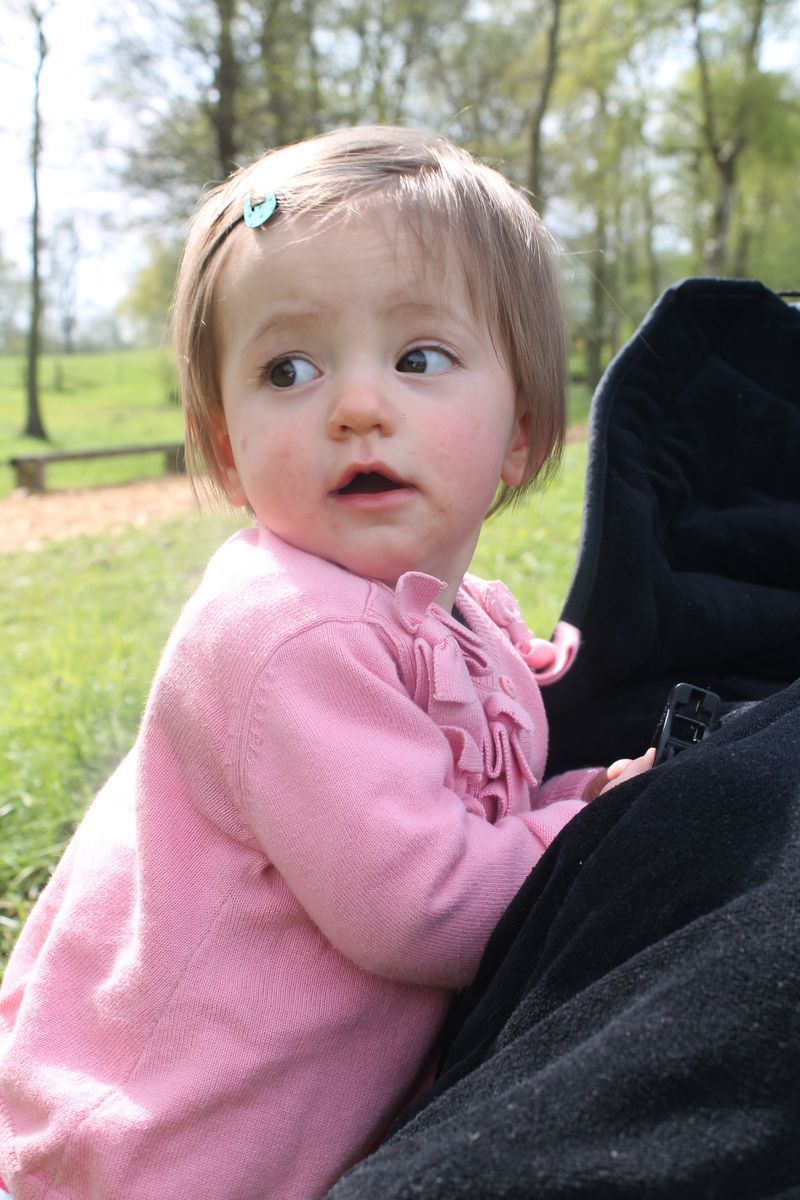 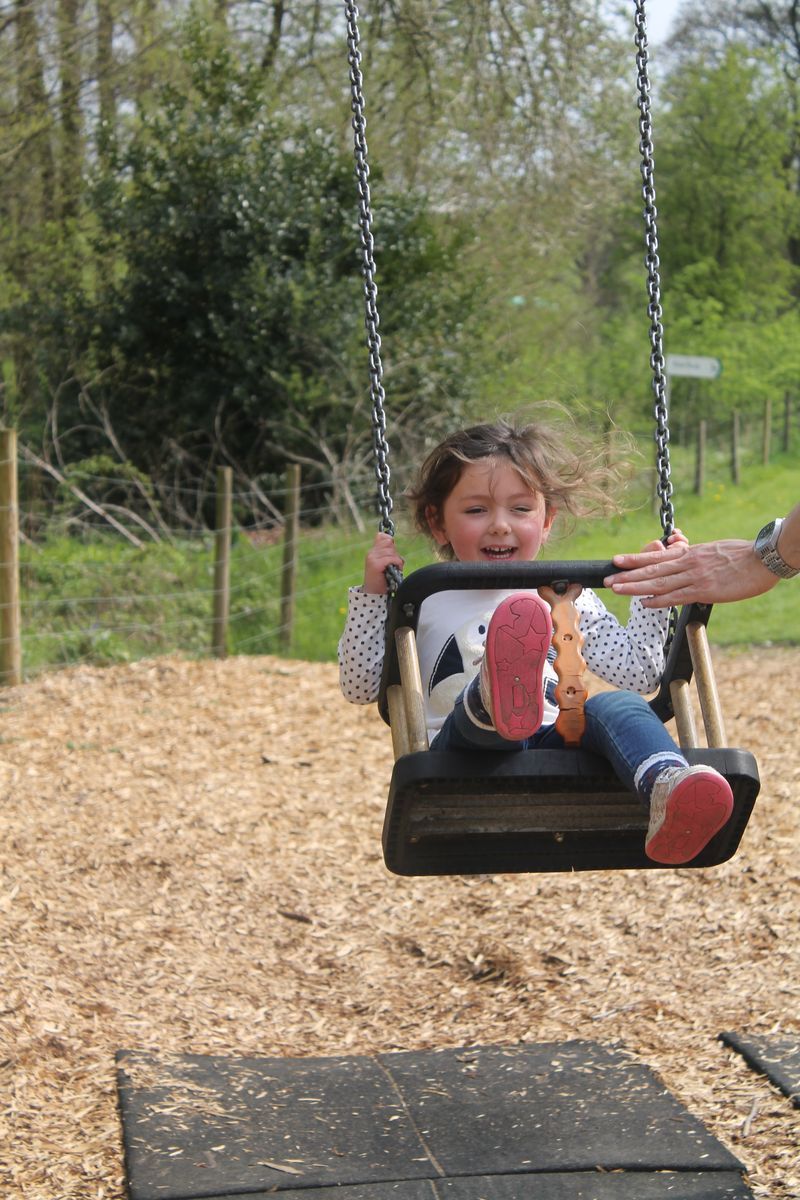 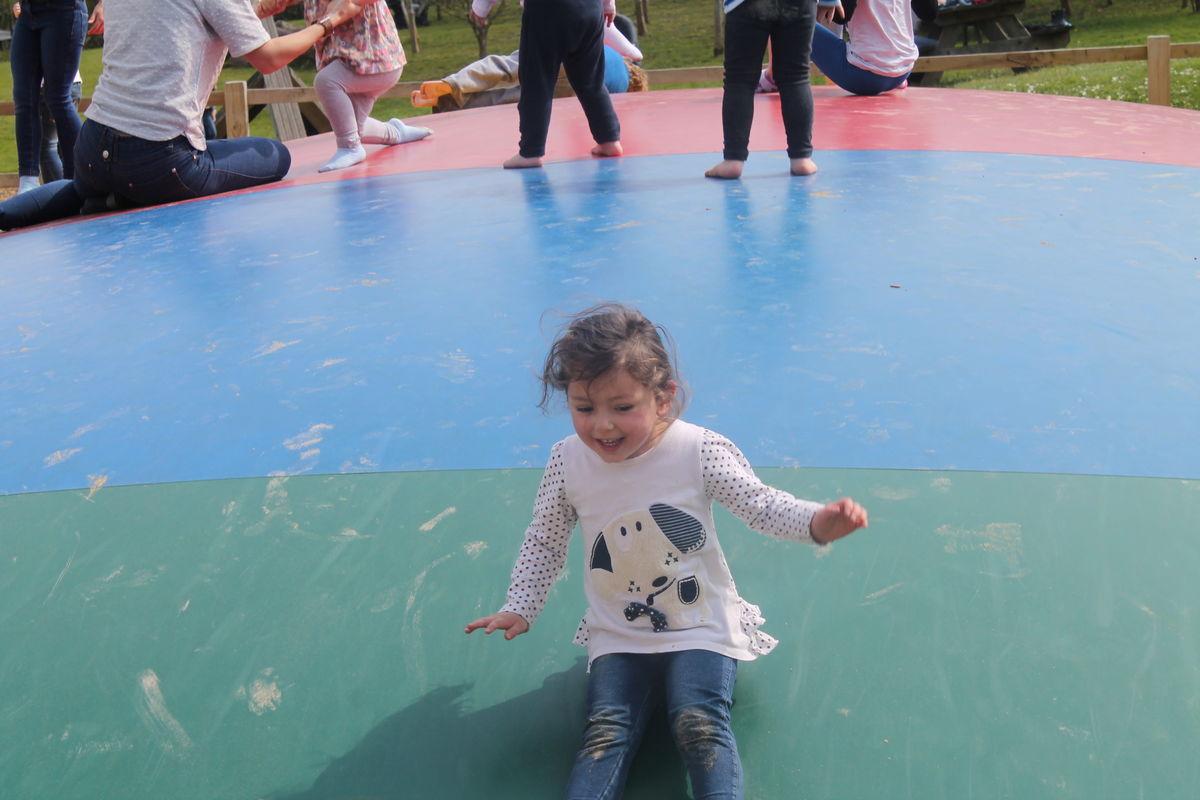 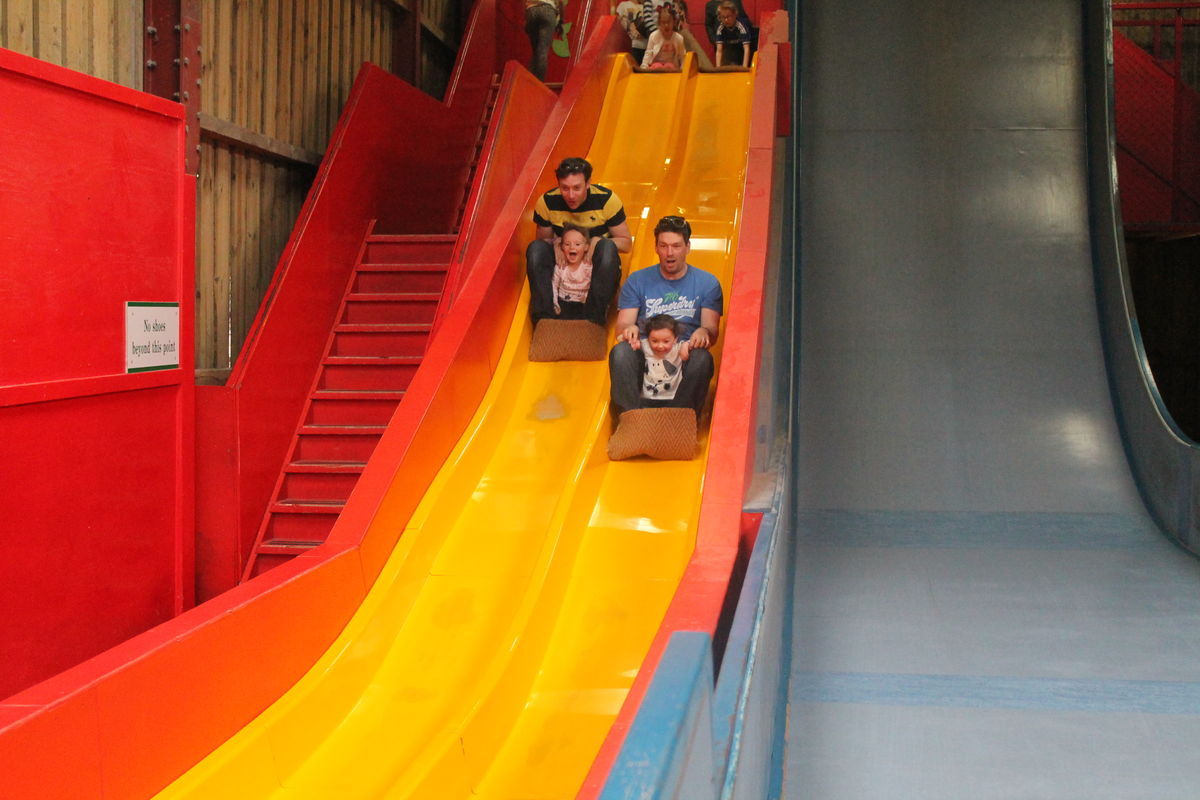 So, it wasn’t the most expensive of weekends, but it was a fabulous one.