In which case, I think it’s high time I started writing again.

(That’s it, pick yourself back off the floor, as I can tell you’ve fallen off your chair!)

It’s been nearly six months now since I last published anything, and it’s been quite shocking to realise just how much I’ve missed it; far, far more than I ever believed I would! So, if not for any other reason than for the fact I really enjoy it and that it makes me happy, I’m giving it a go again. Not entirely certain what I’ll be writing about just yet, or indeed how often (baby steps and all), so I think I’ll just take things as they come. No rush, no agenda, just me. 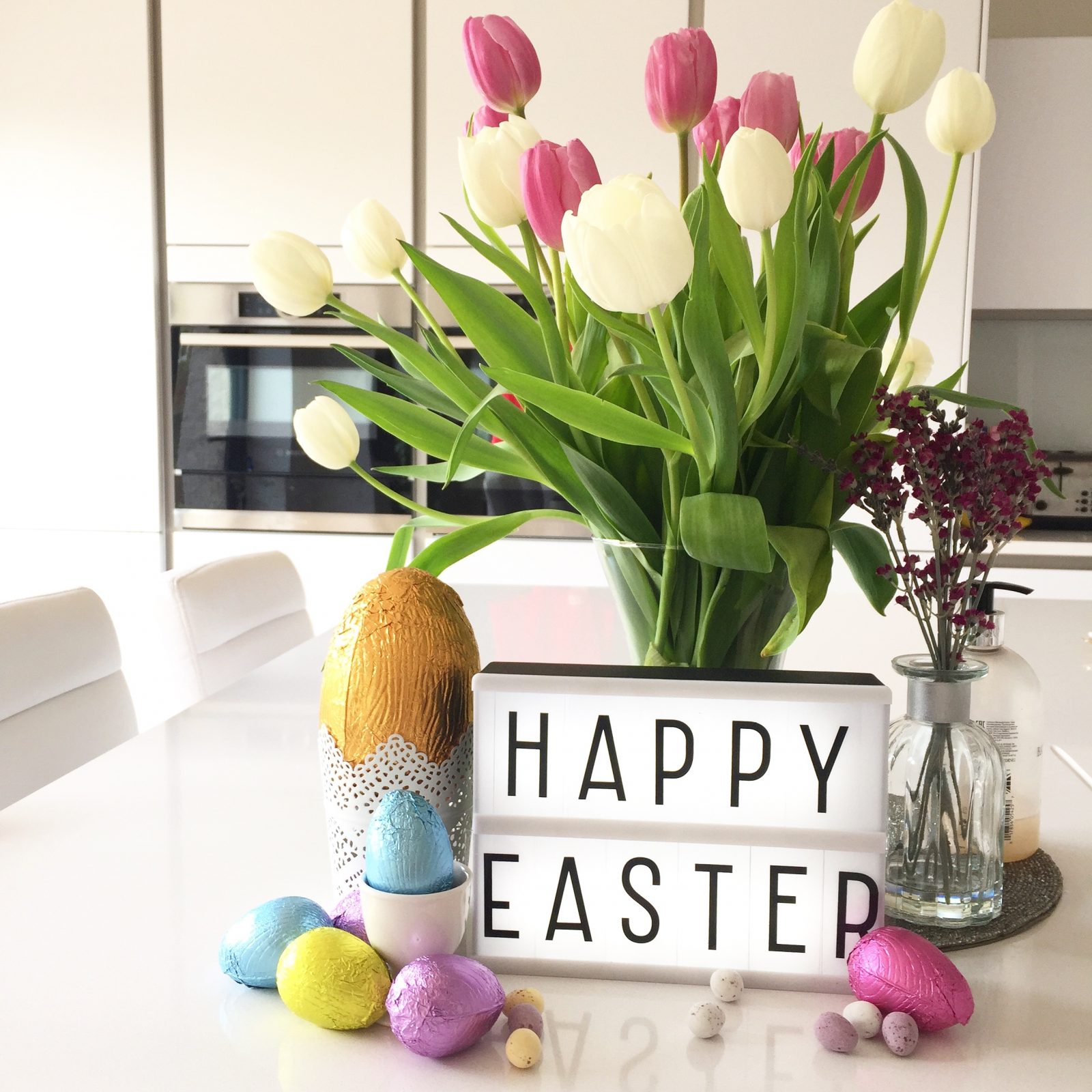 So I thought an easy way to get back in the game again was to write a little something about what my family and I have been up to over the Easter break.

I can’t quite believe the Easter holidays are over already though. Can you?

Holly starts back at school tomorrow, (and is very tearful tonight at the thought of returning to lessons and learning)! It’s all over in just a blink of the eye isn’t it, with nothing more than a few more beautiful memories to look back upon.

Unfortunately, neither my husband or I had any time off from work over the fortnight which really was a such a shame, but we’d both already booked most of our holiday quota for other things throughout the coming year, or at least have holiday days earmarked down the line.

So it’s at times like this where I wish I was super rich! Where I could afford not to work at all, where I could then spend every last second with my gorgeous family and ever-changing little girls, watching them play and grow each day. But hey, life isn’t quite like that, is it?  And of course I’m still looking for that perfect job where I get paid loads of money to work from home, with hours as flexible as they can possibly be! But again I suppose, isn’t everybody?!

Back to reality, Steph!

So getting back on track….Easter!

We made the very most of the lovely long bank holiday and the weekends either side and still managed to make memories in the precious time which was afforded to us.

The weather was pretty kind to all of us I think over here, without having to travel too far to find the sunshine, so we spent many of the days out in the garden, just playing and having fun. The children helped us clear up the garden as we readied it for the summer BBQs to come. Speaking of which, we actually managed to get two in over these past few weeks. Ok, so one of them we really had to wrap up pretty well for, and all donned our cosiest sweaters, and snuggliest socks, just so that in true Brit style, we were out enjoying the early Spring fresh air!! If only I’d taken a photo of my husband cooking in his woolly bobble hat! 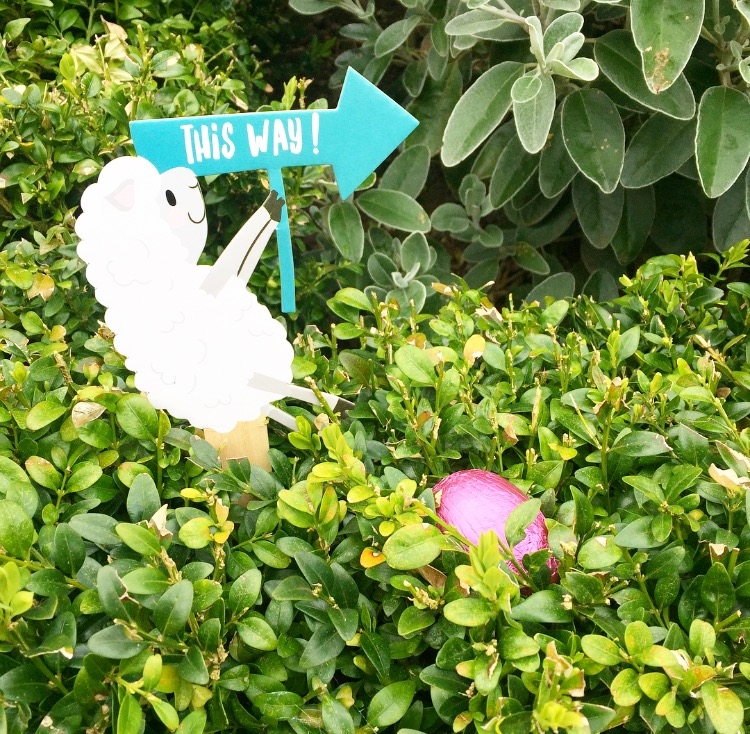 But as always seems to be the case, certainly with mine, the kids really don’t give much of a care to the weather, and they’d be freely running about in nothing but their knickers and still have a whale of a time! We just watched them and shivered as we did so. But we were all happy!

We’ve made or baked cakes with the girls, we’ve watched and laughed as they’ve tried to reach down the bags of chocolate eggs which I hid a little on the high side, whilst on their Easter egg hunt around the garden, there’s been the usual influx of children’s parties to get them off to, and there’s been play dates and sleepovers galore.

That, mixed with days at various clubs, with grandparents mucking out horses or just playing games has how this Easter has played out for us. But as far as our two little monsters were concerned, this was pretty perfect! No day was really ever the same and each day they returned saying “Best Day Ever’. Easily pleased perhaps, but beaming nonetheless. 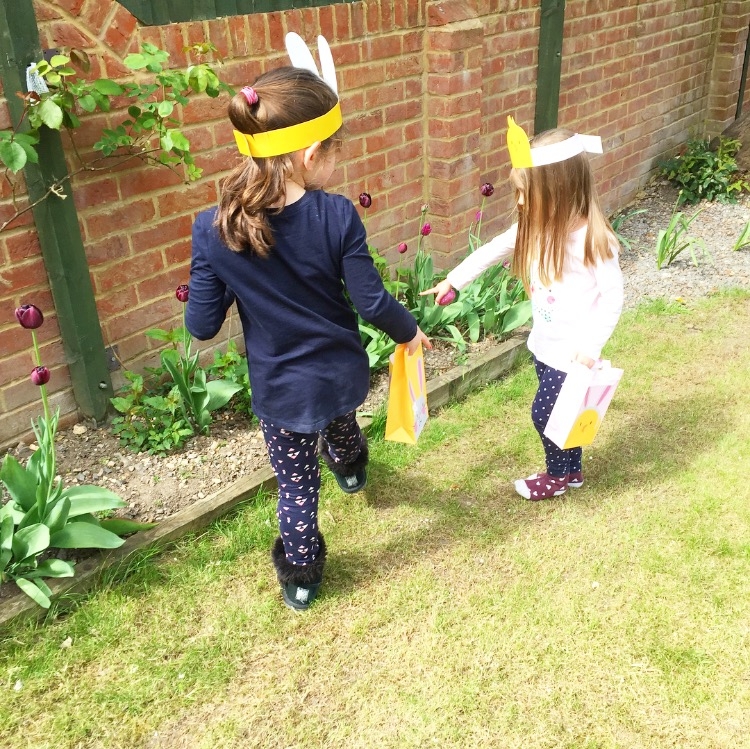 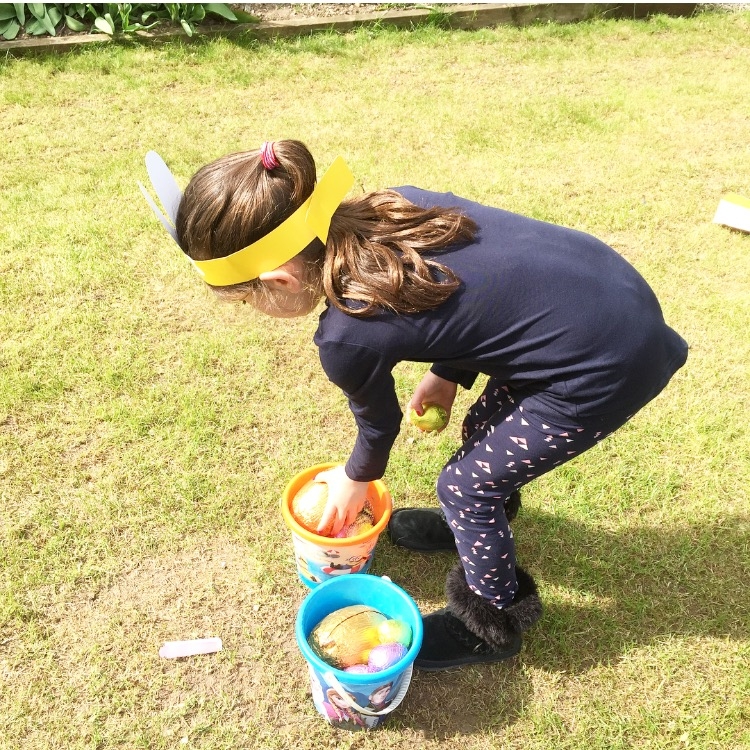 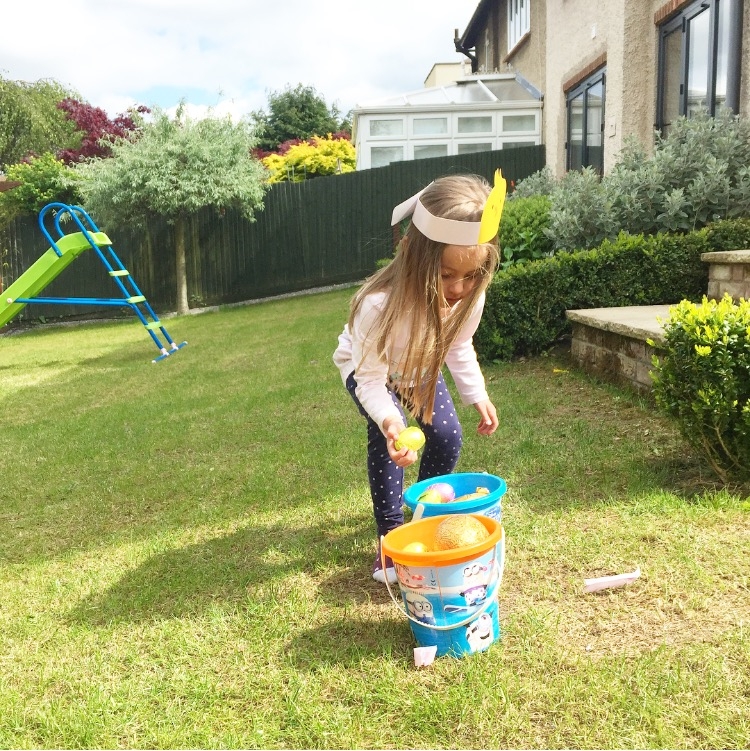 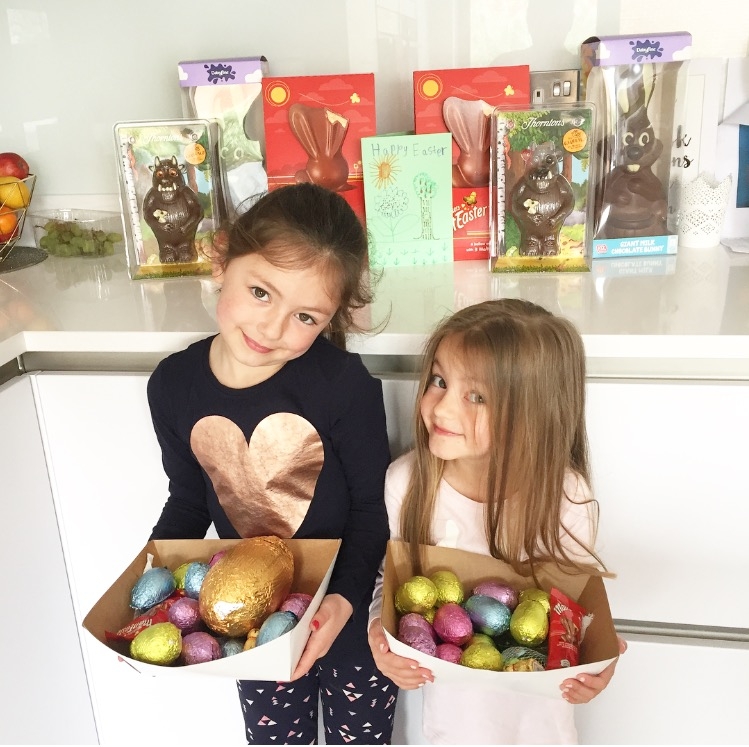 We did manage to get out on one day trip to though, and after originally planning to visit Warwick Castle, in the end we chose to spend the day at Chessington World of Adventures instead. Basically it was a day where the forecast for the weather looked a little on the unpredictable side, and on reading about Warwick, it sounded as though it might be too much for our aged children (we went with friends too which had smaller children), and at least at Chessington there was the chance to eat undercover if need be. 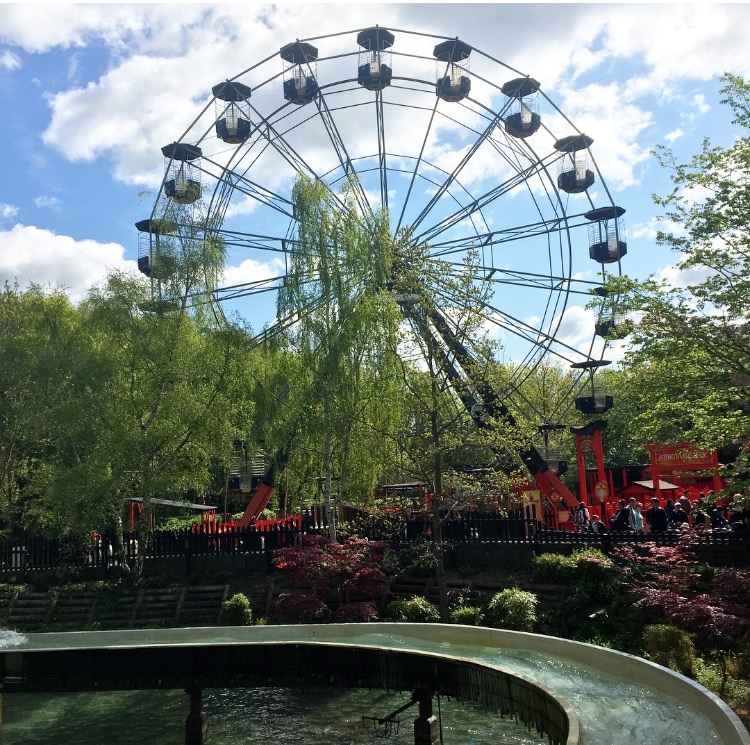 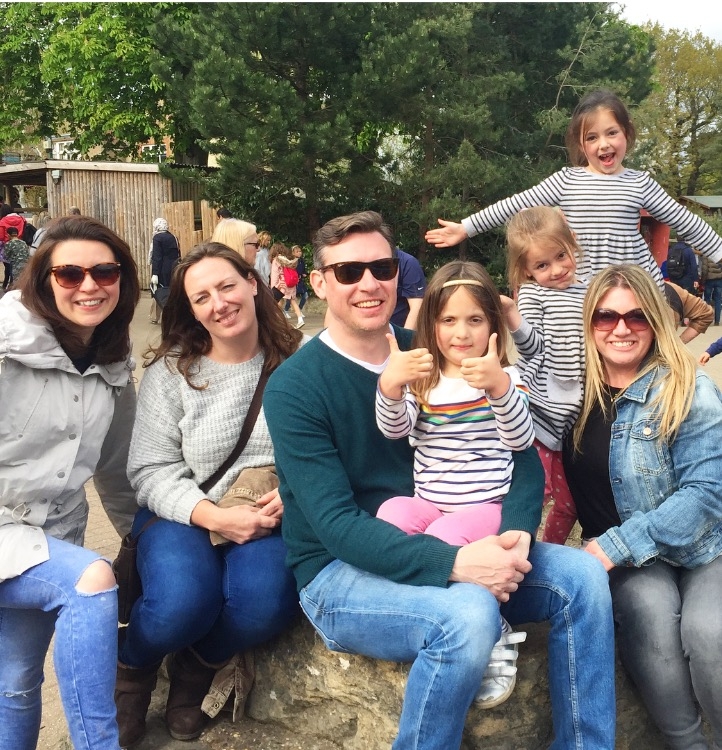 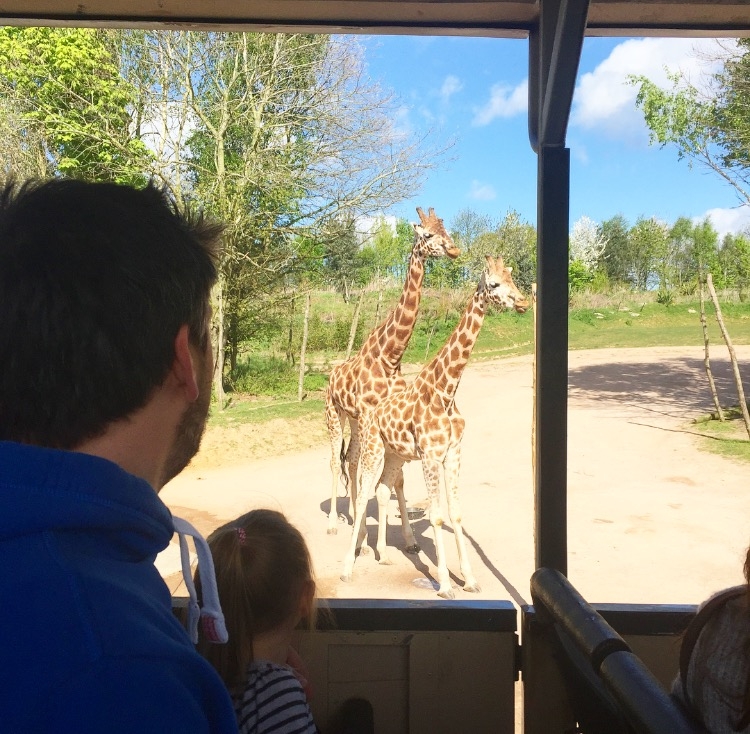 But as it happened, the sun came out for us anyway.

We’ll definitely visit Warwick one day, as Ella is fascinated with princesses and castles, but on reflection, we really couldn’t have been happier with our choice.

At first I was a little worried that I’d chosen somewhere where none of of our aged children could get on any of the rides due to their heights, but it turned out we’d been reading the information incorrectly! Oops. All in all it was a brilliant day, and we got to go on loads of rides with the girls, including obviously the new Gruffalo adventure ride, which was the highlight of the day out! Along with the ice creams of course! 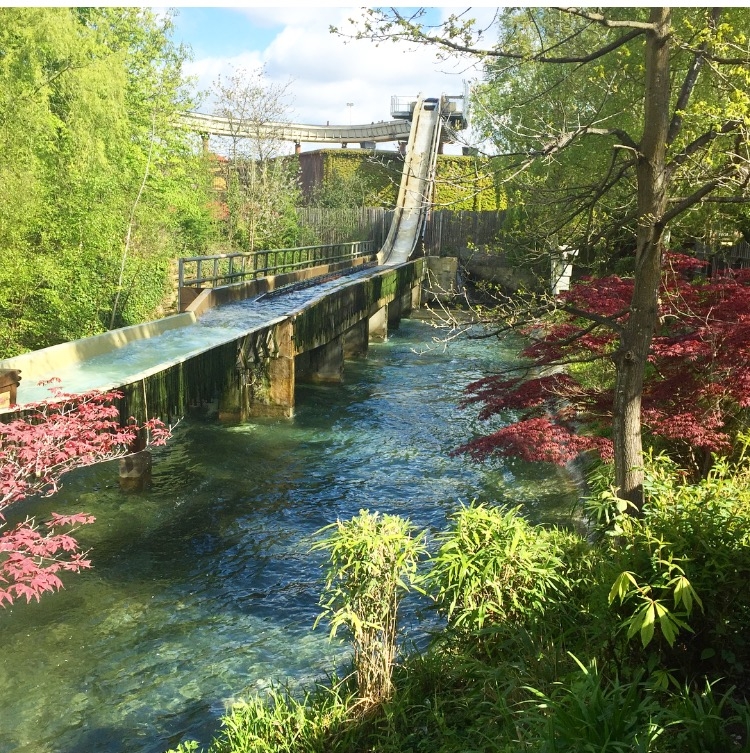 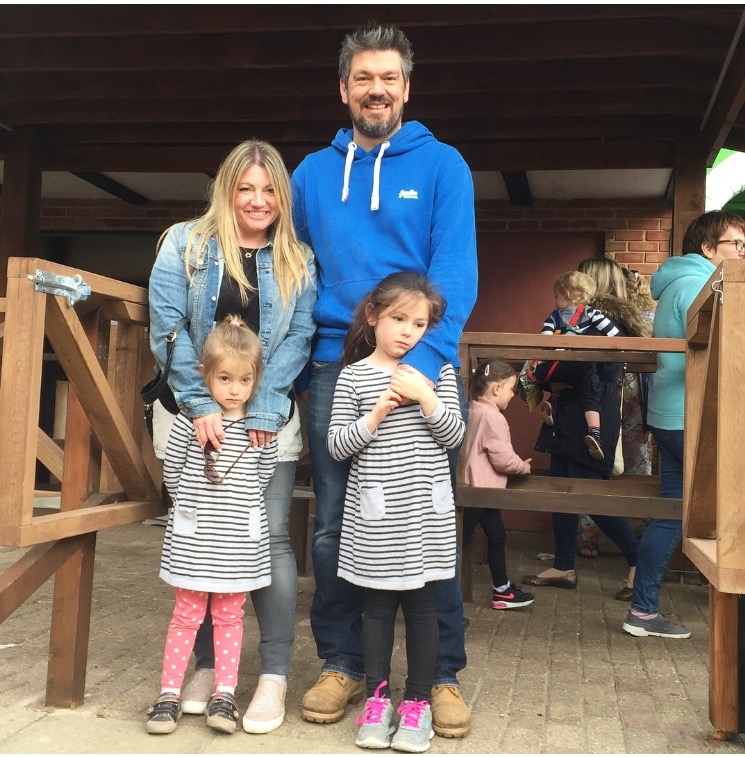 It’s been a wonderful few weeks, and although I know we didn’t get to spend as much time with the girls as we’d have liked, in a way, it still felt as though we were actually all on holiday together, as it’s been so much more relaxed on a day to day basis with no mornings panicking to get the kids up and dressed for school. 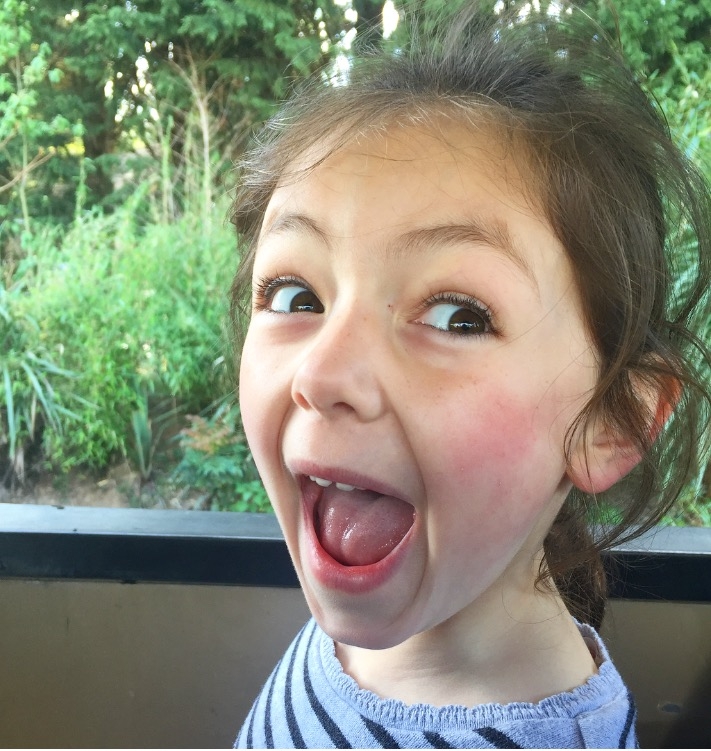 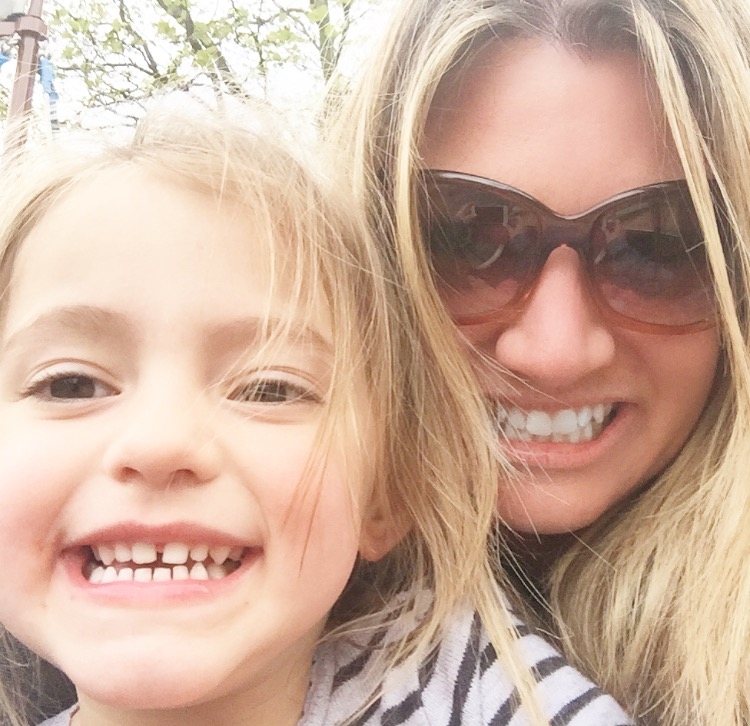 It’s going to be hard to get back to routine this week, but it’s wonderful to look back at the happy days we’ve spent together as a family.

We just can’t wait until half term now!! Only six weeks to go!